Being named the best player at the Under-20 World Cup isn't the one-way pass to football stardom many would expect.

While Lionel Messi, Sergio Agüero and Paul Pogba have won the honour in the last 20 years, so have Ismail Matar (never played outside the UAE), Dominic Adiyiah (currently in the Thai second tier with Sisaket) and Henrique Almeida (not wanted by Brazilian side Grêmio).

The latest recipient of the Golden Ball award was Lee Kang-in, who shone for South Korea at this summer's competition. There was pressure on the 18-year-old to lead his side to glory and ultimately South Korea came up short – they were defeated by Ukraine in the final – but Lee established himself as a future star.

In seven games the attacking midfielder struck two goals and registered a further four assists. An impressive output. Yet it's a bigger achievement when considered the host nation scored just nine goals in total. Quite simply, Lee was the difference-maker.

He will return to Valencia this summer at a career crossroads. Lee was part of the senior squad last season but his game time was limited. He was given just 21 minutes of LaLiga football and only 36 in the Europa League. There was greater first-team exposure in the Copa del Rey, however, and Lee started six times for Los Che, who went on to lift the trophy. 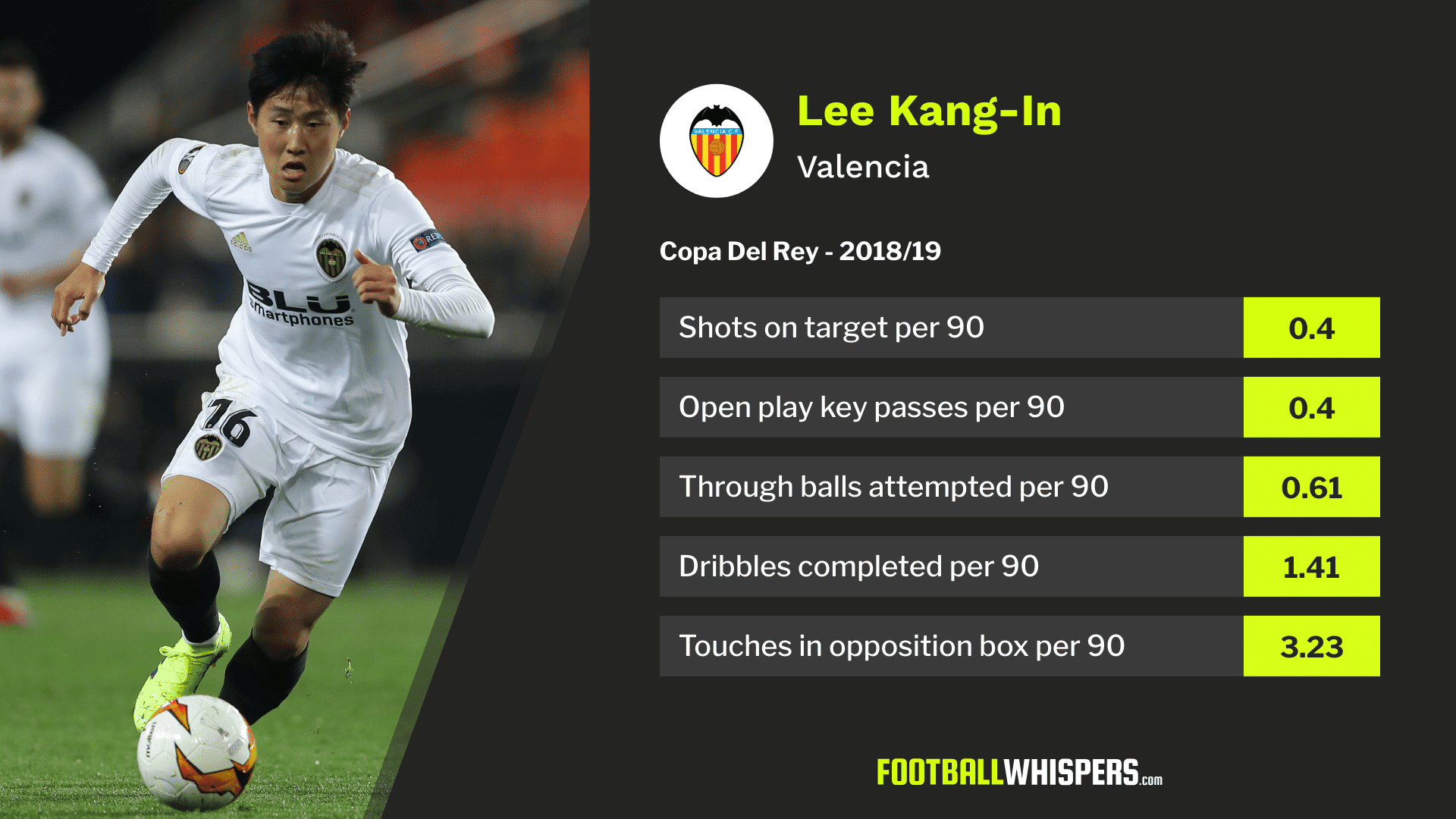 On the back of his Under-20 World Cup performances, Lee needs guaranteed minutes this season. His development can't be allowed to stall. Reports in Spain claim a loan move to Levante is a possibility, while there is also supposed interest from Dutch giants Ajax and PSV.

A move to Holland would give Lee an opportunity to impress in either the Champions League or Europa League. But if he is to make a long-term impact at Valencia then Levente is the right option. He can hone his game, learn the demands of LaLiga football, and return to Mestalla in 12 months ready to make his mark.

“He is willing to learn every day,” Valencia academy director Luis Vicente Mateo told Goal last year. “He is a player with outstanding talent.”

That talent has been evident since the age of six when Lee appeared on South Korean television show Shoot Dori. Among a group of hopeful youngsters, Lee was the obvious standout. His technique with the ball and ability to weave past tackles belied his age and a move to a professional club was inevitable.

During his time in the Los Che youth set up, coaches haven't attempted to curb Lee's individualism.

He remains an unpredictable dribbler, a player who can escape from the tightest of spaces with a flick of his left foot and can nip past a defender with the slightest of shimmies. He is also an intelligent passer and threat from range. Watch any highlight reel of Lee's and it will include a number of thunderous goals.

But his talent has been honed, finessed by youth coaches who have seen David Albelda, Isco and David Silva come through the club's academy system.

With Valencia Mestalla – the club's B side – the teenager was predominantly used in the No.10 role. It's the same position he thrived in for South Korea at the Under-20 World Cup. It allowed him the freedom to showcase his many talents, which is why by December he was promoted to the first-team squad on a permanent basis.

He is also comfortable on either flank and was used on the left by Marcelino in the Copa del Rey. While he didn't register a goal or assist, his trickery on the ball was evident and comparisons to Silva were made.

Real Madrid, who have this summer signed ‘the Japanese Messi' Takefusa Kubo, have registered their interest in Lee but Valencia have no intention of selling. There is a £72million buyout clause in the youngster's contract and that will have to be raised if Lee develops as expected. For now, however, his future is at Valencia.