Tottenham Hotspur, until teatime at least, closed the gap on Premier League leaders Chelsea with a crushing 4-0 win over Watford at White Hart Lane.

Mauricio Pochettino's side broke the deadlock in the 32nd minute when Dele Alli fired past Heurelho Gomes. Eric Dier rattled in a second soon after and Heung-min Son scored either side of the break to complete the rout. 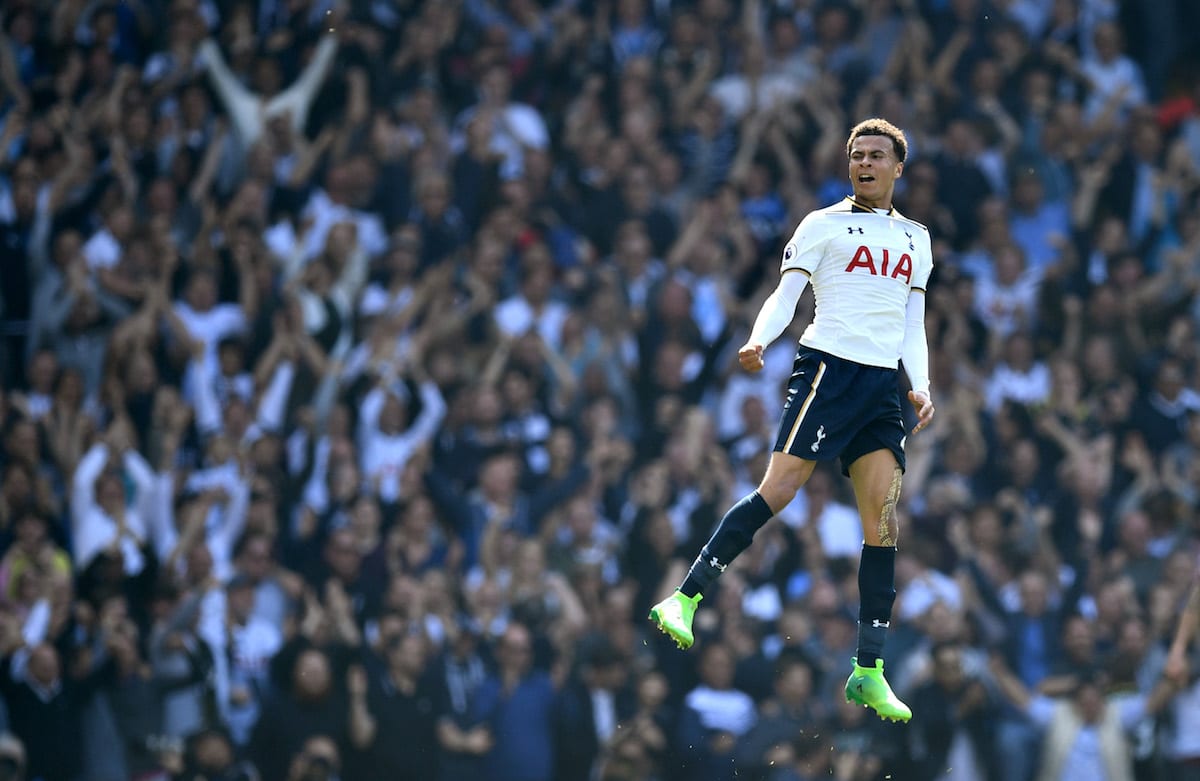 Hugo Lloris – Very rarely tested on his return from illness as his side dominated and allowed the Frenchman – who boasts one of the best defensive records in Europe – to register another clean sheet. 6

Kieran Trippier – With Kyle Walker taking a rest, the 26-year-old stood in well, getting forward at every opportunity and delivering a steady stream of accurate crosses. 7

Toby Alderweireld – Rarely looked troubled in this clash, providing cover when any of his defensive colleagues were beaten. All too easy. 6

Jan Vertonghen – A fine display of excellent positioning that ensured he was never in trouble, and probably should’ve had a goal himself. 6

Ben Davies – Had much to prove after his desperately poor display against Swansea City in midweek. Combined well when overlapping in attack, but also covered his defensive duties well. 6

Eric Dier – Demonstrated superb range in his distribution from the midfield, connecting with 91.6% of his game-high 71 pass attempts. Capped his performance with a wonderful strike for his side’s second goal. 7

Mousa Dembélé – An immovable object in the Tottenham midfield, shielding the backline well and never allowing Watford to gain a foothold in this match. 6.5

Son Heung-Min – Looked as dangerous as ever on the flanks, netting two well-taken goals and should almost certainly have completed his hat trick after Harry Kane’s introduction. 8.5

Christian Eriksen – Great vision as he directed the Spurs attack, his fingerprints were all over this game even if he failed to get his name on the score sheet. 8

Dele Alli – It was his sublime curling effort from long range that opened the scoring. From there he continued to outplay the opposition as he has routinely done all season. 7

Vincent Janssen – Looked dangerous but lacked the sharpness and incisiveness of many of his team-mates, missing a golden opportunity to open the scoring in the first half from underneath Watford's crossbar. 6 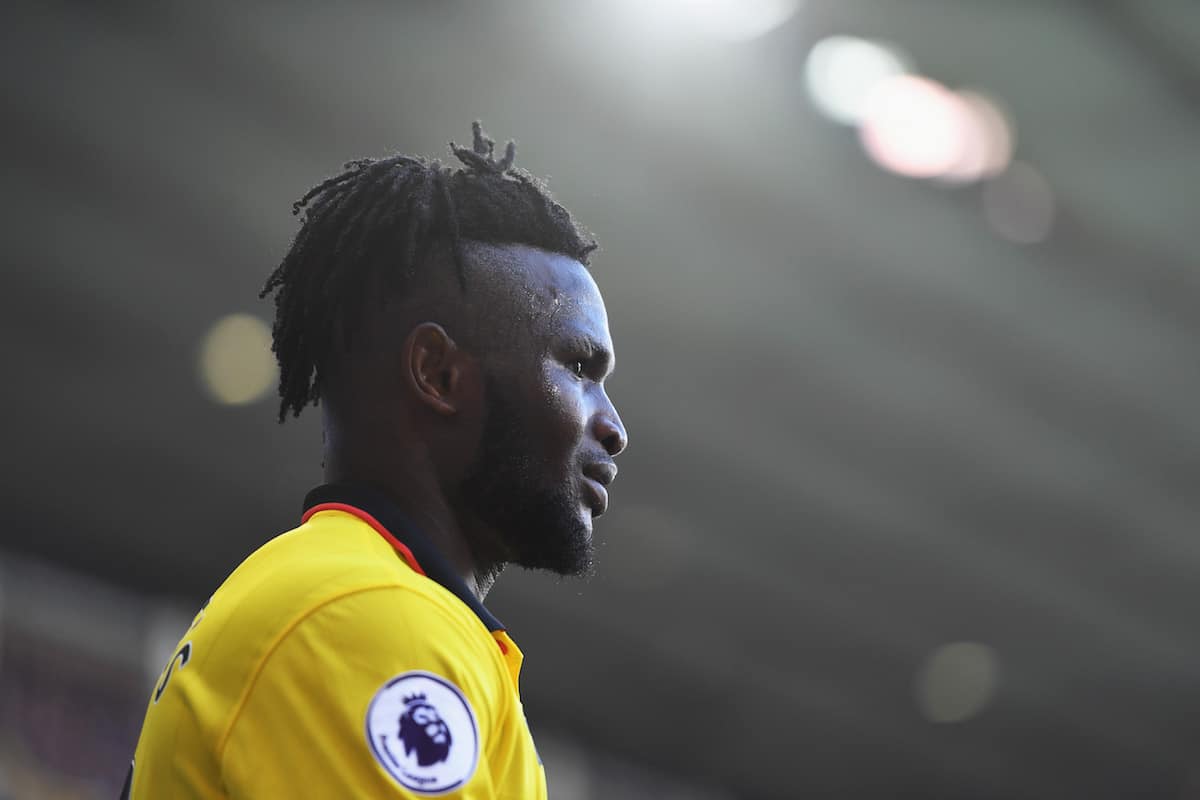 READ MORE: TOM CLEVERLEY PERFECT FOR WATFORD ON AND OFF THE FIELD

Heurelho Gomes – Made an important early save with his feet but then had no chance with Alli's stunning opener. He probably should’ve done much better in keeping out Dier's goal. 6

Adrian Mariappa – Started well and made some important interceptions. But a lack of communication and – due to his lack of playing time – faded badly as the game wore on. 5

Craig Cathcart – Not directly at fault for any of the goals but lapses of concentration saw both Watford centre-backs caught out all too often in the middle third of the game. 6

José Holebas – Strong start going forward and some good set-piece deliveries. The former Greek international had clearly been instructed to tuck in tightly towards Cathcart which allowed Trippier far too much space on the flank. 6.5

Daryl Janmaat – Covered well down the right but almost inadvertently diverted one cross into his own net. Failed to close down Son for the third goal and was embarrassingly put on his back by the same opponent with a simple bit of skill in the half. 6

Tom Cleverley – Used the ball in his usual sensible manner but was part of a midfield that was overrun by Tottenham throughout the game and his set piece delivery was poor. 5

Abdoulaye Doucouré – Flung Dembélé to the ground in the build up to the first goal yet still failed to slow the Spurs attack and was booked for his effort. He was then at fault for the fourth and was clearly disappointed with his display when taken off. 5

Nordin Amrabat – Moved around to try and pick up the ball but was unsuccessful all too often as a third game in eight days after three months out proved a step too far for him. 5

M'Baye Niang – Clearly full of confidence after an impressive midweek performance, scoring one and making the other in Watford's 2-0 win over West Bromwich Albion. The Milan loanee attacked his man well in the opening few minutes but was quiet after that and saw little of the ball. 6

Stefano Okaka – Held the ball up well when it was played up to him – but that became increasingly rare after the opening 20 minutes. The Italian was almost completely snuffed out  by Vertonghen and Alderweireld. 6

Isaac Success – Hit his best chance to cross badly, a delivery that served to highlight the forward’s raw and unpredictable play throughout. He deserves more opportunities on the basis of this game. 6.5