Arsenal go through to the final of the FA Cup after an extra-time win against Manchester City in the weekend’s second semi-final.

Sergio Aguero had put Pep Guardiola’s side ahead, but goals from Nacho Monreal and an extra time winner from Alexis Sanchez set up an all London final.

It was a scrappy game at times, especially when compared to the entertainment of the first semi-final, but Arsene Wenger’s side were able to triumph despite only having 34 per cent possession.

Despite the stop start nature of some of the play there were still some good performances on both sides.

Did well to tip Silva’s header over the bar in the first half. Came out in an attempt to stop Aguero in the second, only to end up embarrassed as the striker dinked over him. Saved brilliantly from Toure’s volley, just getting a finger on the ball to divert it onto the post. 7

Ideal for the right of a back three given his natural position seems to be neither right back or centre back, but somewhere in between! Marshalled Sane well with help from Oxlade-Chamberlain, limiting the impact of one of City’s in-form players. 6.5

Good foot in to stop Aguero early on. Had the ball in the back of the net from a set piece but was whistled for offside. Impresses at times, but then is sometimes missing at key moments. Should have much higher pass accuracy than 72% as the player in the middle of a back three. 5.5

Looks like someone who’s playing with new team-mates in a new system, which in some ways he is. Was still no worse than his other defensive team-mates, though. Headed just over the bar in extra time. 6

Tested Sane’s willingness to track back, and also had to do some defending himself in what was a good battle with the German. Crossed well throughout and was the Gunners’ best attacking outlet, proving as much when he sent an excellent cross allowing Monreal to score. 8

It was a difficult job for Arsenal’s two central midfielders who had to watch for much of the game while the opposition dominated possession. Made more fouls than any other player, with 5, which was an indication of his assignment here. 6

His rasping shot from a well worked free kick was deflected wide. Like Ramsey he struggled to get on the ball but was out to spoil the opposition party rather than start one for his own team. 5

Got on the end of Oxlade-Chamberlain’s cross to score the equaliser and worked tirelessly up and down the left hand flank. 7

Had a chance to score in the second half but dithered. In a moment which summed up his game. Looked for options around him when being more straightforward and direct was the better option. 5

Came to life in the second half, and City could only stop him by fouling him. Scored the winning goal in extra time when he was lively to a loose ball and able to poke past Bravo. 7.5

Headed straight at Bravo early, and perhaps should have done better. Tried to be the focal point his team on the break, but couldn’t assert himself on the City defence. 5

Skinned Otamendi shortly after coming on to give himself a great chance to score, but he blasted his shot wide. 7

Made a vital intervention to deflect Delph’s shot wide in the second half of extra time. 6 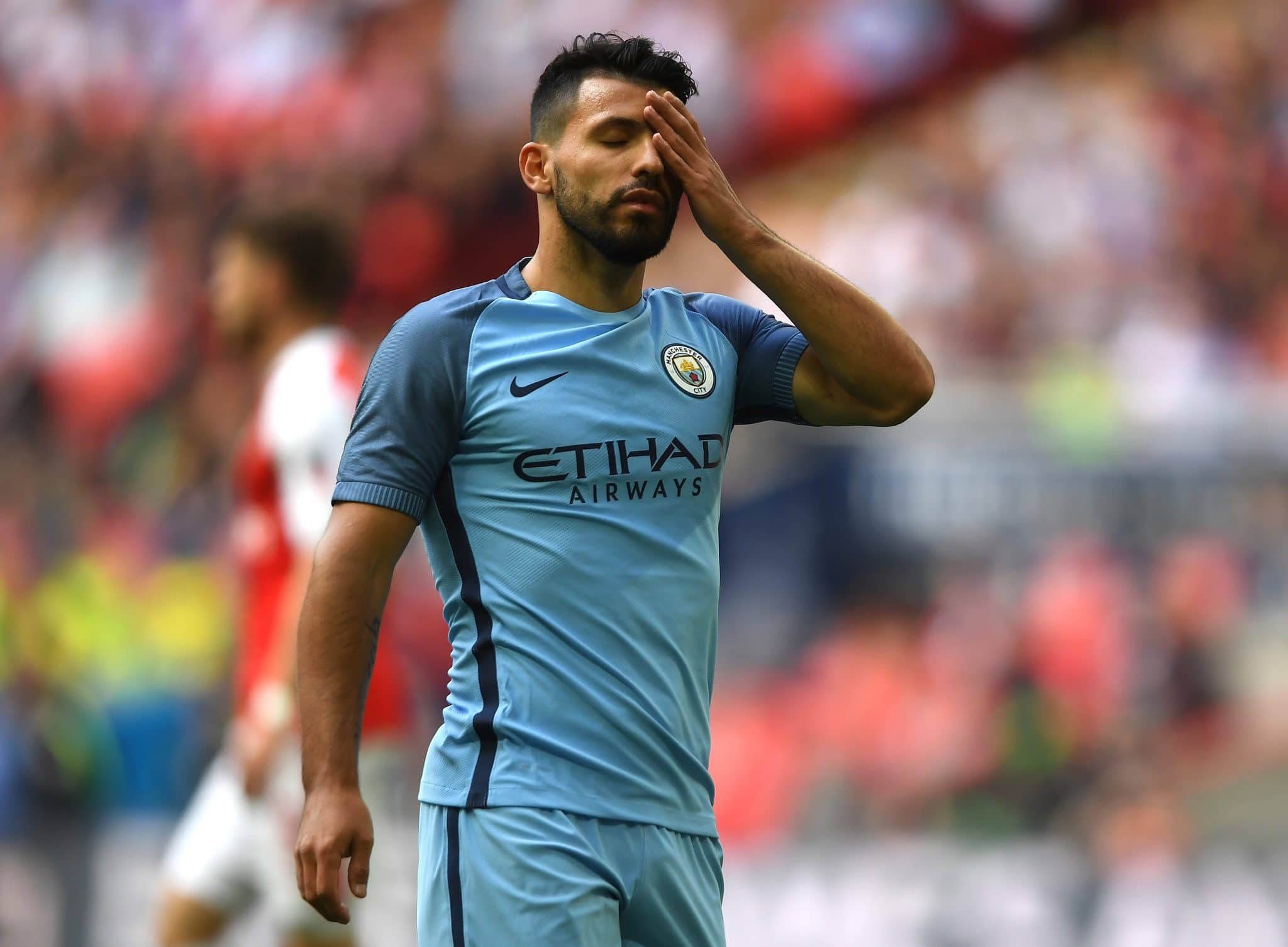 Hi first save was a routine catch from Giroud header. Found himself in trouble in possession on a couple of occasions, but always managed to work his way out of it. Might have been better positioned to stop Sanchez’s winner. 6

Got forward well down the right as you’d expect from a winger playing at full back. Was given plenty of space by Arsenal’s 3-4-3 formation, Lucky not to give away a penalty as he tugged Sanchez as the ball came into the area. 5.5

Too eager in the tackle at times, and gave away some fouls in dangerous areas. Could only watch as Sanchez poked home in extra time. 5

Good early on when he was able to make a number of key tackles and interceptions, but was troubled by Welbeck towards the end of the game. 6

Sent a right-footed effort high into the stands and, like Otamendi, was fooled by Welbeck’s speed and quick feet. 5

A bit scrappy, and a bit gnarly, but also managed to keep things ticking over in front of the City defence as they dominated possession. Hit the bar with a bullet header in the second half. 6

The most dominant of the central midfielders on display. His long-range through ball created Aguero’s goal, and he almost scored himself but his audacious volley was tipped onto the post by Cech. 8

Shot wide in opening minutes, and put a dangerous cross in shortly after which none of his teammates could quite reach. Drifted after this but still threatened in extra time with a shot which went just wide. 6

Was one of few players who managed to make things happen during his short time on the pitch. A defence splitting pass sent Aguero in on goal in the opening stages, and the roles were reversed shortly after as he headed the Argentine’s cross, forcing Cech to save. Was forced off midway through the first half after a clash with Gabriel eventually left him unable to continue. 7

Didn’t quite click for him today as it has done in recent weeks, and he couldn’t always keep track of Oxlade-Chamberlain down the left, though he had a good go.. 6

Sloppy with his touch on numerous occasions, but still threatened despite this and worked his socks off. Wanted a penalty in the first half, but tripped himself if anything.

It looked like another poor touch might see a chance go begging as he was put through on goal by Toure, but it only served to draw Cech out, after which the No 10 coolly dinked the ball over the onrushing keeper. 8

Looked lively on entering the fray, and volleyed wide shortly after coming on. Couldn’t influence the game as he would have liked, though, and was substituted himself as Guardiola used his fourth sub, now allowed in extra time. 6

Involved in a scuffle. Booked. Had a good chance to score in the second half of extra time but his shot deflected wide off Bellerin. 5