Plateau United locks horns with Kano Pillars on 5th of June 2022. The last time these teams met was in February this year in a game that Plateau won 1-0. With home advantage to the favour of Plateau United, the hosts stand a chance of defeating Kano Pillars for the second time in less than four months. Read this preview for more, include our free predictions.

Plateau United are looking to price away six points from Kano Pillars this season. The hosts won their last three home games, scoring a total of 8 goals while Kano Pillars makes this trip to Plateau on the back of an important away win of 3-1 against Remo Stars. Here is how we expect the match to end:

Both teams will register on the score sheet

We haven’t had many goals in this game because all the 11 meetings had fewer than three goals. Moreover, the hosts have scored in all their last 14 home matches, all of which were victories. On the other hand, Kano Pillars scores in all their last three away games, which is a good record because finding the net away from home in the NPFL has been a nightmare for most teams.

We think this game will end in a draw of 1-1. While such a result has been seen in only one of the last 11 meetings, 4 out of 5 draws in those encounters were 0-0. The visitors have the better record of 4W while Plateau United has 2W. However, with no loss at home after winning all their 15 home games, defeating the hosts will be hard. We expect the teams to settle for the spoils.

See below tables for the latest team stats, H2H and the best odds for the NPFL game.

There have been 5 draws in 11 duels between Plateau United and Kano Pillars. We are tipping the sixth draw in this 12 encounter. Plateau may have failed to dominate this game in previous meetings but their current home run is one to admire. The hosts have won all their home games this season. The hosts have scored a total of 43 goals and leaking 21. On the other hand, Kano Pillars have scored 24 goals and leaked 28 so far this season.

On home record, Plateau is the second-best NPFL team. On the other hand, Kano Pillars have the 7th best away run. Notably, this fixture has never had more than two goals, and we don’t expect that to change in this 12th meeting since 2016. 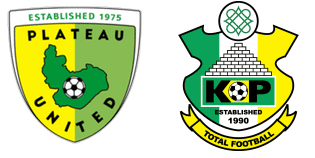 What time will the match begin?

Where will Plateau United host this game?

Which team are we backing in this game?

We expect Plateau United to win the game or settle for at least a draw.