Mauricio Pochettino does not do subtlety.

Last season the Tottenham Hotspur coach revealed he’d ‘never been so unhappy’ at the North London club. Then, prior to the Champions League final defeat to Liverpool, he dropped the bombshell that the game could have been his last at the helm.

The Argentine’s mood has not been helped by Tottenham’s start to the season. Having won just two of their first six Premier League fixtures, matters were compounded by an embarrassing Carabao Cup exit at the hands of League Two’s Colchester United on Tuesday evening.

“When you have an unsettled squad always it's difficult and you lose time, then you need time to recover the time you lose,” Pochettino said after defeat in Essex.

“That's where we are. Maybe our performances are good but you need this extra, which is mental, connection. It's energy to be all together, not to have different agendas in the squad.

Asked what the solution was, Pochettino told Sky Sports News: “Only we need time. January is going to be a good opportunity too to fix this situation and the next one. That is the problem when something happens that you cannot control.” 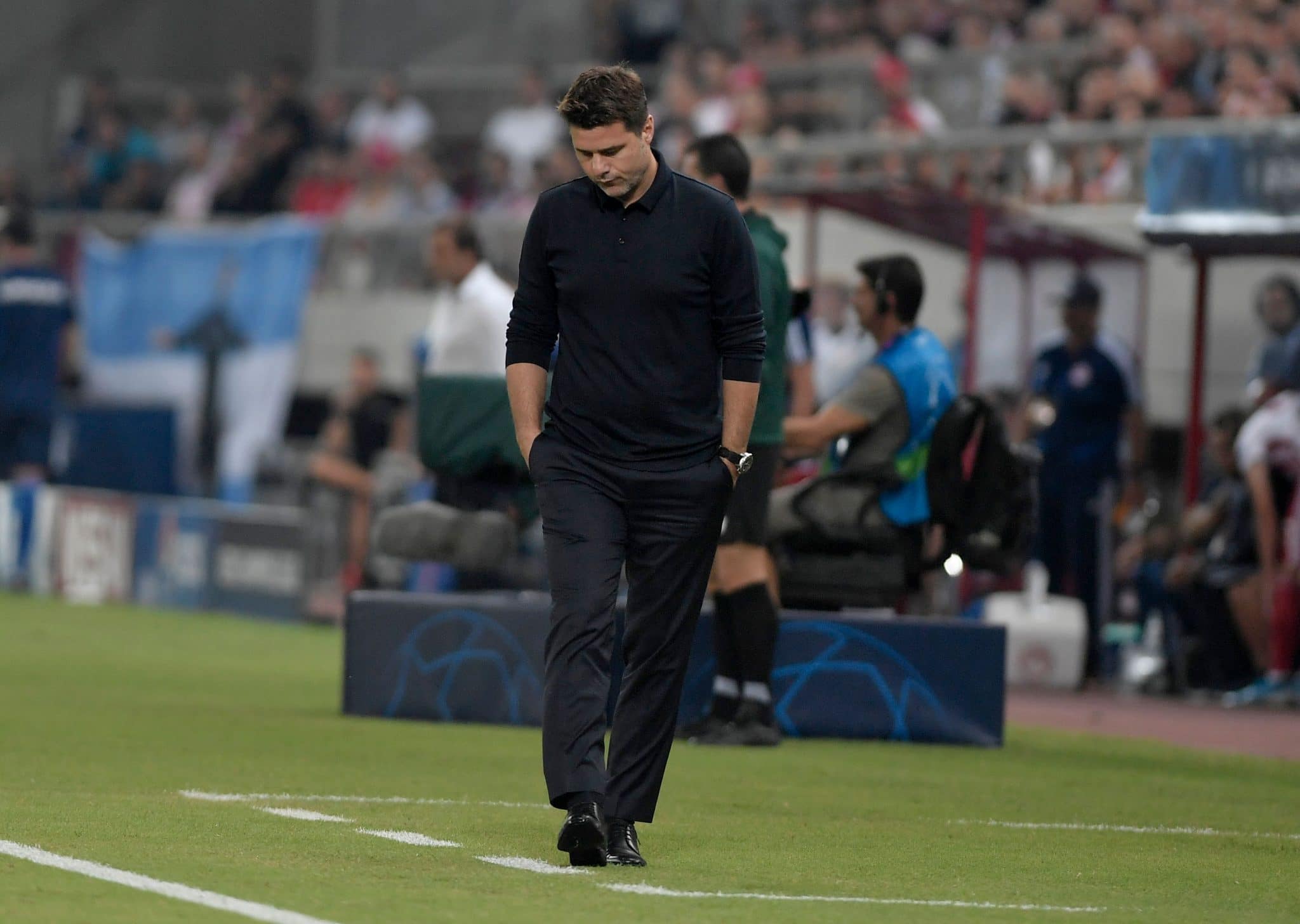 After finally ending their self-imposed transfer ban to sign Tanguy Ndombele for a club-record fee, as well as taking Giovani Lo Celso on loan from Real Betis with the option to buy and signing Fulham wonderkid Ryan Sessegnon for £25million, the feeling was Tottenham had enjoyed a good summer transfer window.

Eight games into the new season and everything is unravelling. We’ve taken a look at what Spurs have to do now, and in January, to get their season back on track.

1. Make a decision at right-back

Given he was not universally popular at Tottenham anyway, it’s remarkable how badly Spurs have missed Kieran Trippier. The England international’s move to Atlético Madrid has left a hole at right-back which has yet to be filled on a full-time basis.

Centre-half Davinson Sánchez has looked uncomfortable on the right while Kyle Walker-Peters has been unable to prove he is Trippier’s long-term heir. 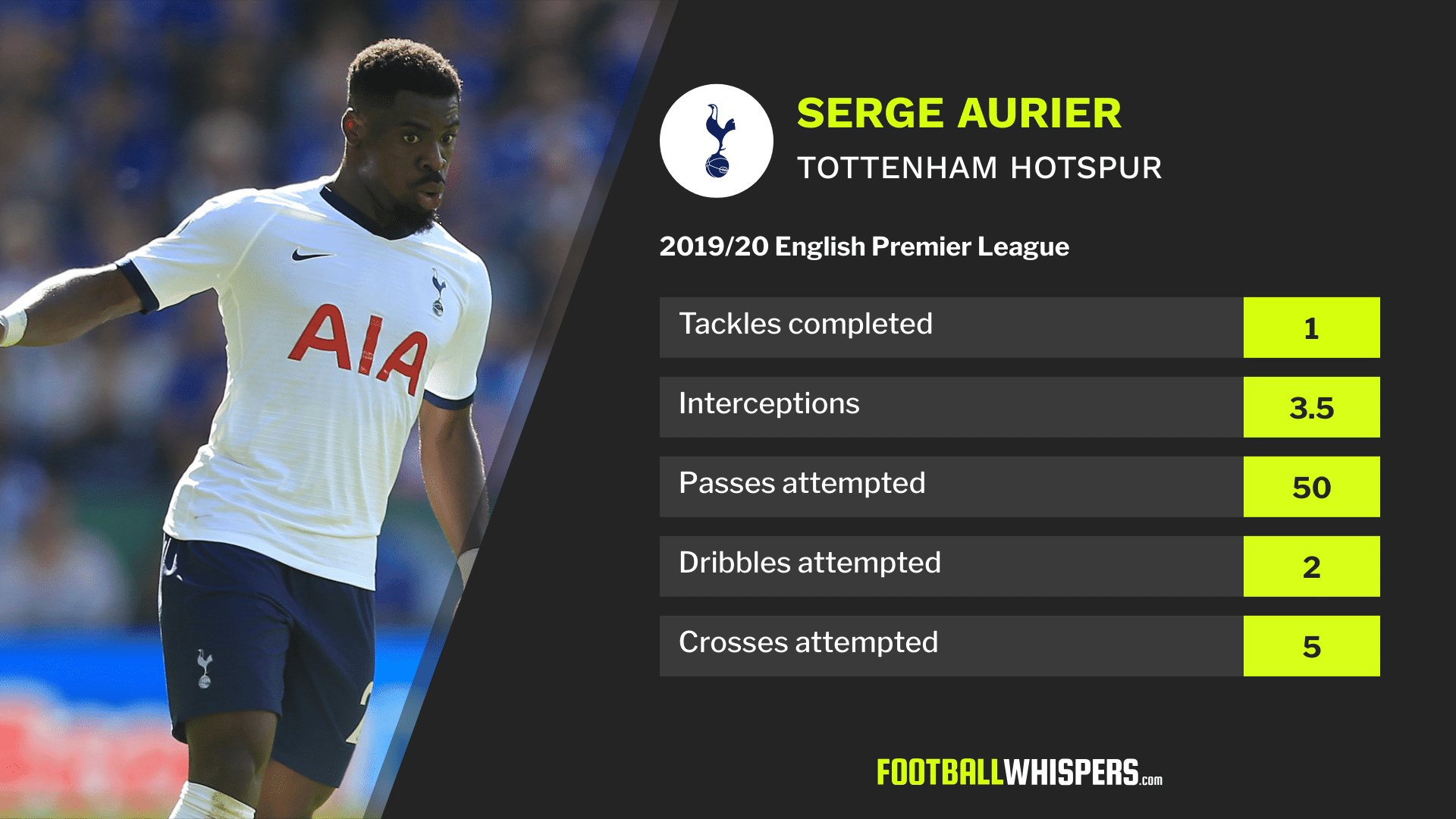 That has opened the door for Serge Aurier. The Ivorian was well down the pecking order last season and made just six Premier League starts. A bundle of energy and excitement going forward, regular defensive lapses rendered him a non-option in the biggest games and Trippier held onto the No.2 spot despite failing to build on his World Cup displays with England.

Now Aurier is enjoying a renaissance at Tottenham Hotspur Stadium. He marked his first start of the season by forcing an own goal in the 4-0 demolition of Crystal Palace and recorded an assist for Heung-min Son’s cushioned volley.

Pochettino needs to give the former Paris Saint-Germain full-back a run in the side – something he’s not had since arriving in the 2018 January transfer window. 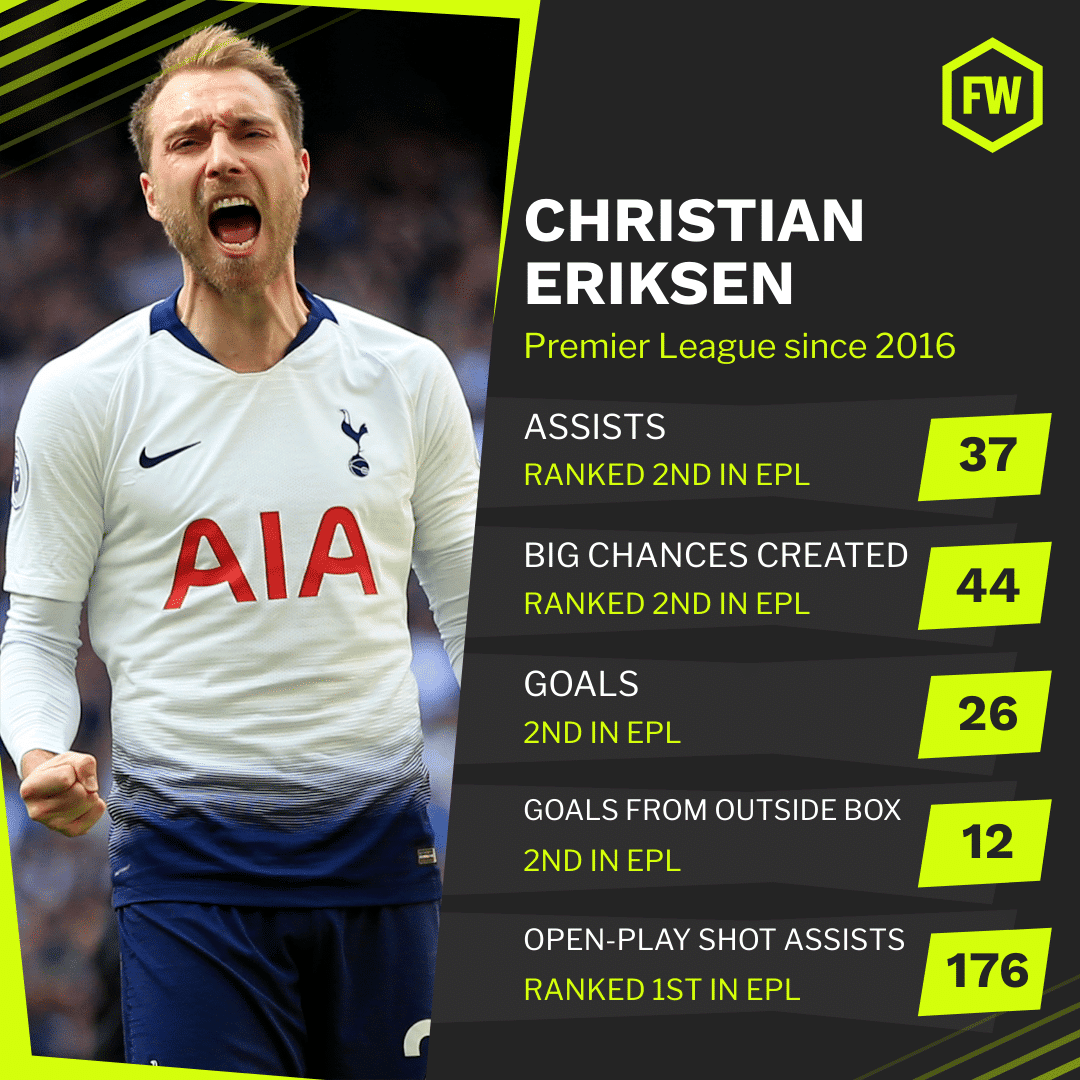 Christian Eriksen has made no secret of his desire to embark on a new project. The Dane is out of contract next summer and if Spurs cannot sell him in January, he will walk away for nothing. The same is likely to go for Toby Alderweireld and Jan Vertonghen – both their deals expire in June 2020.

Spurs will not pay the kind of salaries that might persuade the trio to stay and it appears a foregone conclusion this is their final season with the club. But they are still of use to Spurs and Pochettino must ensure he utilises them while he can.

Vertonghen was bizarrely left out of Tottenham’s first three Premier League fixtures before finally returning for the North London derby. While Pochettino has high hopes for the defensive axis of Sánchez and Juan Foyth, Alderweireld and Vertonghen remain his strongest pairing.

The Real Madrid and Juventus target underlined his value to Tottenham when he came off the bench on the opening weekend, turning a 1-0 defeat at home to Aston Villa into a 3-1 win with a masterful display. Spurs and Pochettino must enjoy his creative genius while they can.

3. Get Dele Alli back to his best

At one point in the not-too-distant past, the former MK Dons midfielder was the golden boy of English football. But at just 23 he’s almost been forgotten thanks to a combination of form and fitness, allowing the likes of James Maddison and Mason Mount to supersede him.

Alli’s numerical output has dwindled in recent seasons and his only appearances this term have come in the Champions League and Carabao Cup.

After bagging a career-best 18 Premier League goals in 2016/17, as well as weighing in with seven assists, Alli scored nine times and set up ten more in 2017/18. Yet last term he managed just three and five respectively. 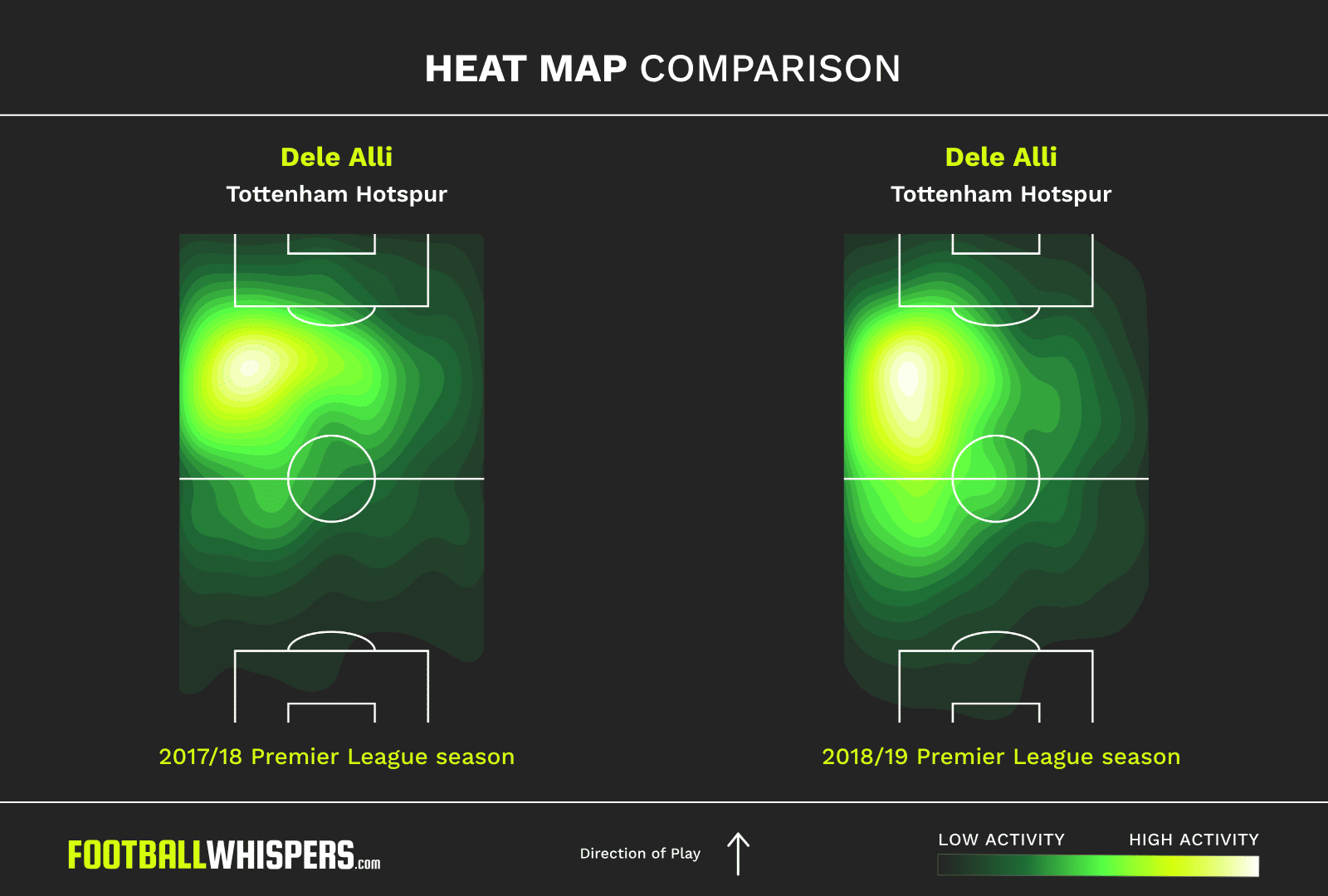 Contrasting Alli’s heatmaps for the last two seasons we can see that in 2018/19 the England international saw greater involvement in deeper areas and a higher volume of activity down the left than through the centre. On top of that, he took marginally fewer touches in the opposition box per 90 (4.91 vs. 4.94) and fewer shots (1.91 vs. 2.09).

If – more, more likely, when – Eriksen leaves Alli would be the most natural replacement, albeit he's a different type of player, so Pochettino must find a way to help Alli rediscover his best form for Tottenham.

4. Find a willing and able deputy to Harry Kane

It’s an annual problem for Pochettino and Spurs. Namely, finding a striker good enough to push Kane and occasionally stand in for him who’s happy at being a substitute more often than not.

Fernando Llorente fulfilled that role until this summer and did better than any other incumbent of this graveyard shift – who could forget his role in Spurs reaching their first Champions League final? – but the 34-year-old left North London to try his luck in Serie A with Napoli this summer, leaving Tottenham short.

Lucas Moura and Son can play through the middle, and Moura bagged a respectable eight in 18 playing as a centre-forward in the Premier League, but it’s neither’s preferred or natural position and they both lack the line-leading presence of Kane.

If it wasn’t already an onerous enough task for Tottenham’s recruitment department, having to do so in January when decent strikers are more of a commodity than ever will only serve to complicate matters.