Consistency. Few things are as desired in football, yet fewer still are so rare.

It’s all we ask of players, coaches and referees; to be able to perform to a high level week in, week out. We’ll forgo the highest highs – the fancy tricks and outrageous skill – in lieu of not having to endure the deepest lows and frustrations.

But it’s much easier said than done. Many of the game’s greats produced magic in flashes but faded in and out of games; seasons, even.

Not Philipp Lahm. The Bayern Munich captain has been at the club since he was 12. Save for a couple of seasons on loan with Stuttgart more than a decade ago, Bayern is all he has ever known.

And what Bayern fans know about Lahm, above all else, is that they can depend on him; that he will never let them down.

A mainstay of the Bavarian giants for a generation –whether at left-back, right-back or central midfield — Lahm will retire at the end of the current season. 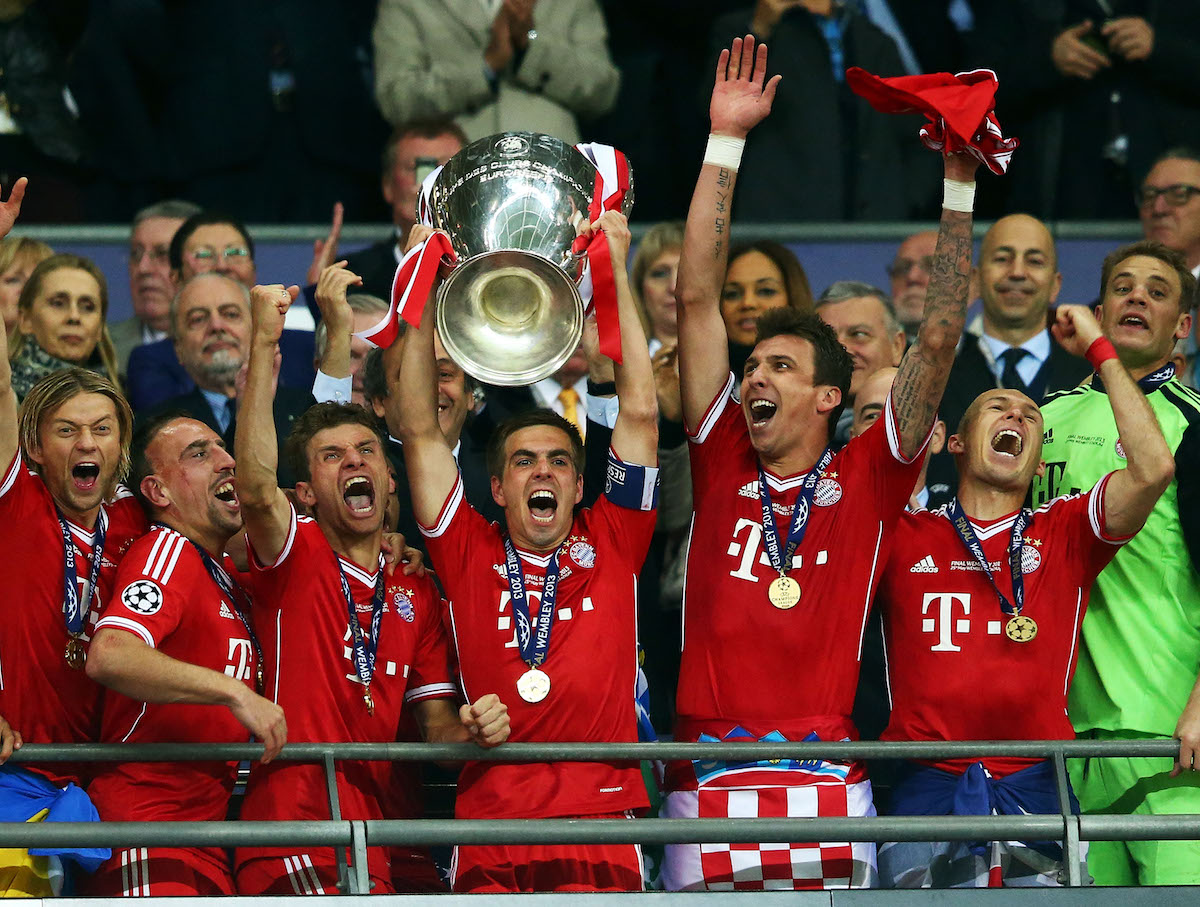 At the age of 33, he could easily have carried on, adapting his game to his diminishing physical powers, relying ever more on his prolific wit and guile as the team compensates around him.

But why take that risk? Why play on and endanger a grand legacy by potentially tarnishing its memory with burdensome, ageing performances.

No, by exercising the same level of intelligence that set him apart as a player he has decided to call time on one of the most successful careers football has witnessed.

“I've told the Bayern officials that I'm retiring from playing at the end of the season,” he told reporters in Germany.

“I see my style of leadership in the way that I give my best every day, in training and in every game. I think I'm capable of doing that until the end of the season but no longer than that.

“Therefore it's clear to me that I'm going to retire. I said over a year ago that you've got to always check and ask yourself, how are you training and how you are feeling.

“I'm sure that I can deliver top performances until the end of the season, but no longer than that.”

And so will close a career spanning 15 years at the highest level, winning the Bundesliga seven times, the DFB Pokal six times, the Champions League and the World Cup — not to mention the honours Bayern may yet claim before the current campaign expires. 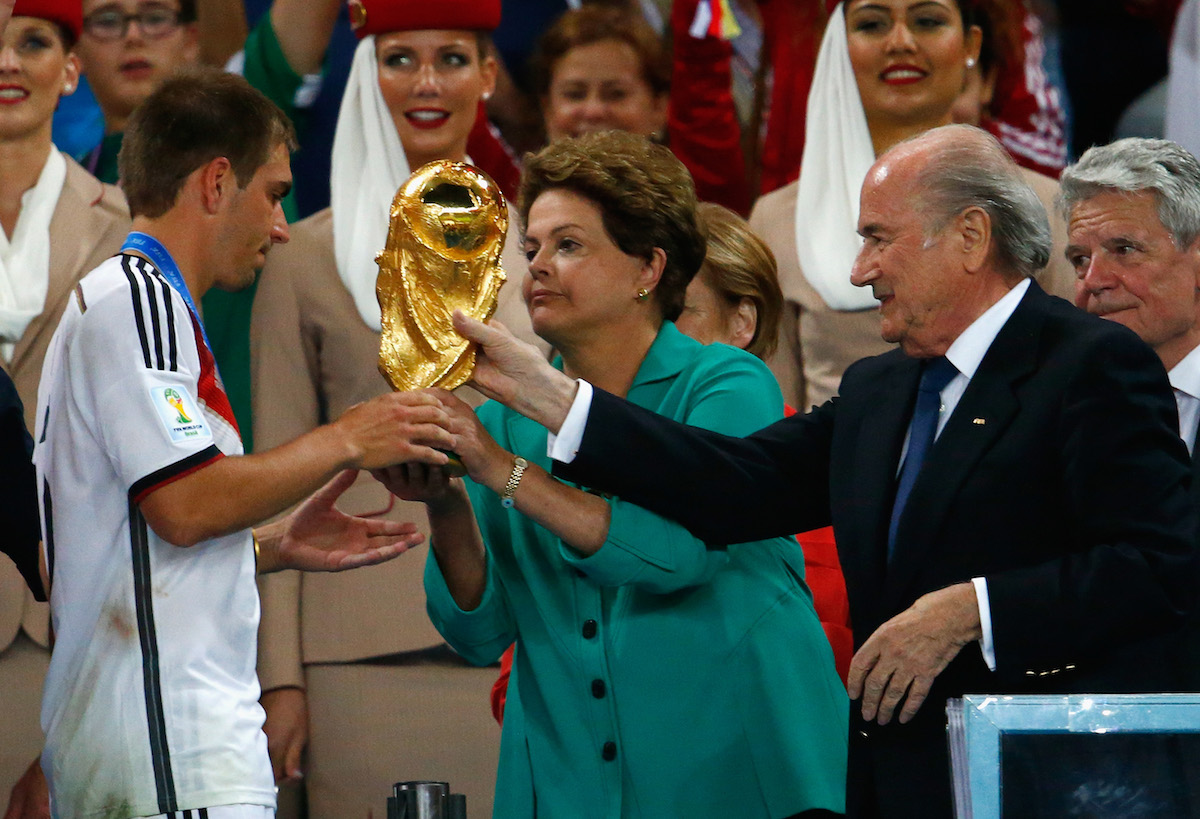 Though not the kind of chest-thumping, troop-rallying, screaming leader that many associate with captaincy roles, Lahm wore the armband for club and country, achieving unprecedented success with both.

Leading by example and exuding a calm demeanour that settled his team-mates, his ability to organise those around him without them necessarily knowing he was doing it — to influence through intelligence — enabled him to bow out from international football at the very summit of the game, having lifted the World Cup in 2014.

That’s not to say that Lahm is a shrinking violet by any means, and he would always scrutinise the tactical instructions of his managers, letting them know, in no uncertain terms, if he felt there was a more suitable approach that could be taken.

Indeed, in May 2009 he was levied with a hefty fine by Bayern for publicly criticising the club’s recruitment strategy and on-filed tactics.

Perhaps more than any other coach, Lahm thrived under Pep Guardiola during the Catalan tactician’s three-year reign at the Allianz Arena.

“His tactical understanding is incredible,” he told former team-mate Owen Hargreaves for BT Sport in 2015. “He always gives our team solutions to playing the opposition.

“He prepares for every opposition completely differently. How flexible our team has become, with a back three, back four or back five.”

And the admiration is more than mutual. Having worked with such technical masters as Lionel Messi, Andres Iniesta and Xavi during his time in charge of Barcelona, Guardiola names Lahm as one of the players he has most enjoyed coaching.

“Philipp Lahm is perhaps the most intelligent player I have ever trained in my career. He is at another level,” he said.

As detailed in Marti Perarnau’s excellent book Pep Confidential, Guardiola, acting on the advice of his assistant Domenec Torrent, decided to try Lahm in the defensive midfield role for his Bayern side in 2013.

The pivote, as it is known in Spain, is required to be much more than a destroyer tasked with simply breaking up play. Rather they must conduct their team’s movements from the base of midfield, breaking up the opposition’s attacks and instigating offensive manoeuvres through precise passing; it is a role that requires supreme technique and tactical understanding.

Upon assessing Lahm’s abilities in his initial training sessions with Bayern, it soon became clear to Guardiola that the German international was wasted as a full-back, and should instead be switched centrally.

“If we win anything this season,” he said after defeating Borussia Dortmund in November of his first campaign in Bavaria, “it will be thanks to that decision to move Lahm. All the other pieces fell into place the moment we put him in central midfield.” 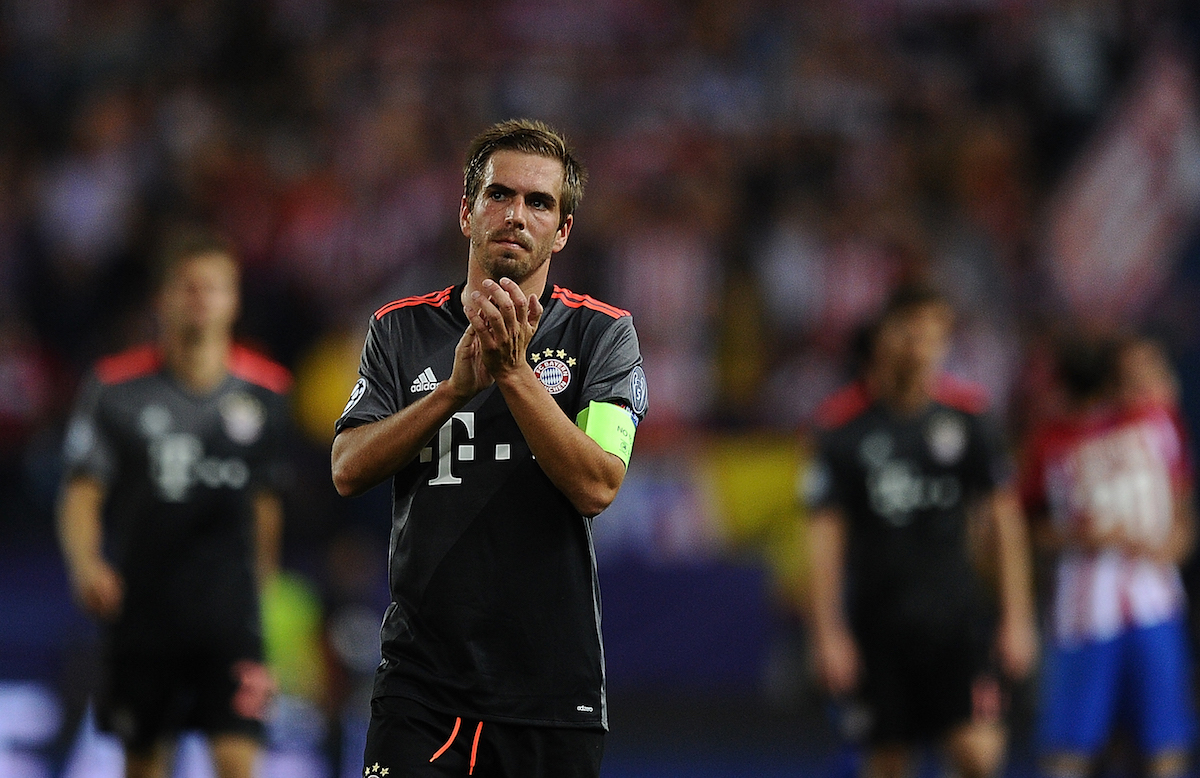 And that encapsulates what Lahm has done for Bayern over the last decade: whether in defence or midfield, he makes everyone around him better.

Every pass he plays is weighted perfectly and rolls onto the optimum blade of grass to enable its recipient to control it easily; his positioning is impeccable, never pulled out or caught too deep; his unselfishness allows others to claim the limelight.

He didn’t need to be the quickest, the strongest or most eye-catching; he was always one step ahead.

And thus, in retiring at the end of the season, Lahm’s flawless anticipation will see him pre-empt and outwit Father Time.