It can't be easy for Phil Foden to get a read on Pep Guardiola.

Before the 2019/20 Premier League campaign began the Manchester City boss eulogised about the talents of the young midfielder.

“He has everything to become one of the best players,” Guardiola said. “I have said many times in press conferences but maybe not in front of him: Phil is the most, most, most talented player I have ever seen in my career as a manager.”

Given the Catalan has worked with Lionel Messi – and Xavi, Andrés Iniesta, Xabi Alonso, Arjen Robben, and countless other stars – it was a bold and perhaps foolhardy claim.

Yet that praise hasn't yet resulted in first-team minutes. Foden has just ten to his name in the Premier League this season and none since the opening weekend of the campaign.

At the end of August, Guardiola opted to discuss the teenager's personality with the media. While there was no criticism, the Manchester City boss did want to make a point.

“He is a shy guy and I would like him to talk with me more,” the City boss explained. “All the time I go to him, speak to him. He still looks at me with a little [too much] respect, he looks at me like a manager. After two or three seasons it’s not necessary.”

From the outside looking in at least, Guardiola has no doubts about Foden's talent. None at all. But he wants the England Under-21 international to be more extroverted, more demanding.

It is unlikely to happen. Foden, by all accounts, is a polite and humble young man, one who hasn't been seduced by a footballer's wage and the accessibility that brings.

He is, as Guardiola said, respectful. A young star who has been prepared to learn from David Silva and Kevin De Bruyne, masters of their craft, at the Etihad Stadium.

But having impressed once again England's Under-21s during the international, Foden admitted he feels ready to have a more prominent role for City.

“He (Guardiola) has his own opinions and I stick by how I am,” Foden said why asked about his perceived shyness. “I just know that I’m ready to play. I feel like I am. I try to show him every day in training.

“There is a bit of team-mates telling me to be patient but I’m hungry. I want to play now. I’m going to fight for it every day. I’m ready to play.”

Foden is right. He is no longer just a wide-eyed youngster grateful for a spot in a talent-rich squad. He is 19 years old and deserves an opportunity to prove himself, either at the Etihad or elsewhere. 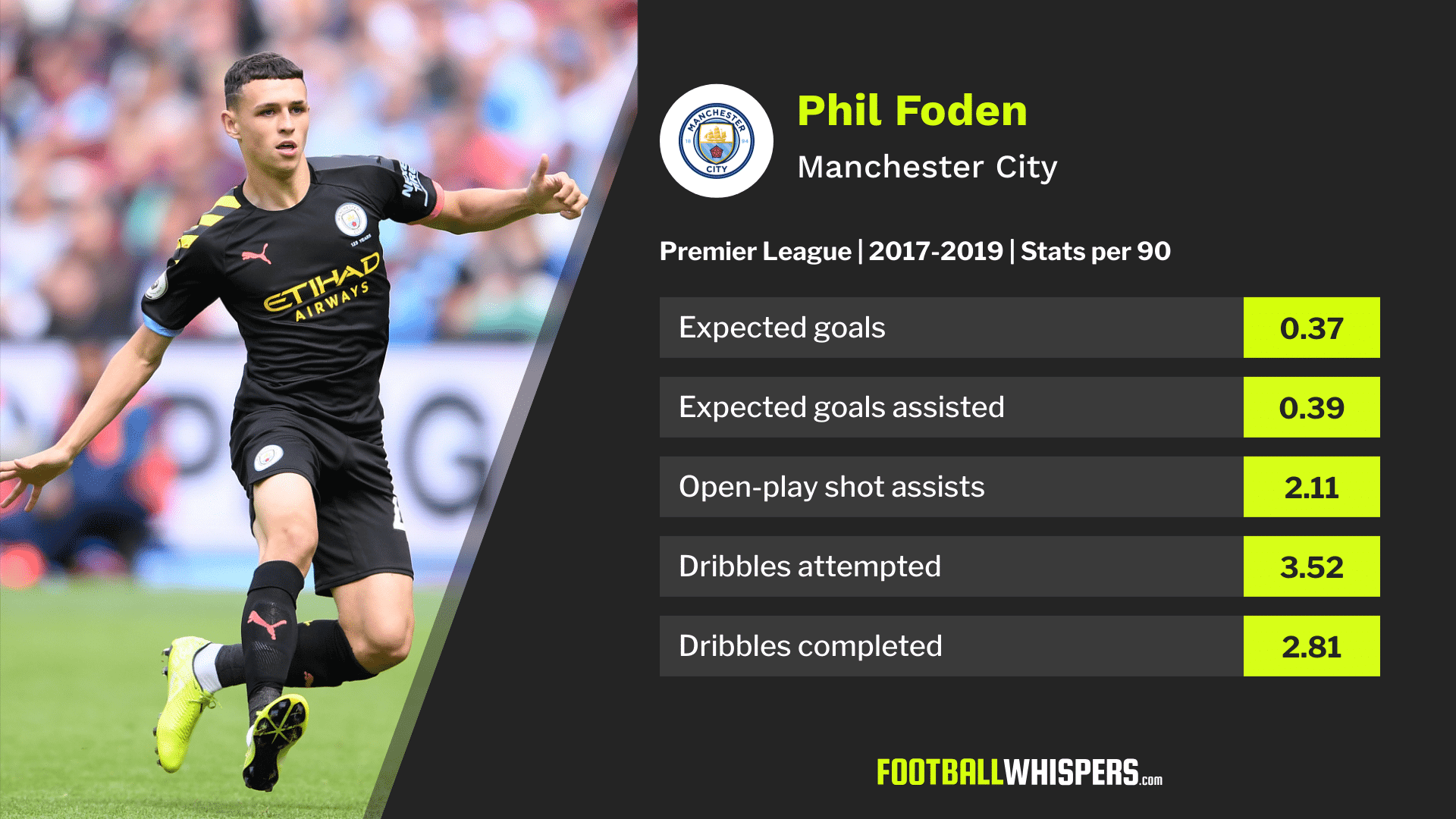 That is what former City youth team-mate Jadon Sancho has done. The winger opted to leave the Premier League champions in 2017 for Borussia Dortmund as he didn't feel there was a clear pathway to the first-team in Manchester.

He has since made 60 appearances for BVB, earned eight England senior caps and this week struck his first two goals for the Three Lions against Kosovo. In short, Sancho has established himself.

Foden hasn't. City fans may point to the 38 appearances he has made for the first-team but several of these have been late cameos from the substitutes' bench – such as the final ten minutes against West Ham when the game was effectively over.

In total the midfielder has played 1,476 minutes under Guardiola, the equivalent of 16 matches. It is simply not enough for a player of Foden's talent. And there will come a point, no matter how much he trains and learns from De Bruyne, Silva, and other illustrious team-mates, that his development begins to stall.

Which is why the next four months could prove pivotal for Foden. If regular game time remains scarce a six-month loan spell away from City must be considered.

He would not be short of potential suitors – sides from England, Germany, Italy and Scotland were linked in the summer – but Foden would not be suited to any old club.

He would need an environment in which his technical quality could flourish, and one that wouldn't impact his chances of breaking into the City first-team on his return.

Silva will depart next summer after ten years at the Etihad. Foden has everything required to be his heir, except for top-flight experience. And history suggests he won't get that under Guardiola.

The Stockport Iniesta – a nickname given to Foden by City fans – has just three Premier League starts to his name. He has been handed consistent minutes in the early rounds of cup competitions but outings against the likes of Rotherham United, Grimsby Town, Oxford United and Burton Albion will not enhance the youngster's game.

His ability, and to an extent his body, needs to be tested week in, week out against hardened top-level professionals. Only then will the midfielder's full potential be known and, more importantly, realised.

Guardiola has given Foden plenty of praise over the past two seasons. But it's time he gives the teenager what he really needs: minutes. If the City boss isn't prepared to do so, there will be a queue of coaches who are. And you suspect Foden knows that.