Peterborough vs Stoke: Check out our betting tips

Peterborough remain rooted to the foot of the Championship table and time is running out. Can they grab what could prove to be a vital win as Stoke visit? Find out with our Peterborough vs Stoke match preview with free tips, predictions and odds mentioned along the way.

Stoke to win it

It's quite a remarkable stat but neither of these teams have managed to win a single one of their last five games. We do fancy Stoke to win this match though. In terms of recent form, Peterborough have lost four and drawn one of their last five; their draw came in their last game. Stoke boast an identical record across their past five. The big swinger that sees us backing them to win this game though comes courtesy of the head to head record; they have beaten the Posh in each of the last six meetings between the sides.

We'll be honest, the both teams to score element of this game is pretty tough to call but a price of evens on ‘no' is well worth it. Sure, Stoke have only seen one of their last five games end without both teams scoring. Peterborough, however, have seen three of their last four games end with a nil in the final score line. Furthermore, the head to head record backs up the ‘no' logic too. Five of the last six meetings between these sides have seen someone fail to score.

Here are the key stats & form guide for Peterborough vs Stoke

Stoke have drifted into a position of boredom but even they would rather that than be in Peterborough's situation. Posh need to get a couple of wins and then, who knows, maybe, just maybe, they'll have a chance of staying up.

Peterborough have taken a rather pathetic two points from their past nine games and draws aren't good enough for them now anyway. A win here would give them hope of survival but they'll have to be better than they have been of late.

There was a time when Stoke were looking up at the top six with a realistic chance of making the cut. A run of no win in seven though has killed that talk. In fact, a defeat to Peterborough wouldn't bode well ahead of next season. Stoke need to avoid that. 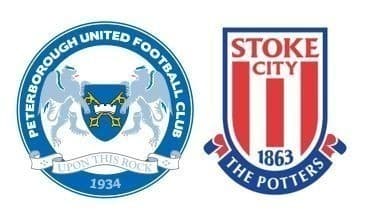