This all Championship clash sees two teams that are having very different seasons. Does that make this game an away banker? Find out with our Peterborough vs QPR match preview with free tips, predictions and odds mentioned along the way.

QPR will get the job done in 90 minutes

Peterborough beat Bristol Rovers to reach this stage of the FA Cup. That was on January 8th; they have not won a match since losing three and drawing one of the four played since. QPR meanwhile needed penalties to get past League One leaders in round three; they've not lost since with three wins and one draw. In addition to the contrasting form the teams have shown – both recently and across the season as a whole – QPR have also won two of the last three head to head matches. It would be a real turn up for the books if the Posh can come out on top here.

Our next tip for Peterborough vs QPR is that we'll see plenty of goals – specifically backing the match to go over 2.5 goals. Peterborough have seen four of their last five matches go north of that threshold with their average goals per game in that time sitting at 3.4. QPR's recent form follows a similar pattern albeit slightly softer; three of their last five have gone over 2.5 goals. The other big factor we can look at is the head to head record; two of the last three meetings have gone over 2.5.

Check out the key stats & form for Peterborough vs QPR

Peterborough and QPR could quite feasibly be playing in different leagues next season with Peterborough facing the drop whilst QPR are looking up at the Premier League. For now though, this is an all Championship tie with both sides able to focus on a different competition.

Peterborough won't enjoy a cup run if it detracts from their battle to stay in the Championship. Equally though, knocking out a promotion hopeful from their division could be the catalyst they need to get them out of trouble. How will they lineup to strike the right balance?

A cup run is always fun for the fans but it won't compare to a run to Wembley in the playoff final – especially if that ends with them moving into the Premier League. Will they make mass changes and still believe they'll be too good for Peterborough?

A brief FAQ ahead of Peterborough vs QPR 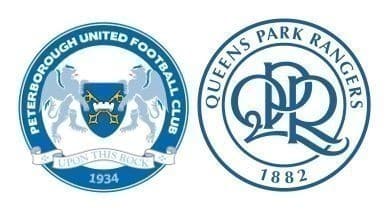