Boro to open the scoring

Here are the key stats & form guide for Peterborough vs Middlesbrough

Peterborough vs Middlesbrough: Let's look at the predicted lineups

This game won't be make or break for these teams but with both currently a tad short of where they need to be to achieve their respective targets, be that relegation or promotion, it's certainly a big match.

Peterborough are coming off a surprising 3:1 win at Queens Park Rangers; prior to that win, they were winless in 11 games across all competitions. Grant McCann's men are second-last on the Championship table, seven points from safety; they'll hope to string up consecutive wins for the first time in over five months.

Middlesbrough have had some mixed results in recent weeks; they have three wins, a draw and two losses in their last six games. Chris Wilder's men are seventh on the table, just below the promotion playoff spots; they will hope to go up the Championship table with a win.

A quickfire FAQ on Peterborough vs Middlesbrough 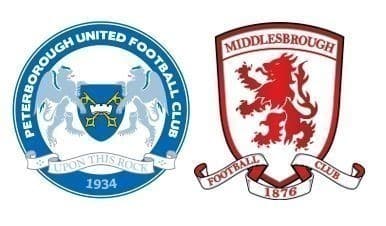