At this stage of the season you get a fair few dead rubber matches. Not this one with one team pushing for the playoffs and the other trying to miraculously escape relegation. Who wins as they face off? Find out with our Peterborough vs Blackburn match preview with free tips, predictions and odds mentioned along the way.

These two might sit at different ends of the Championship table but in recent form, there is little between the duo. In fact, across their respective last five games it's only Blackburn's marginally superior goal difference (+3) that ensures they're not identical. Both sides have a last five pattern of draw, draw, loss, win, loss. We are predicting consecutive draw number three here with both Peterborough and Blackburn struggling to win games; in their respective last five at home (Peterborough) and away (Blackburn) they can't boast a single win between them.

Backing goals for both teams

These sides might be struggling to pick up wins of late but there isn't a lot wrong where scoring goals is concerned; that's why we see them both netting in this match. Peterborough have seen both teams score in each of their last two and in four of their previous five games. Blackburn have a similar record with their last two also seeing goals at both ends but with just three of their last five seeing both sides score. Only one of the last five head to head meetings have seen a clean sheet too.

Here are the key stats & form guide for Peterborough vs Blackburn

Peterborough vs Blackburn: Let's look at the predicted lineups

Blackburn are outside the playoffs right now but we'll positioned for the final stretch. Peterborough meanwhile are at the wrong end of the table and are nearing last chance saloon. If either wins this game it could have big ramifications on the season.

If Peterborough lose this game they could be as good as relegated with four games still to play. Despite that, they've not given up just yet and have turned in some better displays of late even if wins have been lacking. It really is now or never for Posh.

Blackburn aren't drinking in the last chance saloon in terms of their playoff hopes just yet but anything less than a win against basement club Peterborough will raise concerns that they can get over the finish line. Rovers have been in ropey form of late given their relatively lofty position and that needs to improve – soon!

A quickfire FAQ on Peterborough vs Blackburn 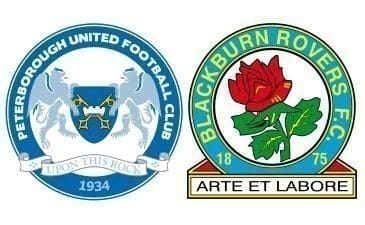