After having spent most of the last decade in different divisions of the English football league, Birmingham and Peterborough United face each other for the first time since 2013.

Peterborough come into this match on the back of four consecutive losses. The latest defeat came at the hands of Reading in a 3-1 score at the Madejski Stadium. Birmingham’s three-game unbeaten sequence in the Championship came to a conclusion following the 4-1 home defeat against Fulham.

Birmingham City travel to the Weston Homes Stadium as one of the four teams yet to suffer an away defeat this season. Birmingham have the second-best away record in the Championship 2021-22 season with seven points from the opening three matches. Meanwhile, Peterborough United already find themselves in the bottom three with five defeats from the opening seven games. Despite playing at home, Peterborough are unlikely to escape another defeat owing to the complete lack of confidence and the opposition’s strength.

Birmingham have been able to average just over the goal per game with the team scoring majority of their goals in away matches. Of course, this is largely down to the big 5-0 win over Luton Town towards the end of August. However, this Peterborough team are quite poor at the back with nine goals conceded in the last two games.

Peterborough United to get goals in the first half – no

Peterborough United have scored just one goal in the first half of this season. It is only in the second-half that the team has scored their remaining six league goals. This record is unlikely to improve against Birmingham, who have conceded more goals in the second half.

Top Betting Odds and Stats for Peterborough vs Birmingham

Peterborough boss Darren Ferguson has seen his team struggle upon their return to the Championship after almost a decade. The poor start to the season is compounded by the back-to-back heavy defeats that the team has suffered against Sheffield United and Reading. Ferguson only has Ricky-Jade Jones out with injury.

Lee Bowyer would like his Birmingham team to be positioned much higher than 10th in the table. However, there is not a lot of difference between Birmingham and the top six places. The Midlands outfit need to start picking up results at home to start moving up the table. Bowyer does not have any injury worries ahead of this game.

Questions about Peterborough vs Birmingham 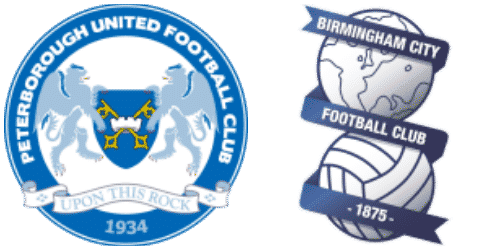 Where is the match scheduled? Weston Homes Stadium

Which team is the favourite to win? Birmingham City