“For me to play for England and to manage England… I can’t believe it. I can’t believe that this little Essex boy from Rochford got the chance to manage his country. That’s the proudest moment for me, football-wise and management-wise, 100 per cent.”

A look of satisfaction spreads across Peter Taylor’s face as he recalls the highlight of a long and decorated career in football.

It’s been 19 years to the day since he took charge of England for the one and only time – a 1-0 friendly defeat to Italy in Turin’s Stadio Delle Alpi. But as the veteran coach reflects on his brief spell as manager of the national team, it’s clear Taylor’s memories of that match are no less vivid than they were almost two decades ago.

“It was a very wet night and Gennaro Gattuso scored an absolute worldie, he probably never scored another one like that,” the 66-year-old manager recalls. “But it took a goal like that to beat David James that evening. Emile Heskey was brought down about three times and we couldn’t believe we didn’t get a penalty.

“We did ok and Emile was too hot to handle. I know a lot of the Italian players who knew Sven (Göran Eriksson, Taylor’s successor) said to him afterwards that he was absolutely unplayable when he got it right.”

Perhaps it should be no surprise that Taylor, now in charge of National League side Dagenham & Redbridge, remembers that game with such clarity. After all, it is arguably the defining match of a coaching career that has spanned over 30 years.

The former Brighton & Hove Albion and Hull City boss has won five promotions, managed 18 different clubs and international teams, and even coached as far afield as India and Bahrain. But after two spells in charge of England’s Under 21s, a period with the Under 20 side, and that match against Italy, his name is now somewhat synonymous with the Three Lions.

It could all have been so different for Taylor though, had it not been for Glenn Hoddle’s appointment as England manager in May 1996.

“Glenn was a team-mate (at Tottenham Hotspur) and a friend, but he’ll only get people to work for him if he knows that they can work in the way that he wants things to be done,” he explains.

“I’d done some work for him when he was manager of Swindon Town and I was the assistant manager at Watford. We took a team to Italy, so he saw me coach for four or five days.

“When he got the England job I was at Dover Athletic and I’d just signed a new contract there. Glenn rung me up to say that there was an opportunity to be England Under 21s manager if I wanted it, and there was no way that I was ever going to turn it down. 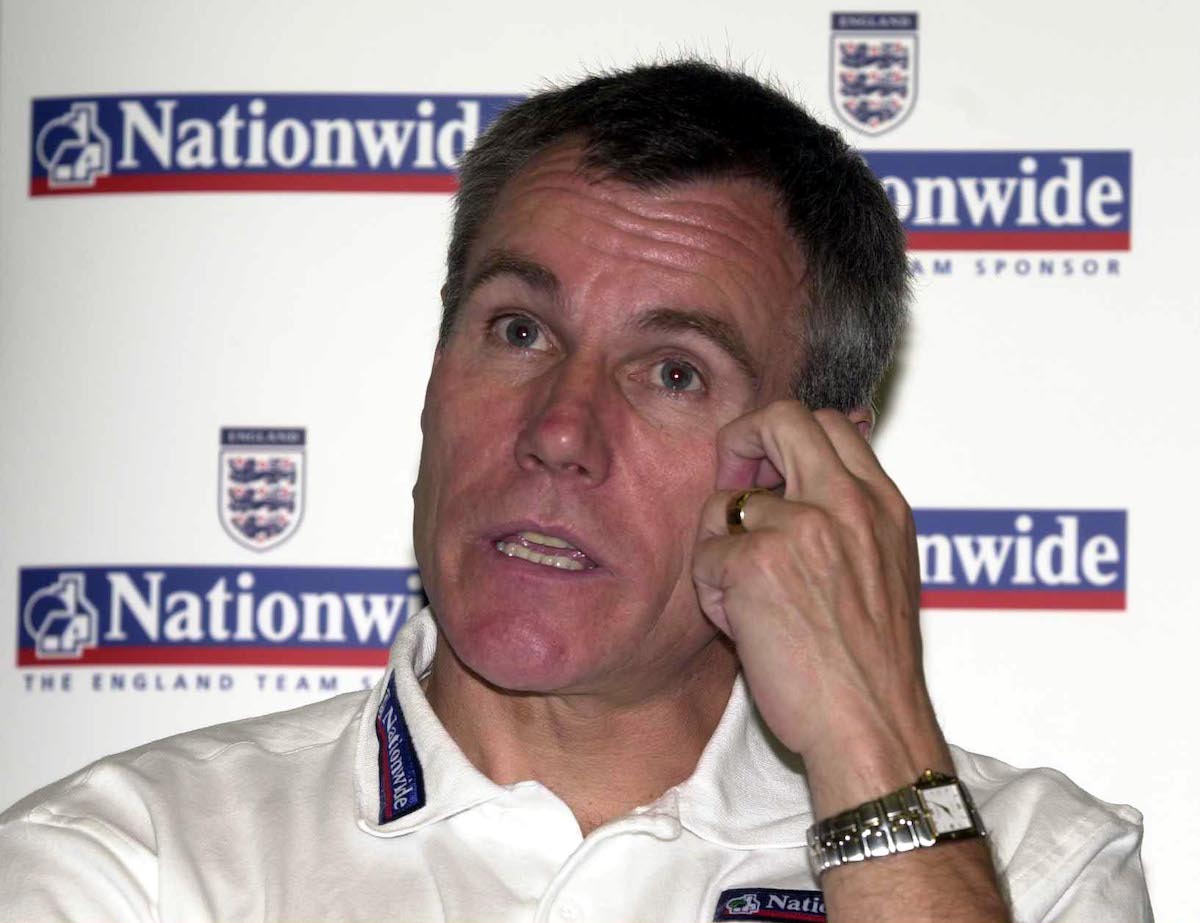 “I think things worked out well. We produced a lot of good players, had a lot of good results, and we got a lot of players in the senior team. So I think Glenn was rewarded. I can’t possibly thank him enough – he changed my life, that’s for certain.”

Taylor’s Young Lions were only defeated once in 15 matches and he is understandably proud to have helped a number of the country’s biggest stars on their path to success.

“I’ve been very fortunate to work with people like Rio Ferdinand, Frank Lampard, Michael Owen, Emile Heskey and Kieron Dyer,” he says, as the list of players continues to roll off the tongue.

Of course, there were certain individuals that stood out more than others, with Liverpool’s James Milner drawing particular praise from his former manager.

“The most professional player I’ve ever worked with was James Milner,” Taylor reveals.

“For him to get a Champions League medal last season, it couldn’t happen to a fellow that deserves it more. He was incredible. James Milner will never finish his career with any regrets, he’ll know that whatever he’s got out of the game he’s 100 percent worth it.”

There were perhaps a few regrets when Taylor finally left his position with England Under 21s, but reports of an acrimonious departure at the time were wide of the mark.

“The Football Association were looking to appoint a technical director and Howard Wilkinson got the nod,” he explains.

“I understand that and totally respect that. I’ve got to say that I really like Howard Wilkinson and I class him as a friend. People think I hate him because he got rid of me but that wasn’t the case.

“He said to me, with typical Yorkshire bluntness and honesty, ‘Peter, I’ll tell you now, I’m going to take over your job.’ I said, ‘What do you mean?’ And he said, ‘Well I’ve got it in my contract that I’m going to take over the Under 21s, because that’s why I joined – I want to do it the same way as the French. The French technical director runs the Under 21s and that’s how I want to do it.’

“It wasn’t a problem. We shook hands and I left a year early. It was fine because it would have been difficult to stay knowing that I wasn’t going to be doing the job longer term than that.

“But I thought the timing of the change was wrong. We were flying at the time, I think we’d won six and not even conceded a goal, and I lost my job. It was crazy. So the timing of it wasn’t right, and there was a lot of press about it. But in the end, it was the route the FA wanted to go down.”

There was certainly no bad blood when the Football Association came calling the following year, asking Taylor –then manager of Leicester City – to take charge of England on a temporary basis, following the departure of Kevin Keegan.

“Believe it or not I went to Wembley with my wife to watch the England vs Germany game, and I found out after the match that Kevin Keegan had resigned,” he remembers.

“Howard Wilkinson took the next game which was against France, and then all of a sudden I got a phone call from Adam Crozier (chief executive of the FA) to say, ‘Peter, would you consider taking the team for the next match against Italy?’ For me it was a no brainer as long as Leicester City agreed – yes please, I want to do it.

“We played Liverpool away and we lost 1-0 at Anfield. I was heading home and it was agreed then that I was going to be the manager of England. I was driving from Leicester to Southend because I still had a house there, and I swear to you, I was singing, whistling, talking to myself… it was the happiest two hours I’ve ever driven, I couldn’t believe it!

“The next day I went to London to see Adam Crozier and David Davies (executive director of the FA) to get it all sorted out and find out what they wanted from me. You know, were there any restrictions on who I was going to pick? But there was nothing like that, they just told me to get on with it. It was always agreed that Steve McClaren would be my assistant and it was the best five days of football preparation I’ve enjoyed.”

Taylor made the most of the freedom he was afforded, picking a youthful side that included the likes of Gareth Barry, Seth Johnson and Jamie Carragher, while also handing David Beckham the captaincy for the first time – perhaps his most significant act as England manager.

“The most pleasing thing for me was that, because I picked a younger squad, Sven was in the crowd trusting younger players – in my opinion,” he concludes.

“I think he saw that a young group of players turned up with no negativity about them, they were confident young men who could go on to play for their country. Whereas before we might have had a little bit more experience in the team, but sometimes that has negative aspects to it. Sometimes older players can’t train and play every day, but younger players are out there all the time – you never get them off the training pitch. So I felt like I helped contribute to a younger squad.

“I decided to give the captaincy to David (Beckham) because all I could remember was when he got sent off against Argentina. I was involved, I was one of the coaches there with Glenn. I couldn’t believe the stick he got the following year and he was magnificent. He took everything on board and he was a brilliant player. 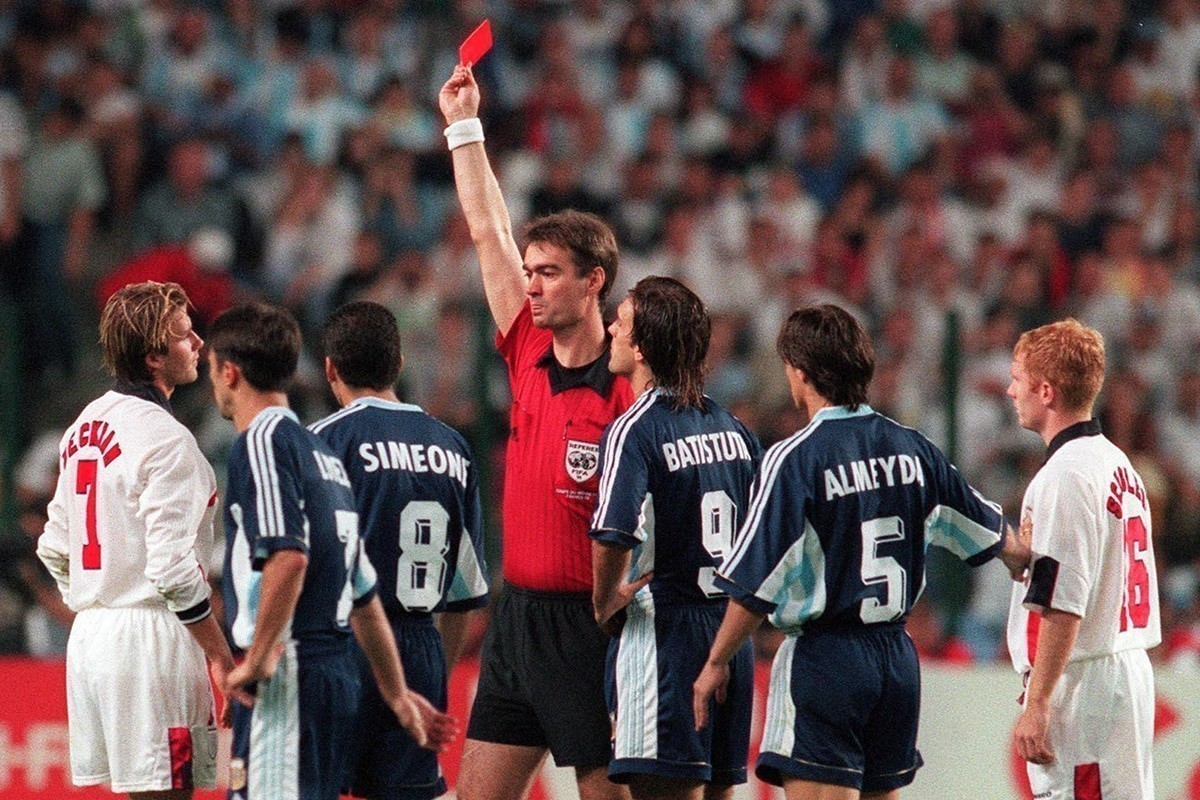 “What people don’t know is that every time there was an England get together he was there. He never ‘threw one in’ that he wasn’t well or he had an injury. Certain people did sometimes but he always wanted to be there, whether it was a friendly or a qualifying game.

“So I felt like he deserved it and that he should be rewarded. You never know how it’s going to work out but Sven carried on with him as captain.

“One thing was for sure about David – if he scored a goal from a free-kick then it meant he had practiced that free-kick. If he ended up being captain then he’d practice being a good captain. That’s what he’s about, and I’ve got no doubt in my mind he was asking other captains, ‘What do you do here?’, ‘How do you do that bit?’, ‘What’s expected of me?’ and so on. He’d have worked very hard at being a good captain.

“I also felt as though it didn’t affect his performance. I was captain myself at Crystal Palace and it affected my performance because I wanted to do too much. In David’s case he carried on playing well, and it was a good choice in the end because he was a brilliant captain.” 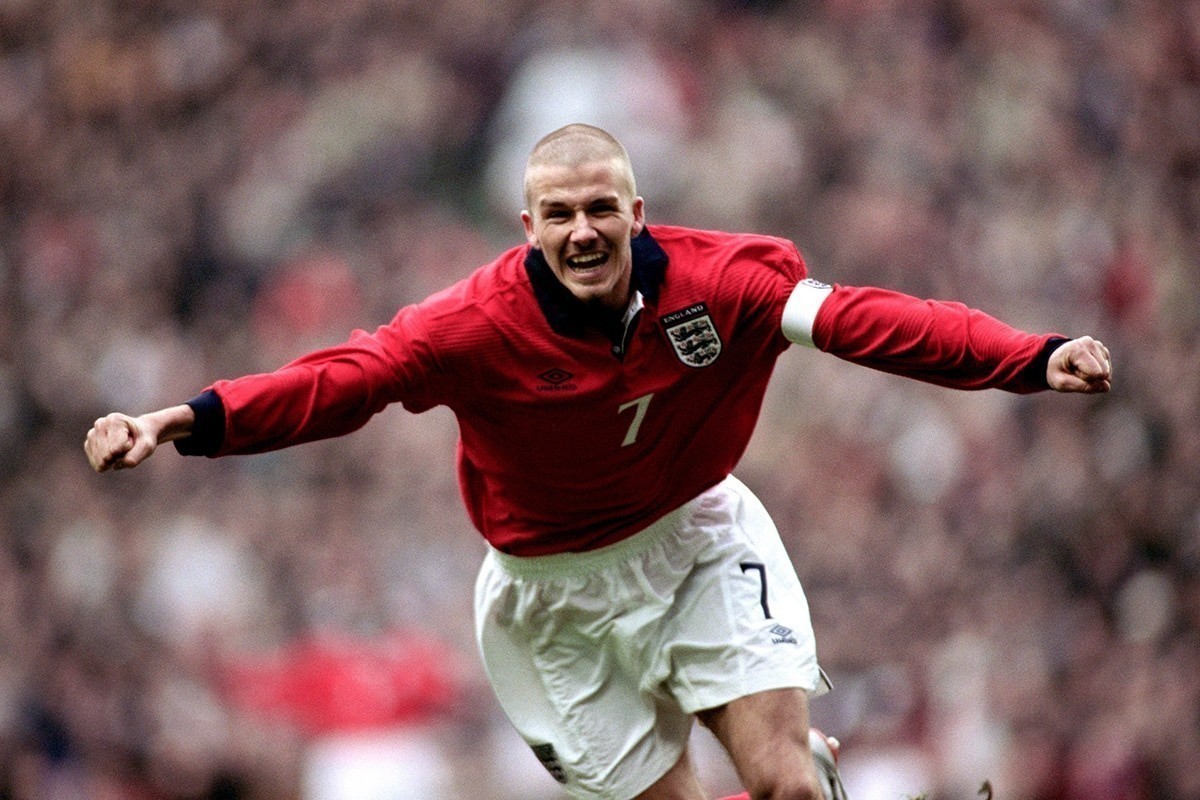 A return to club management followed for Taylor, who resumed his role at Leicester City after the briefest of glimpses into life under the spotlight as England boss. But does he have any regrets about not holding the position for longer?

“Oh no, it was always agreed that it was the one game, I knew that Sven was coming in and I met him before the match,” he confirms.

“I had the best four or five days and I enjoyed every second of it. If I’d been the full-time manager and the result had mattered then I’d have felt a lot more pressure. I didn’t feel one ounce of pressure that week, I loved every minute of it.”