It may have taken 18 months but Aymeric Laporte is finally a Manchester City player. The French centre-back arrived during the final week of the January transfer window in a deal worth £57million and immediately made an impression.

He put in an eye-catching performance on his debut against West Brom, playing passes some of the best playmakers would have been proud of. It led to manager Pep Guardiola claiming the fee City paid could prove to be a bargain.

“Laporte plays 45 minutes and plays like that. People say he is expensive – maybe he will prove to be cheap!”

“Today, good players are so expensive. I said (to the board) ‘if you can do a Laporte deal, do it, if not, no worry.' They said we can do it in the summer but we will try to do it now. It was easier because he had a buy-out clause.”

The addition of Laporte gives the champions-elect an embarrassment of riches. The 23-year-old joins John Stones, Nicolás Otamendi and Vincent Kompany to boost the senior centre-back count from three to four.

Unlike other clubs, however, Guardiola isn't spending for the sake of spending. City did need defensive reinforcements.

Kompany played more minutes during the 2014/15 season than he has in the past two-and-a-half combined. As good as as the Belgian is, he's just not reliable. And while Otamendi is having the best season of his career, you can't help but shake the feeling that this is just a good run of form.

City are certainly making the most of it, but it's a little premature to be banking on the 30-year-old Argentine to sustain his impressive performances for years to come.

In Laporte City have signed a player who could be a mainstay in their defence for the next decade. It was a shrewd piece of business in an inflated market, but does his arrival signal the end of Stones' career in Manchester as a guaranteed starter or can the two form a long-lasting partnership?

Back in the summer of 2016, City were linked with both Laporte and Stones. If reports were to be believed it was an either/or sort deal. The Athletic Bilbao defender decided to stay in Spain which forced City into going big to convince Everton to part ways with Stones.

The former Barnsley youngster was the man tipped to be Guardiola's long-term starting centre-back. But Laporte's arrival casts doubt on line of thinking.

Stones is still raw and is prone to making the odd mistake, but it's expected from a 23-year-old defender playing a risky game. The issue is, however, that Laporte is eerily similar, on paper at least. Which is why some in the media claim the two are too much alike to play in the same system.

But that is perhaps because so many are reluctant to believe that not all ball-playing centre-backs are identical. Like with most positions in football these days, it's a lot more complex than people realise and it's why Laporte and Stones could become one of the best partnerships in world football.

Stones and Laporte will work well together

As mentioned in our Laporte profile, the Frenchman is famed for his ability to switch play and pick out a winger with a raking diagonal. Our own Ryan Baldi highlights the similarities the one-time Chelsea transfer target shares with ex-Man City man Jerôme Boateng.

“The switch to the winger is a tactic Guardiola came to use often during his time in charge of Bayern Munich, utilising Jérôme Boateng’s accurate left foot, and could be a real asset in helping Raheem Sterling receive the ball in space wide on the right.

“Laporte’s average of 7.4 accurate long balls per 90 minutes is better than any City player this season, with Kompany (4.7) and Otamendi (4.2) coming closest.”

At Bayern one-time City defender Boateng struck up an impressive partnership with Mats Hummels despite the pair being ball-playing centre-backs. There's no reason Laporte and Stones can't replicate the dynamic, with the Englishman playing Hummels' role.

While Laporte is the one to play those long, accurate cross-field passes, Stones prefers to carry the ball into midfield before looking to play a pass into the feet of an attacker. One is expressive, the other is incisive, but both are confident in possession.

There are examples of Laporte switching play for Athletic Bilbao in the detailed scout report, and City fans got to witness it first-hand in the 3-0 win over West Brom.  He's already nailed down the part of Boateng. 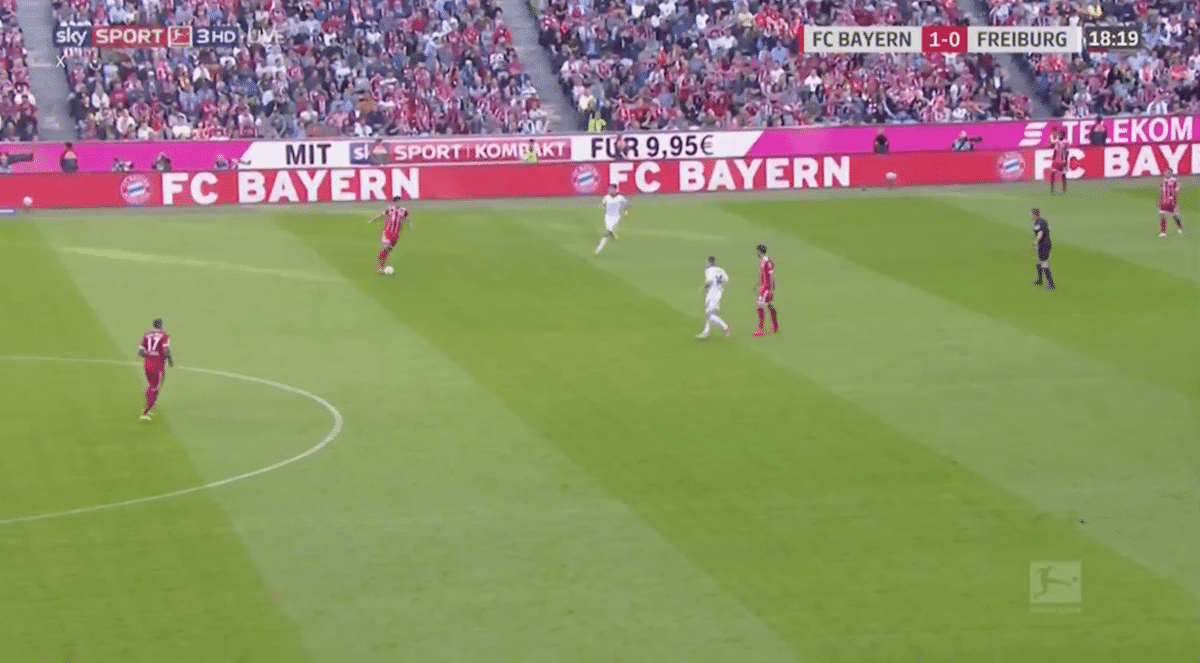 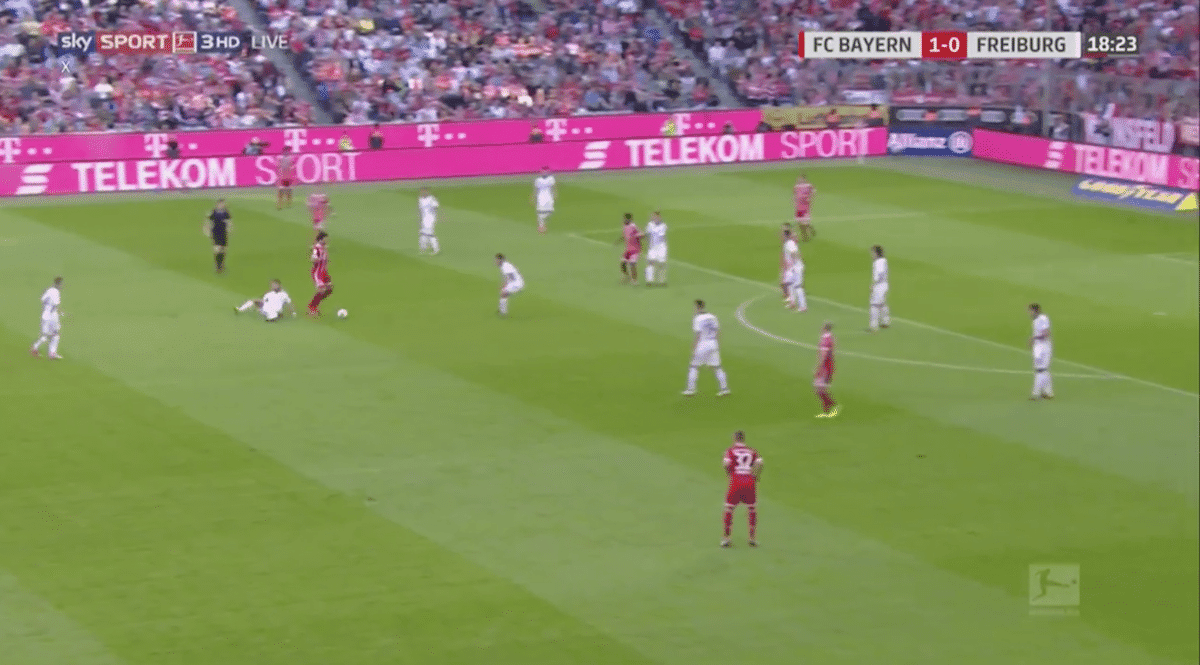 In the pictures above you see Hummels, playing for Bayern Munich, breaking the lines, similar to what Stones does for City. The former Dortmund centre-back picks the ball up and ignores a pass to his right to Boateng.

He dribbles past the Freiburg man and drives forward into the space ahead of the midfield line. He draws a man out of position before playing a pass into the left flank. It comes to nothing but the intent was there. Against teams who like to sit deep you need that sort of invention from one of your centre-backs.

You see it from Stones against Burnley in the pictures below, one of the most disciplined and organised teams in the Premier League. 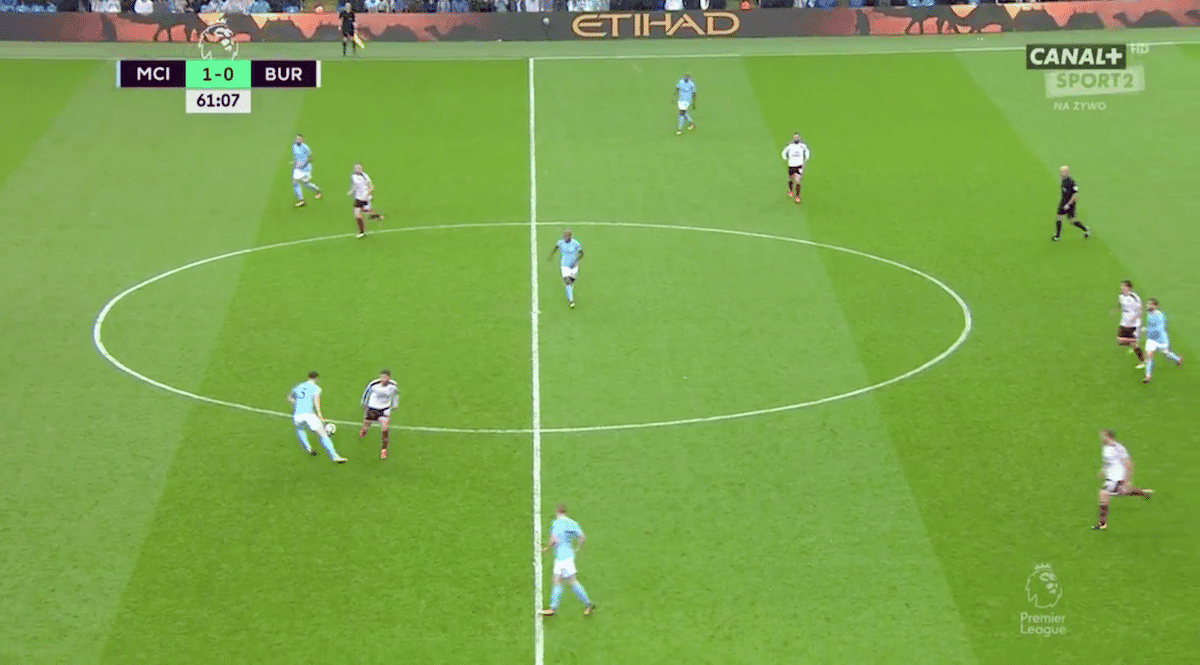 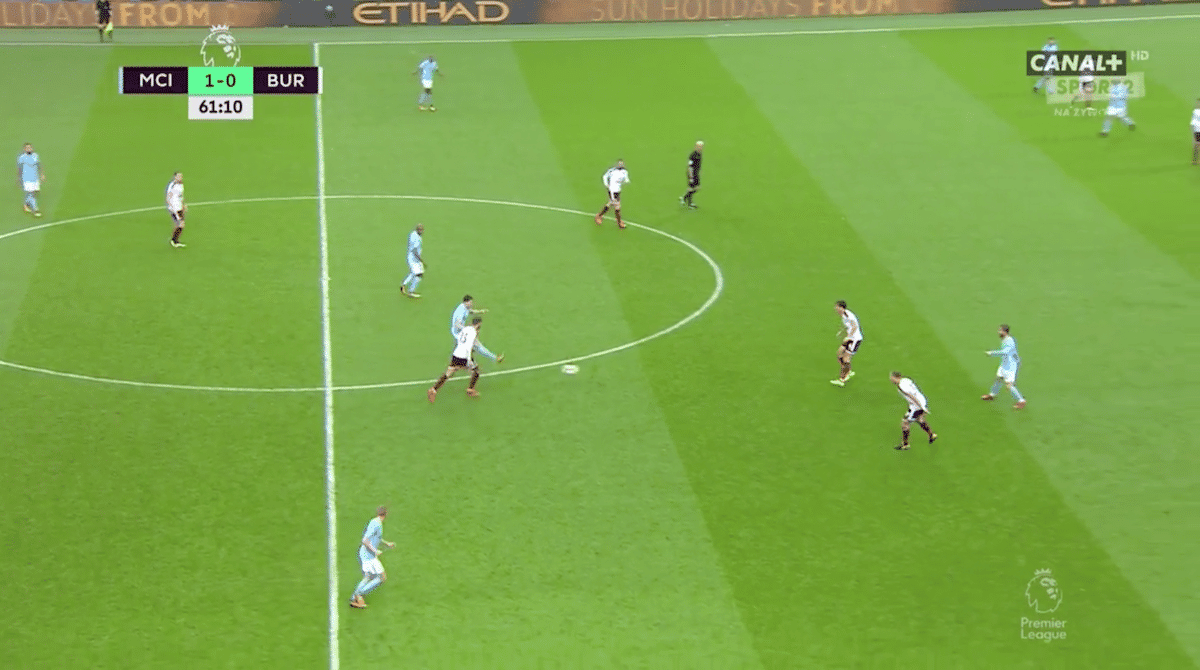 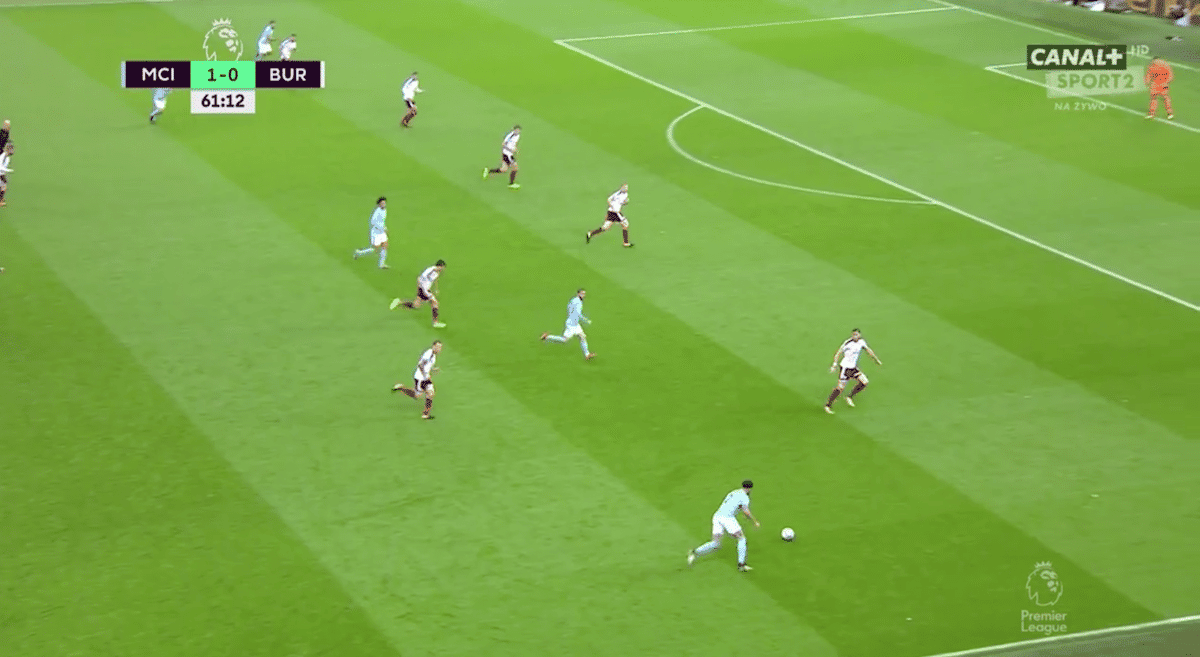 The City No.5 picks the ball up under pressure and immediately evades a press. Instead of just playing an easy pass into Fernandino, and passing on the responsibility to get his team going, he steps into midfield.

Both Laporte and Stones have the ability to turn the opposition around. They complement one another. If teams look to fill the centre of the pitch to stop Stones then there's more space for Laporte to hit the diagonals. If the opposition attempt to cover the wingers then it allows Stones to step into midfield. It really is a perfect dynamic for City.

They'll both make mistakes as they continue to develop but City are one of the best defensive units in Europe.

Teams don't get many chances against Guardiola's men, City concede the fewest amount of shots in the top five leagues this season, meaning they won't be regularly tested. They also have Kompany and Otamendi in reserve if they need a more experienced head in certain matches.

There's the potential there for Stones and Laporte to form one of the best partnerships ever witnessed in the Premier League over the next decade.