It was in January 2016 that Watford completed the signing of a South American prodigy. One that had already made his mark in European football and had taken a La Liga record away from a certain Lionel Messi.

Such was the promise of the Venezuelan teenager that Hornets CEO Scott Duxbury, a man not prone to hyperbole, went on record to claim Adalberto Peñaranda would soon be worth more than six times the £8million they paid to Granada.

“Peñaranda can become a £50million player over the next four years,” he told WD Sport prior to the 18-year-old's arrival at Vicarage Road.

“So we brought him in early, relatively cheap. There were lots of football clubs looking around him, looking to purchase him. He’s an amazing talent. We are very, very excited.”

The Hertfordshire club's faith in Peñaranda was clear. Unfortunately, the UK home office didn't feel the same way. The versatile attacker wasn't granted a work permit. His Watford career went on hiatus before it had even started.

And so began a two-year spell away from Vicarage Road – first with Hornets' sister club Udinese and then La Liga side Málaga – in which he made 23 appearances and failed to score.

Many a club would have given up on Peñaranda. Not Watford. They continued to push for a work permit and in November it was granted. The 21-year-old would, finally, be able to play for the club he had joined almost three years earlier.

Yet he was kept waiting by Javi Gracia. “I think he needs time,” the Spaniard said. “Only by training hard during in the coming weeks will he be in the best condition. I think he's a very good player for us and I'm sure he will help us.”

Last Sunday, Peñaranda's moment arrived. You imagine it wasn't quite what he pictured when he signed back in 2016 – Woking, away, in the FA Cup third round – but it was the opportunity he had waited so patiently for.

So what of the performance? Peñaranda was effective but not decisive. Yes, he was up against sixth-tier opposition but expectations should have been tempered – this was the first competitive game he had played since January 12, 2018.

Only in the coming weeks and months, when he is fully fit and integrated into the first-team squad, will the time be right to truly judge Peñaranda.

Where will he fit in?

During his formative years, first in his native Venezuela and then at Granada, Peñaranda was used out wide on the left flank. From the position, he could utilise his pace, quick feet and trickery to move infield onto his stronger right foot and threaten goal.

Yet during his time at Málaga, for whom he didn't score in 16 appearances, he was almost exclusively used as a central striker. And Gracia believes that is the role he will play at Vicarage Road.

“He can play in different positions but I think he's a striker,” the Spaniard said in November. “He's a good striker, a young player with a brilliant future. I think he has a good present as well and he can help us.”

In truth, Peñaranda's natural position on the left of a front three doesn't currently exist at Vicarage Road; Watford play a 4-2-2-2 system, with the wide players tucking in to create overloads in the centre of the pitch.

So Gracia is right to put the Venezuela international in his striking pool, which also features Troy Deeney, Andre Gray, Isaac Success and Gerard Deulofeu. That quartet have scored 15 goals this term and the youngster is unlikely to cause a dramatic increase to that total over the coming months.

He does, however, offer Watford something different; or at least combines the skillsets of Gray and Deulofeu.

Given his pace and willingness to make runs without the ball, Peñaranda is a natural threat behind opposition defences. And if he collects a through pass, he has the touch and technique to bring it under control and score.

Admittedly, you have to go some way back to highlight this resulting in a goal, but it is there.

The below stills are taken from Peñaranda's time with Granada. That day, against Las Palmas, he was played through the centre and scored what proved a consolation in a 4-1 defeat. 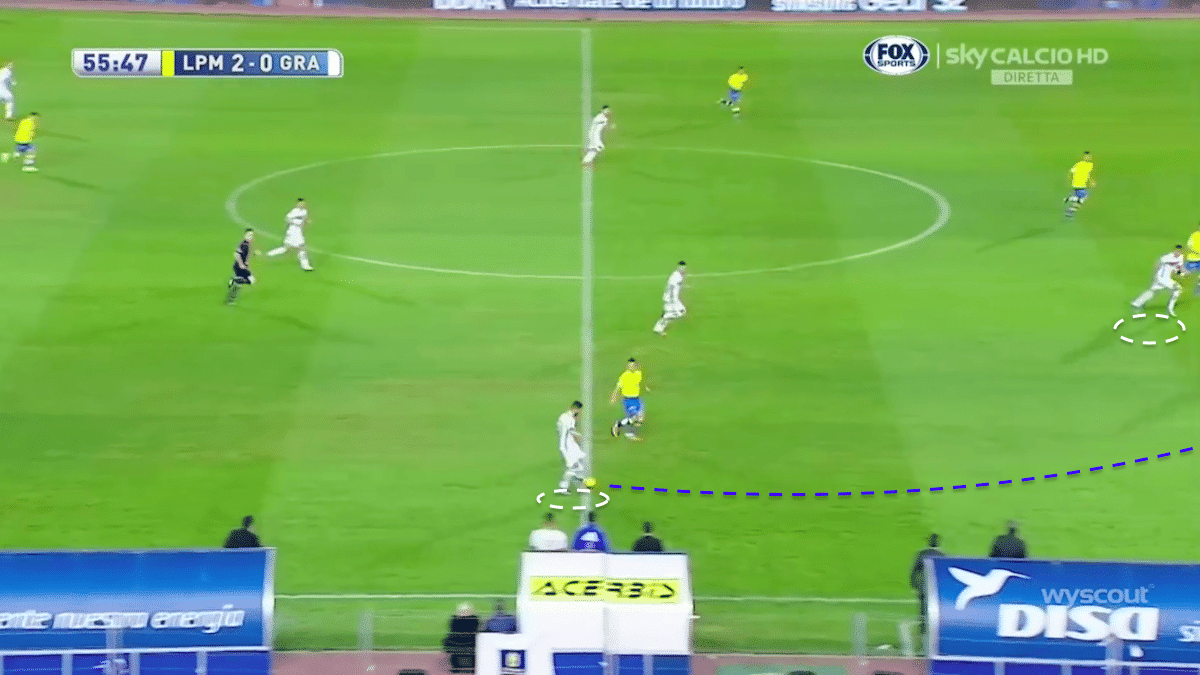 As the midfielder gets the ball, you can see Peñaranda on the far right of the picture. He has already started to make his run, anticipating the pass.

His pace allows him to ease away from the covering defenders and from then on it is about his touch and composure. 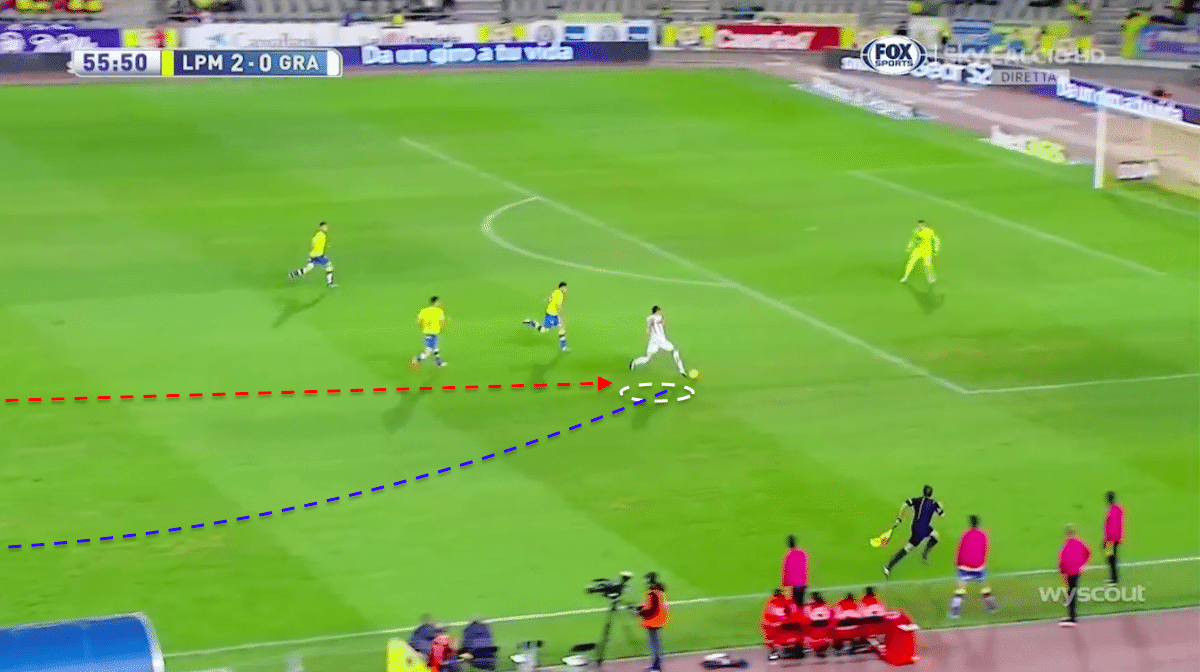 He knocks the ball forward twice, all the while keeping it under control, before then firing through the legs of the goalkeeper. It is a smart finish. 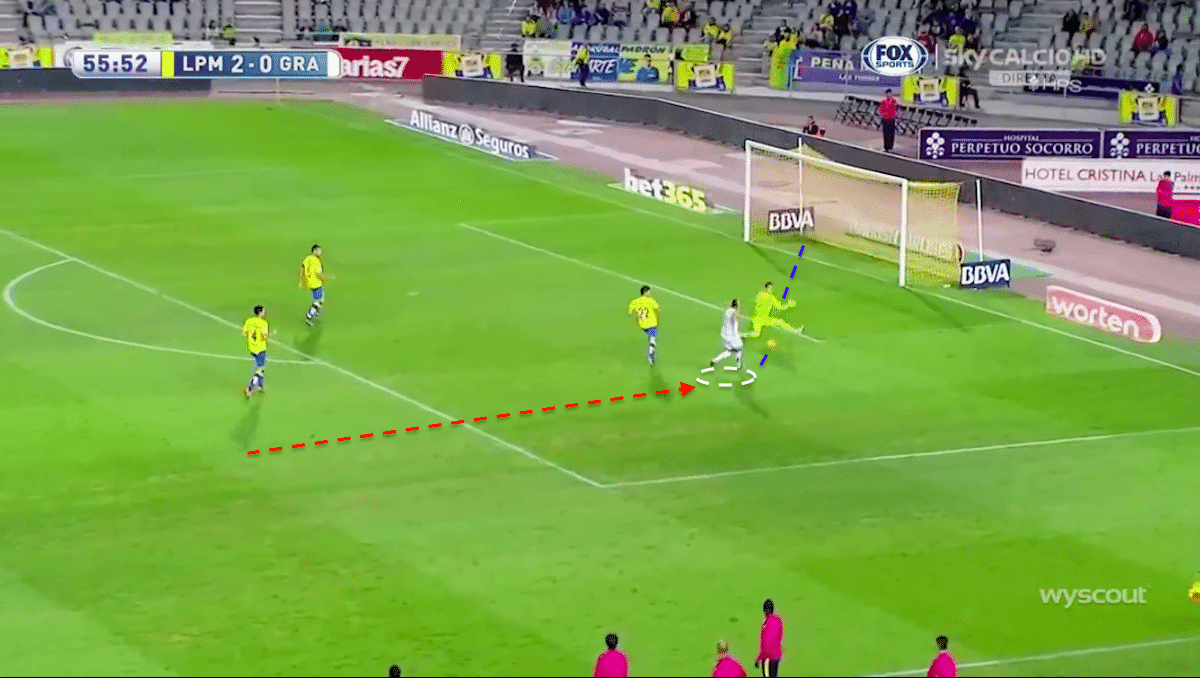 Yet it wasn't a one-off. Peñaranda may not be a great goalscorer – not yet, anyway – but he is a scorer of a particular type of goal.

The below is taken from the 2017 Under-20 World Cup, a tournament in which Peñaranda scored twice to help Venezuela reach the final, where they were eventually beaten by England. 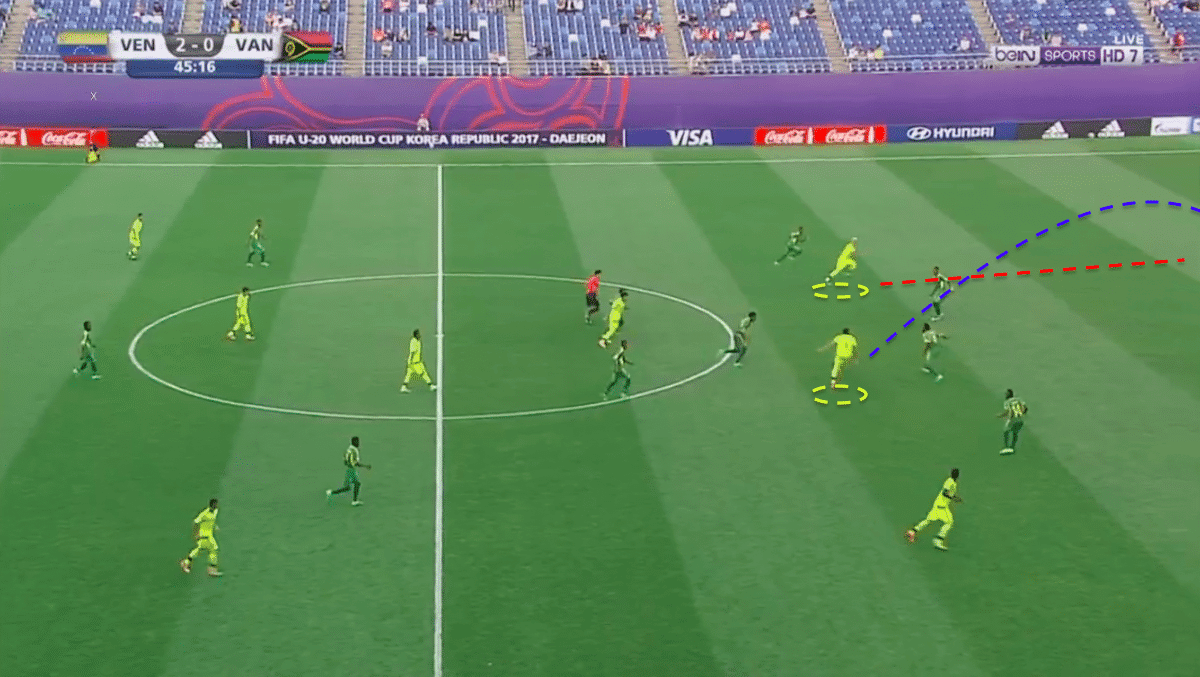 Again the Watford man is breaking forward in anticipation of a pass. Which he receives.

And once through on goal, he chests down the ball to bring it under control and then drills a shot low and beyond the goalkeeper. 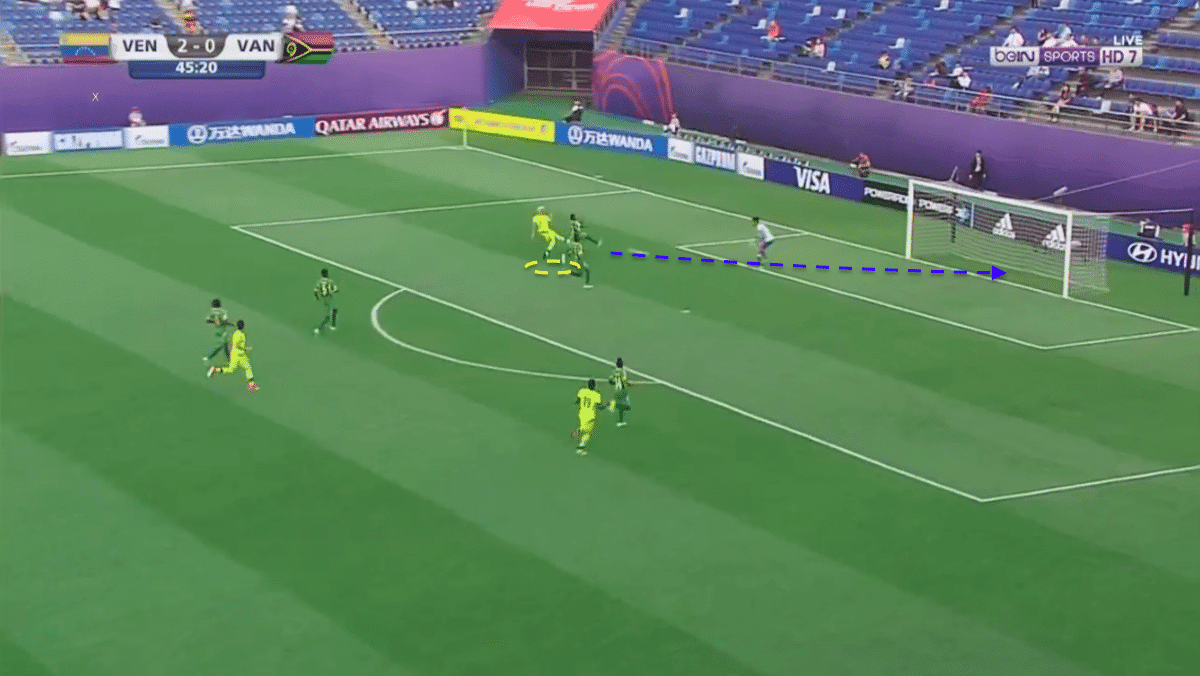 In the Premier League Peñaranda will come up against stronger defences, yet he has weapons that can hurt sides.

He will need to be given time to acclimate, the space to make mistakes and learn from them, but his potential is not in doubt.

The last couple of years have been difficult for the young attacker but he has faced adversity in his fledgeling career before – he was shot in the left leg during a robbery in 2015, fortunately, the bullet passed clean through – and come through it.

It will certainly take longer than the four years Duxbury suggested back in 2016, and it will require plenty of work from the player himself, but maybe Watford have another £50million player on their hands.