It’s fair to say Pedro is finally living up to expectations at Chelsea.

The Spaniard has eight goals in his last 11 matches in all competitions and is arguably the Blues’ in-form man at the moment.

He scored the goal that gave Chelsea the lead once again in their 3-1 win over Swansea City last weekend and, speaking after the game, Antonio Conte made it clear there are no surprises when it comes to the 29-year-old.

“Pedro is showing his quality,” he said.

“We are not finding out now about his quality.” 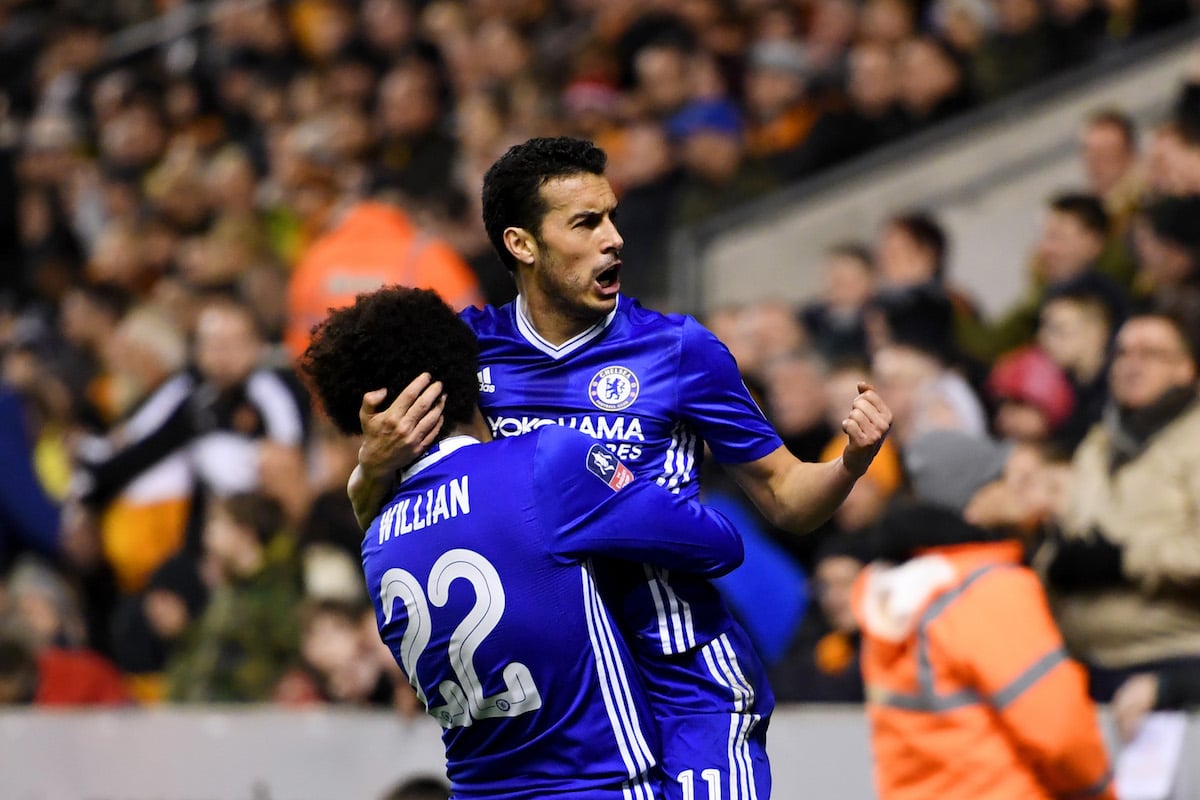 But Chelsea fans could argue that quality wasn’t shown after he arrived from Barcelona for £19million two summers ago.

Whereas he already has 11 goals this season, the Spain international got just eight last campaign, and aside from his debut against West Bromwich Albion, was one of a number of players who simply underperformed in Chelsea’s disappointing title defence.

So what has changed for Pedro?

Pedro wasn’t a starter when Conte first switched to the 3-4-3 formation that has been successful, but took his chance when Willian had to travel back to Brazil due to a family bereavement.

And Pedro has more than repaid the faith shown in him by the Italian since then, hailing his boss for the trust he has shown in him.

“He’s been really, really good,” he told The Telegraph.

“He put trust and belief in all of the players and then we started winning matches.

“It’s just like everything turned really quickly. We started to go really well, our trust started growing and everything became really positive. We’ve got a lot of trust and that really helps. 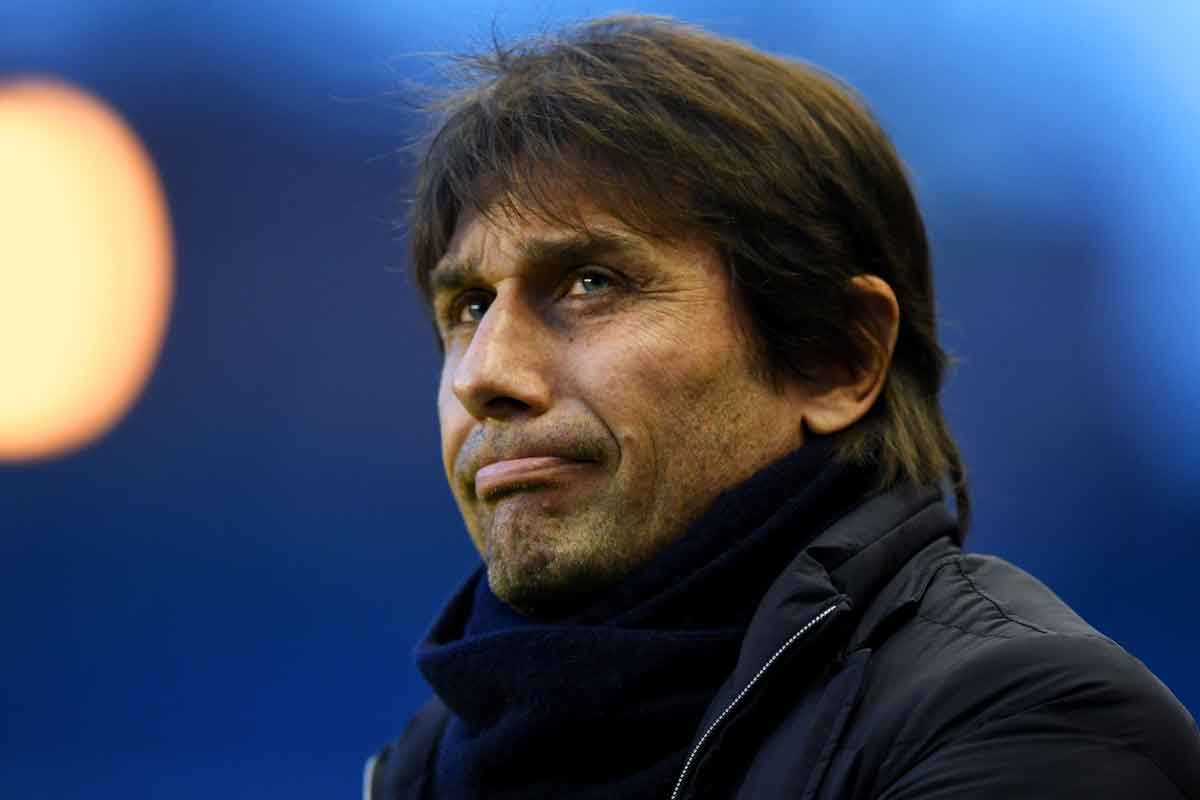 “One of the key things is the trust we have everybody. Everybody trusts each other and it means we work really well together as a team.

“When we get a chance we take it and that makes the team feel more relaxed and play with more confidence.”

It’s fair to say trust is the key word for Pedro under Conte.

But it’s also important to note how he says that when Chelsea get a chance, they take it.

The Blues aren’t incredibly impressive statistically this season, but Conte has made them into a very efficient machine.

And Pedro reckons the atmosphere under Conte also has had an effect.

When talking about Mourinho, he added: “It was about everything, everything just wasn’t right.

“It made it very difficulty to be fit, to be in a good position. It was just the whole thing – it wasn’t right.”

And it’s clear that after his time at Barcelona, Pedro knows what a winning club should feel like, and that’s what he thinks Conte has made Chelsea into.

Interestingly, if you compare Pedro’s Premier League statistics to last season, there is not really an improvement this term.

He is making fewer passes too in this campaign (38 per 90 compared to 42.7), but the 29-year-old is just simply more efficient this season.

The Spaniard completes fewer dribbles per 90 than last season (3.4 compared to 4), but, again, he has improved his efficiency.

And a key part of Conte’s game is Chelsea being quick on the counter-attack, and Pedro’s pace is vital to that; this season he has a much improved rate of successful take-ons (72 per cent compared to 57.78 per cent).

Adapting to life in England

What many people forget about footballers is that they are in fact humans, and may need time to adapt to a new situation.

For someone who had spent the entirety of his football career in Barcelona, going to Chelsea was always going to be a culture shock.

And Pedro himself admitted in October he fells more at home at Stamford Bridge this season, telling Barça TV: “I’m enjoying everything [in London].

“I’ve settled in better with my team-mates and fans, and I’m enjoying the experience.”

Indeed, Chelsea fans will remember that even someone like Didier Drogba needed a season to adapt before truly showing how good he could be.

And you can see in the images below, that Pedro simply wasn’t in tune with his team-mates for part of last season.

Both times he expects his fellow Blues players to make runs that they simply don’t. 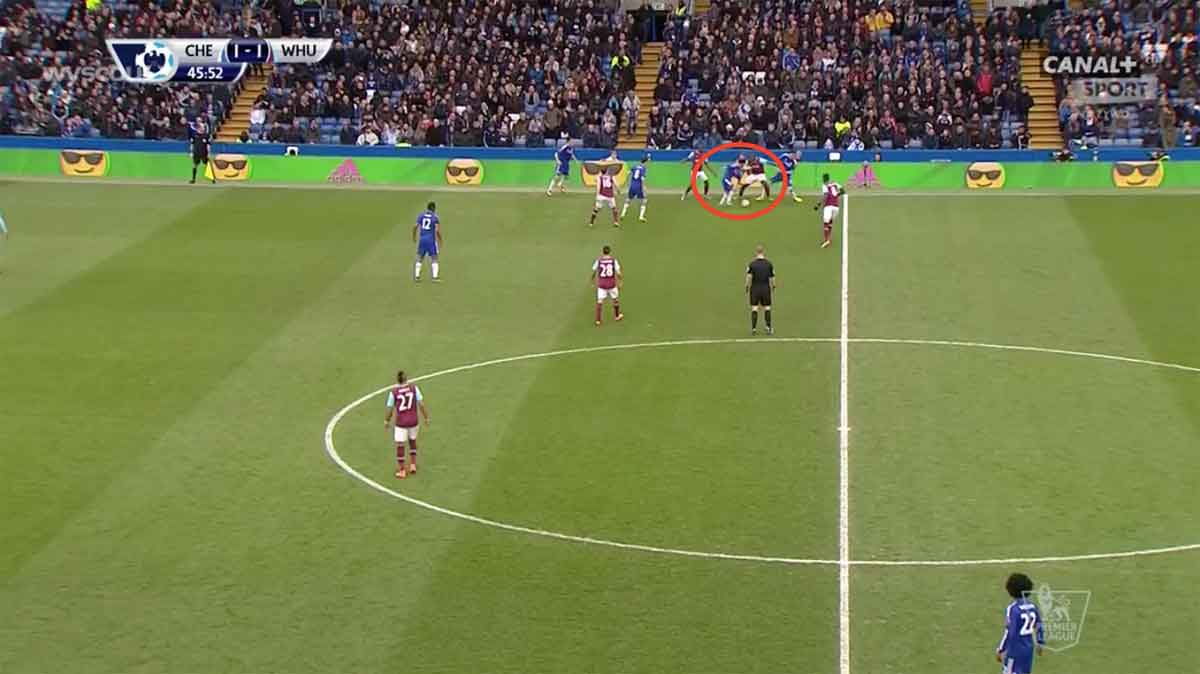 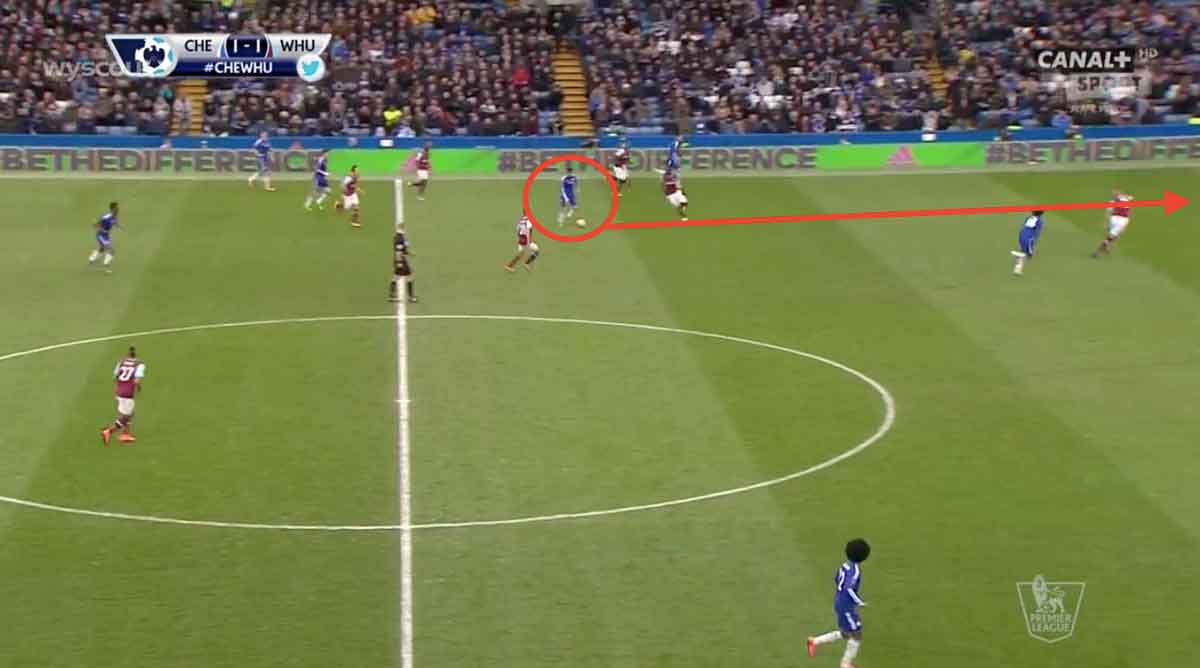 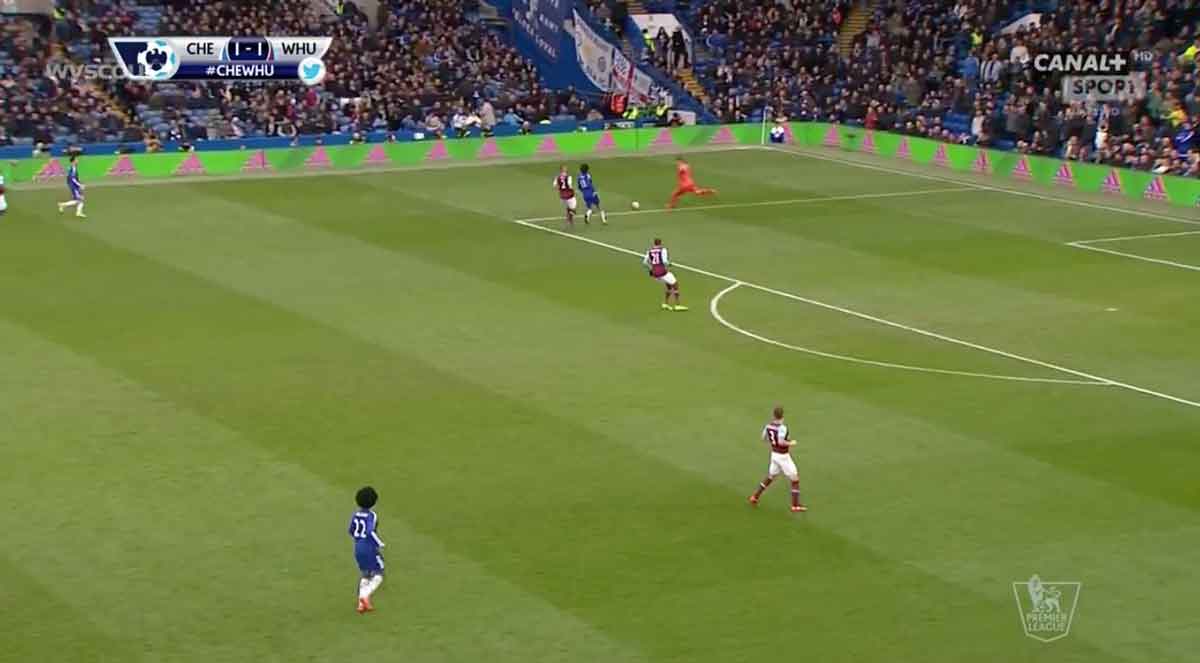 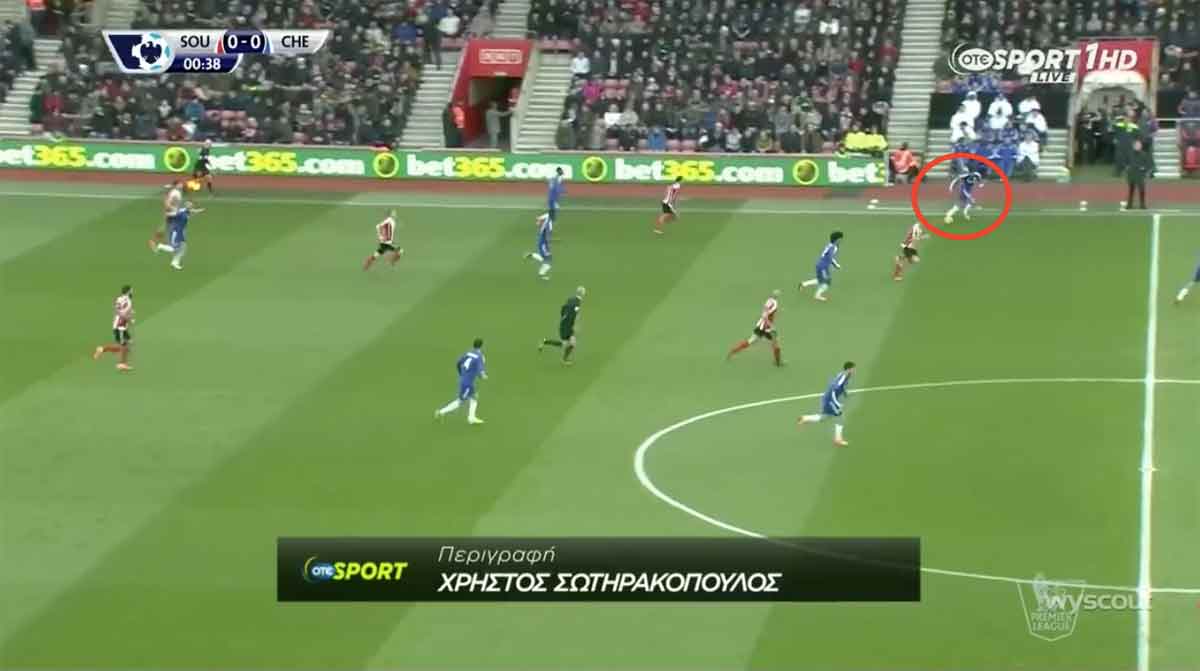 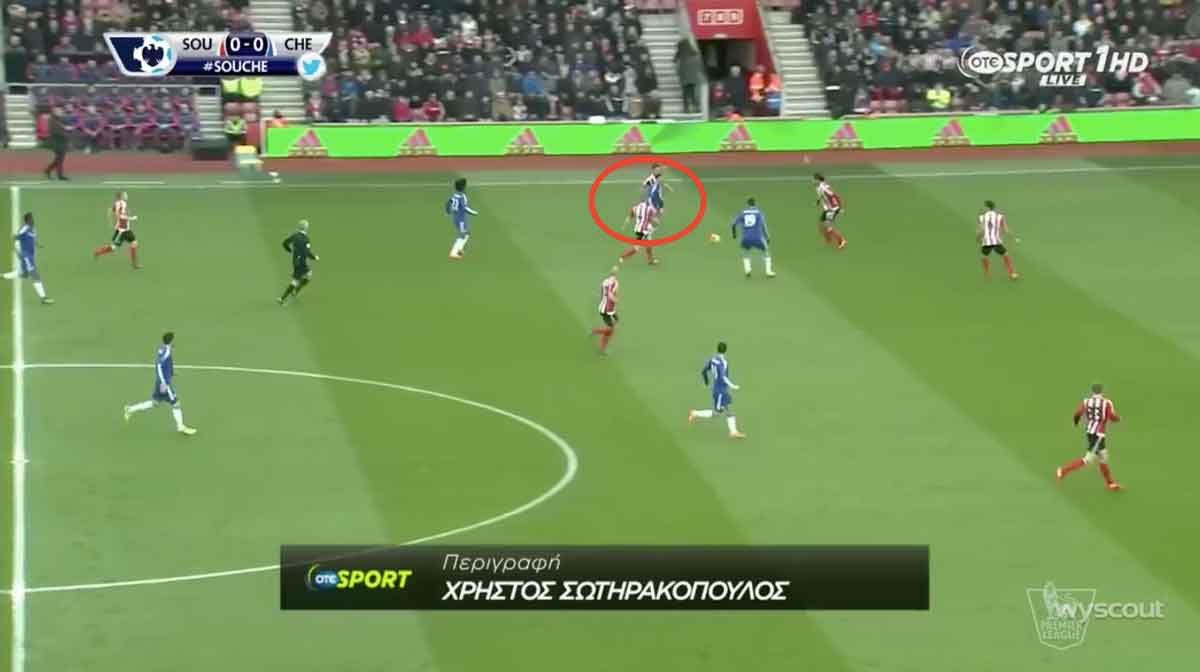 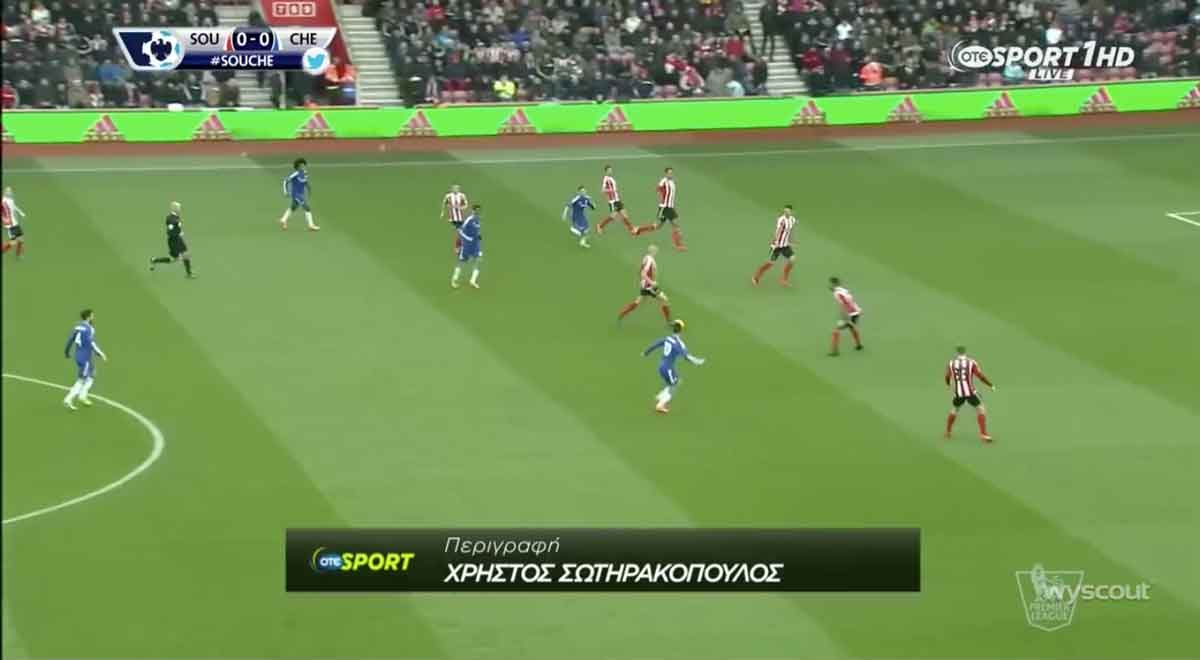 But Conte spends so much time on the training ground, the Chelsea men now know their team-mates inside out, and the runs they will make.

Below, Pedro drops deep to collect the ball from Nemanja Matic, before using the runs of Eden Hazard to get a shot away against Bournemouth – he is taking on players in a much more successful way than he was last season, with a much better end product. 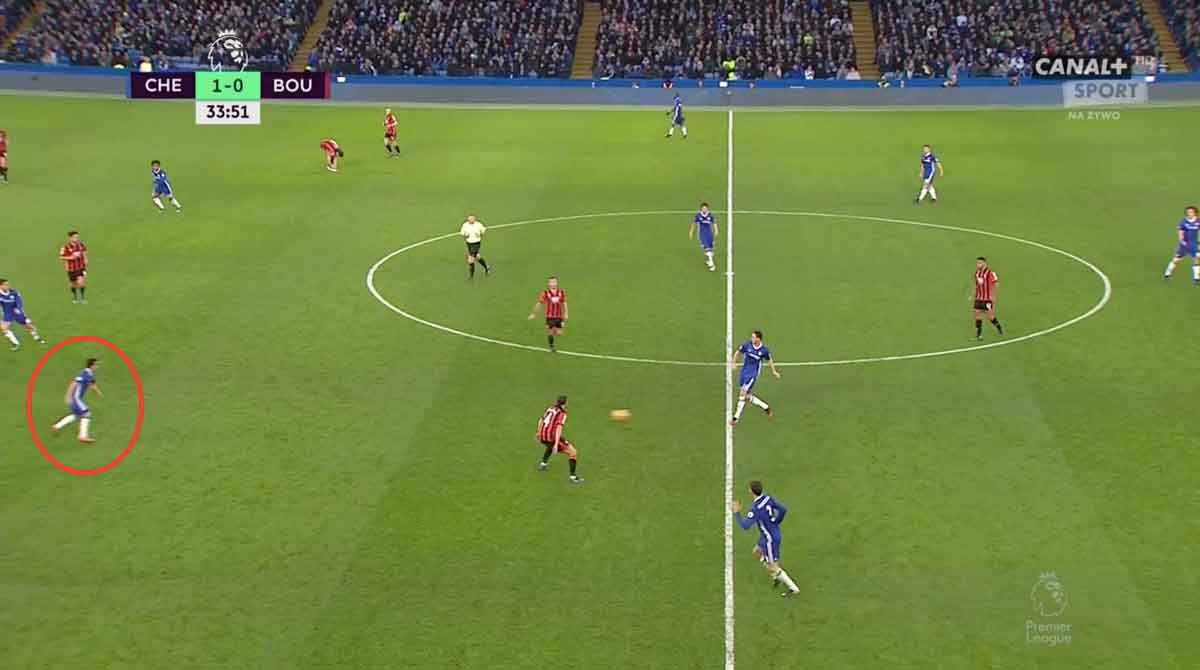 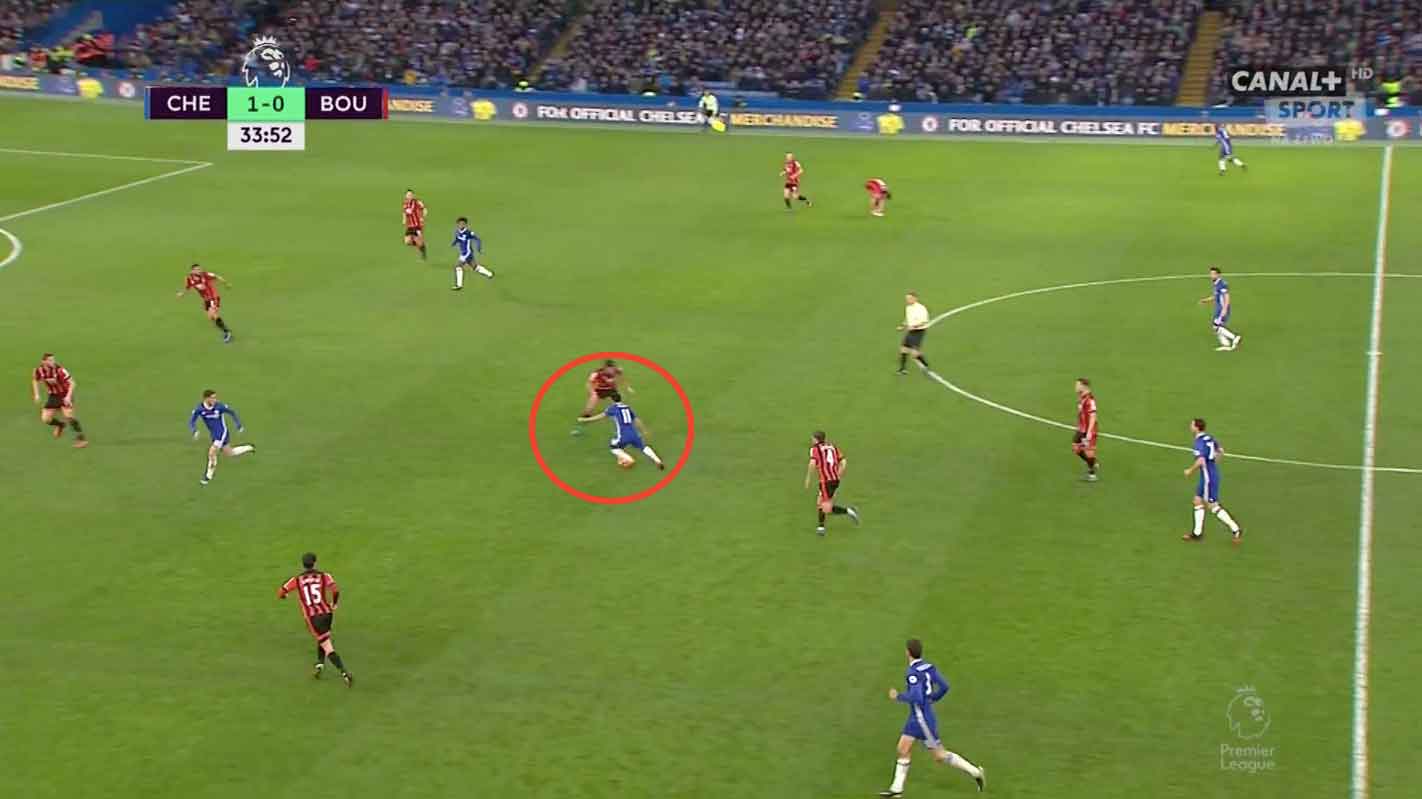 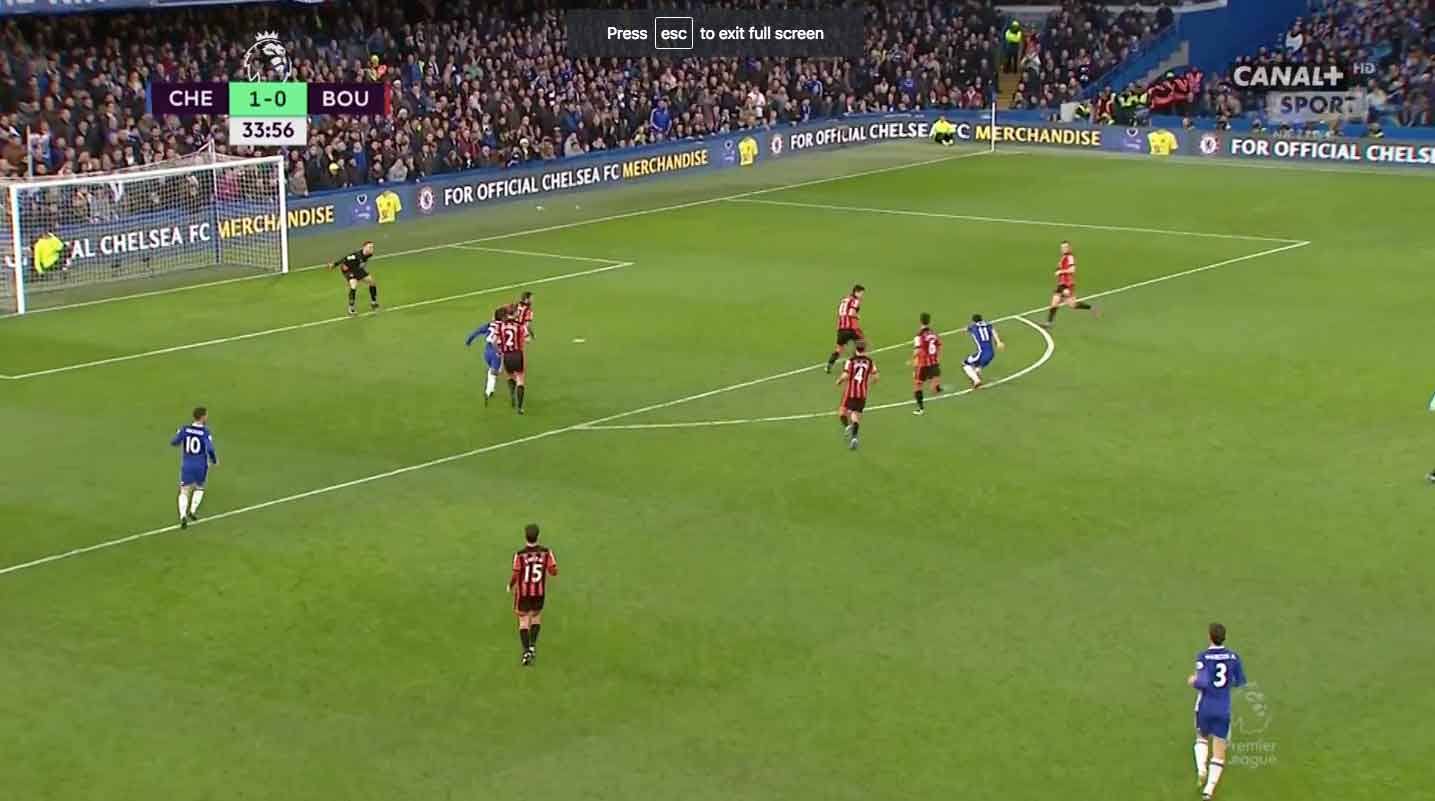 And below, against Wolverhampton Wanderers, even operating in an unfamiliar left wing-back role, Pedro excelled.

Conte has the players drilled so they all know what they need to do, and Pedro made the right run into the space, knowing Hazard and Willian would team up well to find him. 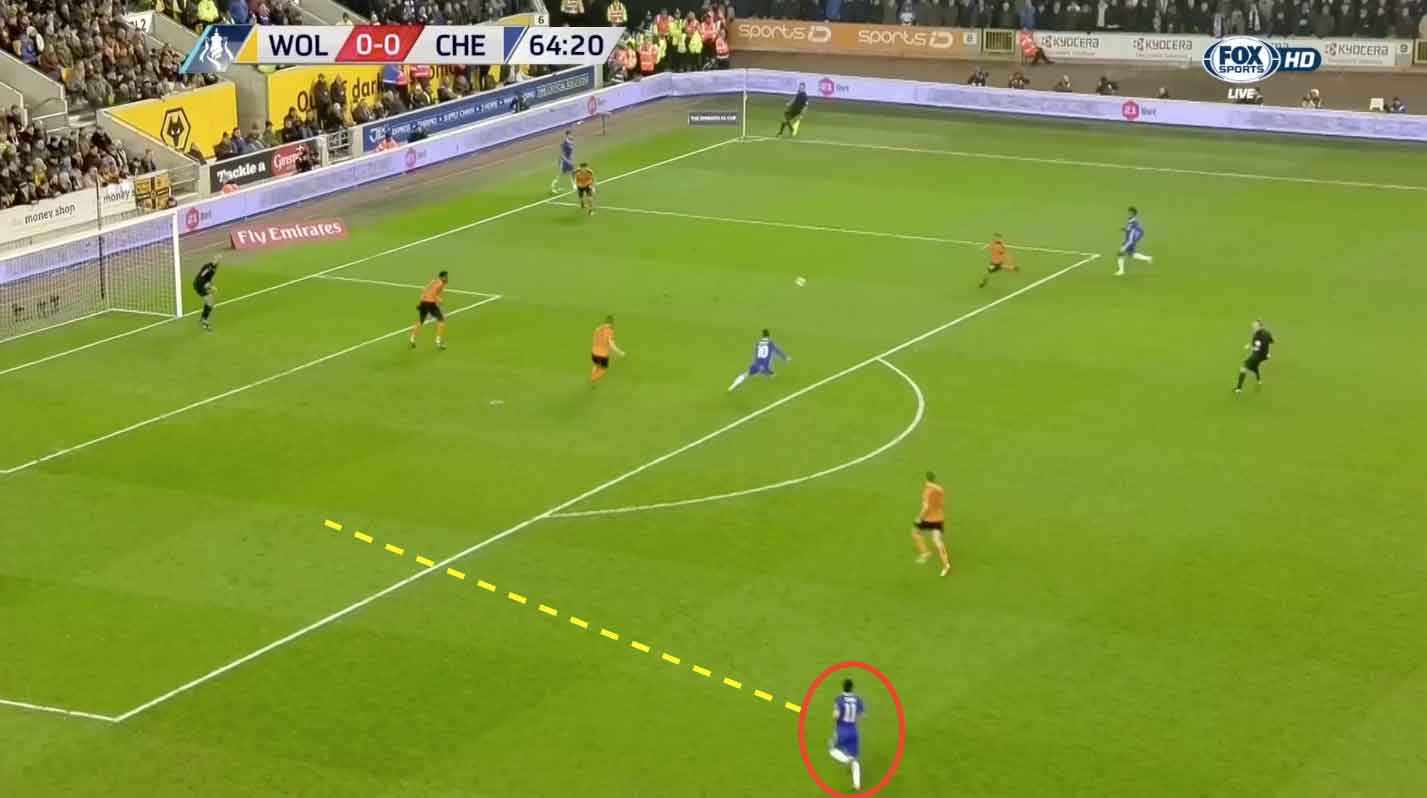 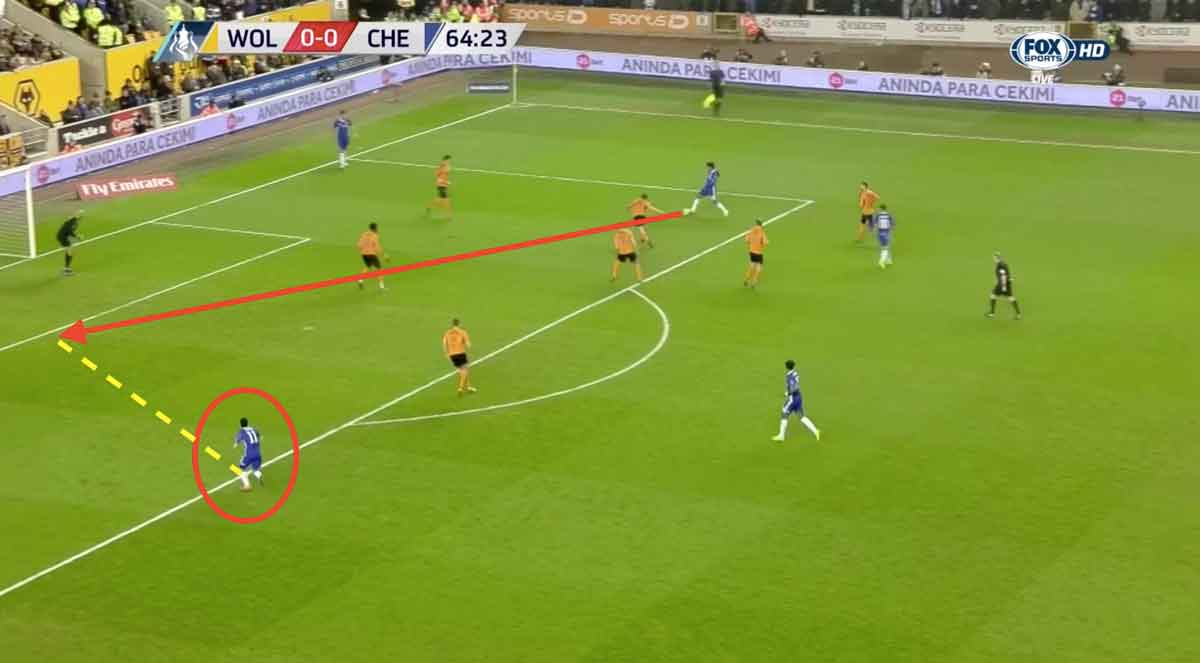 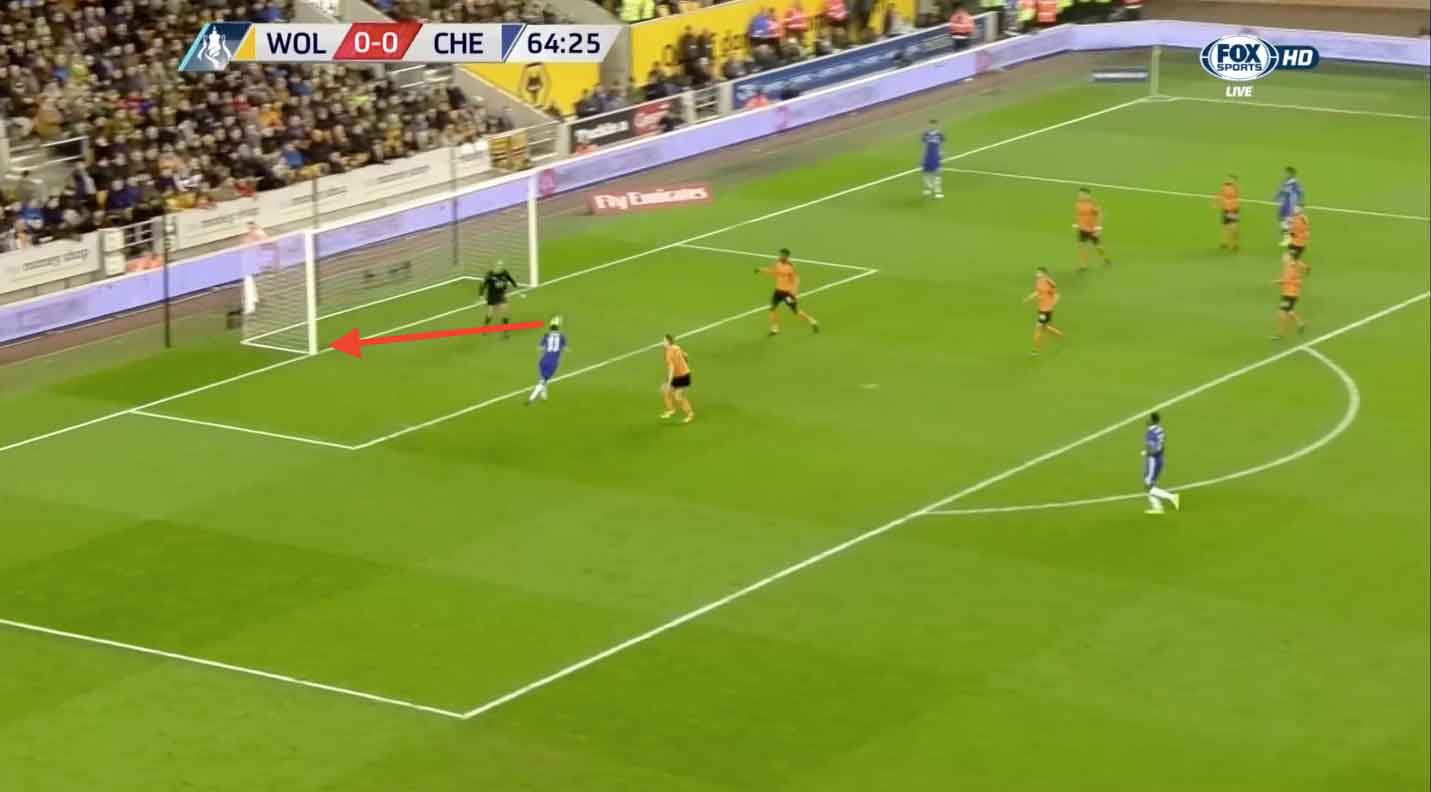 He just simply didn’t have the understanding or trust in his team-mates that he does this season, and that is what has seen Pedro go from a disappointment to one of the best players at Chelsea right now.

Now read why Cesc Fàbregas deserves more than a bit-part role a Chelsea.