Nowadays, football is more about dominance than ever. Spain has had a monopoly on the sport for the past decade or so, in every sense. A specific style of play, countless trophies both on the club and international scene, and a conveyor belt of talent in La Liga suggest their reign won’t end anytime soon.

Perhaps the most remarkable thing about this era is just how durable it is. The last three Champions Leagues have been won by Real Madrid and Barcelona — Los Blancos won their tenth and eleventh titles by beating city rivals Atletico Madrid. Sevilla have set a record with three consecutive Europa League titles. La Roja, the Spanish national team, are rebuilding slightly after three tournament victories between 2008 and 2012. Critics jump on any sign of weakness, assuming or hoping it would come to an end. As of yet, it hasn’t.

Individually, too, there are constants when it comes to awards. Lionel Messi and Cristiano Ronaldo have won the Ballon d’Or every year since 2008, and have become the main reasons for Barça and Real running the rule over the continent. But with Ronaldo turning 32 this month and Messi reaching his 30th birthday in five months time, the future of the ‘world’s best player’ tag is certainly up for debate.

During the last nine years, some legendary talent has gone unrecognised. It has become a cliché to say, but so many players, most of whom are teammates with either Messi or Ronaldo, must be cursing their luck to have reached their peak at the same time as two specimens of the exceptional.

Once their rivalry, which it must be said has given the sport so much, does begin to truly decline, the awards may be up for grabs again. Once Messi and Ronaldo do leave the throne, a number of players have been tipped to step up to the elite. Juventus’s Paulo Dybala is one of them. 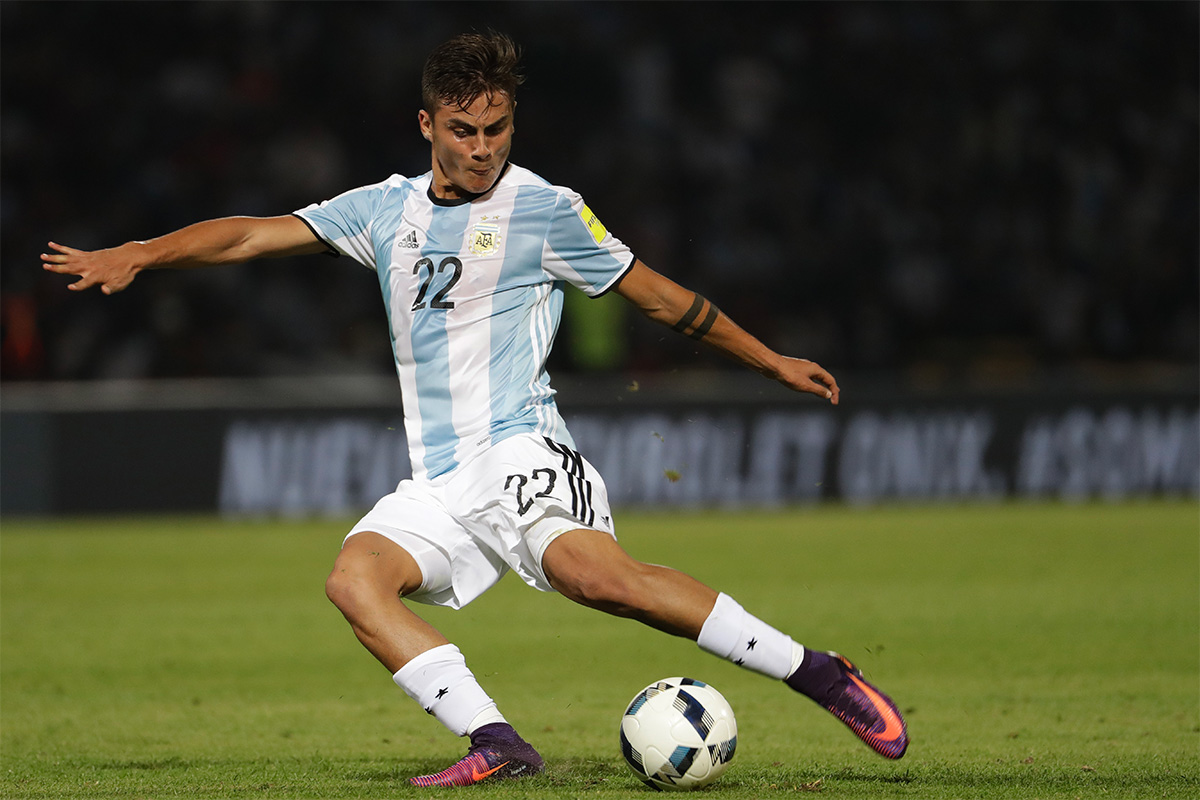 Dybala is only 23 years of age, but since signing for the Old Lady from Palermo in the summer of 2015, he has grown into one of the best players in Italy. As an Argentine, Dybala combines immense skill, technique and finishing ability with dogged determination and an attitude which exudes self confidence in abundance. Both Barcelona and Real Madrid are reportedly keen to sign him, and such is their standing in the game, when either come calling, they get what they want.

The Old Lady unable to replicate domestic success in Europe

Juventus are the finest and most successful club in Italy. With 32 Serie A titles, including five consecutive Scudetto's since 2012, they are the kings of calcio. Italian football, though, does not command the respect it once did and the Bianconeri need to make waves in Europe, much like their Spanish rivals have.

READ MORE: HOW TO BEAT JUVENTUS, ON AND OFF THE PITCH

European Cup wins in the 1980s and 1990s cemented them as a world superpower at the time. Michel Platini and Zinedine Zidane were the linchpins of those teams and, crucially, were probably the best players in the world. Since the turn of the century, two final defeats suggest they are becoming the ‘nearly men’.

Losing to Barcelona in 2015 was cruel, but unsurprising. The Blaugrana were much further on in their development as a team, but at least Juve were making progress. 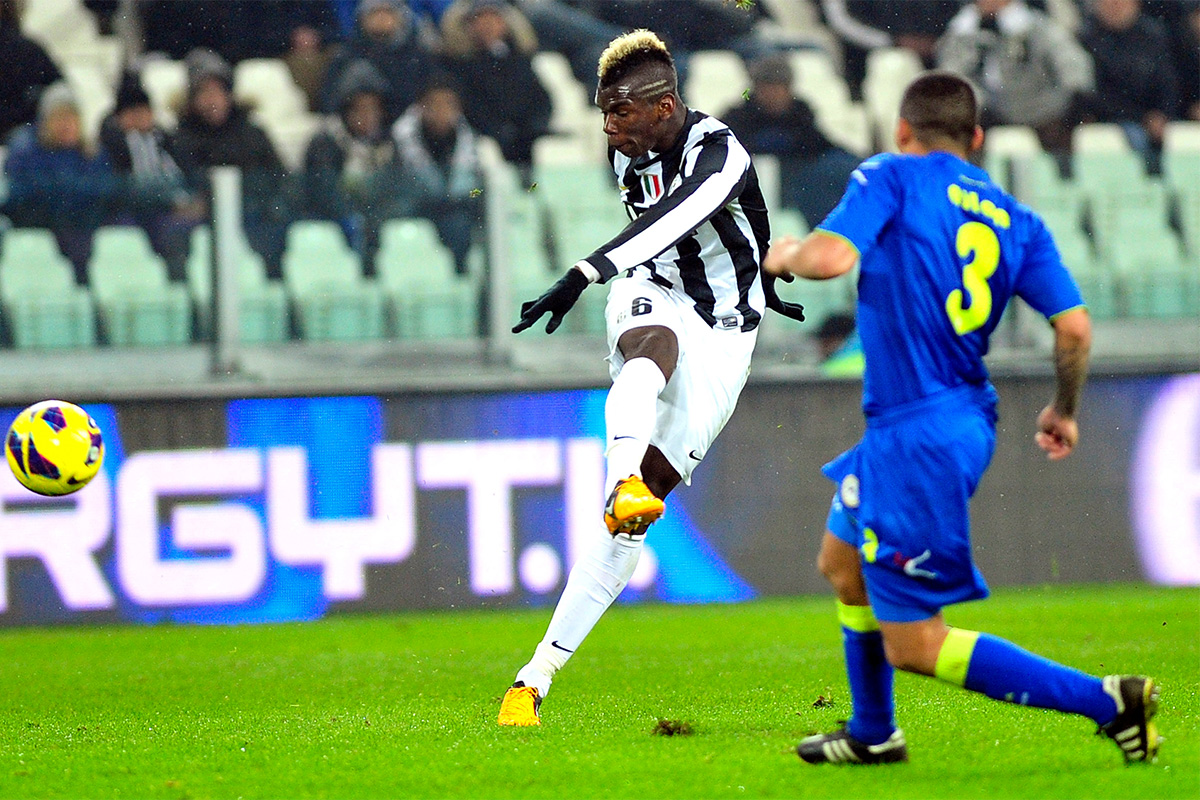 There was true potential in that team, with arguably the world’s best midfield in place. Andrea Pirlo, albeit a 35-year-old at the time, could control the tempo of any game and turn on a sixpence, but he left for the MLS and New York City FC. Arturo Vidal, one of the most athletic and energetic players in Europe, signed for Bayern Munich. Suddenly, when Dybala signed, Juve were in transition.

A year later, the jewel in their crown, Paul Pogba, re-joined Manchester United, whom he moved to Turin for £1.5million in 2012. Perhaps four of five different clubs can keep hold of their stars with ease, but because Italian football is not as fashionable as it once was, Juventus have not been one of them.

Is Paulo Dybala's future in Spain?

If and when either of La Liga’s finest, or anyone else for that matter, come calling for Dybala, Juve will have a battle on their hands to keep him, but there are rumours he will shun any approach to sign a new contract. From the club’s point of view, it is imperative he stays. If he does, the foundations to take the club up a level, to a place where they can challenge in the Champions League, will be in place.

Dybala is a player who is not yet at his peak, meaning he could theoretically fail to deal with this sort of pressure and subsequently falter. Should he succeed, winning the Ballon d’Or, just as Platini and Zidane did during their time in the black and white of Juventus, will not only be realistic, but a genuine possibility.

Juventus are in full control of Serie A with a four point lead and a game in hand, and another Scudetto title looks likely, but they cannot seem to transform that dominance onto the European stage, which is their obvious ambition.

Barcelona and Real Madrid, soon to be looking for new talismen, stand in their way. Paulo Dybala looks a future world-beater and, if Juventus are to stand any chance of breaking the Spanish monopoly on Europe, he must remain with the club for the best years of his career.