Tipped as a future Ballon d’Or winner and the man to eventually take the mantle from Lionel Messi and Cristiano Ronaldo as the best player in the world, Paulo Dybala is widely regarded as one of the brightest talents in football.

One for the future, unquestionably, but, with match-winning performances and stunning goals an almost weekly occurrence for the 23-year-old Argentinian forward, Dybala is very much Juventus' the man for the here and now.

The Bianconeri are hoping that their superstar No.21 can inspire them to lift the most coveted trophy in Europe this season.

There was a distinct adjustment period at the start of the current campaign, when manager Massimiliano Allegri was searching for the best way to fit both Dybala and €90million summer signing Gonzalo Higuain into his side, without diminishing the impact either man could have.

On paper, they seemed the perfect partnership: Higuain thrives on playing on the shoulder of the opposition's deepest defender, looking to time runs into the penalty area and sniff out scoring opportunities; while Dybala prefers to drift from the front line and pick up pockets of space in which he can weave his creative patterns, linking with the midfield and conjuring chances with his exquisite touch and technique. 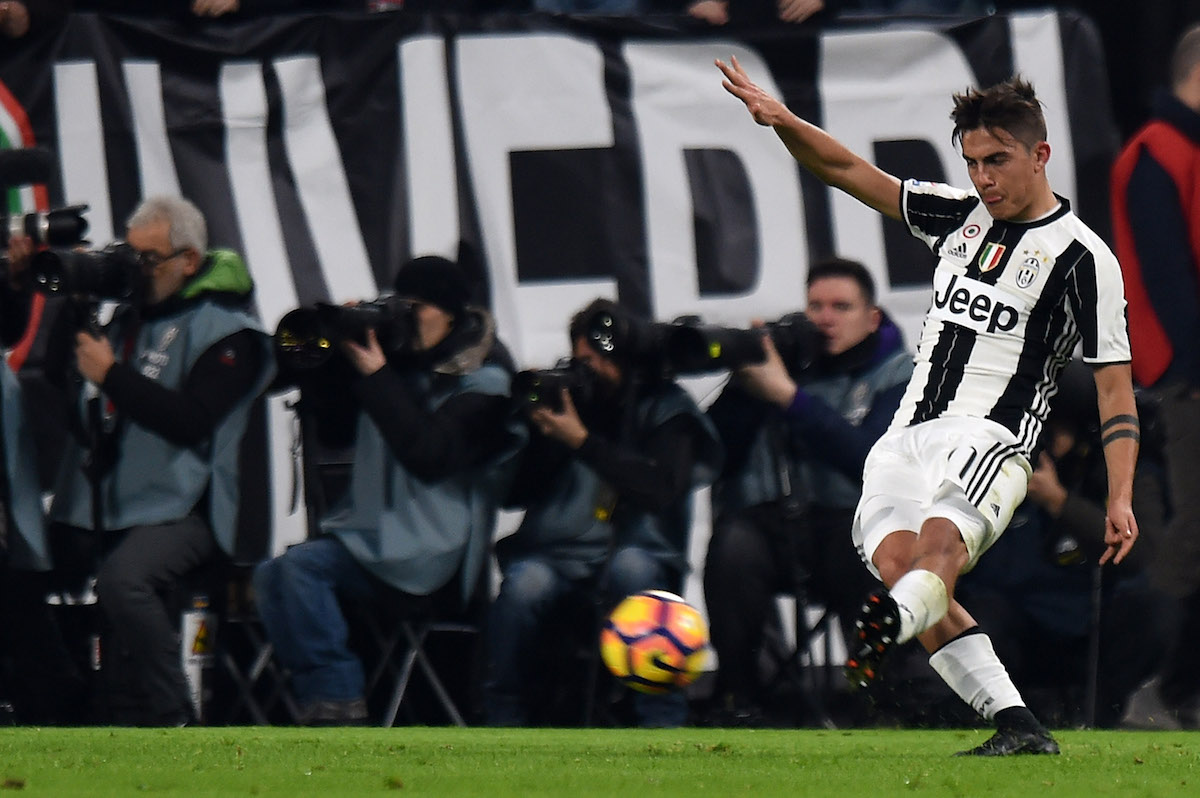 However, the younger of the two Argentinian forwards began to struggle to effect games as consistently as he had during his debut campaign in Turin. Dybala ended a six-game barren patch by bagging four goals in three games between the end of September and mid-October, but an understanding with Higuain hadn’t yet truly formulated.

The missing factor appeared to be the selfless work-rate and aerial prowess of Croatian target man Mario Mandzukic. The former Bayern Munich and Atletico Madrid player’s willingness to press the opposition in high areas and stretch defences by offering an outlet for a long ball out from the back – a Leonardo Bonucci speciality – opened up space for Dybala last term.

To remedy the issue, Allegri has decided to play a 4-2-3-1 formation in recent weeks, with Higuain leading the line, Dybala in the No.10 position and Mandzukic starting from the left, effectively allowing the three strikers to interact in a triangle, with the Croatian the only one burdened by an increased defensive workload. 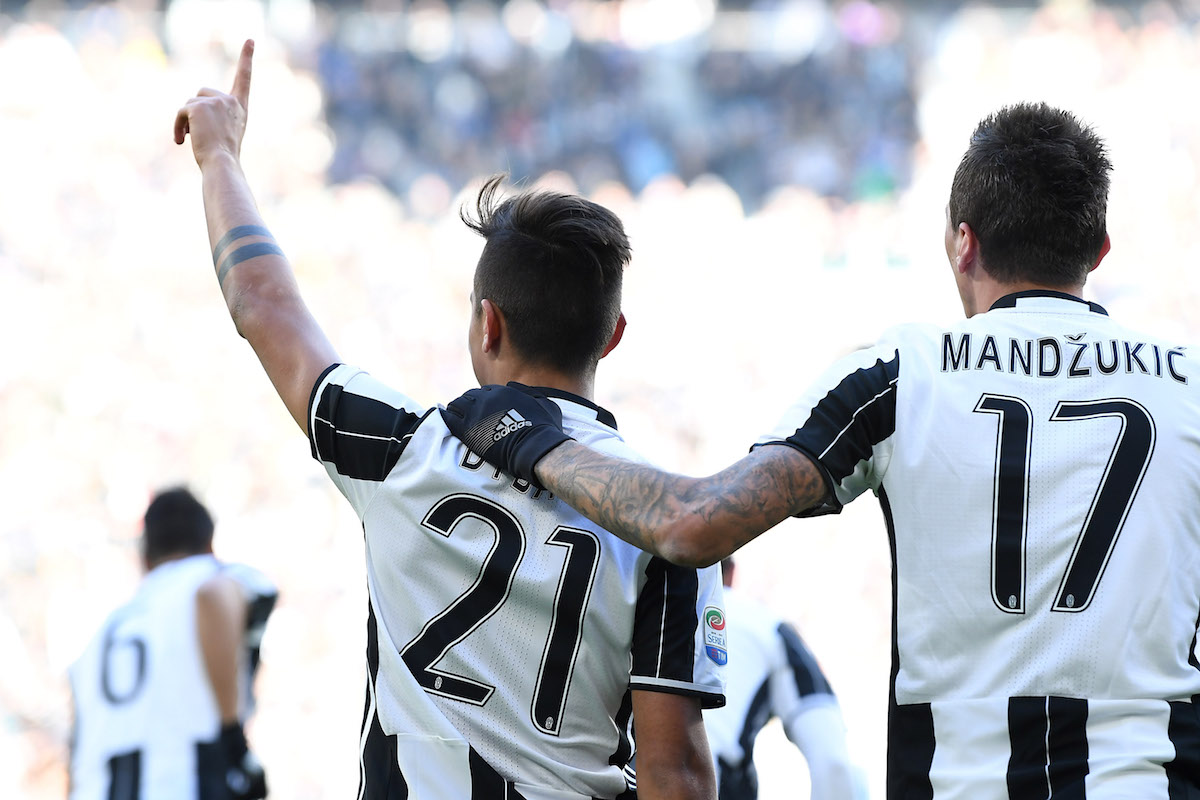 In the last two games alone, against Cagliari and Palermo in Serie A, Dybala and Higuain linked up for three goals, with the 23-year-old setting up the Bianconeri’s record signing twice in the first match, and the ex-Real Madrid man returning the favour with an assist for his younger compatriot in the latter encounter.

Prior to this, they had worked together to directly contribute to just one goal all season.

Now that a balance has been struck, Dybala’s immense talents can be accentuated without any worries over whether the freedom he is afforded will be to the detriment of the expensively-purchased Higuain.

Having carved out a niche as a kind of nine-and-a-half last season – getting into the area often enough to bag 23 goals, but also exercising his playmaking instincts with nine assists – he is now a more conventional trequartista.

With his dribbling, close control and eye for a pass, Dybala is the ideal candidate to play between the lines. His movement makes him tricky for any opponent to mark, while the conundrum of whether to get close and risk being dribbled past, or back off and risk affording him too much space, will puzzle even the most elite defenders.

Having won five consecutive Scudetti, the primary objective for Juve this year is to secure an elusive third European Cup.

Since reaching the Champions League final two years ago, the Turin giants have experienced a significant turnover of players, with only four of the starting XI from the 3-1 defeat to Barcelona in the Berlin final still at the club.

It’s not as if the players who have left were easily replaceable either. Carlos Tevez, Alvaro Morato, Andrea Pirlo, Arturo Vidal and Paul Pogba all lined up in black and white that night; it’s remarkable that Allegri was able to rebuild his side without missing out on the title in the interim.

What they have gained since their loss to Luis Enrique’s Blaugrana, however, is arguably the most sought-after talent in football. Dybala is reportedly on the wanted list of both Barcelona and Real Madrid, with talk of potential bids which could exceed the world record £89million fee Juve received from Manchester United for Pogba last summer. 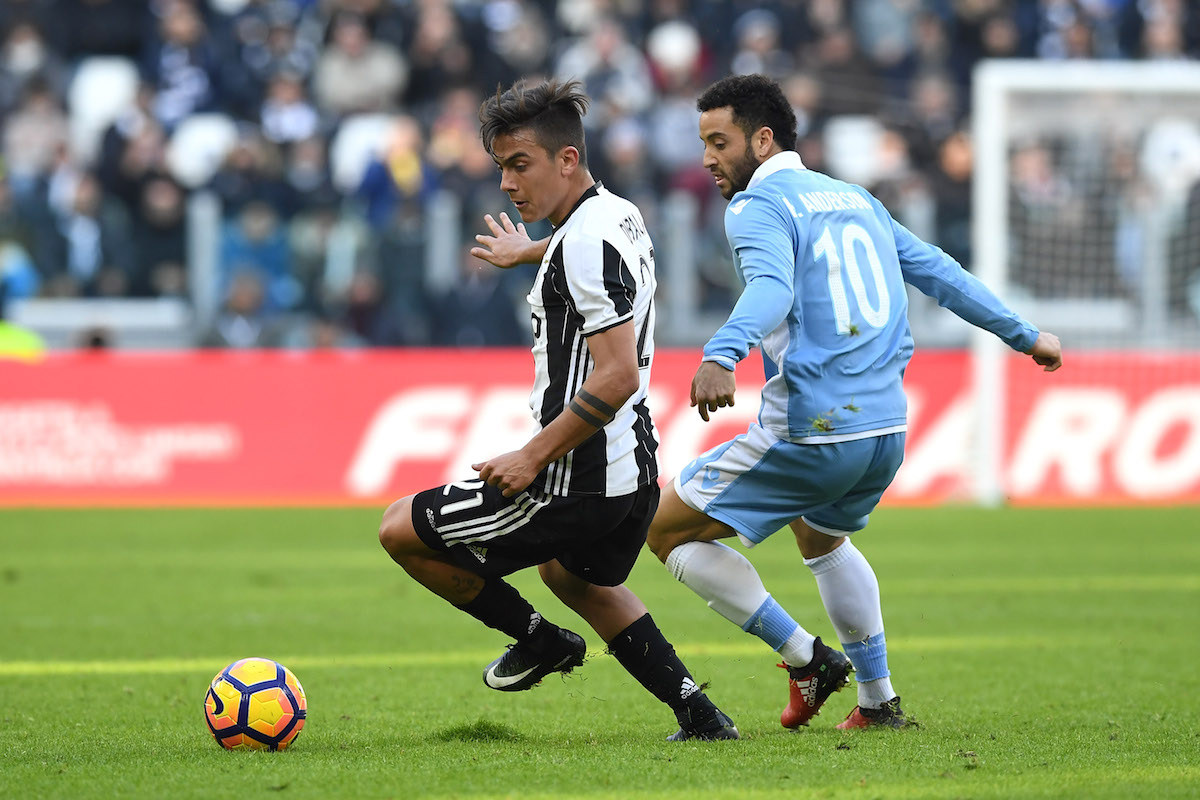 Club chief executive Giuseppe Marotta has no interest in selling, though, and has made clear his intention to tie the former Palermo forward down to a new long-term contract.

“We're talking with his people, I don't think there will be any problems. The announcement will probably be made in a few weeks,” Marotta told Sky Sport Italia in late January.

“Paulo is happy here and we're glad to have him with us, that's why there's every opportunity to move forward together.”

There’s no doubt that Dybala is destined for a bright future, and, who knows, maybe someday he will leave the Old Lady to become the world’s most expensive footballer, but Juve have much more immediate plans for their dynamic superstar.

With Barcelona unlikely to overturn a 4-0 deficit against Paris Saint-Germain, and Bayern Munich still finding their feet under Carlo Ancelotti, Juventus will smell blood in the water; the Champions League might just be there for the taking, and a confident and in-form Dybala will be crucial to their chances.