Speaking exclusively to Football Whispers, former Liverpool, Tottenham and Portsmouth forward Paul Walsh looks ahead to the EFL Cup semi-final between Southampton and Liverpool and explains why this trophy could be key for Jurgen Klopp as he tries to land his first piece of silverware at Anfield. He also remembers the last time these two sides faced each other in the semi-final of this competition, a game in which he played and saw red.

The EFL Cup has been something of a maligned trophy for a number of years, but, I really think going all the way in this tournament is a great way for a new manager to instil a winning mentality to a side. Just look what it did for Jose Mourinho at Chelsea when he joined the club, he won the trophy in his first season at Stamford Bridge and the Blues never looked back and I think it could be the same for Jurgen Klopp at Liverpool. 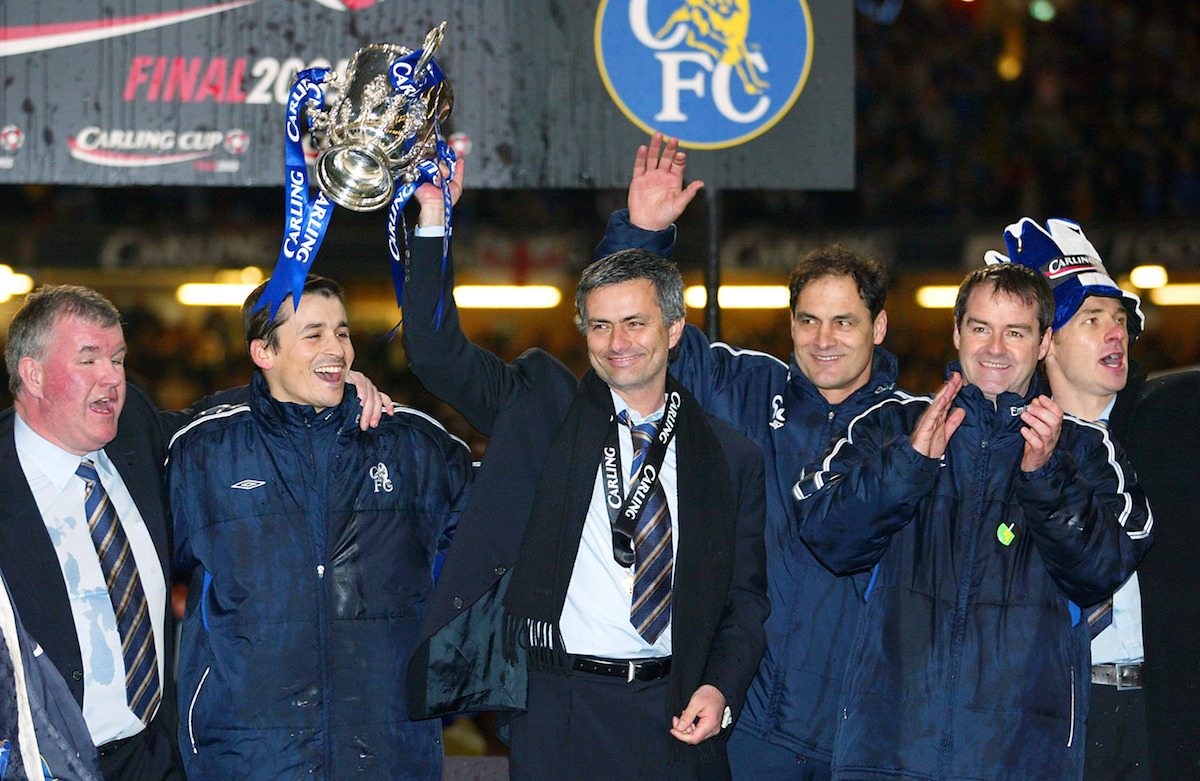 I really do see this as a competition Liverpool should be looking to win, particularly seeing as they’re not in Europe this season. Obviously when you’re battling it out on all fronts and have midweek European commitments the squad can become a bit thinly spread, but Klopp hasn’t got that problem so it’s a trophy I think they should really make a push for.

Let’s be honest, it’s always nice to win a trophy, any trophy, as it gives the team a boost as well as being a great day out for the fans. It also provides a squad of players, who might not have enjoyed much success previously, the taste for lifting silverware and believe me that’s something you always want to experience more of as a player.  So I fully expect Liverpool to throw everything at this semi-final against Southampton and go all-out to secure their place at Wembley at the end of February.

Don’t get me wrong, Southampton are a very useful looking side and have got some really exciting looking players coming through the ranks. They won’t be a pushover and will see no reason why it shouldn't be them, and not Liverpool who go through to meet either Manchester United or Hull City.  I particularly like the look of Josh Sims and think he could become an exciting prospect for the future; but have they got enough to stop Liverpool over two legs? I’m not so sure. 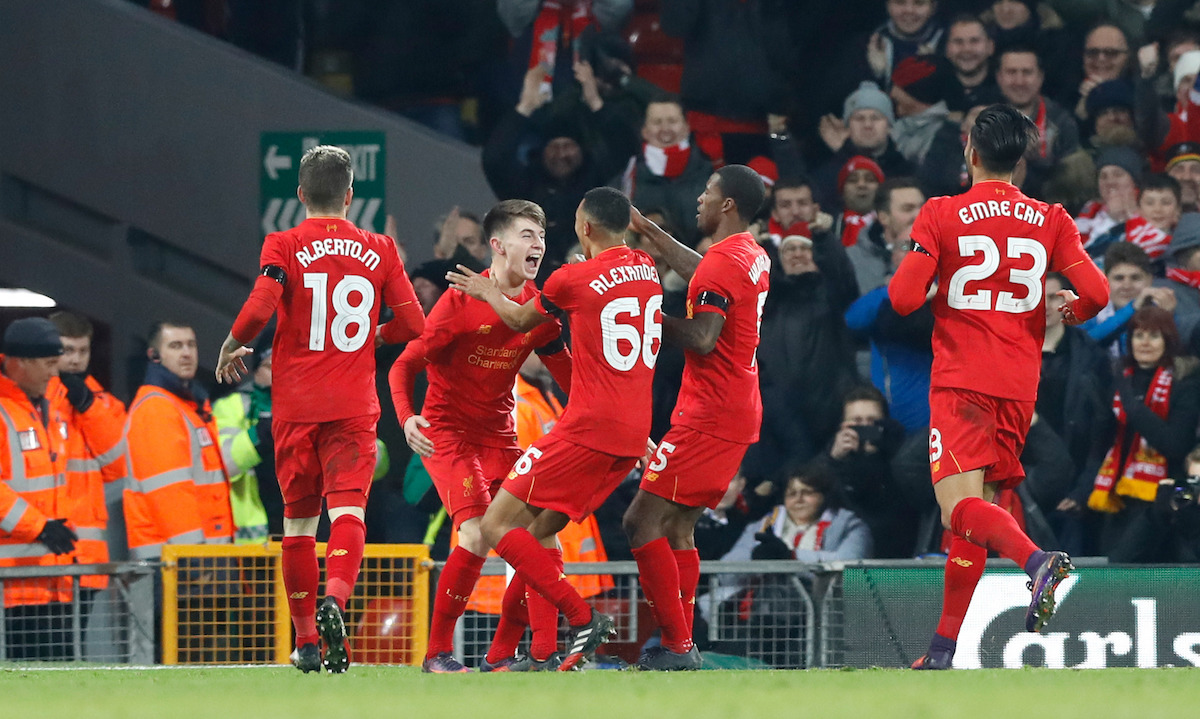 And it’s not just the Southampton academy producing the goods either, the youngsters coming through the ranks at Anfield have looked pretty impressive too this season, particularly in this competition, with the likes of Ben Woodburn and 18-year-old Trent Alexander-Arnold, who have been given their chance in this and grabbed it with both hands. Because of this, I fully expect to see Jurgen Klopp keep his faith in the young players who have got them to the semi-final and resist the temptation to play the bigger guns who might just have more chance of getting them to Wembley.

The players that have got Liverpool to this stage of the competition are predominantly the younger players and I’ve got a feeling Liverpool will keep faith in those lads as a reward for all their fine efforts. The secret might be to keep a few bigger guns on the bench, or maybe just squeeze one of those more inexperienced players out and replace him with someone who has been there and done it on the big stage, someone who can add that bit of experience and knowhow to a relatively fledgling side.

It’s all very well putting your faith in youth but you also need a bit of experience there just to help them along and give them a helping hand. When Alex Ferguson brought in what we now refer to as “The Class of ‘92” he still had the likes of Brian McClair in the side for League Cup games too. It’s all about finding that perfect balance and can be a bit of a juggling act, but that’s what the top managers are paid to do well. 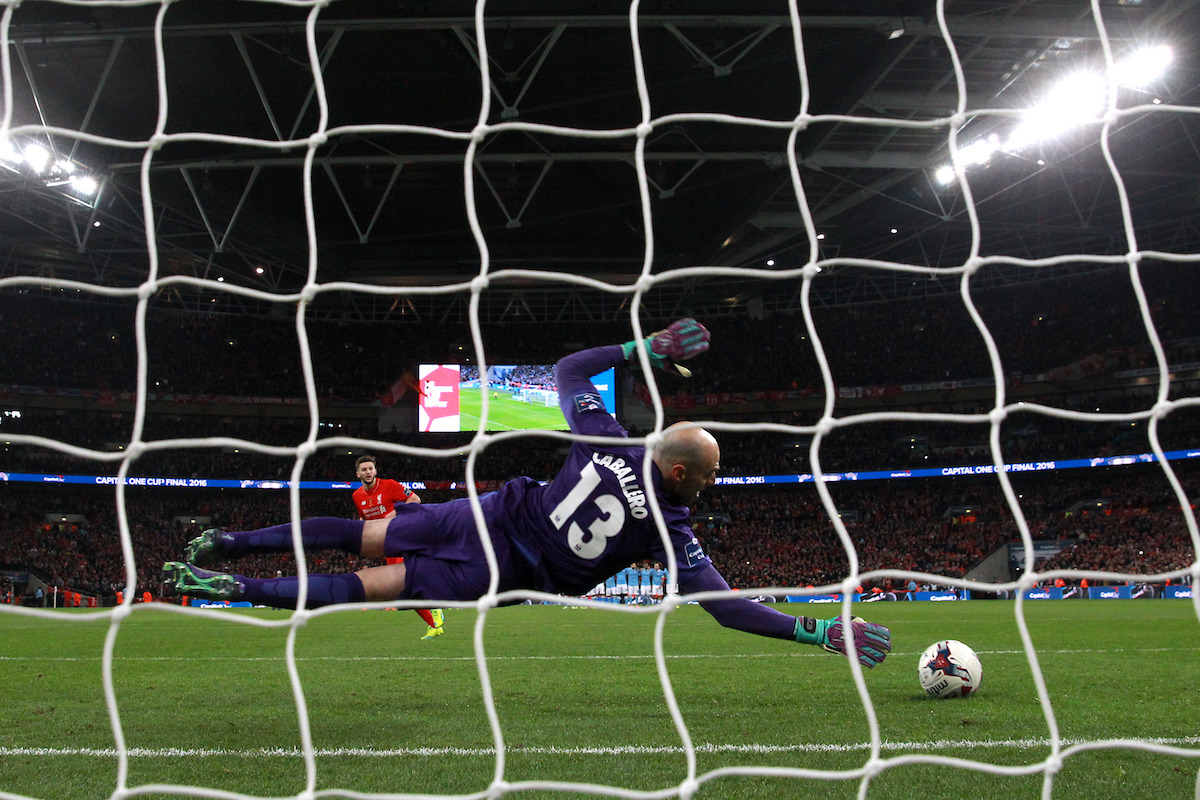 Of course, this fixture brings back plenty of memories as I played the last time Liverpool faced Southampton in the semi-final of the League Cup, or the Littlewoods Cup as it was known back then. That Liverpool side were very much the dominant side at the time, having won the double the previous season and were now battling it out with neighbours Everton who were determined to wrench our First Division crown from our grasp; but we still gave our all in the competition, despite competing on a number of fronts.

We didn’t have the distraction of European football back then either, rather like Liverpool this year, due to the ban on English clubs competing on the continent, so there was even more of an emphasis on claiming silverware whichever way we could, while the Reds already had something of a love affair with this competition having won it four times in a row earlier in that decade.

Rather like this season, while Liverpool were battling it out at the top of the table, Southampton were very much a mid-table side and the cup was their only realistic chance of silverware; meaning there was plenty at stake when the two sides were pitted against each other. As the first leg of the semi-final was played at Southampton we were keen to get an advantage to take back to Anfield but they were just as up for it and it all came to a head thanks to an incident I was very much at the forefront of.

Southampton defender Kevin Bond had been given the job of marking me and had been getting on my case for most of the first half, taking any opportunity he could to wind me up by kicking me, raking his studs down the back of my leg, all the usual stuff. But it was early in the second half things turned ugly and after a bit of argy-bargy he spat at me as I turned to have it out with him.

I’d had enough by this point and turned to look where the referee was. Seeing he was on the halfway line and choosing my moment carefully I smashed Bond in the face and he hit the deck. It wasn’t my greatest moment and what I didn’t realise was that was the side the linesman was on and he’d seen everything from his vantage point about three yards away. He immediately called the referee over who rightly sent me straight off.

I remember sitting in the dressing room waiting for my fate as manager Kenny Dalglish and the team came in after the final whistle. “You know you were out of order there don’t you?” he said. “Yes boss, I know,” I agreed. “But if there’s one person I don’t mind you smacking,” said Kenny, “then it’s him!”

We did get something from that game despite my misdemeanour and came away from Southampton with a hard-fought 0-0 draw which meant we had the initiative going back to Anfield for the return leg. In front of our home crowd we were able to put the tie to bed and run-out comfortable 3-0 winners which booked yet another trip to Wembley. 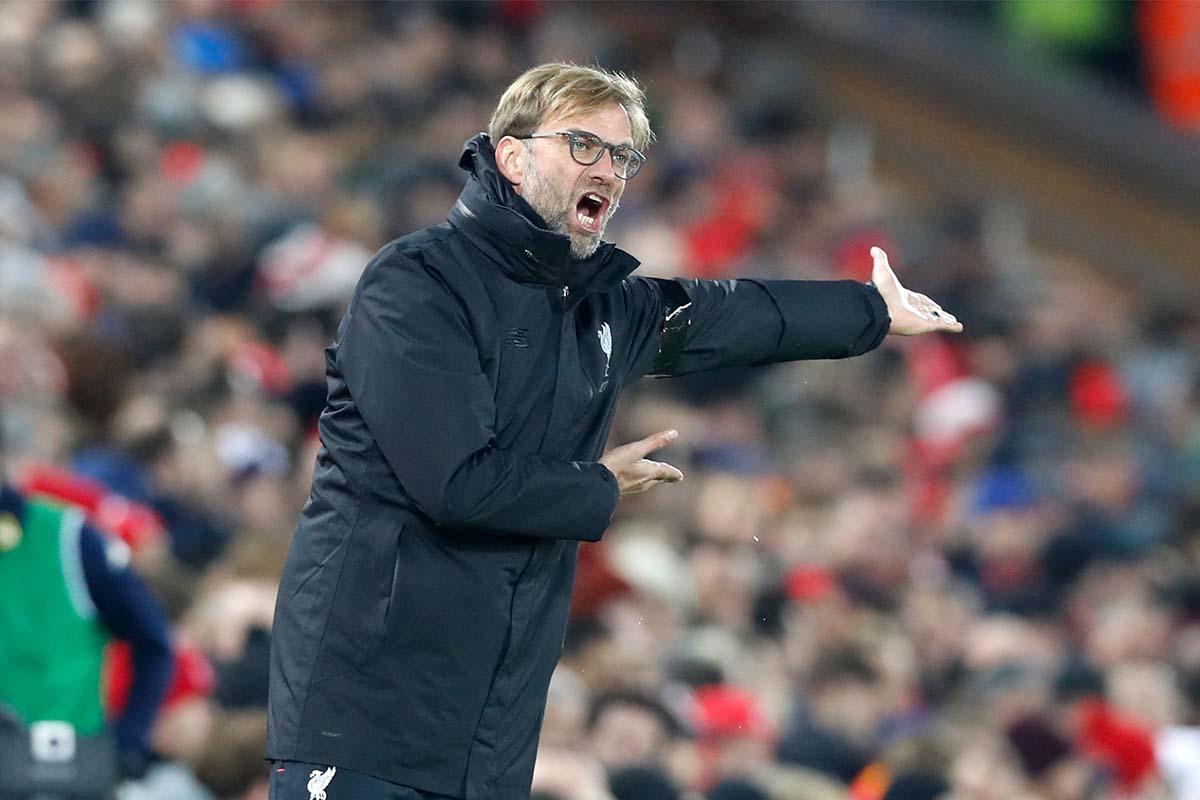 What Liverpool and their manager would give for something similar all these years on? But getting to a final is one thing, if Liverpool are to remain serious contenders under the flamboyant leadership of Jurgen Klopp they need to lift some silverware and do it soon in my opinion.

FW TV: What James Rodriguez Would Bring to Chelsea

Paul Walsh: Liverpool’s Goalkeeper Could Cost Them The Title

Paul Walsh: Confidence Is Key for Sunderland, Not Sacking Manager