In his debut column for Football Whispers, former Liverpool, Spurs and Manchester City forward Paul Walsh delves into the fickle world of football management. As David Moyes’  Sunderland and Swansea with Bob Bradley are bottom of the Premier League, Walsh gives his first-hand insight into the thought process behind appointing a new manager at a club.

From my experience, any change in manager can have a mixed effect, it can work for you or against you. It really depends on the person, the player and the relationship they have with each other.

I was brought by Joe Fagan at Liverpool to replace Kenny Dalglish, then after Heysel the Scot was made Player/Manager. As you can imagine, we didn’t get on. I endured three years of arguing before I went to Tottenham.

As soon as he was put in charge there was a rumour in the paper that I was going to Aston Villa. I phoned him up straight away and mentioned the story. I asked, “What’s all this about me going to Villa?” Kenny response was typical, “Why, do you want to go?” I said no, to which he sneered, “well don’t worry about it then!”

Two months later, we’re playing away at Oxford and we’re losing 1-0. Ronnie Whelan comes off with a gashed forehead and I’ve come on with 20 minutes to go before half-time. In those days, even now, it was unthinkable that Liverpool would be losing to Oxford. We come in at the break and the first thing Kenny does is point at me, “See you! You’re not even f**king trying.”

Not for one second was I going to take that, “Go f**k yourself you Scottish c**t, don’t ever tell me I’m not f**king trying. We all have bad days, but don’t tell me I’m not trying.” Never short of a response, “There will only be one-person f**king off, and that’s you,” Kenny replied. 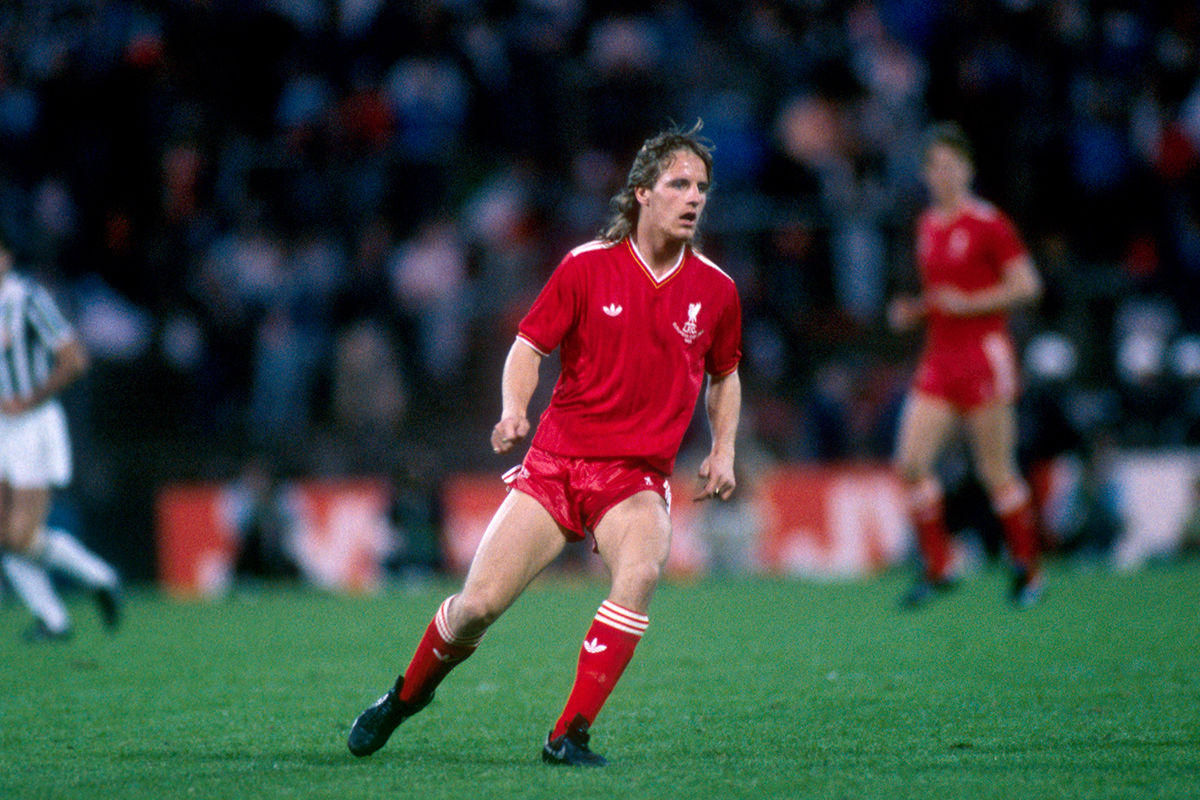 I thought that would be the beginning of the end for me at Liverpool, if he had let me go there and then I would have left, but it ended up being my best season. That was the double winning season and I scored 11 goals in 20 games. Unfortunately, I got injured with eight games to go and people only ever remember Kenny chesting the ball down and volleying the winner at Stamford Bridge to win the title.

When a new coach goes in at a club, it’s not necessarily about coaching or tactics, the main thing is keeping players happy. You have to instil information, but you have to do it slowly. Keep them happy, then do some work. Keep the morale up and then work more with tactics and game analysis. That’s what a good manager usually does, you have to keep the morale up while putting your thinking into place.

Every now and again you get someone who can shuffle things around, you get a result and that changes the whole mood of a club. Confidence is the most important thing. Once you get a few wins, the place feels better, you bounce into training, enjoying life at last. Suddenly the gloom lifts and it’s a better place to go work. You then win a couple more games, go on a run and everyone thinks you are a great manager.

I feel for Moyes. The win down at Bournemouth was huge, and they had to beat Hull City at home, however, the likelihood is, they are going to keep losing, the team just isn’t good enough. It’s unlikely they will be able to do enough by January. Players will still be willing to join the club, but you end up with someone that can do you a job in both the Premier League and the Championship, or you get a foreign player that wants to join just for the money. They’ll sign, but they are usually not bothered if you go down. They are still getting paid.

Everyone agrees that Moyes did a great job at Everton. No one begrudged him the job at Manchester United, and when you look at the record since he took over from Sir Alex, you can’t tell me he’s no longer a good manager. If you average out how much money the others spent with how many points they won, Moyes would be top of that league.

He brings in Victor Anichebe and Steven Pienaar – who was great at Everton a couple of years ago but has been injured for long spells – just so he has a couple of familiar faces. You have to believe he had something to do with the signing of Donald Love, because he was at Manchester United. There’s no risk in spending £1 million, it’s worth a punt.

When you look at how unfairly he was treated at Manchester United and now he’s drifted around, it looks like he can’t manage anymore, which is absolutely ridiculous. You arrive at Sunderland and outside of fair-minded people, it’s chaos, people throwing away season tickets because they are losing and the only person they can vent their anger at is Moyes. People have to learn that you can’t just change the manager and expect different results when the players are the exactly the same. 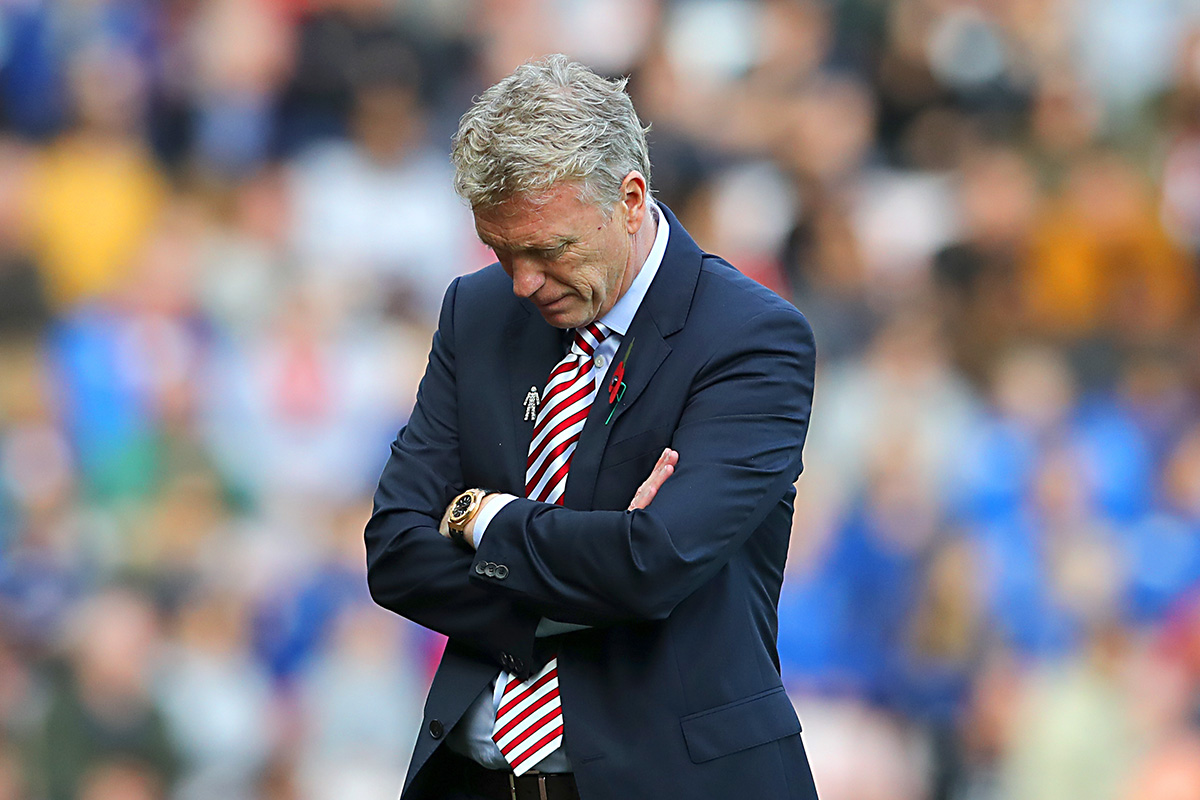 However, the way their season is going, it’ll be too late come January. They’ll be going down, the fans will all be screaming and the club will be looking for a new manager.

Unlike the lack of time that Moyes had this summer, what usually happens is the board acts in October or November, gets the new man in and gives him a few months to assess the squad and see what he needs going into the January window. Even though Sunderland have a good manager – given the right tools – I don’t think this is a situation that Moyes will be able to sort out.

There’s no way you can tell me he signed Papy Djilibodji or Didier N’Dong. What manager will always try and do is sign players they know and can trust. The move for N’Dong was perhaps already in the process of being done and as ridiculous as it is, a manager would always rather sign someone than no one.

Sunderland would have shown him the stats, laid out the reasons they want to sign him, when he asks what the alternative is, if the answer is ‘nothing’, he’ll give it the green light even if it wasn’t his choice. Any of the players he would have looked at, by the time he can make a move aren’t available or unachievable.

Their recent wins would have given the club some hope. You would not expect them to beat Liverpool, but they won games against the clubs around them. They face Leicester City and Swansea before Christmas and those games will be key.

Moyes has shown that with a little time and patience, there is a chance to improve the results. It will be tough for both the Black Cats and the Swans to both escape the drop this season, but with trust in the manager, and confidence in the squad – as Claudio Ranieri showed – anything is possible.