After a fairy-tale start to his professional career last season, with eight goals from 18 games earning him a place in England’s European Championships squad, it’s easy to see how Marcus Rashford may have grown frustrated with his lack of playing time this term.

Fans too are restless. They want to live vicariously through the Roy of the Rovers rise to stardom that their latest homegrown hero has been enjoying. They don’t want to see him on the bench, or forced out wide to accommodate a 35-year-old when he does start.

The Times reported earlier this week that the player is unhappy with his current standing within the United squad, feeling underutilised by manger Jose Mourinho, and is stalling over signing a new contract with the club.

But it is important to remember that Rashford is still only 19; patience must be exercised, from player, management and fans alike, if he is to fulfil his true potential.

Call it fate if you so wish, but Rashford’s development was accelerated ahead of schedule last term. The young striker was a relatively unknown academy prospect when an injury crisis necessitated his inclusion in the matchday squad to face FC Midtjylland in the Europa League on 25 February – still less than a year ago. 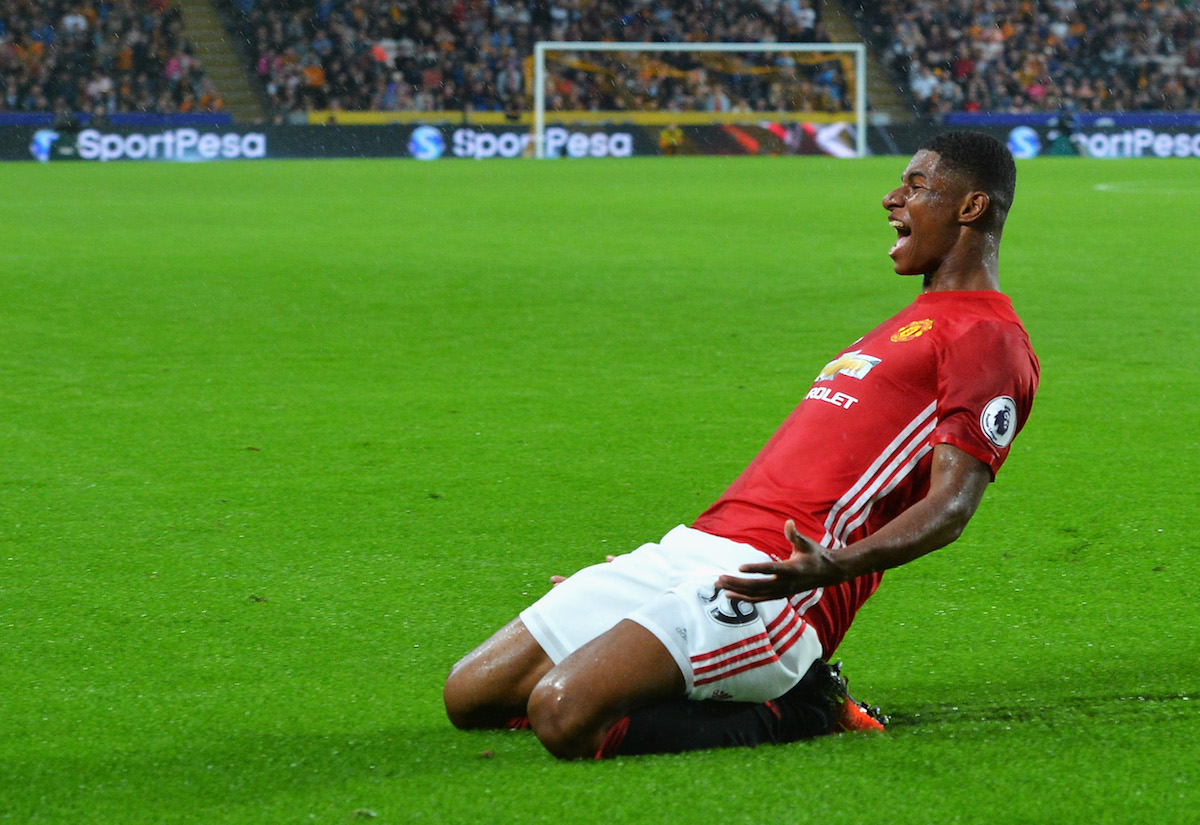 And were it not for the fact that Anthony Martial was injured in the warm up for that game, he may not have even seen action that night.

Had Will Keane, now with Hull City, not have picked up a season-ending injury in the FA Cup fifth round win away at Shrewsbury Town three days earlier, he would have been the one to take the Frenchman’s place in the line-up.

Instead, circumstances conspired to give the then-18-year-old his senior bow, with little time for the player to dwell on the occasion he was about to face.

Trailing 2-1 from the first leg and a goal behind on the night, Rashford bagged a brace on his way to helping united secure an emphatic 5-1 victory over the Danish side, ensuring their safe passage to the next round.

So impressive was the youngster’s unnerving display that he was thrust into Premier League action just three days later, leading the line and netting another double to see off Arsenal at Old Trafford.

A star had well and truly been born.

Rashford finished the campaign as United’s first-choice striker, pushing top-scorer Martial out onto the wing and facilitating Wayne Rooney's move to midfield. 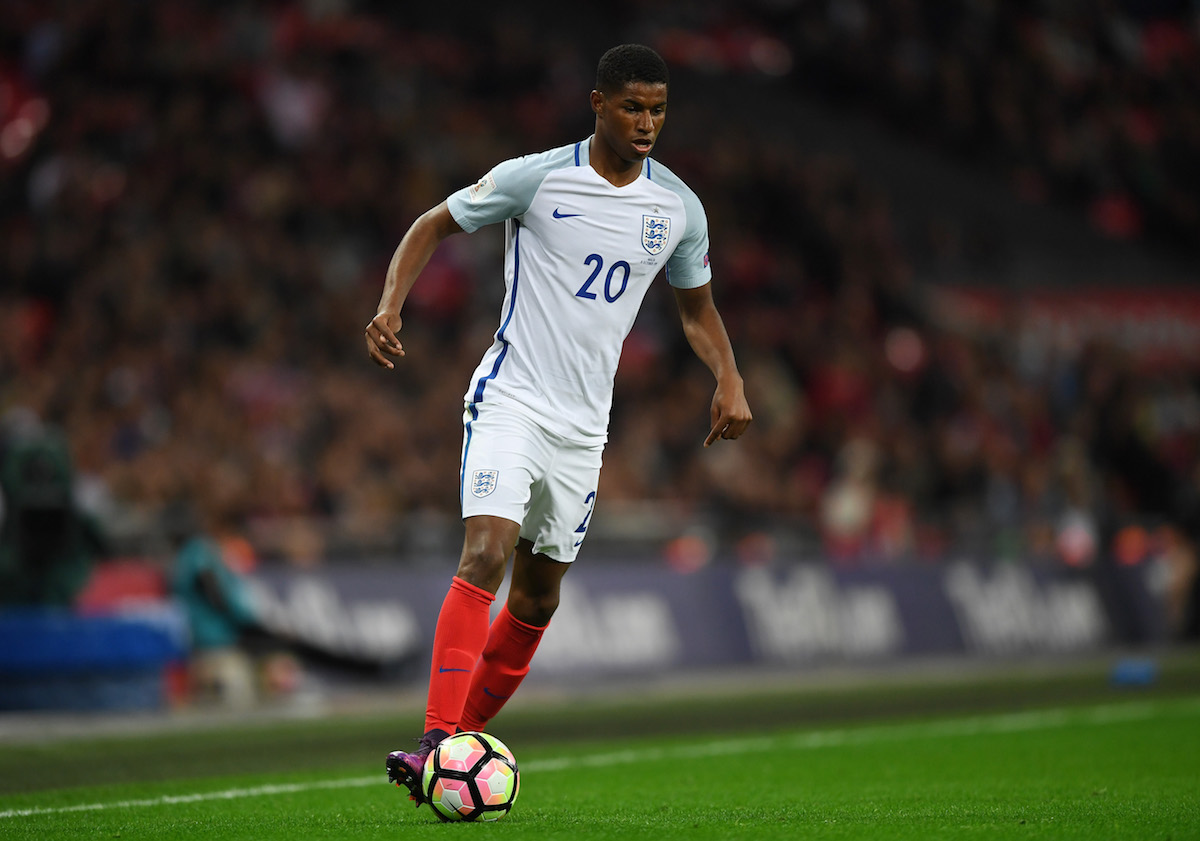 But when Mourinho was appointed to replace van Gaal in June, many fans feared that, with the Portuguese coach’s reputation for overlooking young players, Rashford’s prospects would be affected.

That fear was only exacerbated when United signed veteran striker Zlatan Ibrahimovic over the summer. Joining on a free transfer having scored 50 goals for French champions Paris Saint-Germain last season, the Old Trafford faithful were undoubtedly excited to see a player of the Swede’s calibre pull on the famous red shirt, but his inclusion, many felt, should not come at Rashford’s expense.

And, in truth, with Ibrahimovic having started all but one of United’s Premier League games this term, and completing a full 90 minutes on each occasion, the former Ajax and Barcelona star has monopolised the central striker’s position.

Perhaps Mourinho should give consideration to rotating the 35-yer-old out of the starting XI every once in a while, and allowing Rashford the opportunity to line up in the position he thrived in last season.

But with 10 starts and 20 total league appearances already in 2016-17, Rashford has not been starved of game time. The 1045 minutes of Premier League action he has under his belt this term already eclipses his total for the last campaign (862 minutes), while his four Europa League, one FA Cup and five EFL Cup appearances only further bolster that figure.

Ibrahimovic has found the net 15 times in the Premier League, accounting for 39 per cent of United’s goals in the top flight this season.

Had, as many were hoping would be the case, Rashford been entrusted to lead the line for the Red Devils this season, the goal-scoring burden he’d have been forced to carry would have been an unnecessary amount of pressure to place on a teenage footballer. 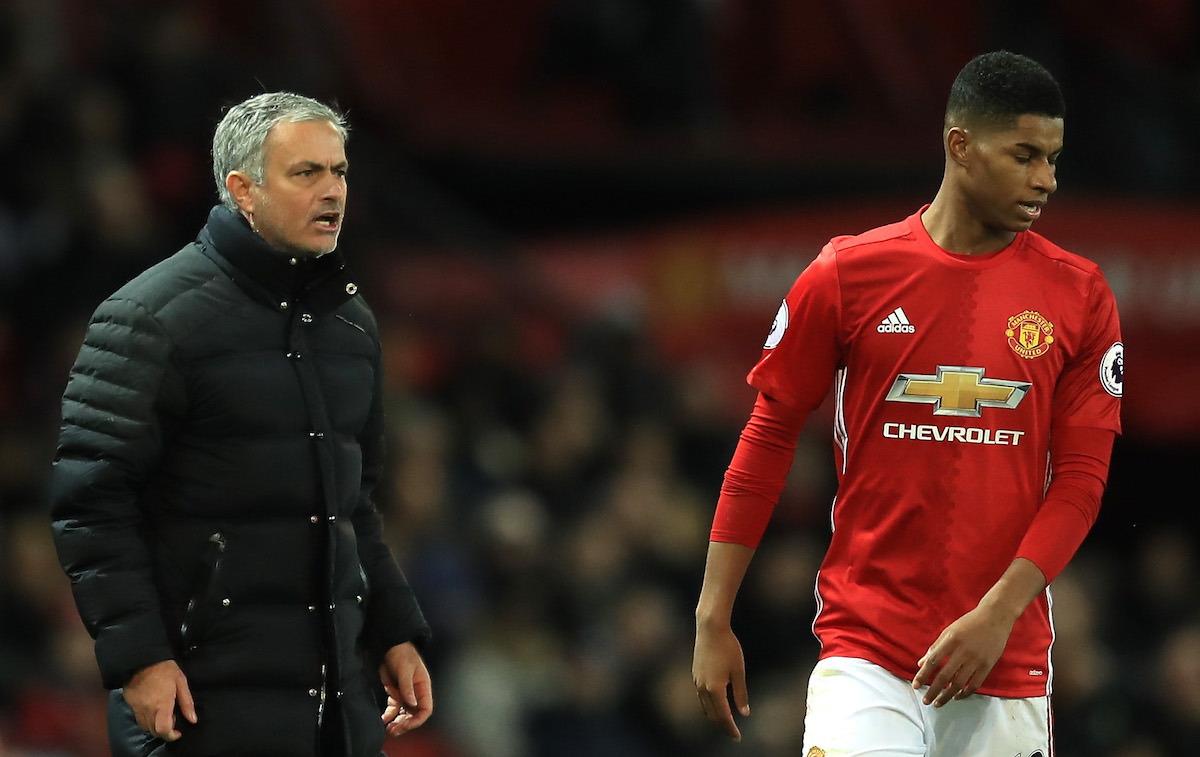 There is certainly a case to be made that Rashford should be given more opportunities to play up front if that is his desire, but his incredible performances when he first broke into the side have perhaps raised expectations of the youngster beyond a level that he can live up to at this stage.

At 19 and already an established member of the United and England squad, Rashford is ahead of schedule developmentally.

For now, it should be more than enough for him to be starting games on a semi-regular basis as he continues to mature both physically and emotionally.

Rashford’s time will come, and with the right kind of care and attention, it will come at Old Trafford.

But heaping more pressure on the youngster now could have harmful consequences further down the line. 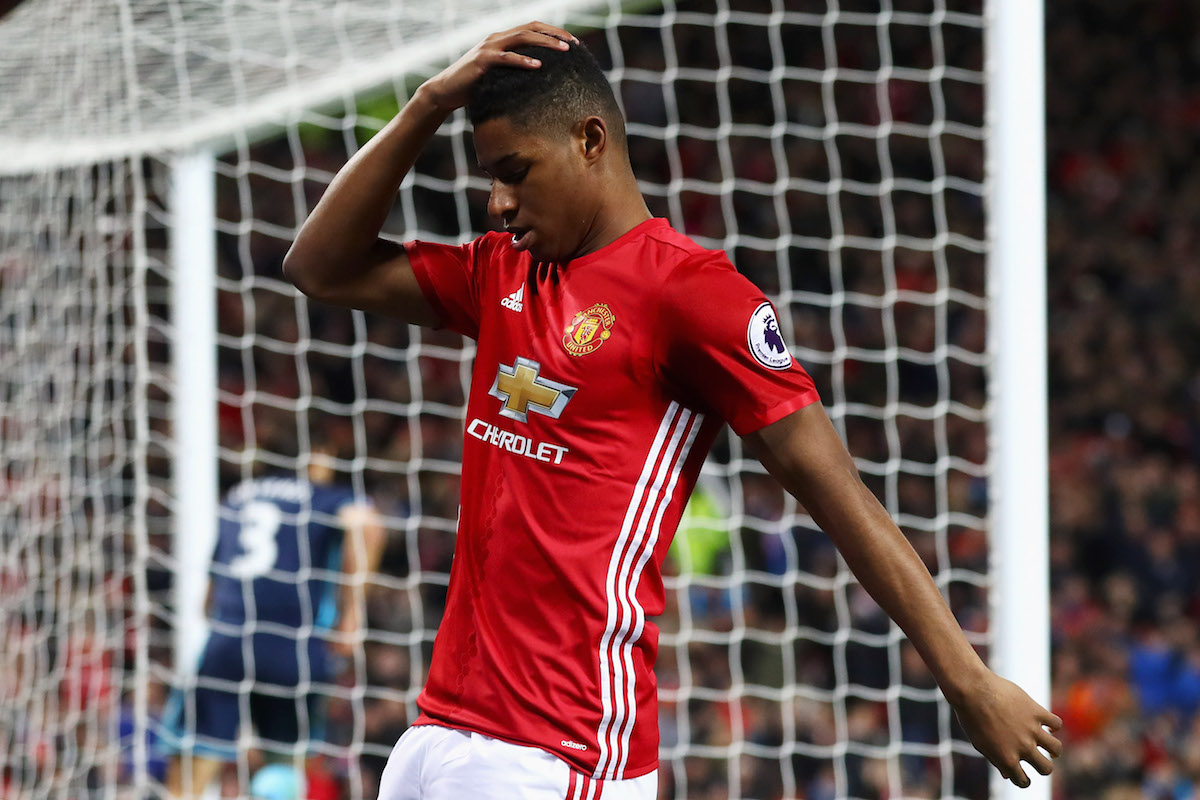 Many United and England fans have lamented Rooney’s rapid decline; at 31, he plays with the mobility of a 36-year-old, with any semblance of pace disappeared and an ever-eroding first-touch. It should come as a surprise to no one, however, that having played constant top-level football since he was 16, the Three Lions skipper’s career may have peaked sooner than most.

Rooney’s current predicament should act as a warning to anyone insisting that Rashford needs to be playing every game at this stage of his career.

It may seem like he is being wasted — either sidelined or crammed into an unsuitable position — but Rashford needs to be given time and space to develop, to make mistakes and learn from them. That’s already a difficult enough task when playing for a club the size of United.

And, having had a taste of what it’s like to score in front of the Stretford End and feel the adoration of over 70,000 fans, it’s understandable that Rashford might be getting itchy feet when assessing his current situation.

But he must remain calm, take stock of what he has already achieved, and focus on his development; there’s no better place for him to be.

Patience is key to Rashford's longevity at Manchester United.