Over recent years, there is no denying that – in terms of overall quality and perception – Serie A has fallen behind the likes of the Premier League, La Liga and the Bundesliga. It is a fall reflected in the flawed but indicative UEFA coefficients of those various competitions, but while England, Spain and Germany may have the edge from a sporting perspective, Italy still unquestionably leads the way in one specific area.

Drama. Football on the peninsula is filled with it, from the antics of eccentric Presidents like Silvio Berlusconi, Massimo Ferrero and Maurizio Zamparini, to the incredible theatre provided by the cross-city derbies in Rome and Milan. Yet there is one corner of the Bel Paese that delivers like no other, one which casual observers of Serie A might not have noticed but one which also provides arguably the nation’s most incredible match up of all.

Nestled in the northwest of the country, Genoa is known for many things. The port city is one of huge paradox; it is at once a major industrial hub and a Mediterranean seaside town, it is the birthplace of Christopher Columbus and Niccolò Paganini, it’s influence stretching out across the globe.

It is also home to two Serie A clubs. Genoa Cricket and Football Club is the oldest in the country, formed in 1893 by James Richardson Spensley, an English doctor. Their tally of nine league titles ranks behind only Juventus, Milan and Inter, but the last of those was won back in 1924, while their only Coppa Italia triumph came just thirteen years later. UC Sampdoria were founded in 1946 when two existing clubs – Andrea Doria and Sampierdarenese – merged, their lone Scudetto coming in the 1990/91 campaign.

That was a team starring Luca Vialli, Roberto Mancini and many other recognisable names, winning the Coppa Italia and Cup Winners' Cup while also reaching the 1992 European Cup Final where they lost to Barcelona. Along with Genoa, they play their home matches at the Stadio Luigi Ferraris Stadium, which truly comes alive twice a year when the Derby della Lanterna is held.

Indeed, the story of these two teams is not told in a list of their accomplishments and accolades, nor in a brief recap of their history, it is explained infinitely better by the pride and passion of almost 37,000 people crammed into a stadium that is over a century old. Sure, the place has been refurbished since then – most notably before the Italia ’90 World Cup – but it remains largely unchanged and is like no other stadium on the peninsula. 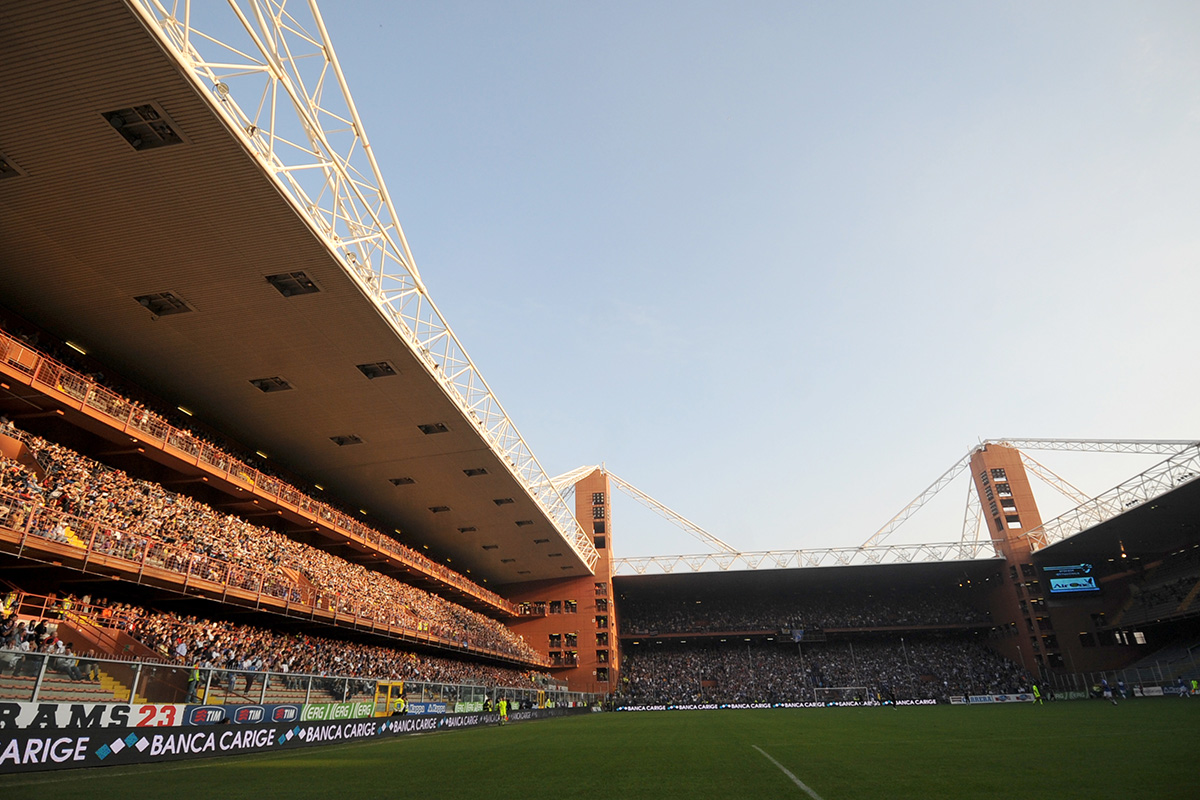 Whereas many Serie A grounds are soulless concrete bowls that place a neglected and seldom-used running track between supporters and the game, the Marassi is far more compact. Its ends house the most vociferous fans of each club, Genoa Ultras filling the Gradinata Nord while Sampdoria’s hardcore groups inhabit the Sud.

The derby is named after the port’s iconic old lighthouse, but whenever the fixture is held it is the Ferraris that dominates the landscape, fans putting on the kind of displays that leave Italy’s other cities open-mouthed in awe. Banners often fill each end, both staking their claim for local pride and – despite players always appearing to fully understand the importance of the fixture – the show in the stands often overshadows the game on the field.

But stories that follow this clash are far more entertaining than any match could ever hope to be, with each set of supporters having staged mock funerals for the other following relegation. Despite Genoa having the longer history, Sampdoria won the first ever clash by an emphatic 3-0 scoreline, then registering the biggest victory in the fixture so far in a stunning 5-1 triumph.

​Fortunes have ebbed and flowed over the years, but while the game has always been intense, the battle for superiority is not limited to the pitch. Every derby is marked with incredible choreography and pyrotechnic displays from supporters of both clubs, with a 2011 Genoa effort perhaps the best to date. 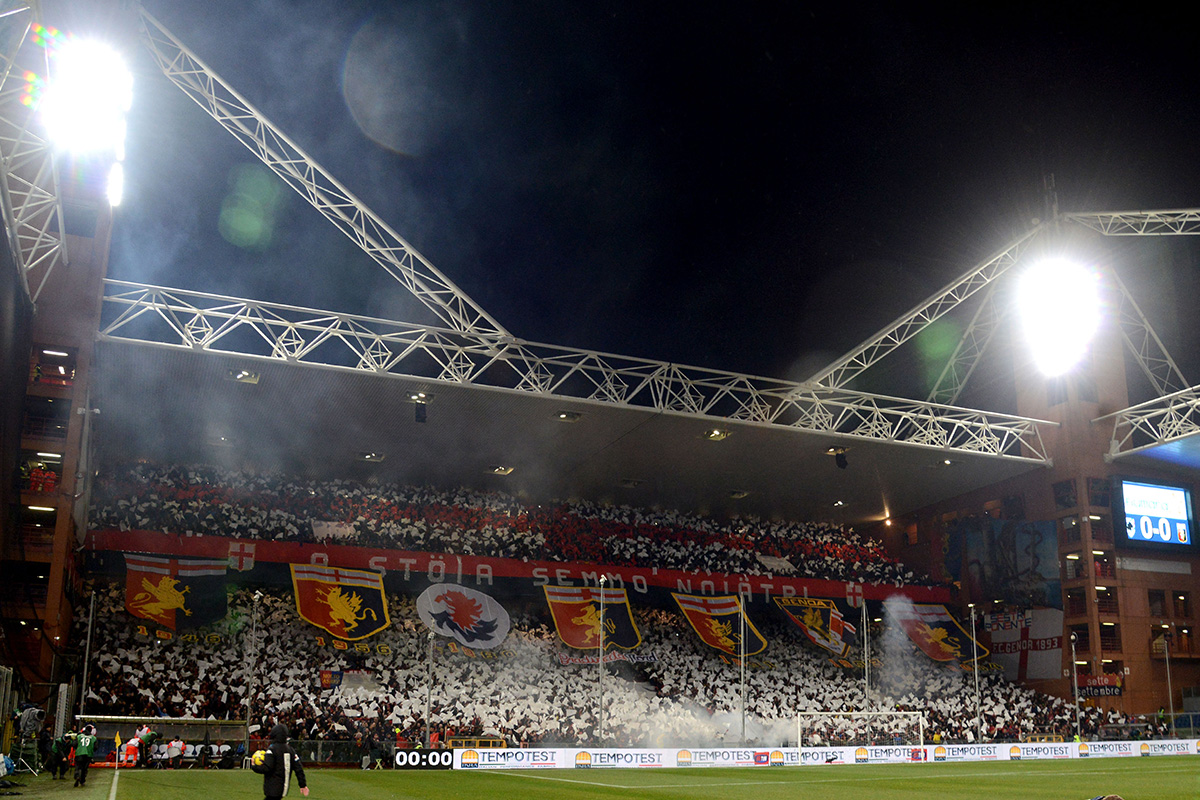 Fans in the Gradinata Nord unveiled a banner which read “The city does not want you Sampdoria…leave Genoa now!” Accompanying that emphatic message were images of the old city including the cross of Saint George and the Crusaders who set sail for the Holy Land from Genoa. Emphasising their rich heritage, English roots and that long-established intrinsic links to the town.

The message was clear, but two years later the newcomers would enjoy their own highlight. As their team trained in preparation for a forthcoming derby, Sampdoria Team Manager Giorgio Ajazzone and communications director Alberto Marangoni caught Genoa youth team Coach Luca De Pra hiding in a wood next to their training ground.

The nephew of Giovanni De Pra – widely regarded as Genoa’s finest ever goalkeeper – was caught hiding behind a tree dressed in full military attire. His club suspended him and denied any knowledge of the incident, but Sampdoria would enjoy mocking their rivals with a wonderfully written message on their official website.

“That the derby is a question of nerve, tactics and strategy we already knew, but that it could turn into a case of espionage – frankly we could never expect that,” it read, with a picture they had snapped at the time. “Like Rambo hidden among the branches on the hill, Luca De Pra, Genoa goalkeeping coach and man of noble footballing ancestry, failed to overcome Sampdoria's intelligence and counter intelligence operations.

“However, no prisoners were taken and no blood was shed. Once he was tracked down and caught red-handed, the opposing side's soldier was let free to return to base. One should always forgive one's enemies, as nothing annoys them more.”

When the next derby takes place in October, fans of Serie A will expect nothing less than the same high drama, wonderful choreography and intense passion. The Derby della Lanterna is unlikely to fail to supply them, it truly is a shining beacon for Italian football in almost every regard.