Another matchup in Copa del Rey that might not seem so exciting is the Panaderia Pulido vs Real Sociedad duel. Still, we have prepared a detailed preview of this game for you, so check it out now.

If you are not sure what is the right bet for the Panaderia Pulido vs Real Sociedad duel, check our top predictions for this match:

Panaderia Pulido to Win with Handicap (+4)

While it's clear that Real Sociedad is the obvious favourite in this match, it's still tough to predict how many goals they can score and by how much they can win Panaderia Pulido, a team from the fourth rank of Spanish football.

The fact that Real Sociedad will probably play their reserve team and that they are not in the best form at this moment with one win in the last five games makes it even more difficult. So, our prediction is for the home team to avoid losing by more than four goals.

How much exactly, it's tough to say, but we expect to see at least five goals. Obviously, we expect Real Sociedad to do the heavy lifting and score most of them.

If you are trying to find a market with higher odds when it comes to this game, we suggest taking a look at correct score and take a punt at it if you like high-risk, high-reward betting.

While guessing correct score is very difficult on any game, it seems even tougher when one team is a huge favourite. Still, our prediction for this match is for Real Sociedad to win 4-1.

The top odds, stats, and more for Panaderia Pulido vs Real Sociedad

If you want to bet on the best odds for Panaderia Pulido vs Real Sociedad, check our list of odds from the top betting sites:

Panaderia Pulido vs Real Sociedad preview: Can the home team put up a fight?

The team that plays in Segunda RFEF, which is the fourth rank of Spanish football, is not having the best season so far. At the moment, Panaderia Pulido is sharing the last spot in the league and they are on course to get relegated to the fifth rank. So, they will obviously have a tough time dealing with one of the best teams in the country such as Real Sociedad and this is likely the end of the road for them in Copa del Rey.

After sitting at the top of La Liga for more than a few rounds, Real Sociedad hit a bit of a wall in their form and now they've dropped to third place in the standings. The team also has to win their last game in their Europa League group to progress, so it's clear that Real Sociedad has some tough matches ahead. 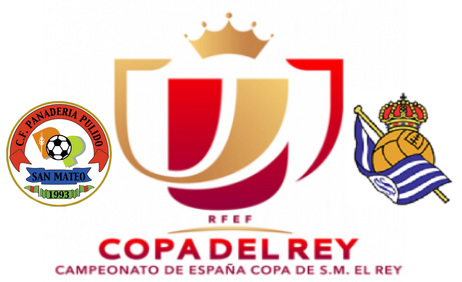