If you want to place a bet on the upcoming derby match between two of São Paulo’s finest Palmeiras and Corinthians, do not skip on this article as we will provide you with useful betting information regarding the match-up.

We've gathered our betting tips in a single place for the sake of gist reading. Down below, you will also find elaborate explanations as to why these picks were made. American can use the betmgm bonus code to bet on this football match.

Remember to check the odds before placing your final bet carefully. The odds' value is subject to change at all times and may surprise you unpleasantly.

The Paulista Derby Match preview and our predictions 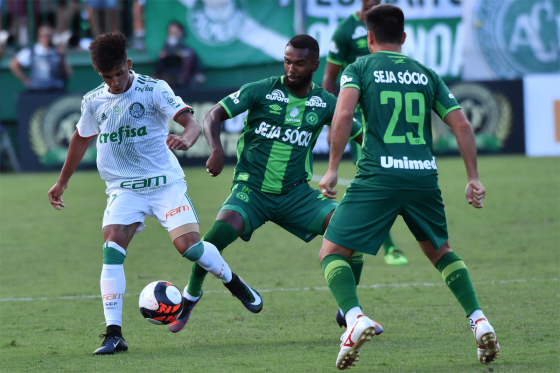 The next time that the two sides are scheduled to meet is 07.01.2021. Palmeiras will be hosting their long-time opponents on the home ground of Allianz Parque for another edition of the Paulista Derby. Dubbed by some as Brazil's greatest rivalry, as well as one of the most essential derbies in the world, the match-up between Palmeiras and Corinthians will once again spark strong emotions. Unmoved by others' opinions, we can say that this has to be the most contested rivalry we've seen, with Corinthians having 107 wins and Palmeiras 106, while both clubs have drawn in 88 matches. For over a hundred years now, the difference between the two is the least it can be. Match-ups like this are what football really is – passion, dedication, and love for the game.

So, what can we take from this ever-tied rivalry that we can employ in our betting experience? First off, let's take a quick look at both teams' most recent form.

The team led by Abel Ferreira has shown that they can put up a real fight in the current season. They've won and drawn against the majority of the upper half of the table teams, including league wins over Atletico GO, Atletico MG, Fluminense, and Corinthians, and drawing against local rivals and league leaders São Paulo FC. In contrast to these spectacular feats, Palmeiras was also seen dropping games versus opponents that you wouldn't even expect of. Though this isn't that great of concern regarding the Paulista derby, it’s important to note that Palmeiras are prone to unforced errors at times. Another thing that will be of their disadvantage for the upcoming match is the fact that Ferreira's side has a Copa Libertadores semi-final clash with River Plate the day before (06.01). Both games are of extreme importance to the club, so we cannot expect them to split their squad at two separate line-ups. The coach will need his A-players in perfect condition despite the possible fatigue.

In recent years, Corinthians have been the inferior side of the two, and the primary indicator pointing out this is their goal differences compared to Palmeiras'. Big Green's GD has been in the positive double-digit range, while Corinthians has struggled to even keep it positive at specific points. This year has been rough for The People's Team, and it's evident through their –3 goal difference after 25 games. They've been conceding a lot and also scoring less than they'd like. This, paired with Palmeiras' nearly flawless recent record, will complicate Corinthians' chanced of triumphing in the Paulista Derby. Perhaps Ferreira’s squad will be able to equalize the all-time rivalry wins at 107.

So, what are the most suitable Paulista Derby free betting tips?

We expect a fierce match-up that will, however, lack a lot of everything. A slow-paced game between two eternal rivals is the most likely outcome of the 07.01 fixture. Let's reintroduce the table from earlier:

We predict the most possible happening, given both sides’ recent performances. Corinthians has had a hard time dealing with its struggles, and the thing giving them hope for this derby will be Palmeiras' packed schedule. Despite this, we believe that the Big Green will do everything by their ability to take home the win.

The Brazilian Serie A is a league that typically has many low-scoring games, especially when two higher-placed teams have a stand-off. This pick has been particularly successful in the Paulista Derby, with the last time a game between these two ending with 3 or more goals, being way back in November of 2017. Since than every Paulista Derby match has either ended in a 0-0, 1-1 or a 1-0 win in any direction.

Similarly, to goals, corners aren’t really something that the Serie A is known for. In fact, it's one of the domestic competitions featuring the least corners. When playing each other the two São Paulo sides rarely net in a lot of corner kicks. In their last 4 games, this pick has hit 3 times, and we believe its fourth success will come on.