Arsenal are already making plans for the summer. Whether or not that includes Arsène Wenger staying in charge remains to be confirmed, but regardless, the club needs to continue to move forward.

To do that, they need to strengthen and upgrade across the pitch. Santi Cazorla, out of contract in the summer and the wrong side of 30 years old, despite being a dependable option, is no longer a game-changer. He'll need to be replaced.

According to reports in Spain, the man who could do that is Malaga’s Pablo Fornals. The 21-year-old has been earmarked as a potential Gunners transfer target. So what would he bring to the side?

Who is Pablo Fornals?

Born in Castellón de la Plana, just north of the coastal city of Valencia, Fornals is a versatile central midfielder who is a product of the Malaga youth system. Moving to the first-team in 2015, he has played 70 times for the Costa del Sol club, but it’s just this season that he has come to life.

Malaga may be a mid-table side in La Liga, but Fornals is the club’s second highest scorer this season, picking up six goals and adding two assists.

Rather than be a specialist in any certain area, the Spanish international has shown himself to be an all-rounder, capable of protecting the defence but also sparking into life in the final third and it’s that impact at both ends that would have caught Arsenal’s eye.

How does Pablo Fornals compare to Arsenal’s options? 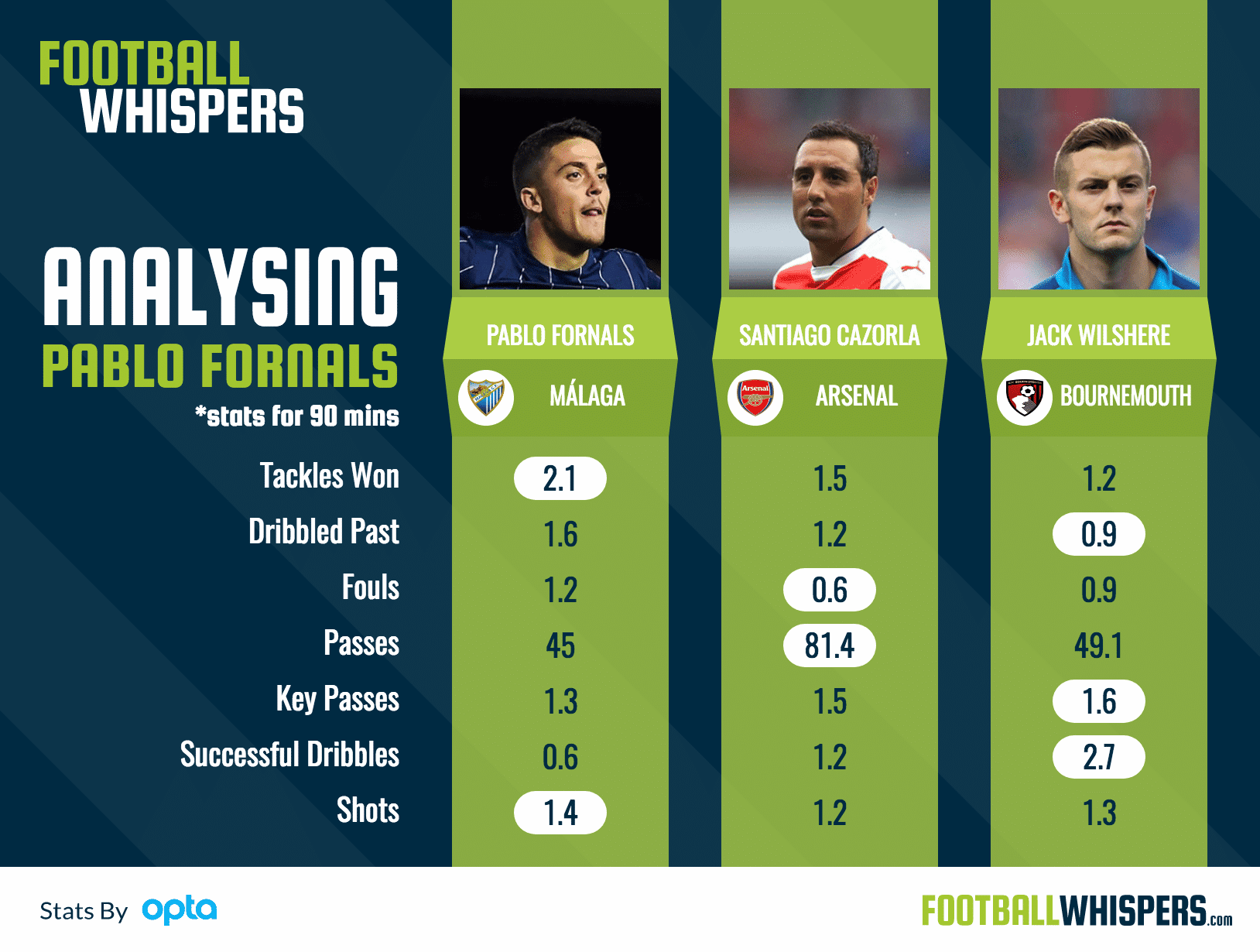 Far from the type of player that sits in to protect a back three or back four, Fornals defends from the front. He makes more successful tackles per 90 minutes than both Cazorla and Jack Wilshere.

The Spaniard can play in that little No.10 pocket behind the strikers but his skillset also makes him very capable of taking up a deeper role.

He is clearly a hard-working professional and rather than wait to battle in the middle of the park, he chases down defenders when they have the ball and that creates opportunities. 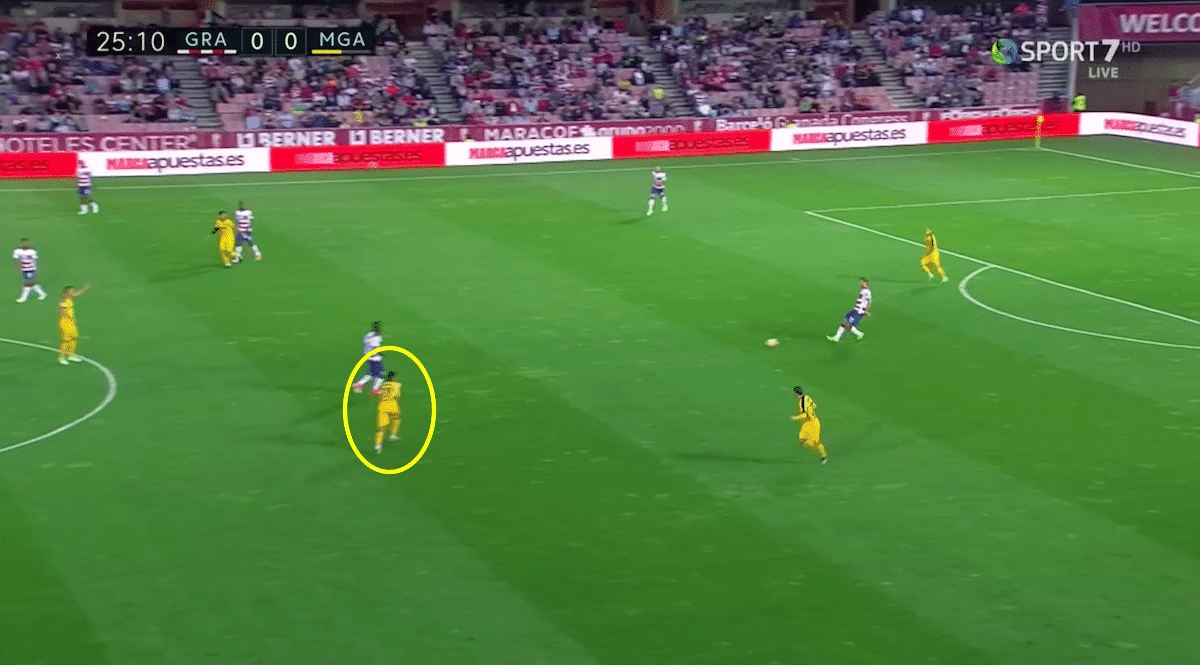 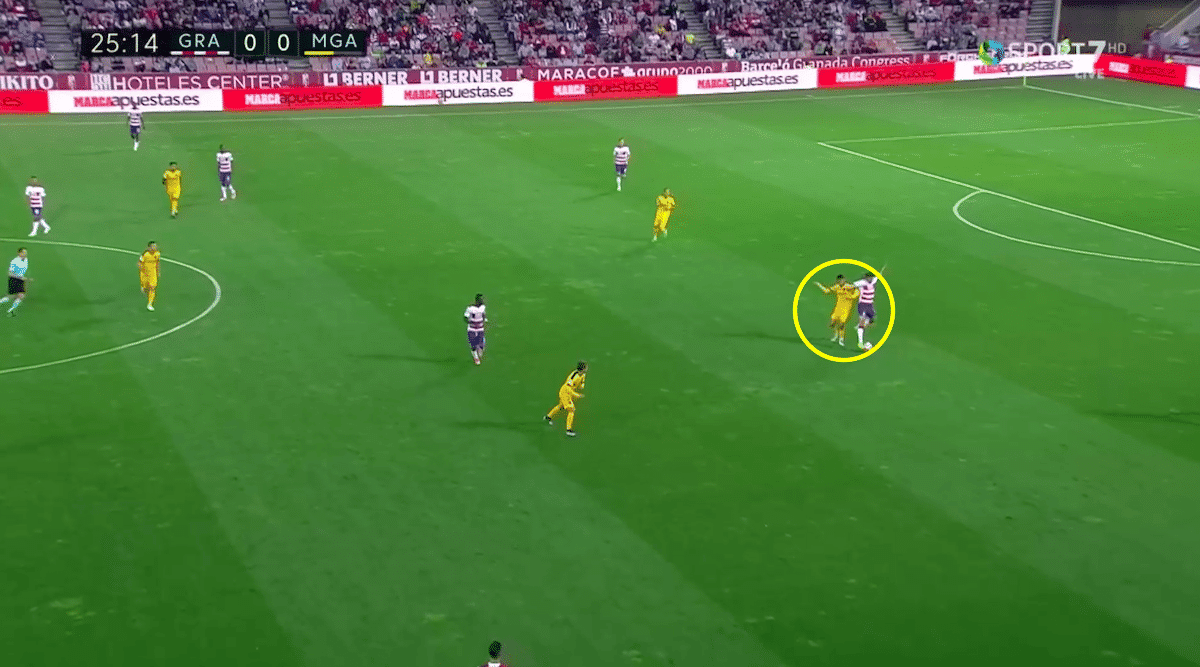 Against Granada, Fornals pressures the ball from the back and although not successful the first time, he tries again and this time wins possession. 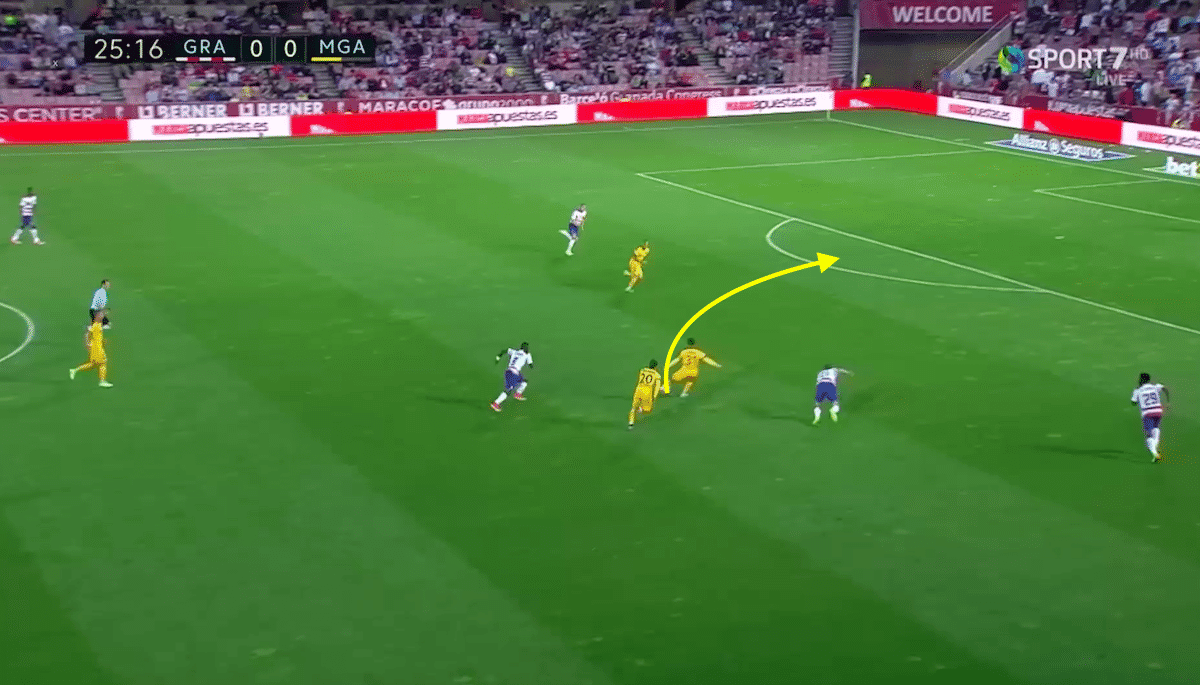 Then, with his head up in an instant, he is able to pick a pass. Malaga are unable to convert the chance but it was a great example of Fornals work-rate.

Excellent in the final third

Playing for a team like Malaga, he is never going to match Cazorla in terms of passes per game, but that would increase instantly at Arsenal.

What he brings that is different is a passion that sees him put his body on the line to intercept passes and breakdown opponents attacks.

The Gunners have missed that all too often, showing that it doesn’t take defenders or midfield destroyers to add a bit of steel in midfield.

Able to read the game well in both attack and defence, he has excellent vision and has been a success being as talented with as without the ball.

Fornals is also able to pull off majestic finishes, like his superb lob against Las Palmas.

When he does get the ball in front of a defence, he can show his creative side and thread delicious passes into the forwards. 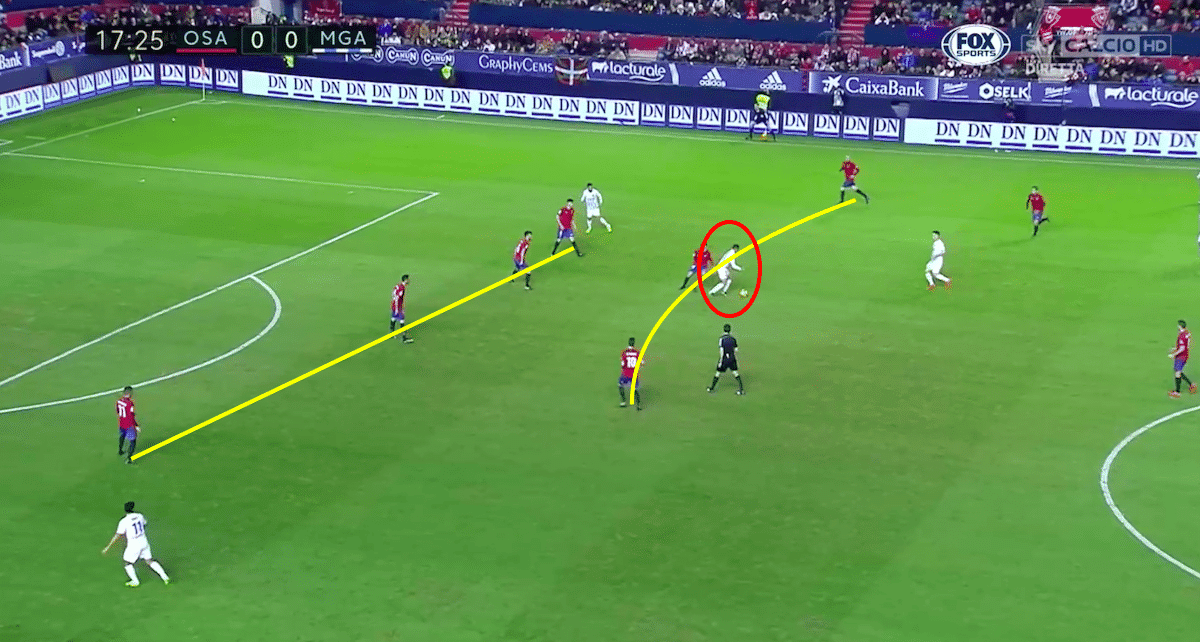 Playing against Osasuna, Fornals picks the ball up with his back to goal. He has a back four and three midfielders well organised to stop him. 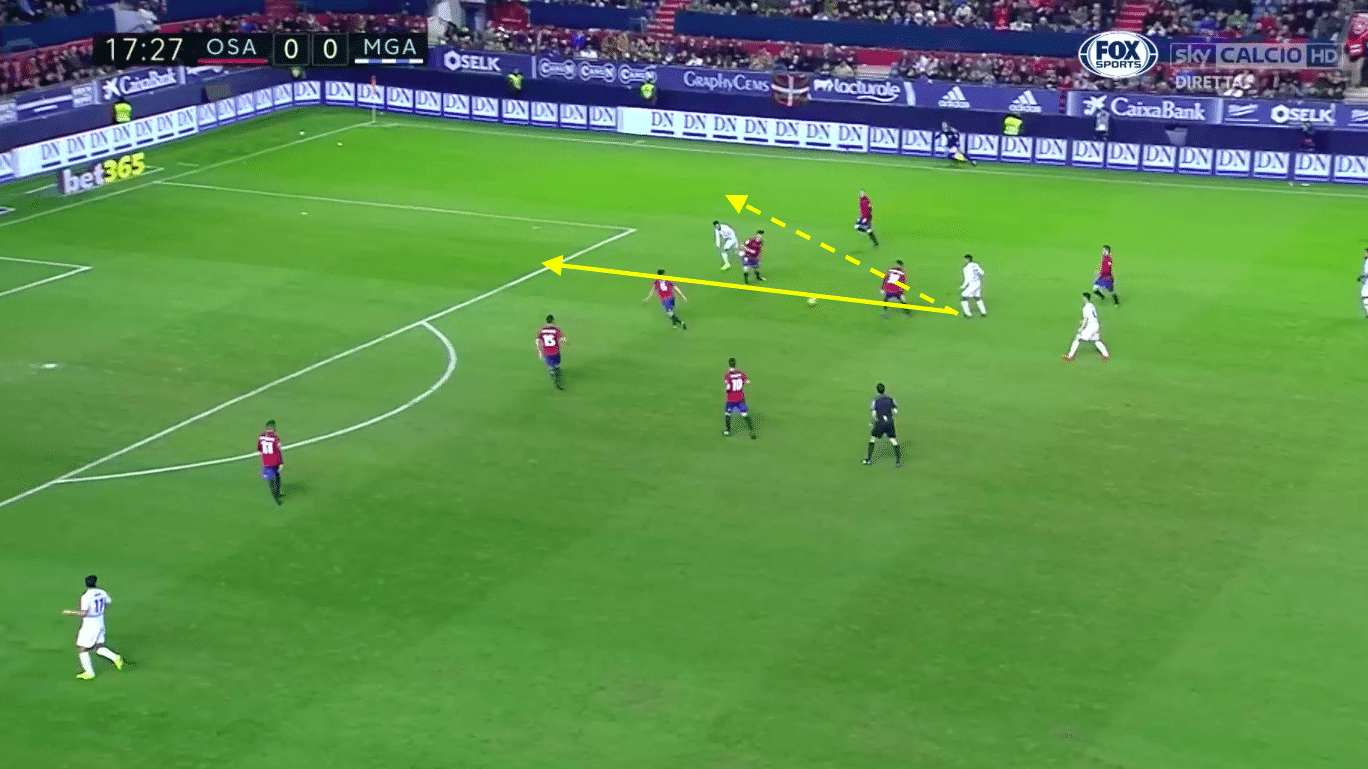 The midfielder does well to get turned and then, when a simpler pass down the channels could have been easier, Fornals goes in between and slides a perfect pass into the box.

Osasuna’s goalkeeper is out quickly and managed to charge down the shot but it’s a fantastic example of what the Arsenal target can produce.

Where would he fit at Arsenal? 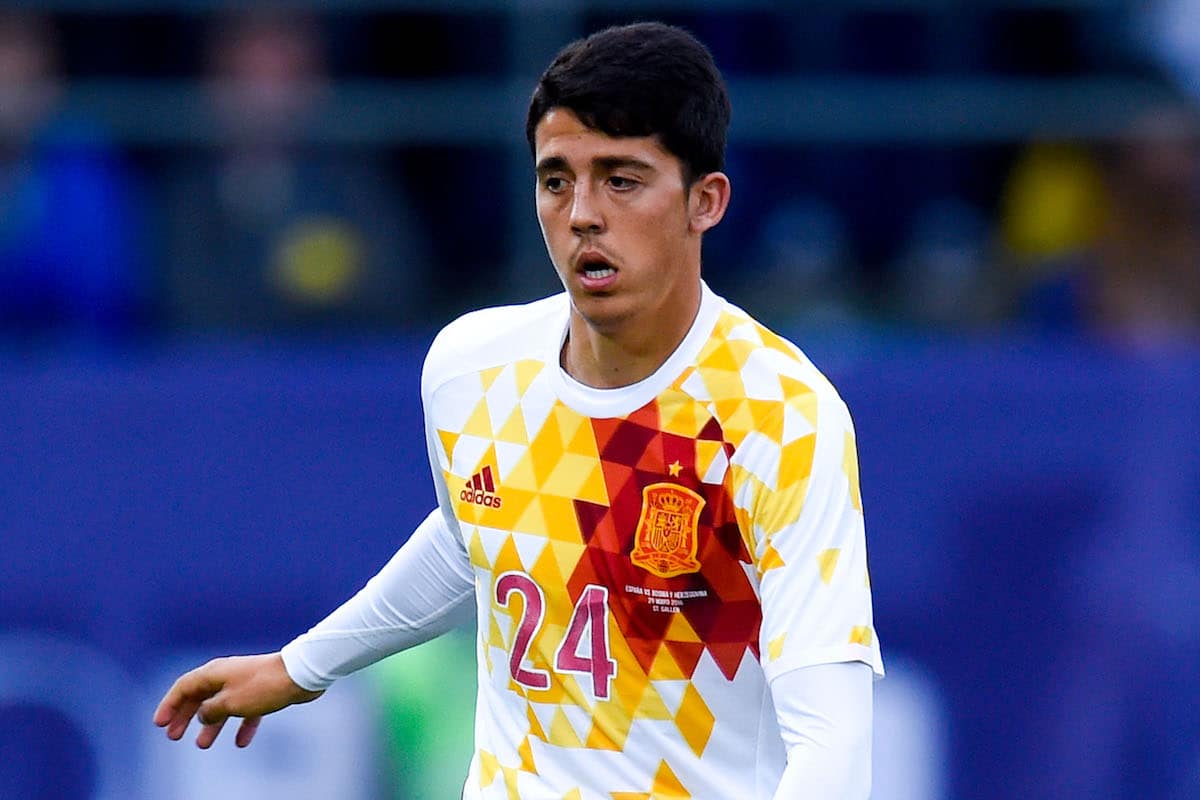 If Wenger or a new boss continues with the 3-4-3 formation, you could play Fornals in different positions. Similar to Christian Eriksen at Spurs, you could play him just behind the centre-forward.

He’s a creator but unlike Mesut Özil, he will set the tone of the play; closing down, pressurising and disrupting the opposition defence.

Due to his proficiency in the middle of the park, he could also play beside a defensive midfielder in the central four. Winning ball, picking passes, controlling the tempo.

He would be excellent in the midfield of a 4-3-3 but has the skillset to do a job from the right-wing.

Reported by Sporting Intelligence, Malaga’s average weekly wage for a player in £10,000, making contract talks barely an issue. His current deal takes him until 2019.

Due to the Spanish club’s situation, they are not able to command a huge fee for the 21-year-old, costing Arsenal around £10million due to a rumoured release clause.

Fornals is able to pick smart passes and create chances, you can’t help believing that with a better team around him it will not only raise his game, but improve the players around him.

A Spanish international, who is only 21 and looks like a promising talent, it’d be madness not to bring him to the Emirates.