Oxford and Crystal Palace are scheduled to play each other in the upcoming round of EFL Cup on Tuesday, August 23rd and we have prepared a detailed preview of this game for you, along with some free betting picks.

Our top betting predictions and tips for Oxford vs Crystal Palace

If you are looking for reliable betting tips for Oxford vs Crystal Palace, you are in the right place:

Clearly Crystal Palace is the favourite in this game, but the odds on them winning are accordingly far from great, so we decided to skip that betting market. Instead, we chose to focus on goals since we expect this to be a high-scoring affair.

After all, Crystal Palace averaged 2.67 goals per game in Premier League so far. And while Oxford averaged just 1.60 goals per game in League One this season, we obviously expect the guests to do most of the scoring here and impose their style of play.

Since we can see this game going over 2.5 total goals, we can also see both teams scoring in the match. Yes, we do expect Crystal Palace to score more goals, but we can see Oxford chipping in.

The reason for this is simple – Crystal Palace conceded in all three of their Premier League matches this season. Also, Oxford managed to put two goals past Swansea in last round of EFL Cup, so we don't see why they can't score at least once here.

Even though the guests are the clear favourites to win this match, we can see this being an interesting game. So, let's check both teams out now:

In the first five games of the new League One season, Oxford has one win, one draw, and three losses. So, it's hardly the most impressive start of the season, but they improved the impression and mood of their fans by eliminating the favoured Swansea in the previous round of League Cup.

After last season in which they surprised many with their reliable performances, Crystal Palace started the new season of Premier League with four points from the first three games, putting them in the middle of the standings right now. The first impressions are that we might see this team do even better this season.

When it comes to team news, James McArthur and Jack Butland are out through injuries, but we will likely see a few more changes compared to the team's starting lineup for Premier League.

The top odds and useful stats for Oxford vs Crystal Palace

You don't have to spend a lot of time looking for the best Oxford vs Crystal Palace odds – you can check them all right here on our site:

Q & A for Oxford vs Crystal Palace 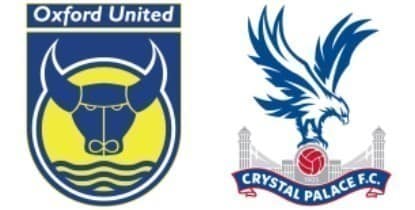