Burton will enter next season aiming for a League zone top six finish. Now though it's about stopping Oxford achieving that feat by beating them. Will they end Oxford's play off ambitions? Find out with our Oxford vs Burton match preview with free tips, predictions and odds mentioned along the way.

Oxford to fight until the end for top six

With Burton sat in mid-table this game means nothing to them other than another opportunity to show what they'll be about next season. For Oxford it could be the game that secures them a top six finish – albeit reliant on results elsewhere. Even so, first and foremost, they need to do the business. Our prediction is that they do exactly that and it's not all based on the additional motivation they'll have. They've won five of their last six matches whilst Burton have won just one of their past five.

An end to end game?

This prediction is made off the back of the fact both teams are regularly hitting the target. Oxford have scored 13 goals in their last five home games with their opponents scoring in each of them. Then there is Burton. They have scored in 14 of their past 15 away from home with both teams betting in eight of them. Included in those eight is two of the last three matches; given the requirement Oxford have to win the game we see no reason why the goals might dry up.

Oxford to score at least a couple

We've just touched on the goal scoring prowess of Oxford and this prediction follows a similar suit. For starters they sit as the third most dangerous side in the league. Then, across their last six matches they've hit a combined 20 goals; that's an average of 3.3 per game. During that run, they've only failed to record two goals in one match, which was a narrow 2-1 defeat at Wimbledon. They need to win and goal difference could become a factor too so they'll at least come intending to do the business again.

Oxford to push to the death

Oxford put in a horrendous showing during February and early March this season as they went six games without a win. Even a bang average return would have put this final game playoff battle to bed. As it is though, they face a much improved Burton team and even a win might not do anything for them. If other games start to swing in their favour, this affair could heat up rapidly. 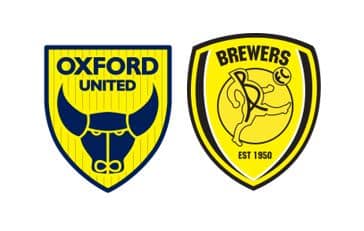