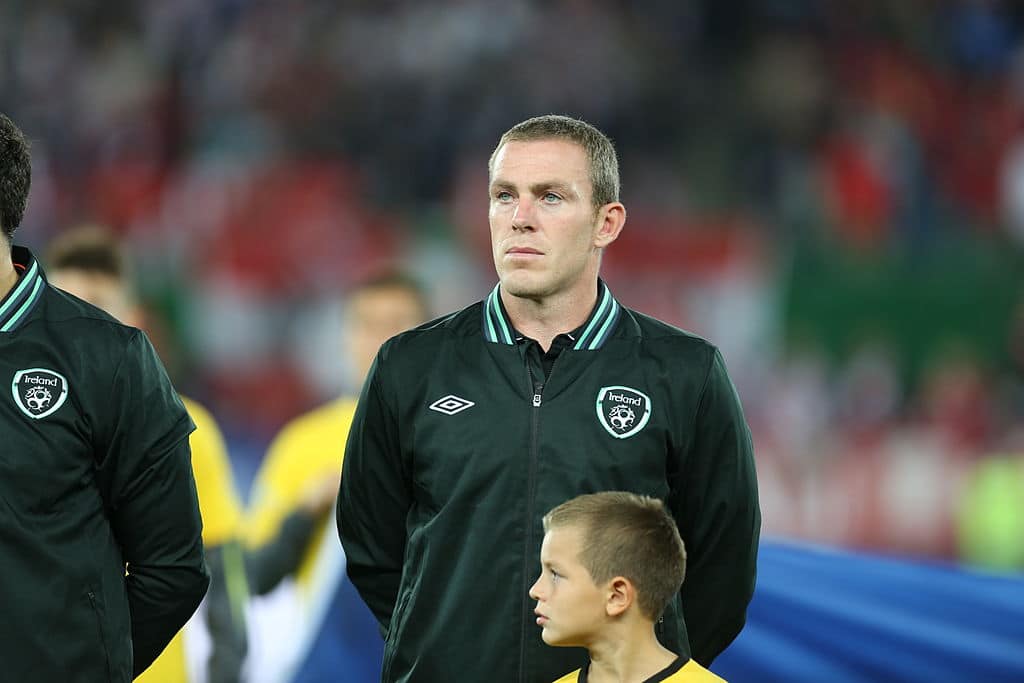 When it comes to football’s embarrassing on-pitch moments, scoring an own goal ranks right up there alongside mistimed air shots, comically bad first touches and six-yard box sitters – though the evidence suggests that the OG wields a match-defining power like no other footballing mishap.

When you “put through your own net” at any level, it feels like you’ve been dunked headfirst into a barrel of liquid mortification, though knocking one in at the wrong end on the Premier League stage magnifies that embarrassment times infinity.

However, our research shows that beyond the red faces and spawning of internet memes, own goals have a measurable, nefarious capacity to shift an entire game’s momentum.

Simply put – if your team is unlucky enough to concede one, the chances of recovery are slim.

Tim Krul became the first player to commit sporting hara-kiri all the way back on August 21st, when his sliding teammate, Grant Hanley, rocketed a mis-queued clearance into the Canaries’ net via the Norwich keeper’s kisser against Man City.

That was the deadlock breaker in a 5-0 rout for the Cityzens and the first of 15 Premier League own goals scored since the new campaign kicked off nearly six months ago.

#ManCity aren’t here to mess about! 😬

– #Laporte with a rare goal ⚽️

– #Mahrez and #Sterling wrap up a perfect afternoon for City 🤩

#ManCity aren’t here to mess about! 😬

– #Laporte with a rare goal ⚽️

– #Mahrez and #Sterling wrap up a perfect afternoon for City 🤩 pic.twitter.com/K0LNcHJtMx

Burnley skipper Ben Mee became the latest unfortunate player to join the list of self-saboteurs when he inadvertently guided Jadon Sancho’s off-target effort just inside the post when the Clarets lost 3-1 to Manchester United at Old Trafford on December 30th.

Now that we’ve bookended his season’s own goals, it’s time to delve into the numbers, which are interesting to say the least.

In the games where an own goal was scored this term, the team that scored the OG went on to lose a notable ten out of the 15 fixtures involved, with three sides bouncing back to draw and just two clubs defying the juju of the own goal to win.

Tottenham conceded a late own goal through the unfortunate Eric Dier against Newcastle in October, but held on for a 3-2 victory, while Chelsea rebounded from Reece James’ looping header to beat Aston Villa 3-1 on Boxing Day – but those are the outliers in a pretty convincing body of evidence elsewhere.

If percentages are your thing, then 86.66% of teams that have conceded an own goal in the Premier League this season have failed to win their respective tussles. Tell me I’m the only one who noticed that string of sixes…

Those numbers indicate that own goals have the power to whip the rug out from under a team, burying their match-winning prospects with one mistimed shank of a clearance.

Oh yeah? What about last season?

I’m glad you asked. In 2020/21, there were a whopping 38 own goals registered by 37 separate players, with Craig Dawson chipping in with two ill-fated efforts of his own.

Remarkably, just TWO of the clubs that conceded an own goal went on to win their respective contests, with 26 going on to lose and the remaining ten eventually eking out a share of the spoils. In total, just 5.2% of the sides that beat their own keeper gathered themselves sufficiently to force a win.

The season before, in 2019/20, the same patterns emerged and of the 32 own goals scored over the course of the campaign, just four teams managed to shake off their setback to win, with 20 sides toppled and eight outfits clawing their way back to parity.

If we squeeze the data from the last two and a half seasons into one easy-to-read set, then the information reads as follows.

Those figures push the incredible momentum-killing effect of the own goal front and centre and into clear view. It seems as though the psychological tide-shifting force surrounding own goals can have a monumental negative impact on a team’s confidence and outlook for the rest of a particular match. 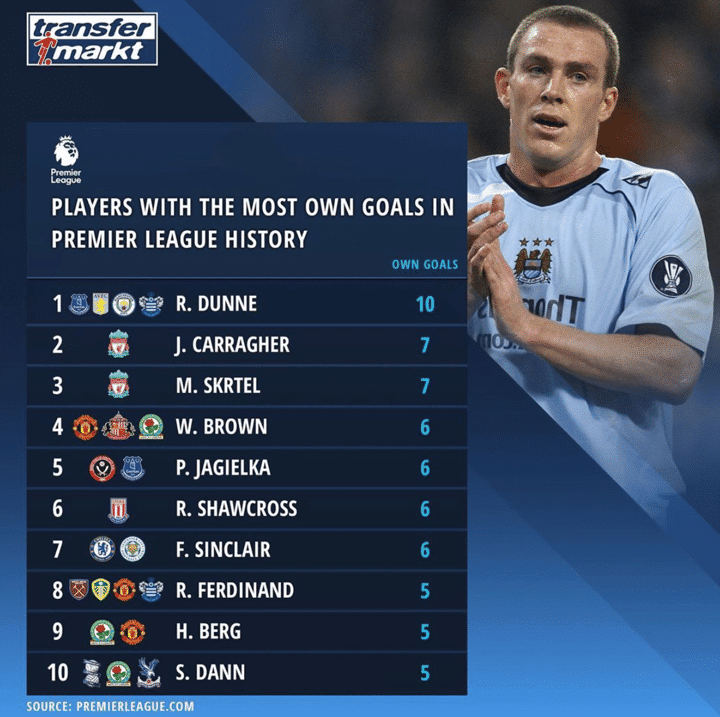 Now that you are aware of the crippling power of the own goal – spare a thought for ex-Republic of international defender Richard Dunne who notched a record TEN Premier League OGs during his career.

Dunne became the first Premier League performer to reach double-figure own goals on October 19, 2014 with a blunder against Liverpool while donning QPR’s famous hoops. Rangers actually hit two own goals against the Reds that day in a 3-2 reverse.

Ex-Liverpool duo Jamie Carragher and Martin Skrtel are ranked as the Premier League’s next most-prolific own goal producer with seven career strikes. Carragher of course, had the ignominy of netting twice against his own team against Pool’s bitter rivals Manchester United on September 11, 1999, though it’s worth noting that Carra needed 12 years to run up his meaty total.

The calamitous Martin Skrtel needed just five seasons at Anfield to reach seven own goals, however, and he even and set a Premier League record for most OGs in a single season during the 2013-14 campaign after finding his own net on four separate occasions – a feat that has since been matched by Lewis Dunk for Brighton during 2017-18).

So, there you have it. Backed by an unseen malevolent force (and Richard Dunne), own goals are football’s official harbingers of doom.