Neymar was supposed to displace Lionel Messi and Cristiano Ronaldo at the summit of men’s football. Yet the 27-year-old is reportedly now scrambling to get back into the former’s shadow.

When he burst onto the scene with Santos he was dubbed the new Pelé, the next Ronaldo and the future of the sport.

The move to Barcelona was inevitable. He took his place beside Messi and went about learning from the master.

At first the apprentice, he slowly began to take centre-stage in big moments. The Brazilian stole the show during La Remontada, netting twice late in the dramatic come-from-behind win over Paris Saint-Germain before assisting Sergi Roberto’s winner.

If reports are to be believed, that game changed it all for Neymar.

The media concentrated on Messi with pictures of the Argentine maestro occupying the front and back pages. The No.11’s heroics weren't so much forgotten as not acknowledged.

He’d starred in one of the greatest European comebacks ever and the masses continued to worship Messi. 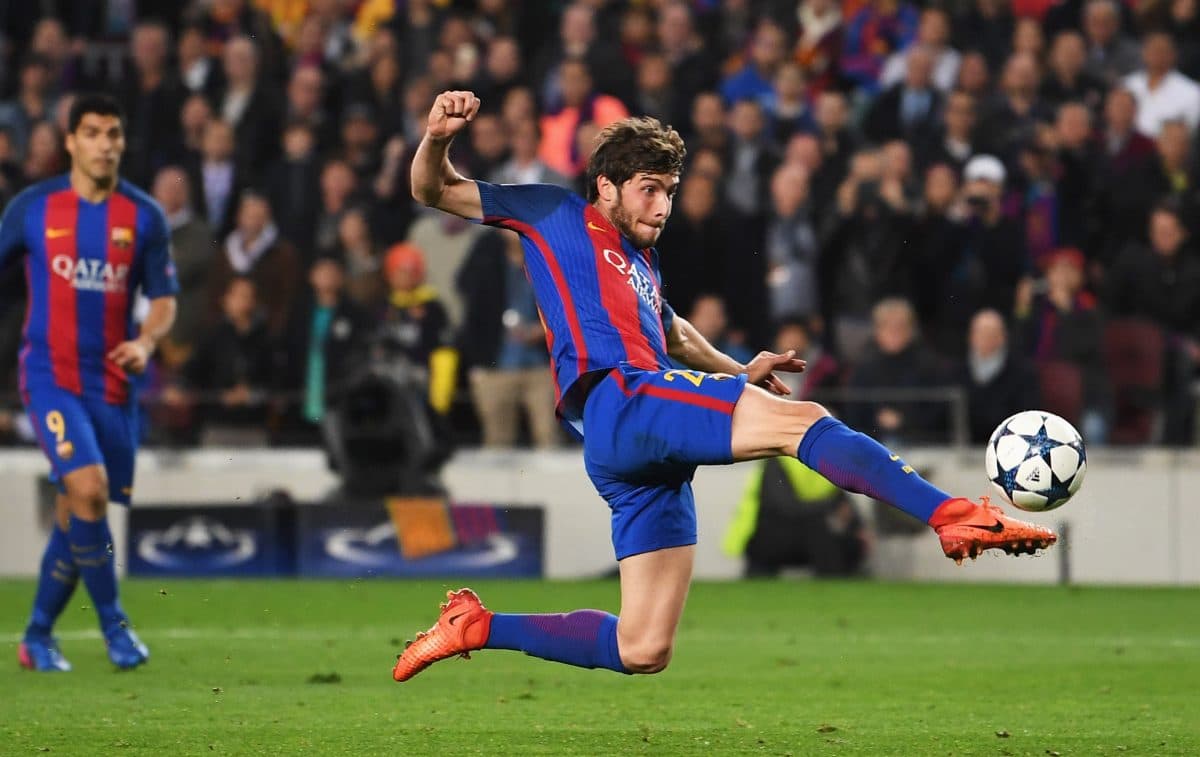 Paris Saint-Germain capitalised on this. They flexed their financial muscle, promised to make Neymar the star of the team and went about supporting his bid to become the icon he felt he should be.

It cost a world-record €222million but Neymar was finally out of Messi’s overbearing and neverending shadow, with a canvas of his own to show exactly what he could do. Fans around the world waited patiently to see what masterpiece the Samba star would create.

The Ligue 1 title was a given, he was going to be judged solely on whether or not the Champions League trophy had Paris Saint-Germain’s name engraved on it amongst European royalty.

In 2017/18 they fell to Real Madrid in the last-16. Neymar was an onlooker, a metatarsal fracture ruling him out as Los Blancos romped to a 5-2 aggregate victory.

SIt was a similar story last season, too. The Brazilian sat out both legs of the last-16 tie against Manchester United with a foot injury as Ole Gunnar Solskjær’s team completed a remarkable comeback to knock the French champions out after being 2-0 down.

Injuries can’t be helped but PSG forked out a world-record fee for Neymar to shine in these situations. Instead, they had an expensive cheerleader. Sometimes the absence of a player can make team-mates and fans value them more, other times it presents an opportunity for someone else to step up.

The latter happened in Paris. Kylian Mbappé didn’t just fill in for Neymar as the main man, he replaced him. The 20-year-old World Cup winner is as close to Il Fenomeno, the original Ronaldo, as they come.

He’s no longer just a talent on the pitch, he’s a global brand. PSG no longer need Neymar to be the face of their project, that role belongs to the Parisian sensation. Mbappé’s evolution from beta to alpha will no doubt have played a part in Neymar’s rumoured decision to return to Barcelona.

Playing second fiddle to a wonderkid with fewer than 100 Ligue 1 appearances isn’t a good look for brand Neymar. Returning to his role as Messi’s assistant takes the limelight away from him. While he previously craved the spotlight, the shade now looks a lot more inviting.

It isn’t just at club level his reputation has taken a hit.

The Brazil fans in Rio don't seem to be missing Neymar much. pic.twitter.com/pbWF9TLS7R

Once the poster boy of Brazilian football, a Neymar-less Brazil have reached the final of the Copa América. The Seleção are playing with freedom and there appears to be a unity and a bond throughout the squad.

Their tactics extend beyond ‘Get the ball to Neymar'. Instead, players are having to take responsibility. Roberto Firmino and Philippe Coutinho are thriving, there’s a balance to Tite’s starting XI and Brazil look resilient defensively. Perhaps because all ten outfield players are contributing as much in the defensive third as they are in attack.

Neymar is a lot of things but defensively brilliant he is not. He doesn’t do the dirty work for PSG and it’s rare he’ll do it for Brazil. It might explain why, despite having a talented group of players, the national team have won a Confederations Cup and an Olympic Gold medal in the ten years the São Paulo-born star has been part of the squad.

They crashed out the quarter-final of the 2018 World Cup and lost to Paraguay on penalties in both the 2015 and 2011 Copa Américas. Germany humbled the hosts at the 2014 World Cup with Neymar sidelined for the one-sided semi-final.

Why do Philippe #Coutinho, Alexis #Sánchez and James #Rodríguez all thrive for their countries but struggle for their clubs? ?

If Brazil beat Peru on Sunday to claim their first Copa América since 2007 it’ll go against Neymar and questions, rightly or wrongly, will be asked as to whether the team are better without him.

At one stage people wondered how many Ballon d’Ors the Brazilian would win. Now they wonder if he’ll even claim one.

Neymar’s legacy was supposed to see him be part of the conversation when people debated which of Diego Maradona, Pelé, Messi or Ronaldo were the best. Currently, he’s the world’s most expensive player but there’s no guarantee that won’t eventually be surpassed. The 27-year-old is yet to carry a club outside of Brazil to honours and the national team are performing better without him.

He still has time to right these wrongs but there’s a real danger Neymar ends his career as an injury-prone trickster who failed to perform when he had all eyes on him.