As Gareth Southgate continues to fine tune his England squad ahead of next summer’s World Cup in Russia, the competition for places is hotting up.

Players up and down the country are trying to stake their claim to show why they should be part of the final 23-man squad.

As always in the year of a major tournament, there will most likely be a player who comes from nowhere to secure a spot on the plane.

Marcus Rashford managed it in 2016 ahead of the Euros and there have been countless others before him.

In Southgate’s latest squad there were plenty of notable absentees due to injury, such as Adam Lallana, Danny Rose and Jamie Vardy.

However, there also those who are fit and ready for action who have been overlooked when they could be in contention to play for England.

Here, we assemble an alternate England XI of players Southgate may find himself having to consider as the road to Russia continues.

Although currently out due to a shoulder injury, Heaton’s place in Southgate’s squad is already under threat. England suddenly have a wealth of options in goal, with five players vying for the No.1 shirt.

The fact Southgate named four goalkeepers in his latest squad underlines the level of competition. Youngsters Jack Butland and Jordan Pickford both played for Southgate at under-21 level, which strengthens their cases.

Joe Hart and Fraser Forster, on the other hand, are both long-term internationals and that will stand them in good stead. Heaton, however, has just three caps to his name.

The goalkeeper’s rise with Burnley, though, makes him a viable candidate and he has established himself as one of the Premier League’s best goalkeepers. A return to fitness could see him sneak into Southgate’s plans. 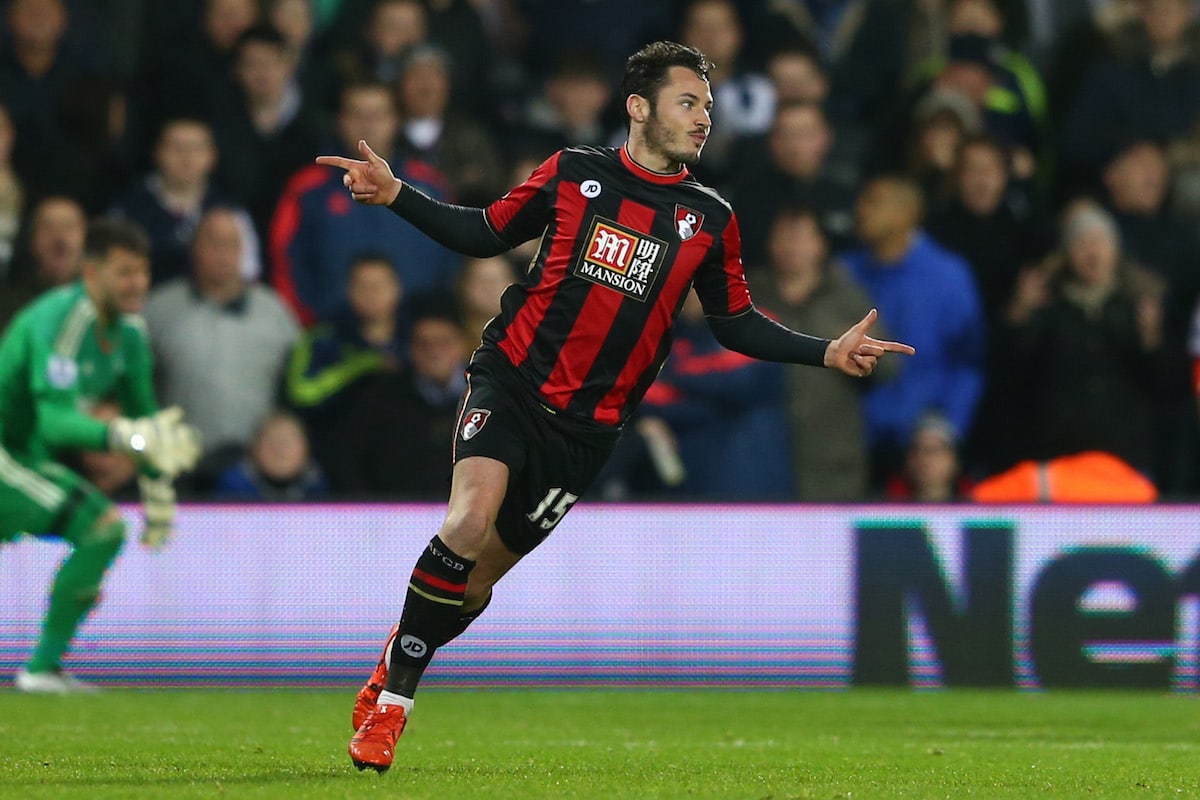 When Bournemouth were flying high last season, Smith was on the verge of an England call-up. Since the Cherries have been in the Premier League, the 26-year-old has impressed.

A product of Tottenham’s youth academy, Smith has worked his way back up to the top over the years. As expected from an Eddie Howe full-back, he is great going forward and laid on five assists last season.

But the right-back spot for England is hotly contested. Kieran Trippier, Kyle Walker and Nathaniel Clyne are all vying for a starting spot but Smith could make a late charge.

Injuries are to be expected over the course of the season and the Bournemouth defender may present himself as a viable solution for Southgate.

Such has been Mawson’s rise up the football pyramid that it will no surprise to see him make his England debut soon. When the Euros were taking place a year ago, the defender was celebrating promotion to the Championship with Barnsley.

Swansea swiftly snapped him up for £5million and he has continued to blossom. Mawson impressed at this summer’s Under-21 European Championship as England got to the semi-final. It capped off a remarkable season that saw the centre-back make 27 Premier League appearances.

Swansea boss Paul Clement has recently hailed Mawson’s maturity and, with England lacking in great options at centre-back, he could become a real contender.

When Michael Keane left Burnley for Everton this summer Clarets fans feared the worst. Their star centre-back had just gone and with it a huge void had been left in defence.

But now, seven games into the season and Burnley supporters have a new name on their lips. Tarkowski has stepped up to the plate and showed just why Sean Dyche was willing to sell Keane. The defender has been with Burnley since February 2016, but he has had to wait his chance.

Finally with Keane gone he has been allowed to state his case and it has been worth the wait. Tarkowski made an incredible 17 clearances in Burnley’s opening day win over Chelsea. He followed that up with 18 against Crystal Palace a few weeks later. And, if he keeps performing like that, it will be tough for Southgate to not give him a chance.

It feels like a life time ago that Shaw was named in the England squad for the 2014 World Cup. Despite being just 18, the defender was named by Roy Hodgson ahead of the experienced Ashley Cole. Shaw was viewed as one of the most promising full-backs in European football then.

A stunning season with Southampton had earned him his spot on the plane to Brazil and he seemed destined for the top. Since then, the now 22-year-old’s career has stagnated. Seemingly out of favour under Jose Mourinho at Manchester United, Shaw is consequently out of Southgate’s plans too.

However, there can be no denying the left-back’s raw athleticism and talent. And, if he can get back into the team at Old Trafford, an England call-up will surely follow. 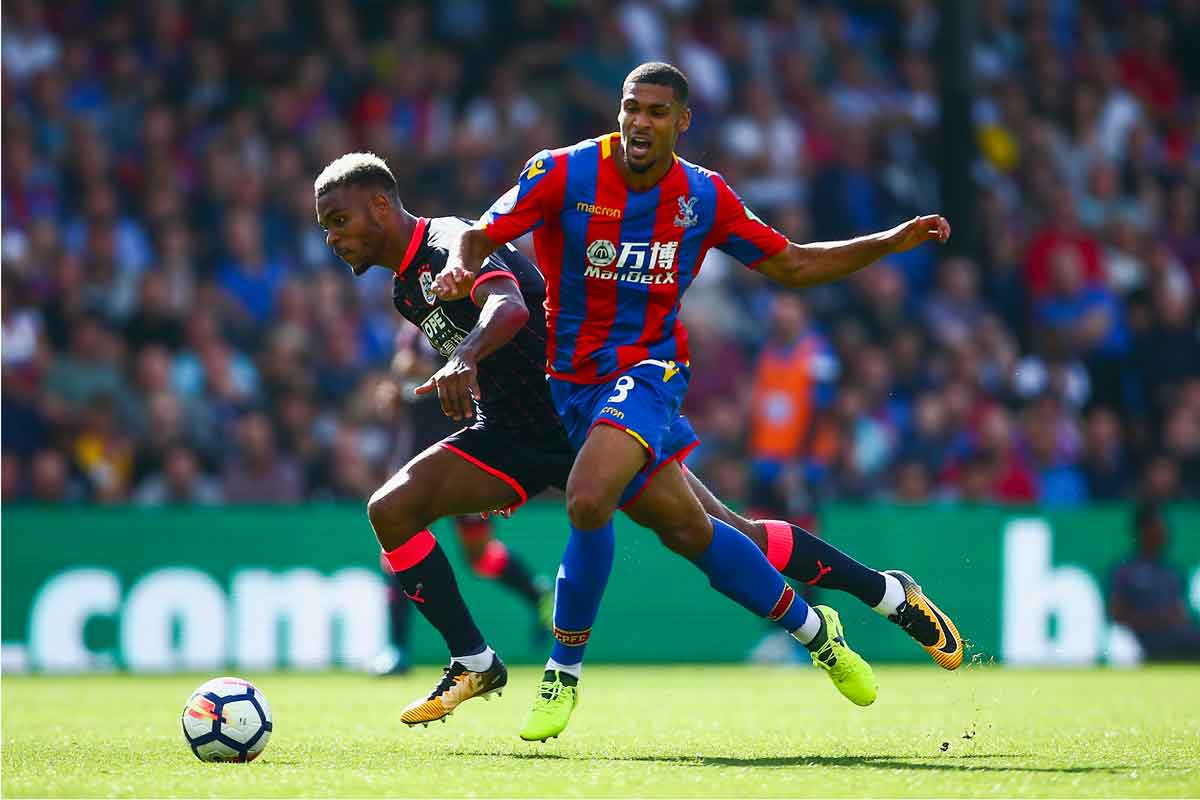 There has been little for Crystal Palace fans to cheer about this season. No points, no goals and the Eagles are currently rock bottom of the Premier League. However, in Loftus-Cheek they have one bright spark to cling on to.

While Palace may have struggled this season, the midfielder has shown moments of promise. A regular at England under-21 level, Loftus-Cheek is held in high regard by those at St. George’s Park. He has also been tipped for big things at Chelsea and it is easy to see why.

Strong and powerful, the 21-year-old is able to chip in with goals as well as bring others into play. Able to operate deep in midfield or off a striker, his versatility makes him the ideal man for a tight 23-man squad. An upturn in Crystal Palace’s form could change his England fortunes.

Injuries have haunted Wilshere for so long, but finally he looks as though he is on the right track. After a summer of speculation he stayed at Arsenal and he is beginning to work his way back into Arsene Wenger’s plans.

His opportunities are coming in the shape of Europa League football at the moment, but it can’t be long before he pushes for more regular game time. For England, Wilshere can offer Southgate something completely different to any player.

Comfortable on the ball and able to dictate the tempo of a game, he is a real rarity when it comes to English midfielders. As always, his fitness will be crucial but if Wilshere can get a whole season under his belt he will be difficult to overlook.

Having been picked to go to the 2006 World Cup as a 17-year-old, it is remarkable to think Walcott has never played in one. Despite starring in the qualification campaign for the 2010 tournament in South Africa he was overlooked by Fabio Capello.

Then four years later, injury prevented him from going to Brazil. The winger maybe out of favour with Southgate now but his experience of nearly 50 caps makes him an option going forward. Arsenal fans often moan about Walcott’s lack of end product but the fact is he bagged 19 goals last season.

That was the 28-year-old’s second best haul for the Gunners and a similar campaign this year could be enough to get him back on England’s radar.

When he came through the ranks at Manchester United, big things were expected of Cleverley. However, after several loan spells, he left for Everton in 2015 before joining Watford this summer.

It is at Vicarage Road that the midfielder is thriving under new boss Marco Silva. Playing as a No.10, Cleverley has showed glimpses of the talent that got youth coaches at Old Trafford excited all those years ago. Between 2012 and 2013, the midfielder made 13 England appearances.

However, since then he has not been called up and the fear is he has been tainted by past regimes. However, if he and Watford keep performing as they are this season there is no reason Cleverley can’t get back in the England setup. 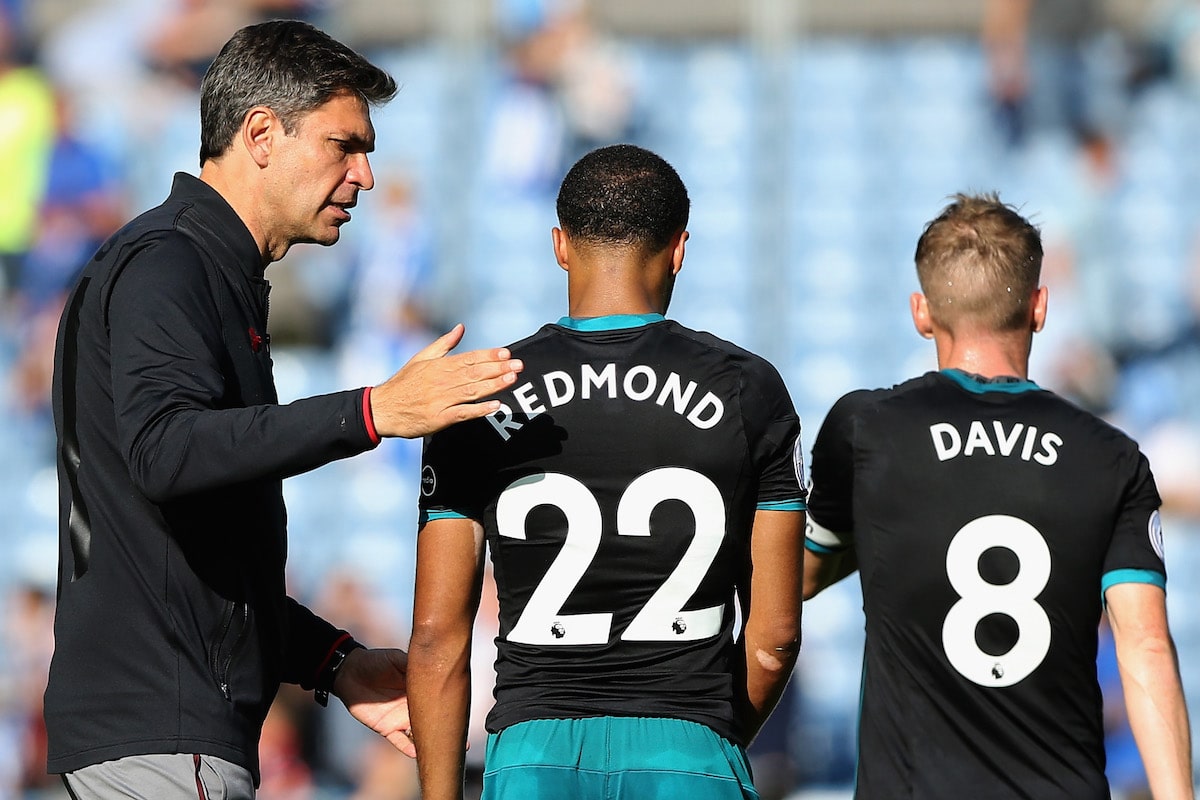 A prolific player for Southgate at under-21 level, Redmond is still waiting for the chance to really stake his claim with the seniors. A substitute appearance against Germany is currently his only appearance but there will surely be more to follow. Southampton’s lack of goals are no doubt hindering his progress at the moment.

Indeed the whole team have netted just five times in seven league games this season. Redmond, though, on his day is capable of bagging a hatful.

He notched eight times last season and his boss then, Claude Puel, said he saw shades of Thierry Henry in him. If he lives up to even half of that praise then more England caps could well be on the horizion.

Club: Swansea (on loan from Chelsea)

A star for England at youth level, it should only be a matter of time before Abraham makes the jump to the seniors. However, Nigeria also trying to call the striker up as he is eligible to play for them through his father.

They have naturally been impressed by the 20-year-old’s meteoric rise, which saw him score 23 goals in the Championship last season while on loan at Barnsley. England may have to move fast to keep hold of Abraham and they would be wise to do so.

The Chelsea youngster offers something completely different from the other strikers on offer to Southgate. Strong and good in the air, Abraham can be a Plan B for England when their usual options are failing to deliver the goods.