Every summer there are a number of high-profile footballers who become free agents. Yet the number of stars out of contract in 2020 is as surprising as it is rare.

From the Premier League to Serie A, LaLiga to the Bundesliga, a range of household names can walk away from their respective clubs for nothing when the 2019/20 campaign draws to a close.

And as free agents, these players can command bigger salaries and significant signing on bonuses.

Clubs can approach anyone whose contract is expiring in under six months so long as they play outside of that nation to strike a pre-contract agreement and, from June 30, anyone out of contract can move without a transfer fee – so long as they're over the age of 23.

There are hundreds of players who'll become free agents this summer, here are some of the most high-profile… 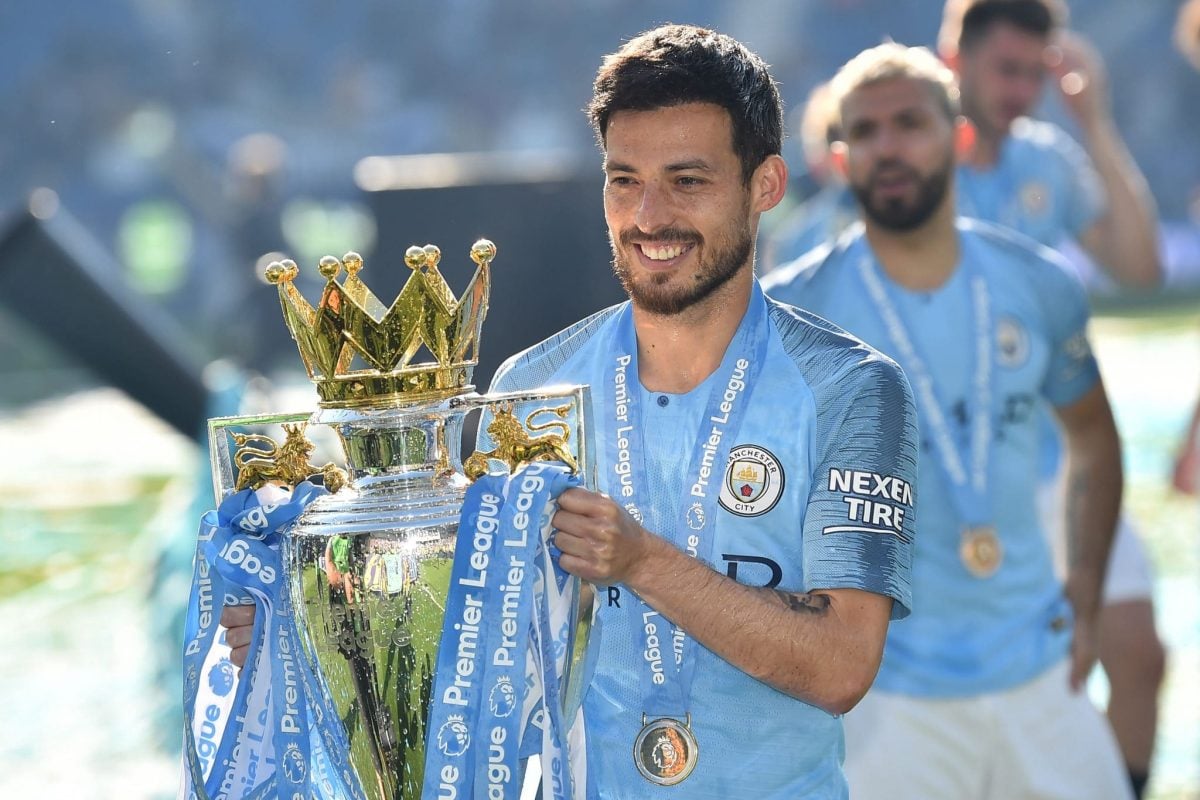 The Spanish midfielder remains one of the Premier League's most graceful, intelligent and best players. However, Silva has already admitted he is likely to leave Manchester City at the end of the season.

“When I finish my contract with Manchester City I will be 34 years old, at that time I will probably want to do something different,” he said in 2018. “I don't know yet but I won't play for another club in England.”

He will depart the Etihad a legend and, unlike most on this list, wouldn't be taking a step into the unknown. Silva has always maintained he'd like to finish his career in his native Gran Canaria. Expect to see him join Las Palmas ahead of the 2020/21 campaign.

Signed from Barcelona in 2015, the Spanish winger has proven effective for Chelsea. He hasn't, much like Willian, though, been a consistent matchwinner at Stamford Bridge.

It's why he has been used sparingly by Blues boss Frank Lampard this season and, only recently, the Spanish international confirmed his intetnion to leave Stamford Bridge this summer.

The 32-year-old told Cadena Ser: “I’m terminating my contract, but right now it’s not the most important thing, nor have I stopped to think about it.

“The most important thing is for everyone to show solidarity. Whatever happens regarding my future will happen, but right now it’s not important as we don’t even know when we will return to training.

The Brazilian has rediscovered something close to his best form under Frank Lampard at Chelsea this season. In fact, the 31-year-old has become one of the Blues' leaders and has been captain on several occasions – an indication of his standing at Stamford Bridge.

Long linked with Spanish giants Barcelona – Juventus have also shown an interest in the former Shakhtar Donetsk wideman – Chelsea's policy of only handing one-year deals to players over 30 could come back to haunt them.

The Blues went back on that infamous stance last summer to hand David Luiz a multi-year extension. But that was when they were under a transfer embargo and retaining assets was of paramount importance. With Callum Hudson-Odoi and Christian Pulisic representing the future, Willian might want to explore his options abroad.

The Bournemouth winger was widely regarded as one of the best players outside the Premier League's top six at the start of this season. But the Scot has struggled to replicate his flying form of the last couple of seasons and has found himself relegated to bit-part player in the Cherries' battle for survival.

Reports of interest from Arsenal were not uncommon prior to this season with the 25-year-old – Fraser turns 26 in February – offering a direct and pacey alternative to the Gunners' inside forwards.

This week, fresh reports have emerged claiming Manchester United attempted to sign the diminutive Scottish international in January. If Fraser is to leave the South Coast this summer, you can expect a host of top-half sides to be taking a keen interest, even off the back of a difficult season.

Tottenham Hotspur have already secured one half of their long-standing central defensive partnership with countryman Toby Alderweireld inking a new agreement earlier this season. But Vertonghen's future remains up in the air.

Now 32, the former Ajax defender remains one of the best in the Premier League, despite reacting badly to being hooked against Southampton in the FA Cup. His agent later said Vertonghen “still wants to achieve great things” with Spurs.

However, there have been plenty of rumours linking Vertonghen with a move away from North London and a potential reunion with ex-Spurs team-mate Christian Eriksen at Inter. Napoli and Ajax are also said to be interested.

When the Italian's current contract comes to an end, he will be 35 years old. However, that doesn't mean Chiellini still has several years left at the top, just look at teammate Andrea Barzagli, for example.

It's difficult to see the centre-back anywhere else but Juventus in the twilight of his career. But that is what many thought about Gianluigi Buffon who opted to quit the club for Paris Saint-Germain last summer.

If Chiellini does decide to leave Juventus in the summer of 2020, he wouldn't be short of potential suitors.

One of the most in-demand free agents on the market, Mertens looks set to walk out on Napoli after seven goal-laden seasons when his contract expires this summer. He will be irreplaceable.

The diminutive attacker arrived from PSV as a wide forward but has transitioned into one of the best false nines in European football. The 2016/17 campaign was his piece de resistance, netting an incredible 34 goals from just 46 appearances.

He's recently surpassed the 115 goals Napoli legend Diego Maradona scored during his time the Stadio San Paolo. Interest from the Chinese Super League has been followed by links with Atlético Madrid, Internazionale, Milan, Juventus and, most recently, Chelsea.

The Spanish forward has never quite been the star of the show at Napoli but with 79 strikes in seven seasons for the Partenopei, he should not be short of interest if he becomes a free agent.

Now 32, the five-time Spain international would provide versatility – he can play on the flanks or through the middle – as well as pace and goals to any prospective buyer.

This summer looks set to mark the end of an era at Napoli as the great side of Carlo Ancelotti and Maurizio Sarri is broken up. A return to Spain looks likely with former club Espanyol one potential destination. Everton, now coached by Ancelotti, have inevitably been linked too.

Surprise package Lazio are among the leading contenders to sign out-of-contract Milan midfielder Bonaventura when he becomes a free agent this summer, according to reports.

The 30-year-old is one of Milan's older heads and the Rossoneri are not expected to re-sign a player who has been far from a regular at the time of writing. Indeed, the Serie A side have been trying to reduce the average age of their squad and lower the wage bill for some time.

We will have to wait until the summer to see if Edinson Cavani is the man to continue Atleti's tradition. ??? pic.twitter.com/StIj2ojspw

Having finally grown tired at being left out of the side in favour of PSG's Quatres Fantastiques, Cavani declared his intention to leave the French capital in January with sporting director Leonardo and coach Tuchel begrudgingly respecting his decision.

However, a move did not materialise and he will instead become a free agent in June after seven years with the Ligue 1 giants. Atlético Madrid were thought to be closest to El Matador but could not agree on a price with les Parisiens for their all-time leading goalscorer of 198 goals.

Former club Napoli have also shown an interest – and could have a vacancy up top if the aforementioned Mertens leaves – while Chelsea and Manchester United are keen.

The 28-year-old Belgian full-back might not belong in Paris Saint-Germain‘s clutch of world-class superstars but he remains an integral part of Thomas Tuchel's side and the only senior right-back available to the German following Dani Alves' exit last summer.

Meunier has made his intention to leave the Parc des Princes clear for some time now and has been linked with moves to the Premier League and Italy with Juventus, kings of the free transfer, just one of the interested parties.

In January, Manchester United reportedly ‘identified' Meunier as the man to replace Ashley Young following his switch to Internazionale. The Red Devils were linked with plenty of players but this was one of the few links which made sense. They will have to act quickly.

The Brazilian centre-back and PSG captain remains a consistent performer in defence. Yet Silva accepts his time at the club will be up when his contract ends in 2020.

“I must continue to work hard to help my team-mates,” he explained in 2018. “Competition always exists in football. All things said. I have two years left on my contract and after that, I will hand over to somebody else.”

Silva will be 35 years old when his deal comes to an end and it's likely he will head back to his native Brazil. However, there would be several clubs in Europe willing to give the defender a swansong season. 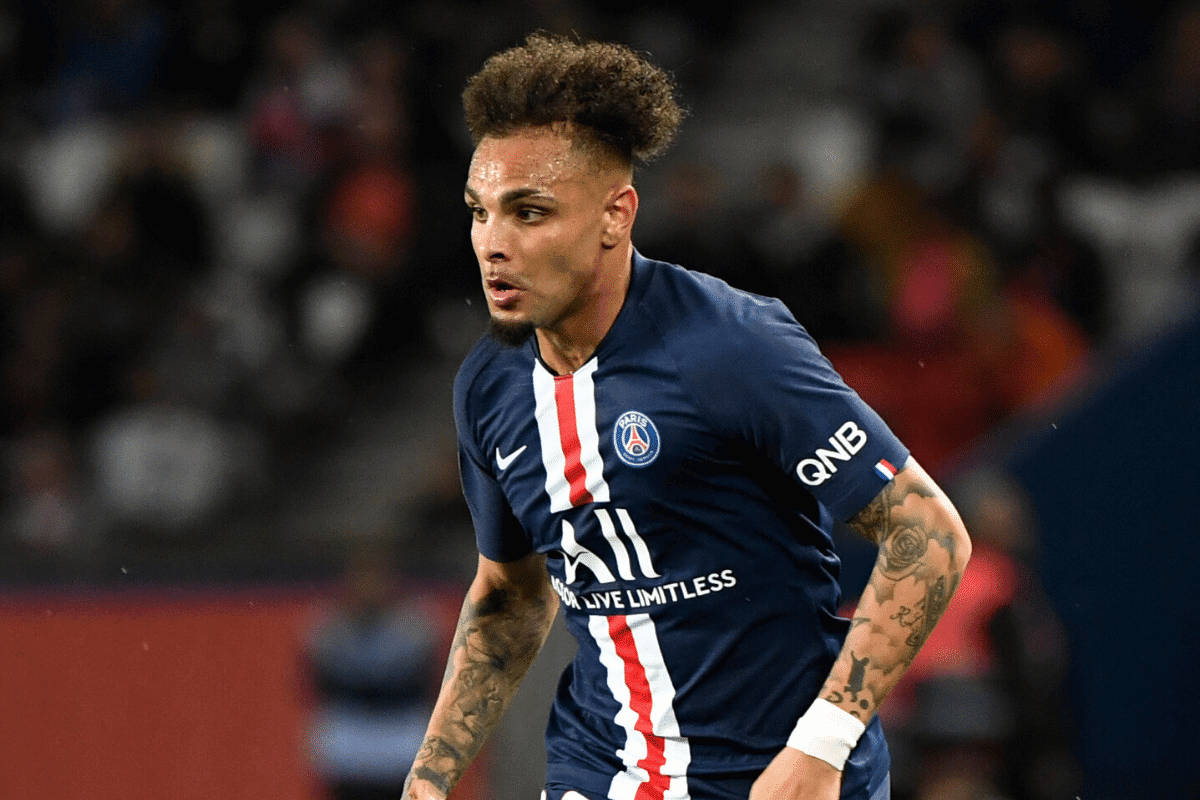 Another who will exit the Parc des Princes this summer is left-back Kurzawa. The 27-year-old had looked set to cross the channel and join Arsenal in January but the two clubs could not agree a free.

Various reports have since claimed Kurzawa, who has 13 French caps, could still sign for the Gunners as a free agent. However, by that point Arsenal should have Kieran Tierney back from injury, as well as Sead Kolašinac and winger-cum-left-back Bukayo Saka. So Kurzawa might have to look elsewhere.

Once touted as the “German Messi”, Götze was seemingly set for stardom after joining Bayern Munich and then, a year later, scoring the goal which clinched the World Cup for his country.

However, due to a metabolic illness, the creative midfielder has struggled for top form since that goal against Argentina in 2014. Götze is now back at Dortmund, where his career began, but he is no longer a regular starter.

However, Dortmund CEO, Michael Zorc, says BVB would like to keep the 26-year-old at the club beyond 2020. “We'll sit down together in due course,” Zorc told Kicker in February.

Jürgen Klopp's unforgettably brilliant Borussia Dortmund team are becoming a distant memory. Now 34, Polish international Piszczek was another staple of that side and has gradually been phased out with Real Madrid loanee Achraf Hakimi BVB's first-choice right-back this season.

A veteran of almost ten years service in Dortmund, after signing from Hertha Berlin in 2010, Piszczek might still remain at the Westfalenstadion as undetstudy to whoever replaces Hakimi, who is set to return to the Santiago Bernabéu.