The first game in the upcoming La Liga round is the Osasuna vs Granada duel scheduled for Friday. With that in mind, check our preview of the match and our free betting tips:

Our favourite Osasuna vs Granada predictions and picks

If you are looking for the best La Liga betting tips, we've got you covered right here. So, check our top betting tips for the Osasuna vs Granada duel:

In the last five head-to-head matches between these two teams, Granada has three wins, Osasuna two. However, things are pretty different this season since Osasuna is in great form and fifth in the standings, while Granada has struggled to stay out of the relegation zone with six points from eight games. That being said, Granada managed to beat Sevilla in the last round and they kept Barcelona to a draw a few rounds back. Still, Osasuna is pretty high on confidence right now, so our prediction is for home team to win this game.

Although we've only seen two of the previous five meetings between Osasuna and Granada end with three goals or more, we expect this to happen in their upcoming duel. The main reason for this is Osasuna and their offensive style, thanks to which the team has the second-best average in the league when it comes to goals per game – 2.78. Meanwhile, Granada averaged 2.25 goals per game so far in La Liga.

Once again, the recent h2h history between Osasuna and Granada doesn't support our prediction since only one of their last five duels ended with both teams scoring. However, both teams have scored in 56% of all Osasuna matches in La Liga this season, as well as 50% of all Granada games in the league so far. So, we expect both teams to score in this game as well.

The top odds and helpful stats for Osasuna vs Granada

If you are want to bet on the latest odds and stats for Osasuna vs Granada, we have them right here for you to check out:

Osasuna vs Granada preview: Can Osasuna keep the run going?

After the first nine rounds, Osasuna is sitting in the fifth place in the standings in La Liga. The team has been on fire to start the season, with five wins, two draws, and two losses. Granted, the team didn't have a very difficult schedule, but they did have a few impressive results, like their away win over Villarreal in the last round. Budimir, Garcia, Hernandez, and Ramalho are injured and out of the upcoming game.

The team that reached the quarter-finals in Europa League last season didn't have the best start of the new season in La Liga, failing to win in the first seven matches. However, things looked a bit better recently for Granada, especially after they finally got their win by beating Sevilla in the previous round. Overall, Granada has one win, three draws, and four losses in the first eight matches in the league, leaving them just barely above the relegation zone at the moment. Eteki and Lozano are the only players on the club's injury list right now. 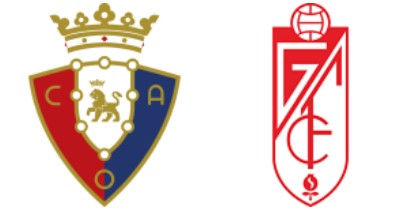