Orland Pirates hosts Maritzburg United on Tuesday 24th May 2022 in a fixture that could see the hosts edge closer to the top five. The visitors are 12th on the Premiership table and only five points above the relegation playoff. We have more details about this game, including free predictions.

Orland Pirates never lost to Maritzburg in the last 11 meetings. Notably, the visitors have defeated Orlando Pirates only twice in the last 20 duels while Orland bagged 11 wins and 7 games ended square. Our free three predictions for this first encounter of 2022 are:

Both Orlando Pirates and Maritzburg haven’t been scoring lots of goals in the current season. For example, Orlando scored only one goal in the last five outings. Moreover, the hosts bagged four clean sheets during that run. On the flip-side, Maritzburg scored four goals in their last five games and had three clean sheets within that duration. These impressive defensive records and poor scoring run are clear signs that this could be another low scoring game. Notably, 8 of the last 10 meetings had fewer than three goals.

We expect home win in this game. Orlando Pirates have a chance to move just three points short of top three. They have dominated this game previously and will likely extend their unbeaten run against the visitors to 12 games. We are backing a hard-fought victory for the hosts.

Before placing your bet on this DStv Premiership game, read the team previews below.

Orlando Pirates are seventh on the DStv Premiership table. They are six points shy of the fifth spot, a position that should qualify the hosts for CAF Confederations Cup next season. Moreover, Orlando has three games in hand given that fourth-placed Kaizer Chiefs are played 20 games. While that should mean more chances for the hosts, every point counts with just a few games left before the season closes.

Maritzburg has played 29 games, two more than Orlando Pirates. And with just five points above the relegation playoff spot and only a game left to play, the visitors have no little ambition in this trip. A win or loss will be inconsequential and defeating Orlando after failing to do so in the last 11 games will not be easy.

Here are the best odds, the latest stats and H2H details for this game. 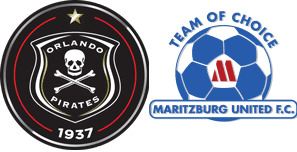 Which stadium is the match venue?

What is the kick off time for this match?

When is Orland Pirates vs Maritzburg gaming taking place?