Orlando City fans on their way to Saturday's season opener made roughly the same journey they’ve been making for the past two years. They headed in their droves into the downtown district of the city, but instead of walking to the Camping World Stadium they strolled a couple blocks down West Church Street. This is where their new home is, and what a home it is.

Major League Soccer has made great strides over the past decade or so in the construction of soccer-specific stadiums, as they are dubbed to differentiate them from the cavernous and soulless NFL and baseball stadiums North American clubs were forced to play in for years. There are now 14 such venues in MLS, with Orlando’s new ground the latest. It may well be the best of the lot.

Designed in consultation with the club’s fans, this is a stadium with a deep connection to its public. Orlando City now boast the first safe-standing area, nicknamed ‘The Wall’ in homage to Borussia Dortmund’s famous ‘Yellow Wall,’ with each rail equipped with cup holders, as per the recommendation of the supporters. Modern conveniences are in abundance, with the stadium also covered by a high-speed wi-fi network and food and drink outlets catering to local cultures. 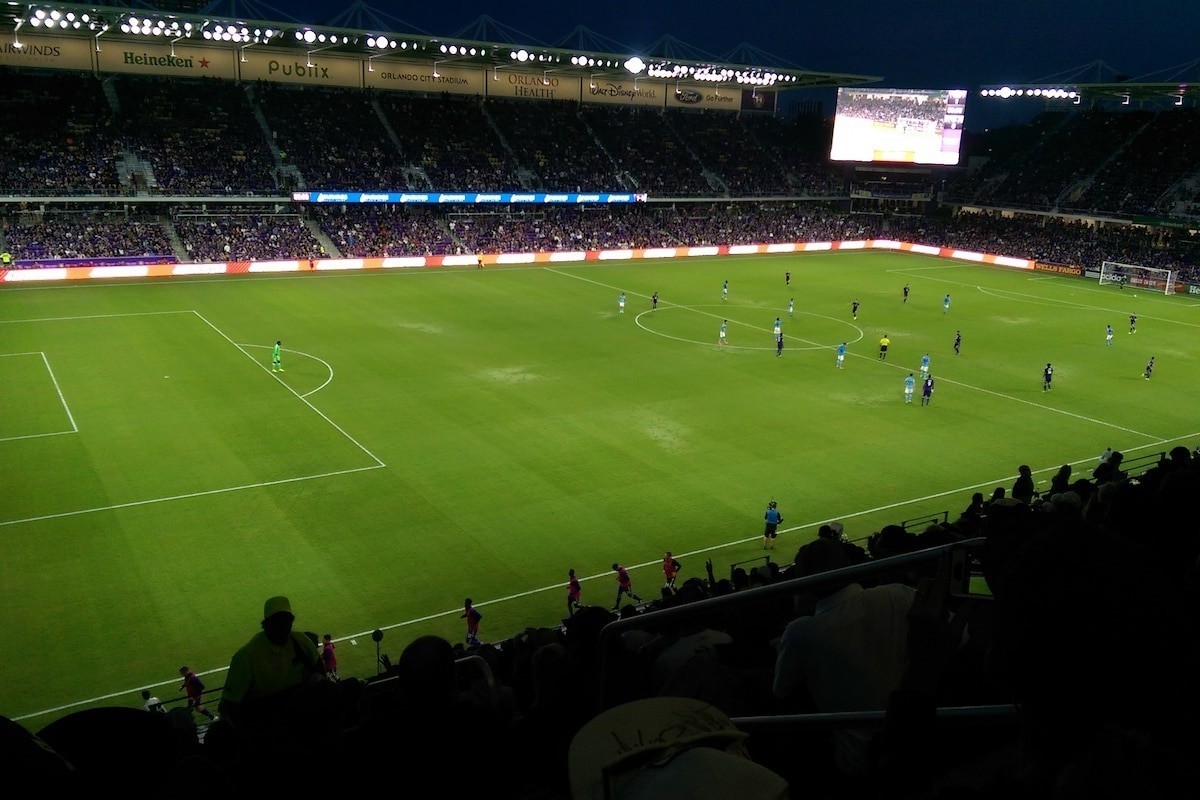 Every seat is also covered by a roof specially designed not just to keep out the sometimes temperamental Floridian weather but also keep in the noise and atmosphere of Orlando’s most vocal support. That might not seem so significant, but having spent so long at the uncovered Citrus Bowl shelter is a welcome addition to the club’s match-going experience.

But moving into a new stadium is about much more than just plush new surroundings and cup holders for Orlando and their supporters. It’s about finally finding a home, somewhere to call their own. That is something we can all relate to.

“As a long time American soccer fan it has been a slow march towards legitimacy here in the United States,” said Orlando City fan and blogger Kevin Mercer after Saturday’s opening day win over New York City FC. “Having watched so many games in stadiums not built for soccer it has been a challenge. To have a downtown stadium in the heart of the city, close to transportation hubs, and the social centre of the city means soccer can become a part of the fabric of my city.

“The stadium itself feels like any stadium I've been to in Germany or England with an atmosphere that I'd argue might be a little more South American than European, but still a nice blending of soccer cultures to create something uniquely American.” 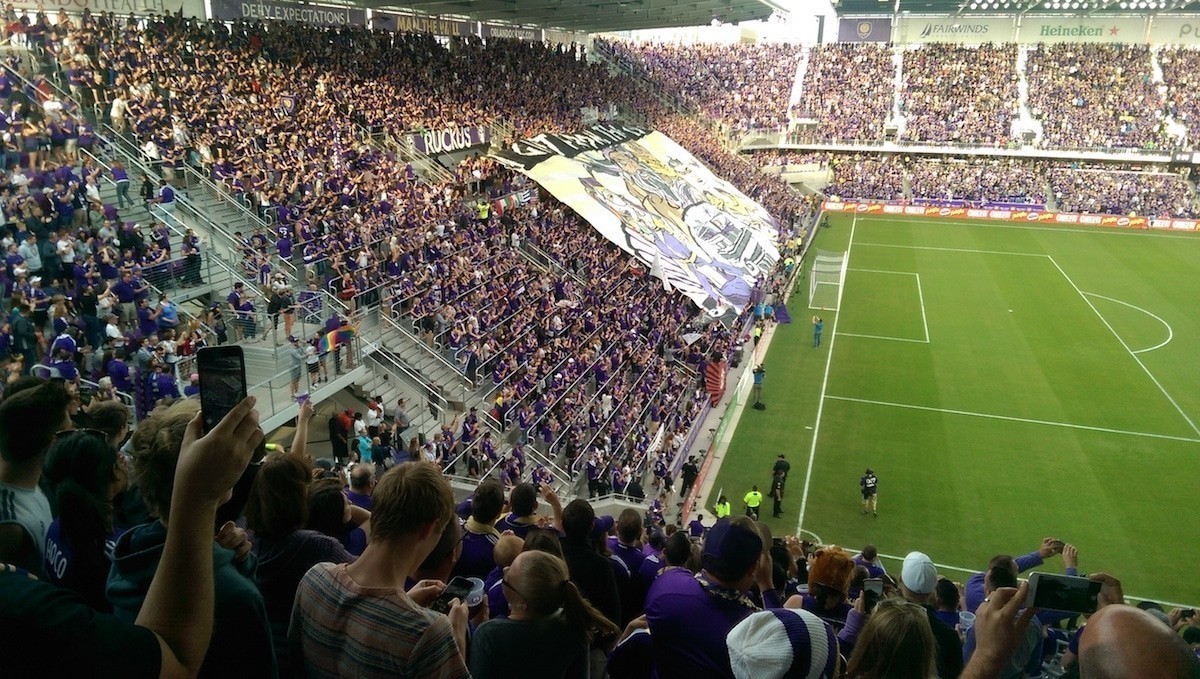 Indeed, the atmosphere inside the new ground reflects the convergence of cultures and nationalities that make up the City support. The club’s new stadium harnesses that, making a trip to Central Florida unlike anything else in the league. That is perhaps the greatest accomplishment of the stadium’s construction — it has given Orlando a distinct identity as a club, or at the very lest underlined it.

“To the club, it means direct and expanded control over their game day revenues, and centralised command center in management of all three teams (in MLS, USL and NWSL),”says Shaun Gurd of the City Soccer Talk podcast. “For the fans, it means a place they can call their own, improved sight lines, movement closer to the field and an experience built with their interests in mind. The sense of ownership among the fans is hard to explain, but there is a sense of pride for them to be part of it.”

Located in the heart of the city, Orlando City Stadium’s links with its community is geographical, but it also comes with an emotional tie-in to its surroundings, highlighted by the inclusion of 49 rainbow-coloured seats in Section 12 of the stadium honour of the 2016 Pulse nightclub shooting victims.

“Orlando City took steps to both help the city connect and heal after the tragedy,” says Mercer, referring to the tributes paid to the victims by the club in the immediate aftermath of the tragedy last year. “Orlando’s soccer community is a diverse place, with people from all kinds of backgrounds, different soccer heritages, different political leanings, but at the end of the day we all enjoy coming together to support the club that has done everything from the beginning to represent the city. Having a standing memorial to the worst tragedy to hit our city only adds to the club's and supporter's ideas of inclusiveness.” 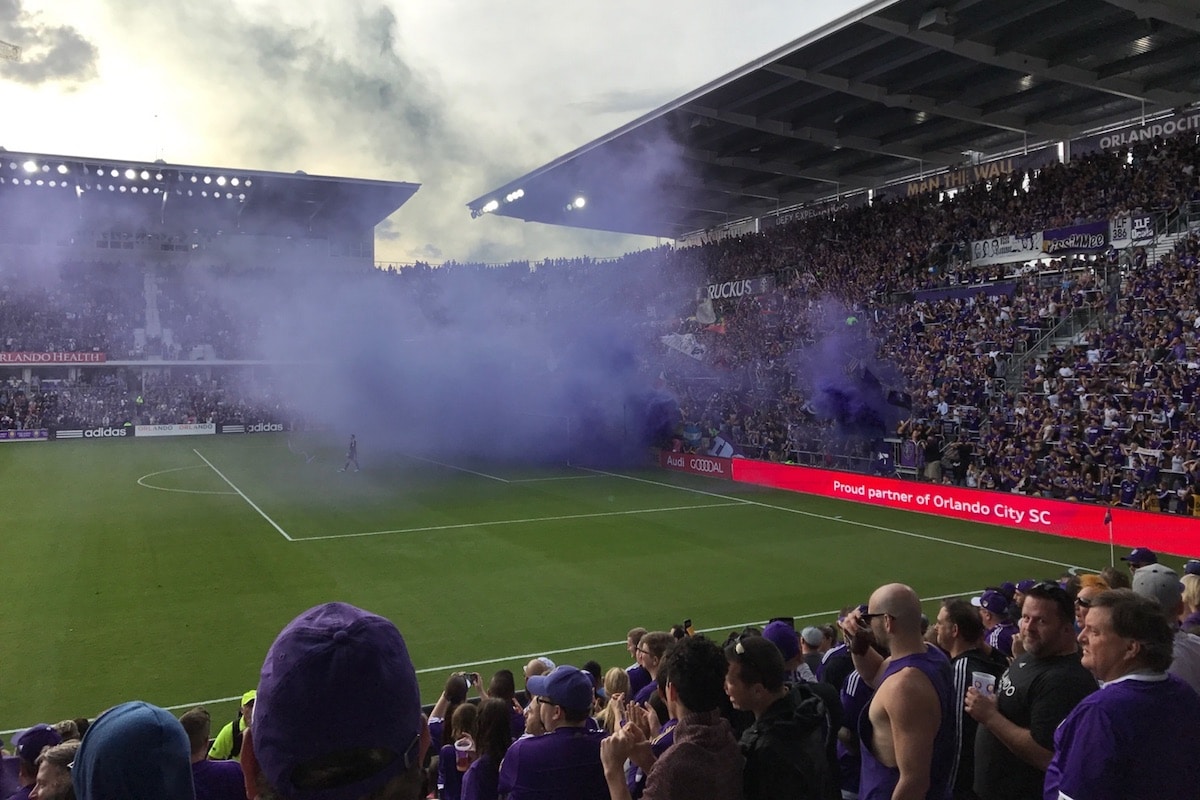 It’s just another thing which means Orlando’s new stadium reflects its fans and community better than any other venue in MLS. Stadiums like BMO Field, Sporting Park, Red Bull Arena, Avaya Stadium and the still under construction Mercedes-Benz Stadium have upped the game in MLS, with a number of clubs now boasting homes worthy of any league anywhere.

Orlando City Stadium might have set a new precedent, taking supporter-input just as seriously as state-of-the-art innovation. This, for MLS and football in general, is the way forward.

KEEPING SEBASTIAN GIOVINCO IS THE BEST STATEMENT OF INTENT IN MLS