Unless something rather dramatic happens, there is going to be a Granit Xhaka-shaped hole in the Arsenal squad that will need filling come January.

The midfielder was stripped of the club captaincy earlier this month after he rather unadvisedly told Gunners supporters who cheered his substitution against Crystal Palace to ‘f**k off'.

Xhaka hasn't played for Arsenal since and is set to be offloaded when the transfer window reopens. According to reports in Italy, Milan is the Switzerland international's likely destination and he has supposedly viewed properties in the city ahead of a potential move.

Gunners fans will not mourn Xhaka's departure. The 27-year-old has never truly convinced since his move from Borussia Mönchengladbach in 2016 and his constant inclusion in the starting XI has been viewed as a sign of the North London club's decline.

But Xhaka will need to be replaced and, according to Belgian outlet HLN, Arsenal already have a first-choice target. Step forward, Orel Mangala.

The 21-year-old's name won't be known to many, largely because he has made just 20 top-flight appearances in his career. But the young midfielder is yet another burgeoning talent to emerge from Belgian football.

Mangala spent his formative years in Anderlecht's academy and his quick feet and intelligent passing quickly attracted admirers from across Europe. His reputation was then enhanced at the Under-17 World Cup in 2015 when he helped Belgium to a third-place finish.

Borussia Dortmund made a move soon after. In the summer of 2016, the Bundesliga giants signed Mangala on an initial season-long loan deal which included the option to buy.

Mangala became a mainstay of the under-19 side which won the 2016/17 German Championship but BVB opted against signing him permanently. However, VfB Stuttgart, fresh from clinching promotion back to the Bundesliga, had seen enough and signed the then 19-year-old.

“Orel is a well-educated and very ambitious player,” Jan Schindelmeiser, then Stuttgart sporting director, said. “He can operate in midfield in the defensive or attacking positions and has all the necessary qualities to establish himself in the Bundesliga step-by-step.”

Mangala went straight into Die Roten's starting XI but struggled to impose himself. Played as part of a midfield two in a 5-4-1 system, he lacked the experience to dictate games and was eventually taken out of the side. He made only one start after October and that came on the final day of the campaign. 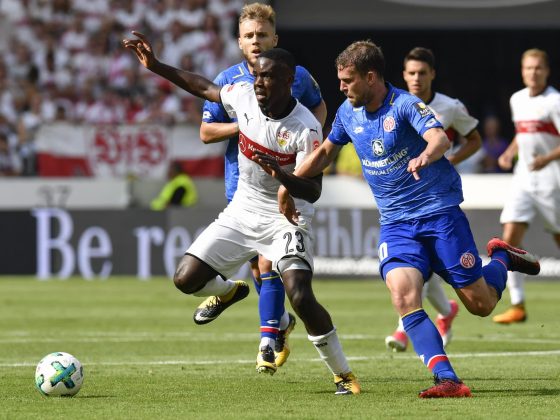 Stuttgart decided Mangala required a loan spell. He needed to adapt to the rigours of senior football and so he joined Hamburg in the summer of 2018.

Relegated for the first time in their history, there were huge expectations placed on the Die Rothosen squad. Ultimately they came up short, finishing fourth in Bundesliga.2.

Mangala, however, got the experience he needed. He played 34 games in all competitions for the German giants and proved himself to Stuttgart. It was timely, too, as the club were relegated from the Bundesliga after they lost in the play-off to Union Berlin.

Yet his performances for Hamburg had not gone unnoticed. Lyon were interested in the midfielder and submitted a reported £10million bid. L'Equipe also claimed Roma and Arsenal were interested.

Mangala, however, opted to sign a new contract with Stuttgart. “Orel is very far ahead for his age,” said the club's head of sport, Thomas Hitzlsperger, in August. “If he maintains his progression and stays healthy, there are hardly any limits for him.”

The Belgium under-21 international has become a key part of the side this season under Tim Walter. He has played in all but two matches – he missed games against St. Pauli and Erzgebirge Aue due to injury – and has helped Stuttgart to third in the table after 13 matches.

Unsurprisingly, the number of clubs interested in the young midfielder has grown. Arsenal, Roma and Lyon continued to be linked but Marseille, Lille and Fenerbahçe are also now in the race. 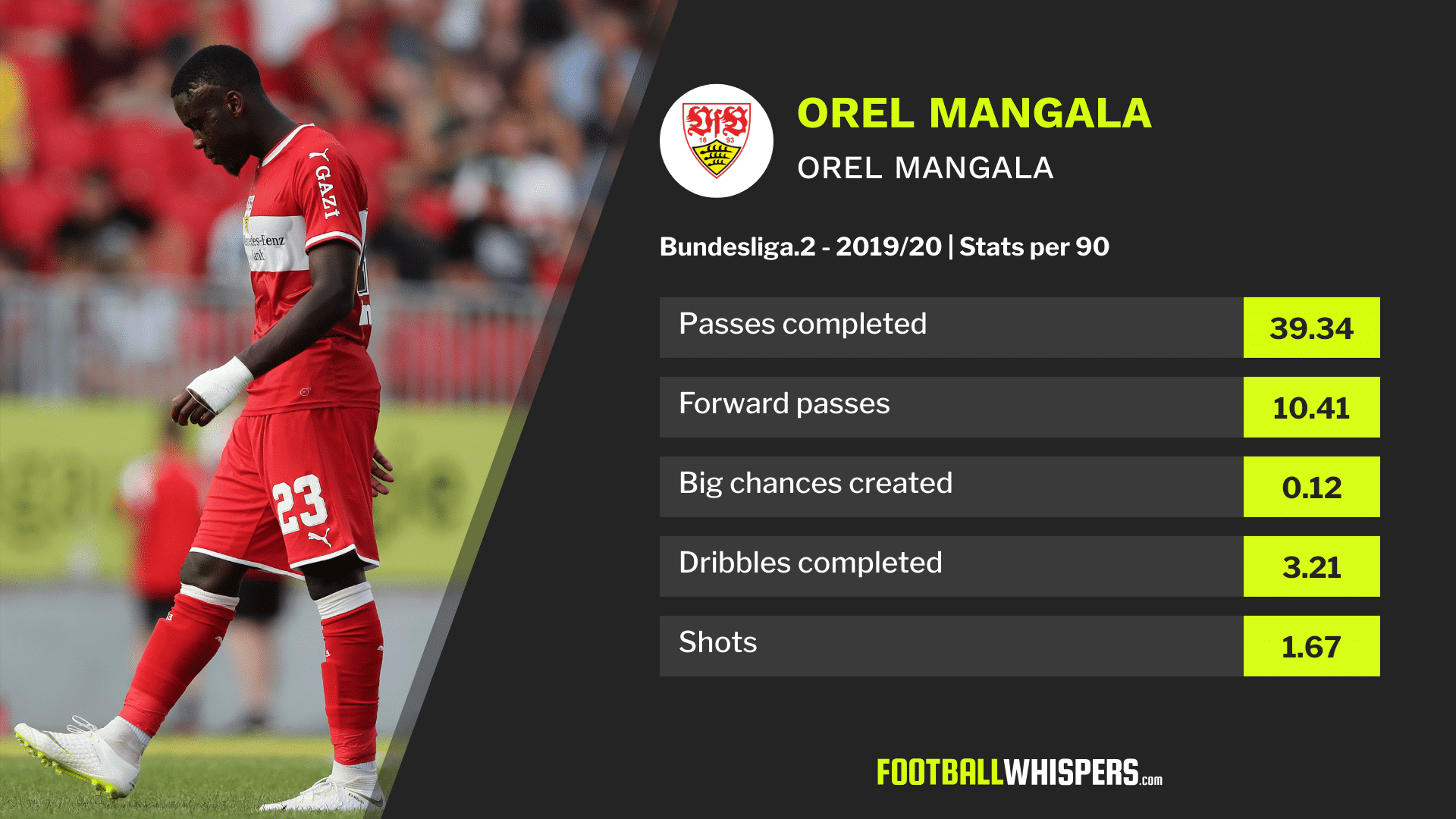 So what would the Gunners be getting if they made a move for Mangala? Well, he is not exactly a like-for-like Xhaka replacement. Mangala is far more dynamic on the ball than the Swiss and is able to escape from the tightest spaces when in possession.

This ability, especially from deeper areas, is similar to that of Chelsea‘s Mateo Kovačić. The Croatian has broken through countless presses this season thanks to his close control and turn of pace.

Mangala has done the same for Stuttgart. He has attempted 3.98 dribbles per 90 in Bundesliga 2 this term, the eighth-most of any midfielder, and has completed 3.21 per 90, a figure bettered by only three of his peers. He can turn defence into attack in an instant, it's an invaluable trait to possess.

He's also a progressive passer. No Bundesliga.2 side has seen more of the ball than Stuttgart this season and Mangala has been key to ensuring their possession isn't sterile.

He is completing 39.34 passes per 90, 26.1 of which are in the opposition half – only nine midfielders can better that figure.

Mangala's comfort on the ball makes him versatile and Walter has used him in a number of positions. He has played as the deepest midfielder, on the right and left of a midfield three, been moved into a wide role and even as an emergency wing-back in matches.

His potential is not in doubt but it will take a reported £26million to convince Stuttgart to sell the midfielder in January. It is a steep fee given his relative inexperience, especially at the top level.

For that reason, Arsenal may decide to look elsewhere to find their Xhaka replacement. However, they should continue to monitor Mangala's progress. Come next summer, with a new coach potentially at the helm, he could prove a shrewd addition for the Gunners.