Hammarby take on Swedish Allsvenskan’s bottom club Orebro this weekend. This preview will have a detailed look at this match including the recent form of the two teams, availability of players, and other key stats.

Hammarby continued their excellent form with a 5-1 victory over Degerfors in the last match. This was the first victory for the club since the summer break. Meanwhile, Orebro conceded a late goal to Elfsborg and they suffered yet another defeat in the league.

Orebro have been very disappointing throughout the campaign but almost grabbed something from the recent against Elfsborg. Hammarby are unlikely to offer any sympathy for Orebro’s position and they might runout as another big winners based on their recent performance against Degerfors. Hammarby have also dominated in the head-to-head meetings against this outfit with five wins in six.

The domination of Hammarby against Orebro has not been just in terms of victories. They have also been able to claim 16 goals in just six matches against Orebro. The record is likely to continue with Orebro shipping goals at an alarming rate. Vitor Gazimba’s team have let in 21 goals from the 10 matches. Just based on the poor defence of the home team, this game could see over 2.5 goals.

Highest goals in the second half

Hammarby have scored the majority of their six goals – since the restart – in the second half of matches. Vitor Gazimba’s team are on a low after conceding late against Elfsborg and it is signifying the defensive problems for the team – especially in the second half.

Top Betting Odds and Stats for Orebro vs Hammarby

Vitor Gazimba’s team are rooted to the bottom of the league table and their recent performances do not suggest an immediate upturn in results. The team are on a four-game losing sequence and the shock win over Hacken in the middle of May is the only success for the team for a while. There are no injury worries for the team.

Hammarby are in line to jump into fourth place by the end of this weekend if other results go their way. The team has quickly recovered from a mediocre finish to the first section of the campaign. The draws against Djurgarden and Halmstad will quickly be forgotten if the team managed back-to-back wins in the league.

Orebro vs Hammarby: Questions and Doubts 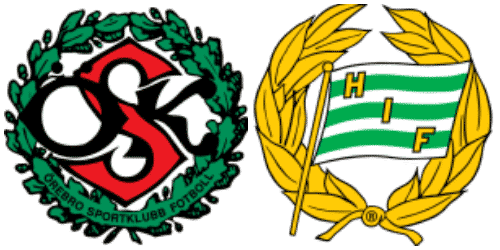 Where is the match scheduled? Behrn Arena

Which team is the favourite to win? Hammarby