Orebro are at home to AIK this weekend in the Swedish Allsvenskan. This preview will provide complete coverage of recent form, injury news, and other information to help punters make better picks.

Orebro remained at the bottom of the table following a 2-0 loss against Hammarby. AIK were able to get back-to-back league wins after beating Kalmar with a 2-0 result.

AIK to win the game

AIK have picked up back-to-back wins but their away form needs to make a significant up move. This could finally happen in a game against strugglers Orebro, who are stuck to the bottom of the table following five consecutive defeats. One of the few positives for Orebro is that they have not been overwhelmed by opposition during this run. Even then, AIK have the momentum and confidence required for a victory.

AIK have been taking measured approaches in recent weeks and the club were rewarded with a first clean sheet in five matches when they managed a blank against Kalmar. AIK are up against an outfit who have not scored in three out of the last five matches. There is a strong likelihood of a clean sheet for the visitors.

The recent loss against Hammarby made end up summing up the entire campaign of Orebro, who had just one shot on target in the game despite having more than 50% of the ball. The team has not conceded too many goals with the likes of Varberg not too far behind into the defensive record. In recent weeks, Orebro have conceded 23 goals in 11 games.

AIK are aiming to get into the top three places if results go their way this weekend. The team are just two points behind Elfsborg while having played a game more. The basis of the team in recent in counter-attack. There are no fitness issues for Bartosz Grzelak.

Questions about Orebro vs AIK 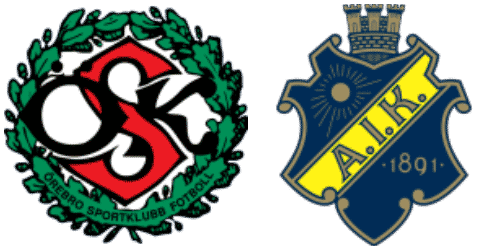 Where is the match scheduled? Behrn Arena

Which team is the favourite to win? AIK Solna