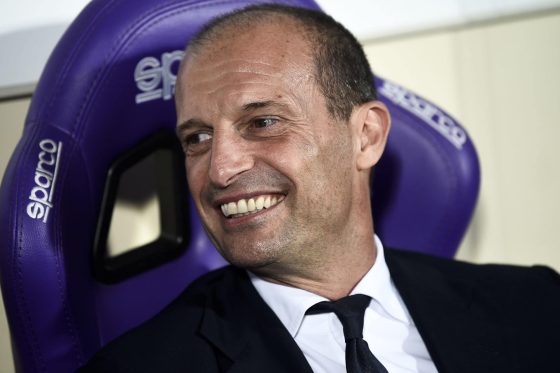 Juventus have a huge summer ahead. The European giants have lost their shine in recent years, but are now looking to build their way back to the top of Italian football.

Perhaps the most revealing statistic of the club’s current situation involves their Serie A status. The Old Lady clinched the league title an incredible nine seasons in a row between 2011/12 and 2019/20. In the two seasons since, they have had to settle for fourth spot.

They have certainly fallen from their perch, and have been forced to watch on as Inter and Milan regained their crowns after more than a decade each without a league title. I Bianconeri, however, remain well ahead in the all-time Scudetto list with 36, miles ahead of both Milan clubs, who are level on 19 after their wins over the last two campaigns.

The 2020/21 campaign saw Juventus finish 13 points behind winners Inter, with the recent campaign involving a 16-point gap between Juventus in fourth and Milan in first.

More worrying, perhaps, is the club’s European standing. The Italian outfit made it to the quarter-finals of the Champions League in 2017/18 and 2018/19, following a memorable trip all the way to the final in 2016/17. But the three campaigns since have been largely forgetful, with the Serie A side failing to make it past the Round of 16 every time.

It can’t all, of course, be pinned on one man, but the loss of Cristiano Ronaldo has undoubtedly caused a huge dent in the club’s fortunes. His presence both on and off the pitch did wonders for the team, and they have struggled without him since his return to England.

Out with the old, in with the new

Many clubs are seemingly taking their time with their transfer business this summer, while others are keen to get it out of the way as soon as possible. Aston Villa can relate to the latter, with Steven Gerrard already making some key signings.

The same can be said for Juventus, but this time in the other direction. The Old Lady are not hanging around when it comes to letting legendary players leave, with both Giorgio Chiellini and Paulo Dybala exiting the club in recent weeks upon the expiry of their contracts. 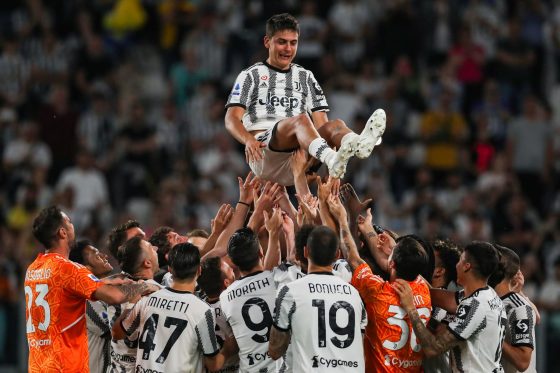 But the Italian side didn’t wait until the summer to shape for the future, with duo Rodrigo Bentancur and Dejan Kulusevski allowed to leave for Tottenham Hotspur in January. The latter looks set to join permanently amid his loan spell in London.

Wales midfielder Aaron Ramsey is another who was allowed to leave temporarily earlier this year. Ramsey may not have had the most enjoyable spell in Scotland, but it’s highly unlikely that he’ll get a chance to prove himself in Turin next season.

It wasn’t all exits in January, with both Dusan Vlahovic and Denis Zakaria arriving from Fiorentina and Borussia Monchengladbach respectively.

The former couldn’t quite repeat his heroics from his former club, but then again, such a feat would have been impossible, given just how often he was finding the net in the early stages of the season.

The latter meanwhile had a campaign disrupted by injury but looks set to be a key player in the heart of midfield in the years to come. As does fellow midfielder Manuel Locatelli, who is enjoying life on his two-year loan spell from Sassuolo.

But perhaps the most important bit of business on the incoming side of things is the permanent signature of Federico Chiesa. The winger – who also struggled with injuries this season – has been brought in permanently following a two-year loan deal from Fiorentina.

Who else will Juventus look to bring in?

The biggest name being linked with a move to Juventus this summer is, of course, Manchester United midfielder Paul Pogba. The French international spent four years at Juventus between 2012 and 2016, and could now make a return to Turin after a tough spell back at Old Trafford.

But French giants PSG are also reportedly interested in his signature. Pogba seemingly couldn’t quite get it 100% right in England, but previous displays in black and white prove that he is more than capable of competing in Italy.

There is another former Man Utd player that Juventus are considering, and that is Argentine star Angel Di Maria. The 34-year-old has left PSG and is now being watched by many top clubs around Europe.

With Kulusevski’s future seemingly away from Piemonte, the Italian outfit will want a similar attacker to fill that gap, and Di Maria may just be that player. The winger has proven himself to be one of the world’s best over the years and most certainly has enough left in the tank to shine for another season or two.

The futures of both Alvaro Morata and Moise Kean meanwhile remain up in the air, with no party quite sure where the strikers will be playing their football next season. And speaking of uncertain futures, midfielders Weston McKennie and Arthur Melo will also be wondering how long they have left in Turin.

How can the Juventus defence be improved?

Goals scored was definitely one of the major issues for Juventus last time out. They found the net 57 times, with 10 other clubs incredibly outscoring them. That includes the likes of Sassuolo and Udinese, who finished in 11th and 12th respectively.

Verona, who clinched 8th spot, also managed more goals than The Old Lady. And that was largely thanks to striker Giovanni Simeone, who hit 17 himself, including a brace against Juventus in their first encounter. I Bianconeri are reportedly eyeing the 26-year-old to further reinforce their attacking options.

But, as mentioned, it will be a complete rebuild in Piemonte this summer. And much of that rebuild will focus on improving the defence. The priority may just be keeping hold of centre-back Matthijs De Ligt, who is being monitored by several European clubs.

But Juventus have incoming plans too, with both full-back areas under close examination. Former Chelsea man Juan Cuadrado, who has largely played at right wing-back in Italy, is currently involved in a contract dispute and could be replaced by Udinese right-back Nahuel Molina, as reported by Tuttosport.

Chelsea’s Emerson Palmieri meanwhile is seemingly an option for left-wing-back, but Eintracht Frankfurt’s Filip Kostic remains the number one choice.