If nothing else, the English Premier League is easily the most entertaining division in world football. And there’s arguably nothing quite as thrilling as seeing a new superstar emerge. Sometimes, those heroes continue to dazzle fans for years. But for some, their time in the spotlight remains brief. Welcome to the one-season wonder XI.

Short-lived success can stem from a whole host of reasons including injuries, a change of management or a simple loss of momentum. Not all of the players in our XI faded into football obscurity, but all of them have failed to live up to the expectations gained from their most productive campaigns.

Agree with our selections, or think another one-time Premier League superstar should’ve been included? Post your selection in the comments below. 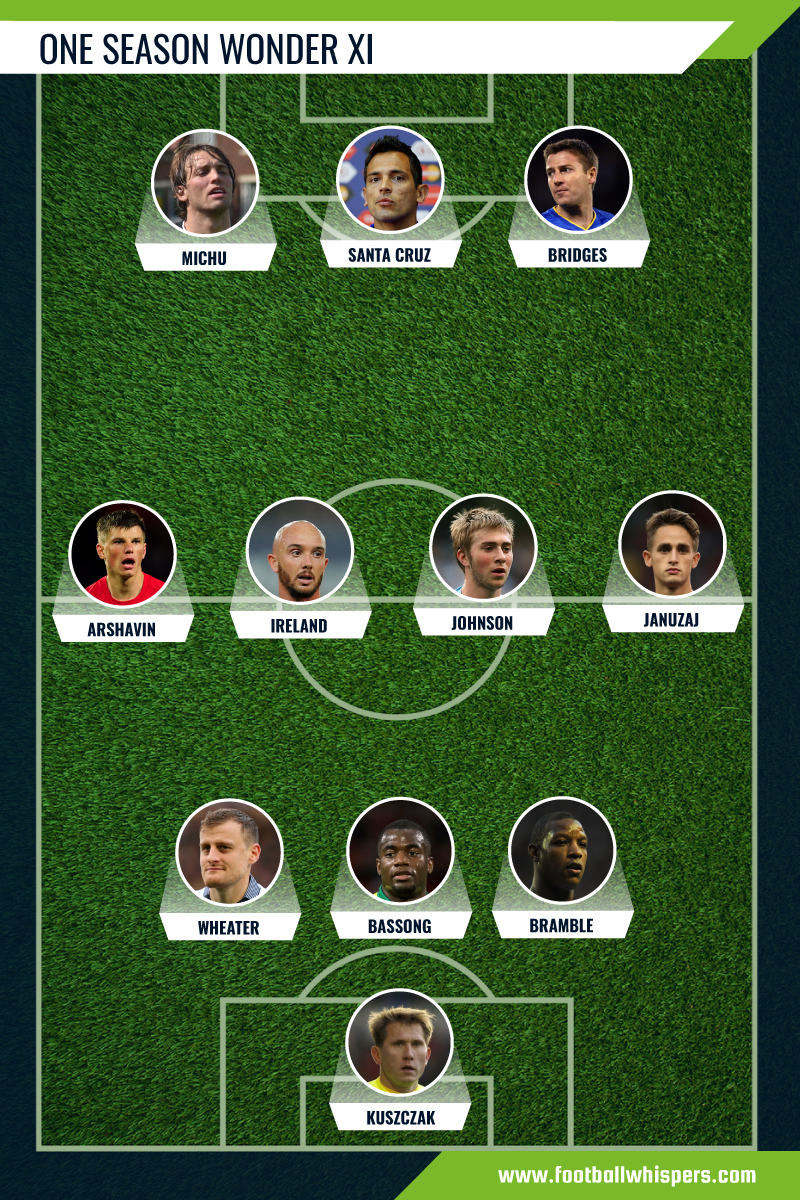 Tomasz Kuszczak’s career in England began in pretty inconspicuous fashion. The Polish goalkeeper made just three league appearances in his debut season at the Hawthorns, but was soon promoted to the first team during the 2005-06 campaign following a serious injury to Chris Kirkland. While the Baggies couldn’t avoid relegation, Kuszczak’s individual displays, which included the Match of the Day Save of the Season, were rewarded with a move to Manchester United.

Unsurprisingly, appearances during his time at Old Trafford were sporadic to say the least. The goalkeeper spent 2011-12 on loan at Watford before joining Brighton & Hove Albion the following summer. He has remained in the Championship ever since.

French defender Sebastien Bassong may have suffered relegation during his first year in England with Newcastle United, but his individual performances were promising enough to land a switch to Tottenham Hotspur. Unfortunately, he never got the chance to prove himself at White Hart Lane – but he did at Norwich City.

Bassong’s Norwich career hasn’t been smooth at all times, but he was a rock throughout the 2012-13 season, playing a starring role as the Canaries surpassed expectations with an 11th-placed finish. The defender was even named the club’s player of the season. Unfortunately, his and Norwich’s form couldn’t be sustained, and relegation followed. His next shot at top flight football also ended relegation in 2015-16. 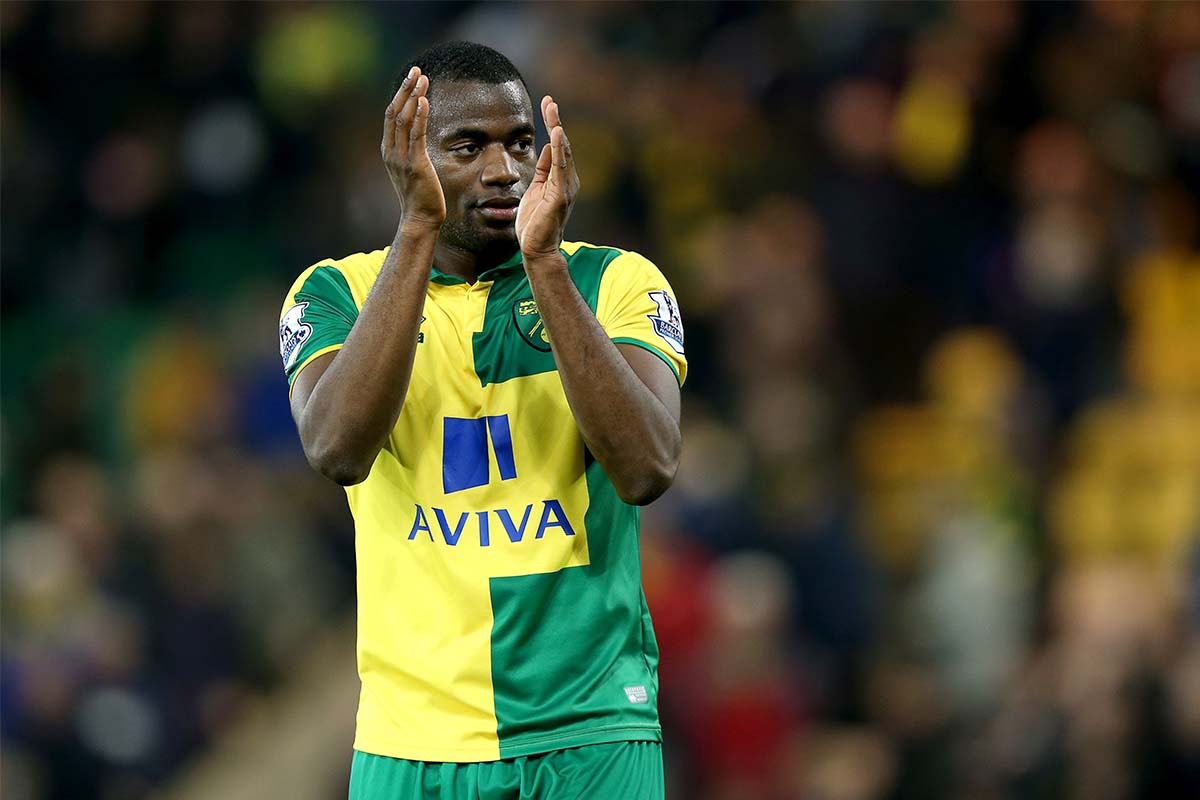 Despite making close to 300 Premier League appearances, Titus Bramble was labelled a liability for the vast majority of his professional career. Occasional brilliance was regularly overshadowed by frequent mistakes throughout spells at Newcastle, Wigan Athletic and Sunderland – which makes it easy to forget that he was brilliant in his maiden Premier League campaign.

Having played just a handful of games ahead of Ipswich Town’s first year back in the Premier League, Bramble was promoted to a regular starting role and played a crucial role as George Burley’s men finished fifth to qualify for Europe. The following campaign saw the Tractor Boys relegated, kickstarting the downward turn that would see the defender fail to ever reach the heights of that 2000-01 season.

Having previously starred for a very strong Middlesbrough youth team, David Wheater became one of English football’s most highly-rated defenders thanks to a stunning breakout season in 2007-08. In fact, his qualities at the heart of Gareth Southgate’s team caught the attention of the national team while his status at the Riverside played a key role in Jonathan Woodgate’s subsequent sale to rivals Newcastle.

Unfortunately, Wheater and Boro suffered a far worse 2008-09 and were relegated. The defender did get a second shot at the Premier League with Bolton Wanderers, but struggled to match the performances of that one fantastic year that had seen him crowned the North East Football Writers’ Association Player of the Year. Now 29, Wheater is still at Bolton, playing in League One.

At 21 years of age, it might be a little premature to write Adnan Januzaj off as a one season wonder. On the other hand, it’s extremely difficult to see how the now-Sunderland loanee will ever reach the heights forecast throughout his impressive breakout season of 2013-14.

The youngster was the one sparkling light in an otherwise awful campaign under David Moyes, which resulted in a fierce battle for his services at both international and club level. In hindsight, they needn’t have bothered as Januzaj has failed to deliver on the hype at Old Trafford, Borussia Dortmund and Sunderland. 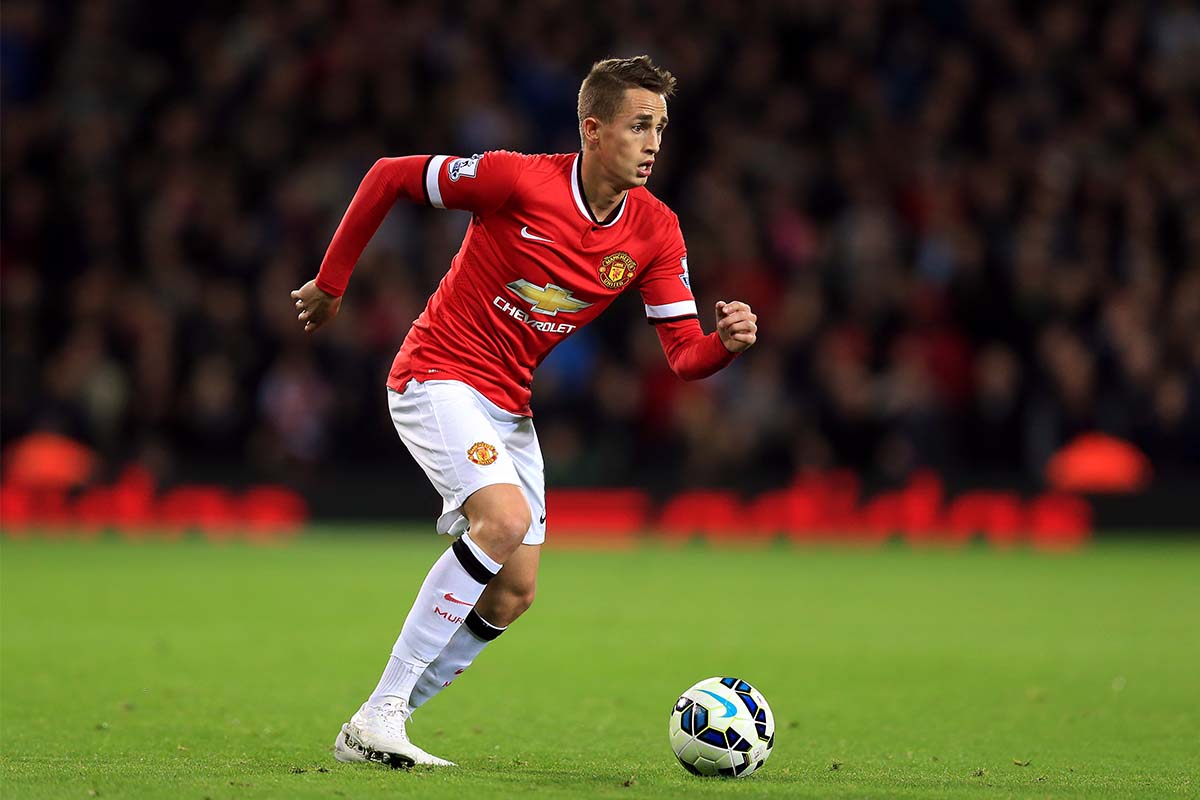 Having dipped his toes into the water in 2006-07, Michael Johnson emerged as one of English football’s hottest prospects with an extremely impressive campaign in 2007-08 with Manchester City. Despite being hindered by an abdominal injury, the youngster scored three goals and put in a string of great performances during his 23 league outings.

Johnson actually started the following season in a promising fashion too, before a recurrence of the injury set the wheels in motion for one of modern football’s saddest declines. Frustrations led to off-field problems. Even a loan spell at Leicester City was cut short by injury, and Johnson was eventually released by The Citizens in December 2012 having played just one league game since the start of 2009.

Johnson wasn’t the only exciting member of the Manchester City squad around the time of the club’s 2008 buyout. Having formed a great understanding with record signing Robinho – who was another candidate for this mythical XI – the midfielder was considered by many to be one of the Premier League’s finest throughout the 2008-09 campaign.

A return of nine goals and a string of great performances saw Ireland move from upcoming talent to genuine star. The decline came fast and hard, however, leading to his sale in 2010. Despite playing OK at times during stints with Aston Villa, Newcastle, and Stoke City, Ireland has never looked like recapturing the form of that one heroic season.

After dragging Russia to the semi-final of Euro 2008, Andrei Arshavin became one of world football’s hottest properties before signing for Arsenal on deadline day in January 2009. For a short while, it appeared that Arsene Wenger’s £15m signing would pay dividends. The Russian’s four-goal haul at Anfield is still regarded one of the best individual displays in any Premier League fixture.

The No.23 seemed destined for greatness, but his form tailed off before visible disillusionment saw the English dream turn to a nightmare in spite of the odd spark, most notably against Barcelona in the Champions League. He eventually returned to Zenit in 2012-13 following a loan spell in the previous campaign.

Even at the cost of £2m from financially stricken Rayo Vallecano, Swansea City’s decision to buy Spanish striker Michu represented as a gamble in the summer of 2012. The deep-lying poacher offered virtually nothing to Michael Laudrup’s team in terms of their overall play, meaning his entire merit would be judged on goals. For one magical season, that suited him just fine.

On the back of his best season in Spanish football, the confident Michu quickly mastered the art of finding space and bullying his way to goals. There were 18 of them in total, in addition to four in the cups, which even saw the Swansea man called up by the then-World and European champions, Spain. Naturally, he couldn’t rediscover that form the following season, registering just two goals in 17 before falling out of favour and being released in acrimonious circumstances in November 2015. 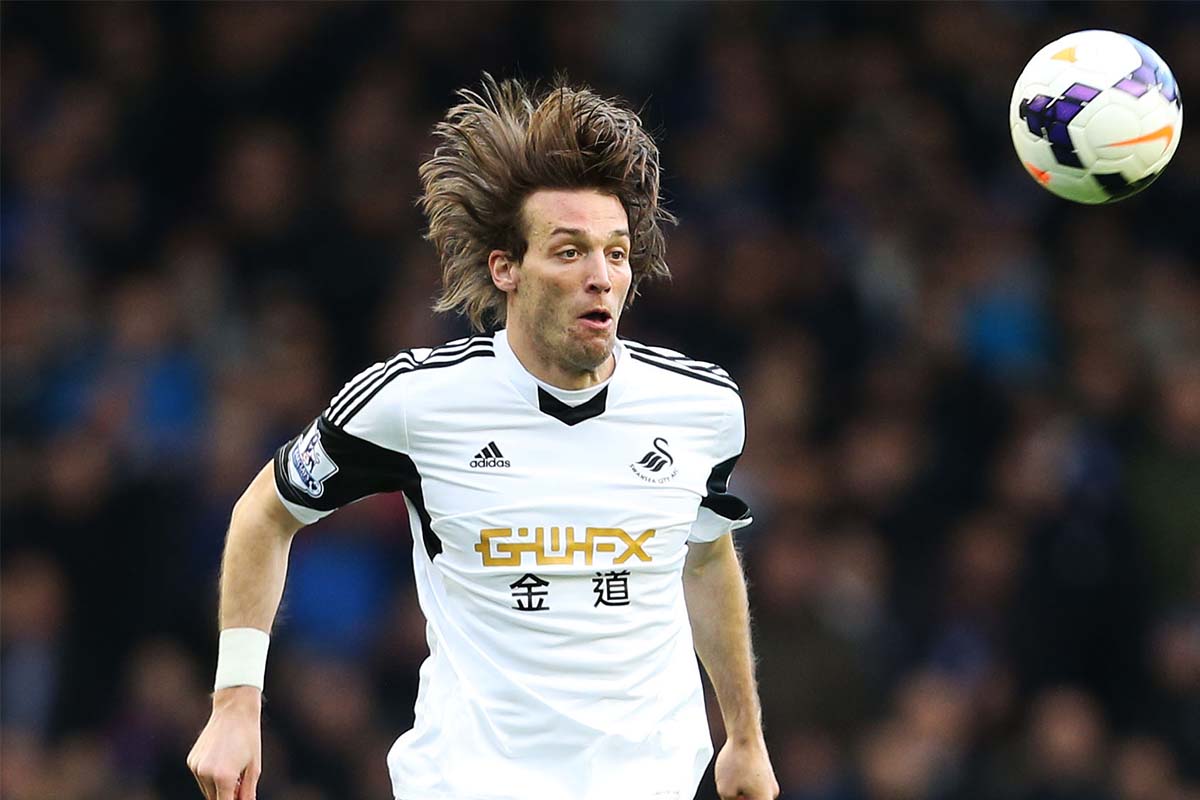 When Blackburn Rovers signed Roque Santa Cruz for £3.5m in the summer of 2007, most people didn’t even bat an eyelid. The former Bayern Munich man had shown glimpses of quality in Germany, but a return of 31 goals in eight years couldn’t have prepared anyone for the prolific nature of his debut season in England.

The Paraguayan’s haul of 19 goals fired Rovers to a seventh-placed finish, and saw the forward’s stock climb significantly. Despite scoring just four throughout the following season, Manchester City paid around £18m for the striker in the summer of 2009. Unfortunately for the Citizens, their investment didn’t pay off and he was sold two years later having scored just four times during his stay at the Etihad.

It’s easy to forget that Leeds United were one of the most exciting teams in the country around the turn of the millennium, which was underlined by their heroic run to the Champions League semi-final in 2000-01. By then, the demise of Michael Bridges was already in full swing. One year earlier, however, the youngster’s goals had been the catalyst behind the Elland Road club’s qualification for Europe's premier club competition via a third-place league finish.

In his first season following a transfer from recently promoted Sunderland, Bridges hit 19 league goals, which saw him touted as a nailed on future England star. Sadly, a string of injuries limited him to just 10 appearances over the next four years. Following spells at a number of Football League clubs, the striker moved to Australia in 2009 having previously spent a short loan spell down under in 2007-08.