Fifty-eight years ago today a full house at the old Boleyn Ground got a first glimpse of a young man who would go on to change the face of English football, forever.

Robert Frederick Chelsea Moore, at the tender age of just 17, ran out for his West Ham United debut against Manchester United – and what would prove the first of 647 appearances for the Irons.

But Bobby's story starts with tragedy; he was only drafted in by manager Ted Fenton after regular defender Malcolm Allison was struck down with tuberculosis.

Allison ended up having a lung removed and would never pull on the claret and blue shirt again, but few would have expected the player who replaced him on the team-sheet to have such a lasting impact on the club and their identity.

The more experienced Bill Lansdowne had been expected to provide cover that day against United, but boss Fenton decided to go for the younger man.

The sidelined Allison took on a role as a mentor to the younger members of the squad and spent a lot of time and effort developing tactics and ideas at the Café Cassettari opposite the Boleyn.

Moore had been scouted by word of mouth, after former sports master Tom Russell put a good word in the ear of a local scout named Jack Turner. Turner reported that he ‘wouldn’t set the world on fire’, but the player was able to train with the Irons courtesy of Russell's connections with the team.

The scout went back to watch Moore once again on a hunch, and realised there was more to the player than first met the eye. The training sessions gave him an opportunity to improve while he continued playing for local sides, and he began to understand the nuances of the game as he began his footballing education.

Moore was the happy to admit that he was ‘solid, rather than unspectacular' as a youth, but he continued to steadily improve as best he could, as others around him were picked up by professional clubs.

After two years with local sides, West Ham offered the player a full-time contract with the club. He was paid £12 per week for the honour, and it turned out to be money well spent.

Few would have predicted the impact that Moore would have on the squad, as he spent 16 years with the first team. He was thrust into the action after signing his professional contract with the club in April 1958, starting his first game just a few months later.

Over 35,000 were packed into Upton Park as he began an illustrious career against a Sir Matt Busby's United team that had been ripped apart by the Munich Air Disaster in February of that year. 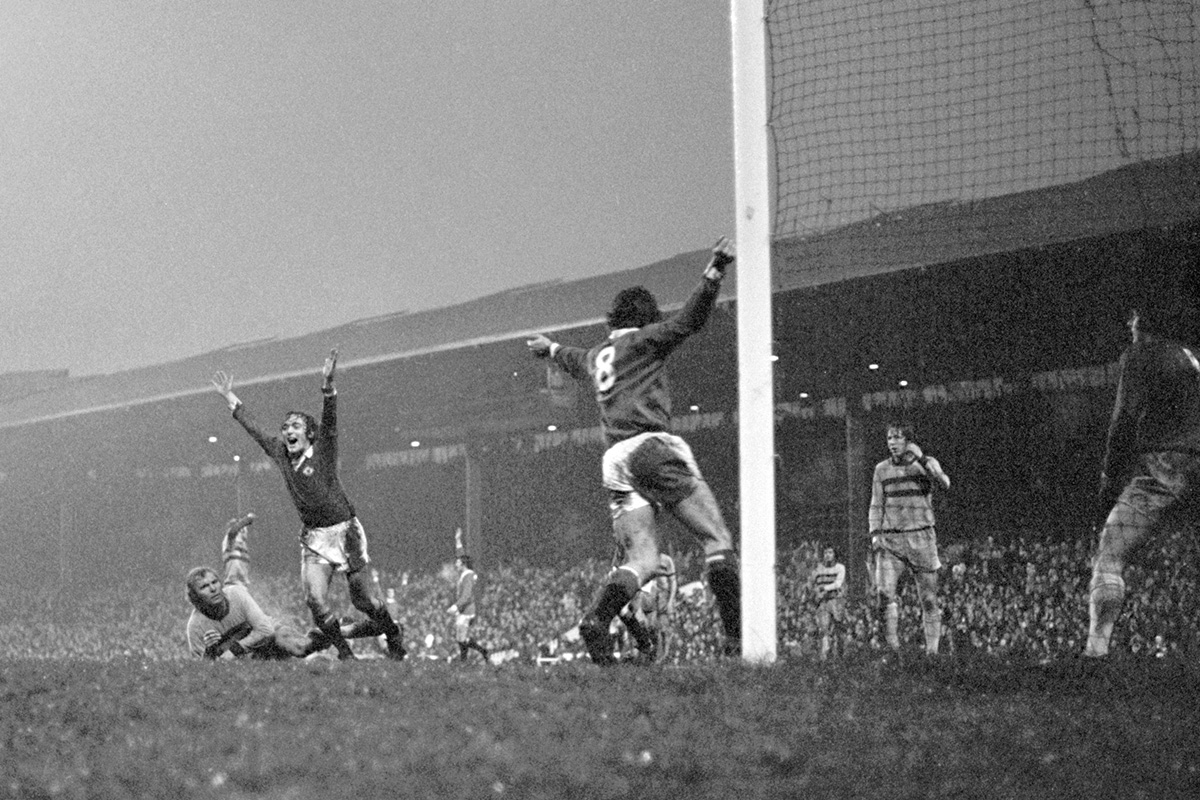 West Ham won the tie 3-2, with goals from John Smith, John Dick, and Malcolm Musgrove. It was a decent win against a strong United side, although it is remembered more fondly in East London as the day as Moore arrived in the first team

Moore had a relatively quiet debut, but it was an accomplished performance considering his age. He would make five appearances during his first season, and would go on to play 30-plus games in the next few years, as he did continued to do for the majority of his career.

Allison was one of the first to congratulate the young player on a decent debut, and it’s worth checking out his story, which included an improbable comeback from tuberculosis to play for Romford FC. He famously went on to have a managerial career that lasted for three decades, and he was known for his trademark fedora hat.

The Hammers had won the Second Division in the previous season, and ended 1958/59 with a decent sixth-place finish. Moore may have made few appearances in his maiden season, but he caught the eye as he slowly grew into one of the most recognisable players in their history. Captaining the Irons for over a decade is an accomplishment in itself, but he is also remembered as the captain of England’s 1966 World Cup winning side.

Everybody starts somewhere, and Moore’s debut might not have been as impressive as you might expect. Even so, he grew into one of England’s finest players over the next few years and in 1966 – during an international career that spanned 108 caps – helped his country to its greatest ever footballing accomplishment.

West Ham didn’t set up their academy through choice. With limited funds, they had to work hard on the training field on fitness and tactics in a bid to improve the players that were already there, while bringing through new blood that could be sold on for a profit.

It’s the reason why they’re known as the ‘Academy of Football', which is still part of the club's ethos today.

The advanced methods they used served to improve the England captain who, while not the most technically gifted player, had a work ethic that was unmatched among his peers.

He was a symbol of the club and what new recruits should strive to achieve, which ties into the very identity of the side as a whole. While they now have the ability to pay a club-record £20 million for Andrew Ayew, there will always be pressure to play in the ‘West Ham way' – just ask Sam Allardyce.

Success without fulfilment is the ultimate failure for some, and it ties into the slightly vainglorious idea that football should be played in a certain style. It’s romantic, but it hasn’t provided any recent silverware.

That is why it’s worth remembering that those cherished West Ham squads of yesteryear were born of necessity, and they’ve come a long way since the majority of their team were made up of academy players.

Sadly, he is no longer with us, but the Barking Boy shaped the modern West Ham that we all know today and has inspired generations of young English men who dream of holding aloft the World Cup just as he did. In July, Moore became the first footballer to be recognised with an English Heritage Blue Plaque, which resides at his childhood home. 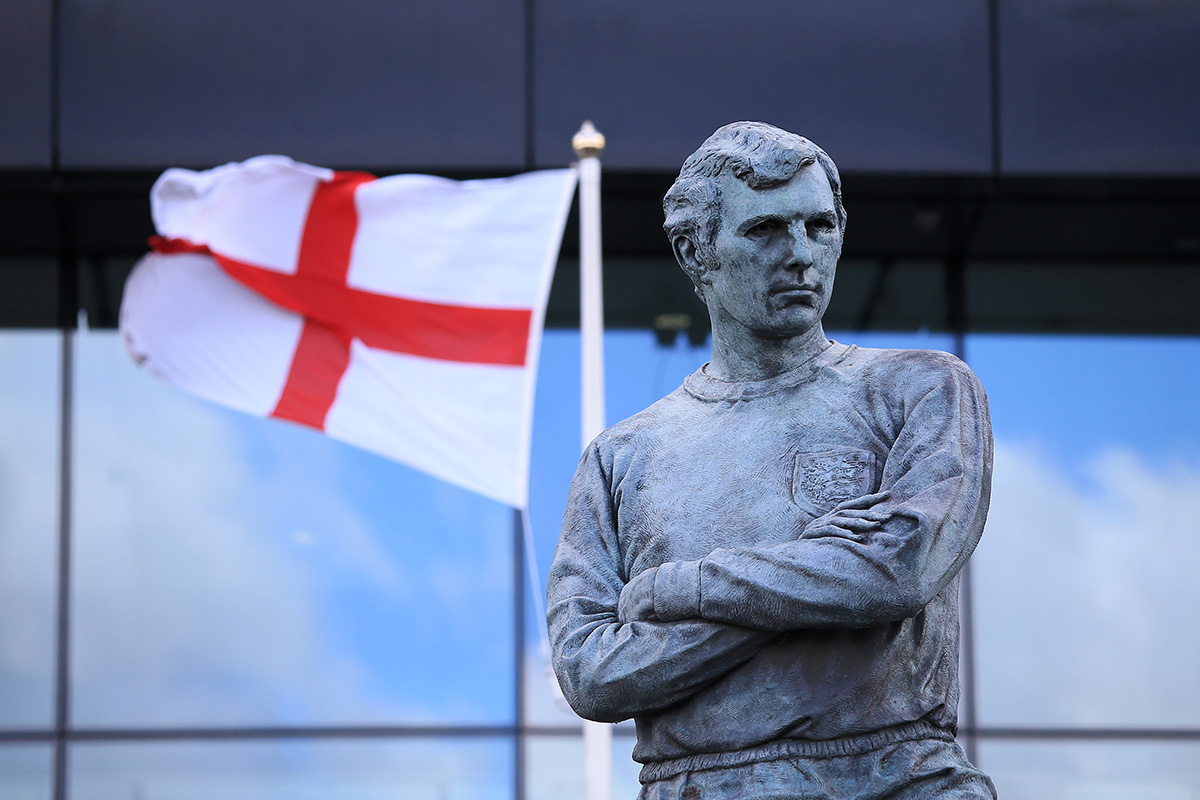