Olympiakos will be very pleased to have drawn the Azerbaijan side Neftci in the 2nd round of qualifying for the Champions League but they will want to make the home advantage count ahead of a trip to Baku next week. The visitors have nothing to lose but if they can secure a positive result on Wednesday then they really could cause an upset in this tie.

Three Predictions for Olympiakos vs Neftci

Wednesday's hosts have won three of their last five matches in all competitions, keeping clean sheets in two of those victories. Neftci haven't managed to keep a single clean sheet in their last four outings and while they remain unbeaten in their last six fixtures, the visitors are yet to face an opponent anywhere near the quality of Olympiakos.

Under 2.5 goals have been scored in three of Olympiakos' last five matches and the hosts haven't scored more than 2-goals in any of those games. Three of Neftci's last six matches have produced under 2.5 goals and haven't conceded more than 2-goals in any of their last 10 fixtures, so you can see why we're not expecting a goal-fest on Wednesday night.

We're predicting a 2-0 win for Olympiakos as that fits in perfectly with our other two bets. The hosts won their last game 2-0 and haven't scored more than two goals since winning 4-1 away at Panathinaikos in the final game of last season. While Neftci haven't kept a whole lot of clean sheets of late, they rarely concede more than two goals and will struggle to score against a tough Olympiakos defence.

Olympiakos vs Neftci: The Stats and Markets

Can Neftci upset the odds and secure a positive result in Greece?

Olympiakos entered the qualifiers at the 2nd round so have only played a few friendlies so far this season, but that shouldn't affect the overall result on Wednesday. The hosts have won three of their last five pre-season friendlies and their players should have more than enough match fitness to secure a comfortable home win against Neftci this week.

Neftci will be buzzing following their 4-2 aggregate victory over Dinamo Tbilisi. The Azerbaijan side ran out 2-1 winners in Georgia and then won 2-1 again in the 2nd leg, but this game against Olympiakos will be far tougher. Neftci won the Premyer Liqa by 2pts last season, finishing ahead of Qarabag, and they will be hoping to use that momentum in both of the legs against Olympiakos.

Your Questions – Olympiakos vs Neftci 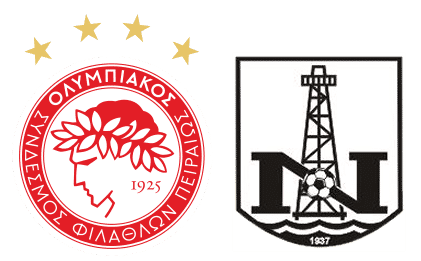