Only Jermain Defoe has more Premier League goals from the bench than new Chelsea striker Olivier Giroud. But the Frenchman has to start for his new club against West Bromwich Albion on Monday.

The Baggies have been the grim reaper for Chelsea bosses twice in recent memory with André Villas-Boas and Roberto Di Matteo both feeling the full force of Roman Abramovich's ruthlessness after losses against the Midlands outfit.

Antonio Conte, having overseen a run of just two wins in the Blues' last ten, will rightly be looking over his shoulder when Alan Pardew brings his side to Stamford Bridge on Monday night.

Chelsea were listless on Monday night when they went down 4-1 to Watford at Vicarage Road. However, the one spell in the game where they looked even remotely like reigning Premier League champions came after Giroud's introduction from the bench just after the hour.

Still feeling the effects of a hamstring injury suffered before he left Arsenal, the 31-year-old was judged only fit enough for a watching brief to begin with, with Real Madrid transfer target Eden Hazard deployed in a false nine role to begin with.

That was a mistake.

The Belgian has been Chelsea's best player in an entirely forgettable campaign. He can take matches by the scruff of the neck, beat defenders for fun and turn teams inside out at will. He is not, though, a presence up front.

Watford's highly organised press meant Chelsea struggled to get the ball into midfield, let alone up to Hazard. And his lack of physical presence prevented the visitors from going route one and hoisting long balls towards him.

However, by deploying Giroud the Blues would be able to shake things up at a moment's notice. Giroud is, after all, the very definition of a Plan B. With 17 Premier League goals as a substitute he is level with famed super-sub Ole Gunnar Solskjaer as the second-most prolific player off the bench in the league's history.

And West Brom provide the perfect opposition to give Giroud his first start against.

Asked about the fitness of Álvaro Morata and whether Giroud would start against Albion, Conte said: “Morata no. Giroud has trained and will be in contention. We are talking a lot about bad results, but sometimes we forget we are facing a serious situation.

“Players like Morata, for us, are very important and have been missing for a long period of time. I don't know how long he will be out. We are struggling a lot to find a solution to solve the pain in his back.

“If you ask me whether he needs a day, a month or the rest of the season, I don't know. I don't know. For this reason, I'm a bit worried. You know very well the importance of the player.”

The Baggies will come to Stamford Bridge looking to avoid defeat. Pardew's appointment has not resulted in the clichéd new manager bounce and with Albion bottom of the pile – five points from safety – a point against Chelsea would be a good return.

Pardew might have been appointed with the brief of providing West Brom supporters with a more entertaining brand of football than predecessor Tony Pulis, but he will have to channel the Welshman's best traits for Monday night's game.

That will mean a tight, compact defence, two banks of four and limited ambition from the visitors who will cede position in favour of keeping the rigid structure and discipline. Whatever Pardew has coached into his new charges on the training field, residual knowledge of how to be hard to beat will remain from Pulis' spell.

Up against the limited but imposing central defensive pairing of Ahmed Hegazi and Gareth McAuley, both 6ft 4ins, Hazard would not stand a chance. He won't be able to compete physically and against a low block there will be limited space for him to carry the ball.

Giroud, on the other hand, could thrive. The French international wins an average of 13.8 aerial duels per 90. Only Stoke target man Peter Crouch (14.4) and Brighton forward Leonardo Ulloa (14.2) have more success in the air. The Chelsea forward with the next best return in the air is Álvaro Morata. The Spaniard is ruled out with a back injury but wins 2.2 aerial duels per 90.

The Frenchman's sheer size means he will take the attention of both McAuley and Hegazi at Stamford Bridge on Monday night. That, in turn, will have a positive knock-on effect for Hazard who will benefit from the space that creates.

It was evident even in the Watford defeat. In Giroud's 26 minutes on the field he took the emphasis away from Hazard. In the image below, César Azpilicueta (out of shot) whips a cross in for the Frenchman while Hazard waits on the edge of the penalty area without a Watford player near him. 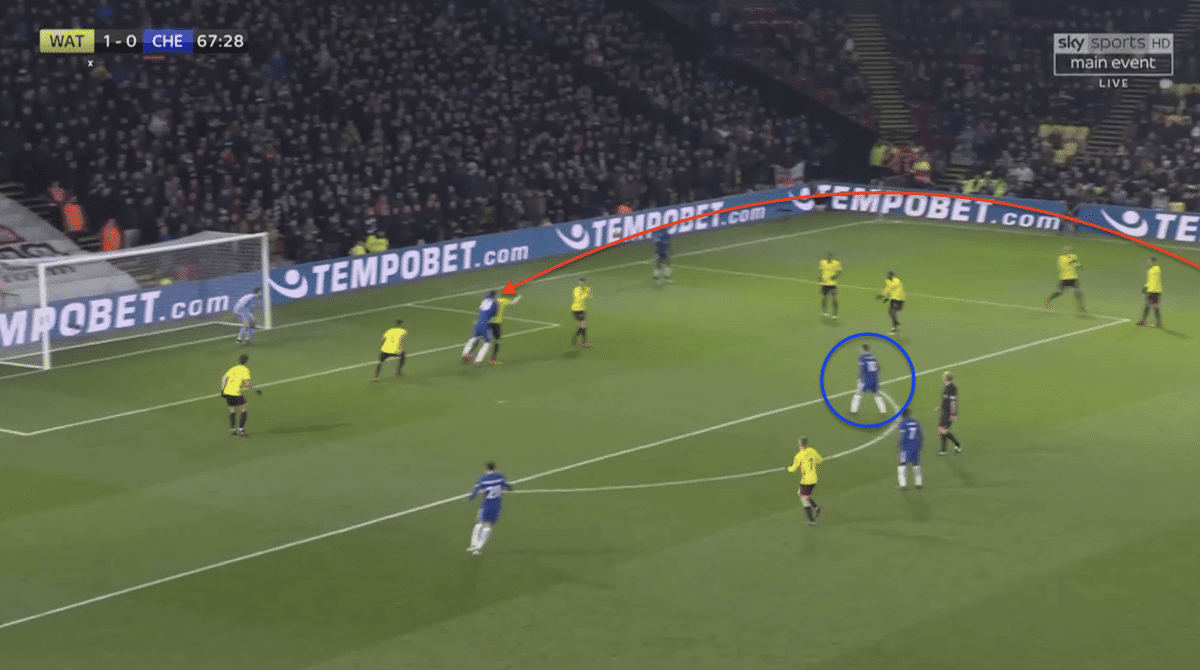 The maverick Belgian won't get quite as much space against a West Brom side bound to employ a low block , but the impact Giroud can have on Chelsea is evident. 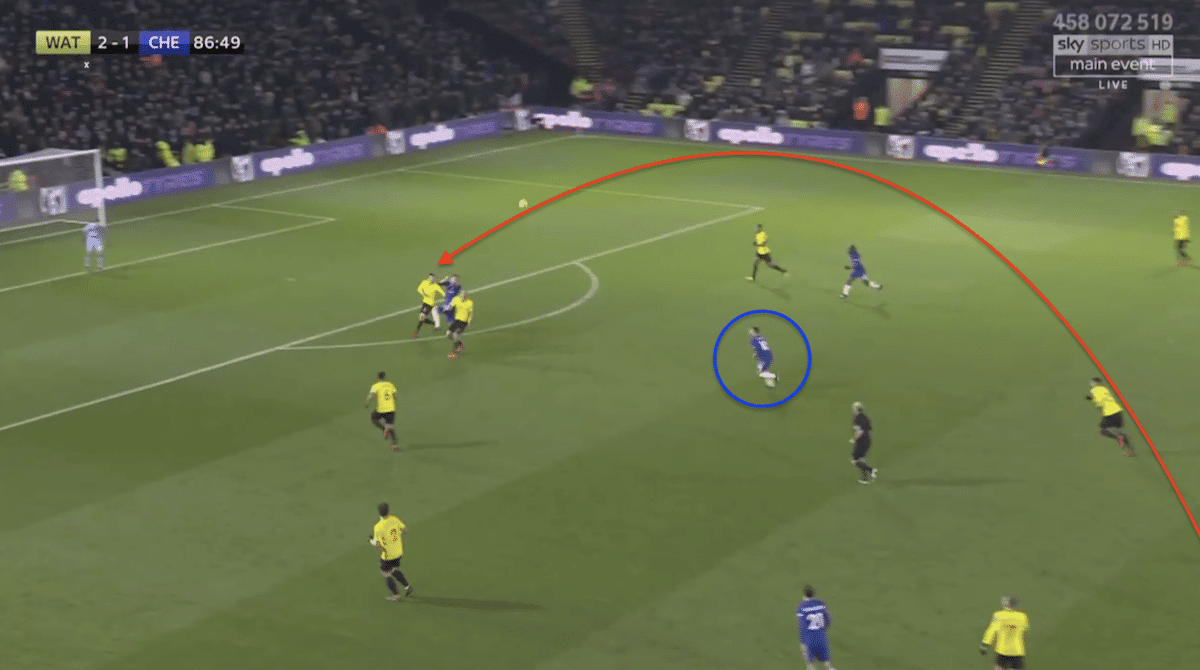 In the event, Watford clear the loose ball before Hazard can profit. But it is another example of how the duo can work in tandem to great effect.

The visit of West Brom could be a potential banana skin for Chelsea. But in Giroud they have the perfect tool to break down a stubborn Baggies' defence and ensure Eden is a Hazard for the visitors.