After already meeting in the group stages of Copa Libertadores, Olimpia and Internacional will also play each other in the Top 16 phase of the competition. To learn more about this game, read our detailed preview and get some free betting tips.

Our best free betting tips and predictions for Olimpia vs Internacional

If you are not sure what to bet on when it comes to the Olimpia vs Internacional matchup, check our favourite predictions for this match:

Odds can change at any time, so  check them with your bookmaker before you place your bet. Our recommended bookmaker for this game is Ladbrokes.

While Internacional is not the best form since they've failed to win in the last five matches in the Brazilian Serie A, they are at least playing competitive football at the moment, while Olimpia is still on a break in their domestic league. In addition to this Internacional won both matches against Olimpia in group stages, so we expect to see the same once again in this duel.

The two matches that these teams played in the group ended with an average of four goals, but only because one of them had seven goals. It was a convincing 6-1 win for Internacional, while the other game ended 1-0. In any case, we expect to see goals in this game. Internacional averaged 2.83 goals per game so far in the competition, while Olimpia averaged a staggering 4.5 goals per game.

Since we expect to see at least three goals in this duel, we also expect both teams to score in in. This already happened in one of their two head-to-head matches in the group stages this season, and we believe it can happen again. Furthermore, both teams have scored in five of the six matches that Olimpia played in the group, while the same is true for 33% of Internacional matches.

The best stats, odds, and more for Olimpia vs Internacional

If you want to place a bet on the best Olimpia vs Internacional odds, check our selection of odds from a few different bookies in the UK:

Olimpia vs Internacional preview: A repeat of the group-stage matchup

The team from Asuncion finished the season in the Paraguayan Apertura in the second place, five points behind Libertad who won the competition. The Clausura is starting next weekend, which means that Olimpia had a break for a bit over a month and that may affect their performance in the Top 16 phase of Copa Libertadores, which they've reached as second in their group behind their upcoming opponent Internacional.

The vice-champions of Brazil and one of the better teams in the league didn't have the best start to the new season in their domestic league. After 11 rounds, Internacional is sitting in the 14th spot, with just two wins in Serie A so far. Internacional failed to win in the last five games in the league as well, so they are not in the best form at the moment. Meanwhile, the team reached the Top 16 stage of Copa Libertadores after topping their group, although it was a very close battle and they only secured the top spot in the last round.

FAQ for Olimpia vs Internacional 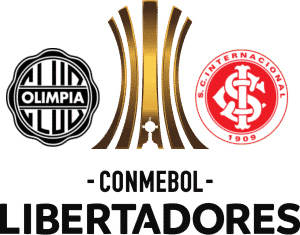