Oldham host bottom club Grimsby Town in the hope of further climbing up the table and continuing their good work from the last few weeks.

The Boundary Park will be the location for the match between Grimsby and Oldham. Both clubs share contrasting fortunes in terms of their recent form. Read this preview further to understand more about the game and get the latest betting tips.

Oldham have picked up a solid set of results to move up to 15th in the table. Keith Curle had seen the team pick up two wins in 10 games until the end of March. Now, they have managed three wins in the last four games with the other match being a close affair against promotion-chasing Morecambe. After a disappointing midweek game, Grimsby may not offer much of a threat.

Grimsby sit at the bottom of the table with the highest negative goal difference in the division. The team has also failed to score in two out of the last three league outings. Even though Oldham have improved in form since the arrival of Curle, they have struggled for clean sheets. Yet, this will be a match where the team breaks the hoodoo.

Oldham to score over 1.5 goals

Keith Curle has watched his Oldham team find some good scoring form in the last few weeks. Since his appointment in March, there have already been some big wins like the 5-2 win over Colchester and 3-0 win over Harrogate Town. Oldham have looked quite good going forward while Grimsby had a match to forget against Morecambe in the midweek action. Oldham have come up with over 1.5 goals in three out of the last four meetings.

Curle has brought about a resurgence at Oldham which has also produced a lot of joy for spectators. In the last four games, Oldham have been able to achieve a remarkable 15 goals. The team had only managed 55 goals from the previous 38 games. The team has been getting goals from different areas of the pitch with the form of Conor McAleny particularly excellent. The 28-year-old has now moved up to 16 league goals for the season.

Top Betting Odds and Stats for Oldham vs Grimsby

FAQs regarding Oldham vs Grimsby Coverage and Accessibility 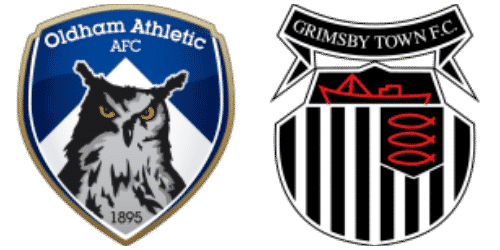 The Boundary Park in Oldham will be the location for this game.

The favourite team to win this match would be Oldham at odds of 5/4.