While Celtic appear to have seen off Rangers‘ title challenge this season, eight points clear and odds-on favourites to claim an eighth successive Scottish Premiership crown, the Old Firm rivals are set to go head to head in the transfer market this summer.

The Glasgow pair have reportedly identified defender Tomáš Kalas as a key target, with the Bristol City loanee thought to be valued at around £5million by parent club Chelsea.

Kalas is a long-standing member of the Blues' loan army. The Czech centre-back signed for Chelsea almost nine years ago, moving to Stamford Bridge in a £5.2million deal from Sigma Olomouc back in July 2010 when he was just 16 years old, but he has only played four times for the west London side.

Immediately loaned out to sister club Vitesse Arnhem, Kalas spent two years with the Eredivisie club. After an ill-fated half-season in Germany with Cologne, where he made no top-flight appearances, the 25-year-old has spent the last three and a half seasons in the Championship, made up of 18 months with Middlesbrough, two campaigns with Fulham and a stint at Bristol City this term. 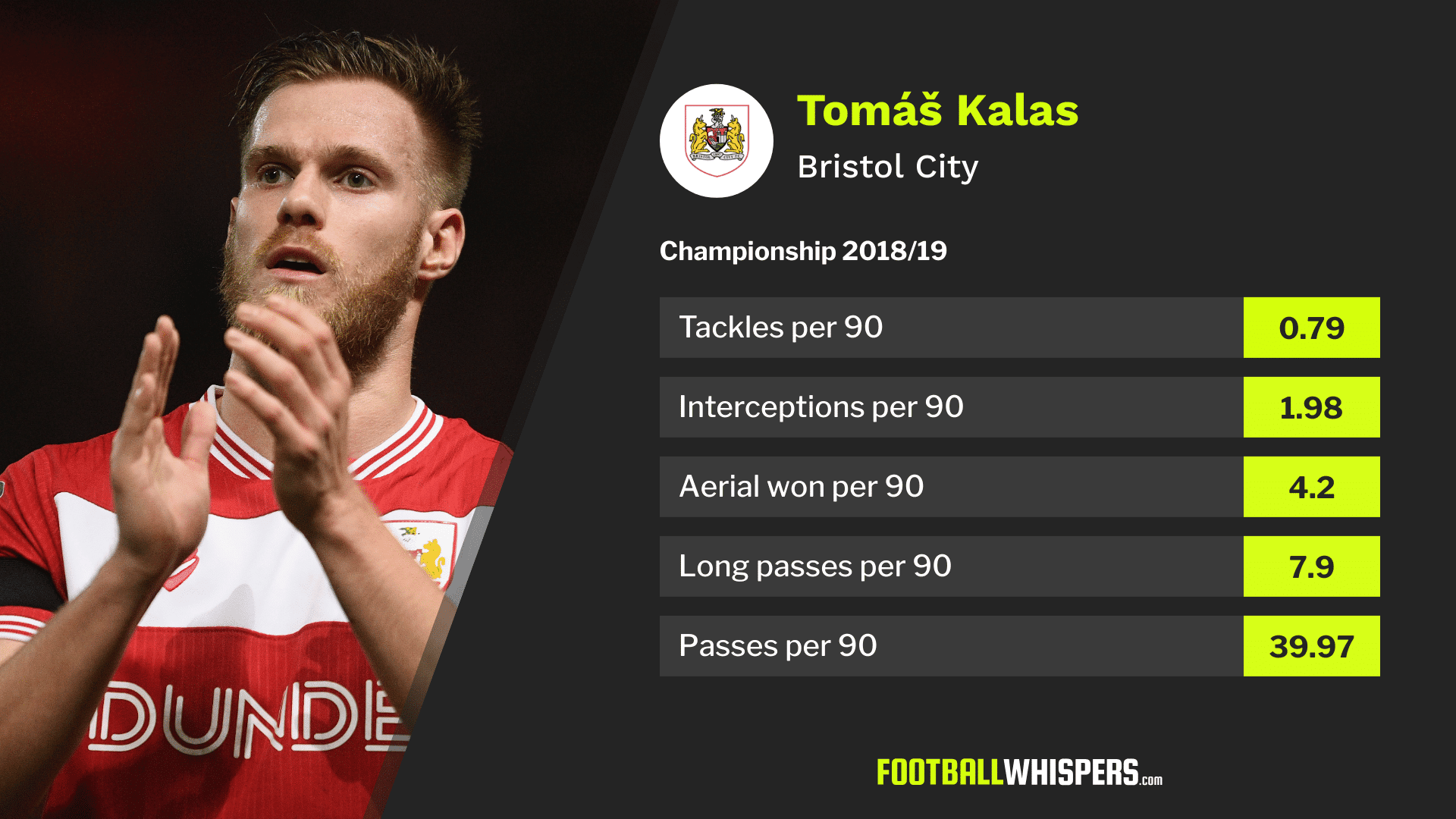 Kalas has been outstanding for the Robins this season, one of the primary reason they were able to put together a 13-game unbeaten run between November and February to climb into play-off contention – although poor recent form (three defeats and two draws in their last five league games) threatens to see them slide out of the top six.

Commanding in the air and confident with the ball at his feet, the 18-cap Czech Republic international's strongest attribute is his anticipation, able to read opposition moves as they develop and intercept possession – his average of 1.98 interceptions per 90 minutes rank him among the top 12 per cent of defenders in England's second tier.

“Well, he’s a top player,” Bristol City assistant manager Dean Holden said in January. “He’s got experience of promotions. He’s a fantastic character off the pitch as well. He’s been immense for us this season.”

However, the Robins don't hold an option to buy the player at the end of his loan at Ashton Gate, although Holden has admitted the club plan to negotiate a permanent move: “We’ve got him til the end of the season, which we’re absolutely delighted about. I’m sure them discussions will take place at the right time.”

But Bristol can't offer Kalas top-flight domestic football – unless they earn promotion to the Premier League this term – nor the chance to play in Europe, two things the Old Firm can provide.