West Ham are a proud club. Not necessarily because of a rich history of success on the field as their collection of silverware is relatively modest, but pride of the club’s identity and what it stands for resonates throughout; Hurst, Peters, Moore and ’66, the ‘Academy of Football’ and the blue collar, working class support that binds it.

All clubs are fiercely loyal and defensive of their history but few seem so wedded to a sense of character and old school honour as the Hammers.

Which is why events of recent years have been so regrettable and caused such humiliation; the subsequent protests and vitriol towards the board.

Manuel Pellegrini’s arrival was supposed to change that. This was a proper, credible, high-profile manager befitting of a more successful and high-profile organisation but who was now in charge of the Hammers and his signing of a clutch of impressive new players gave rise to considerable optimism.

Two games into the season is far too early to judge and Pellegrini will be given considerable time and patience both from the board and supporters, but there is no doubt the feelgood factor has been replaced by a strong degree of anxiety and uncertainty.

Because West Ham have been bad. Really bad, in fact. Utterly outplayed by Liverpool in the Chilean’s first game in charge was written off as a work in progress, which West Ham remain, but their 2-1 home defeat to Bournemouth did little to present any evidence of development under the new manager.

It was all eerily similar to Slaven Bilić's more chaotic moments. A defence and midfield with no direction, on or off the ball, and an attacking unit isolated and playing as individuals. 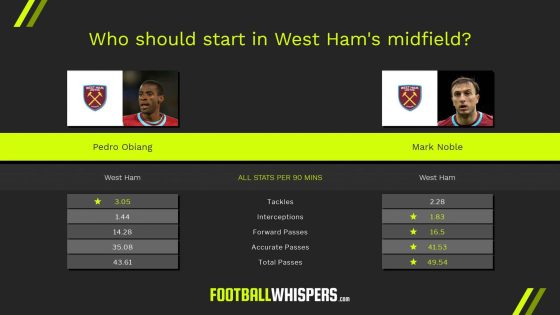 And while it’s prudent to remain patient as Pellegrini untangles and remoulds this group of players, one alarming aspect of his first two matches at the helm has been his midfield.

At Anfield, he went with a trio of Jack Wilshere in progressively more advanced roles. Rice’s withdrawal at half-time amid a Reds rout, followed by the 4-0 scoreline forced a rapid rethink.

Against the Cherries it was a more traditional, Pellegrini-esque Noble and Wilshere in a 4-4-2 with Robert Snodgrass introduced on the right-flank and Felipe Anderson floating from the left side into central areas – producing similar results.

Two approaches, two familiar outcomes and in neither game have the Hammers been able to get a firm grip on the opposition. Ball retention has been okay, they rank 12th in the league for average possession (48.4) and 10th for passes per game (426.5), but it means little when opposition players are slicing through the centre of the field with such ease. 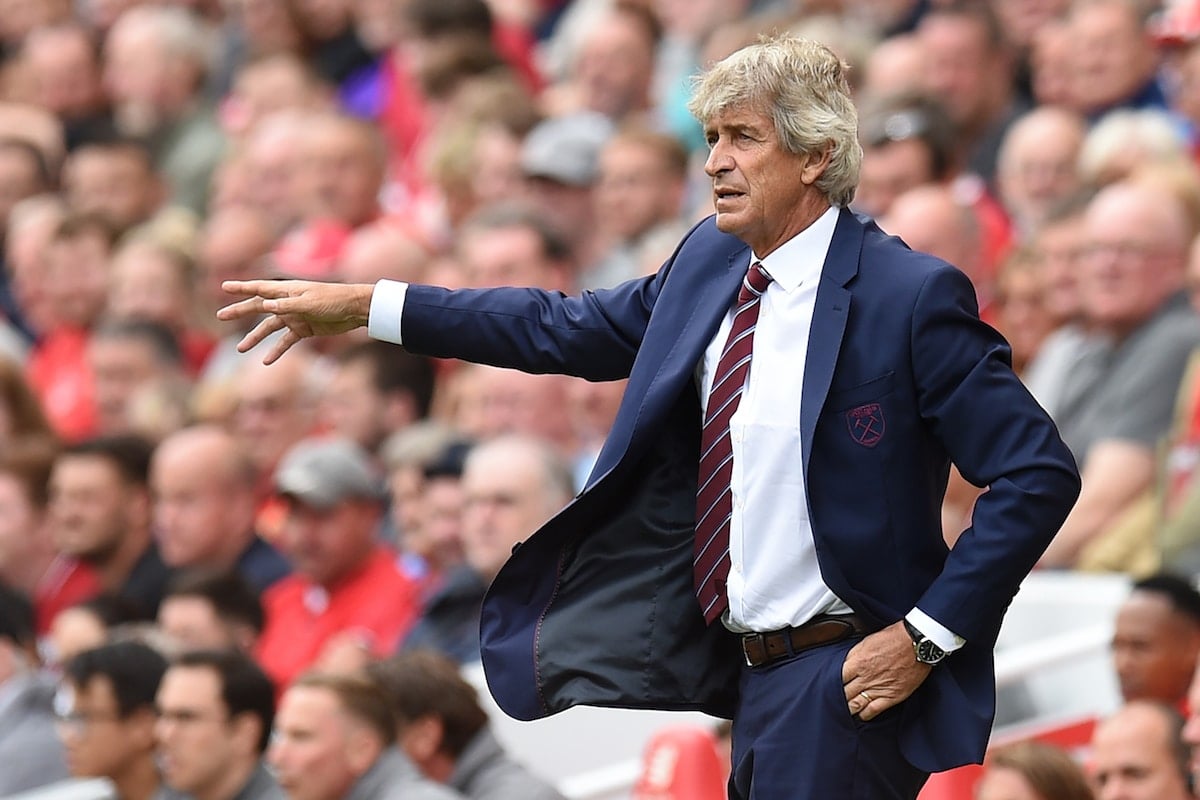 It’s unclear if Pellegrini will change things again for Saturday’s trip to Arsenal, but the longer he keeps Noble and Wilshere in a midfield together, the harder he’s going to make it for himself to instil his ideas on this team.

Both are painfully slow footballers who are not particularly proficient in tracking midfield runners or breaking up the play. Wilshere has been busy to a degree, with three tackles and three interceptions and Noble four tackles but the former hasn’t looked match fit and the latter has been dribbled past five times.

It wouldn’t be so bad if there was some production going forward but just 21.5 per cent of Wilshere’s 93 pass attempts have been forward and he’s managed just one key pass in open play. Noble has a marginally better 27.9 per cent of 69.52 with two open play key passes.

None of this is breaking news, which makes it all the more puzzling why Pellegrini persists. Especially when he has exactly the kind of midfielder he needs sitting on the bench in Pedro Obiang.

Before his knee injury last season, the former Spain Under-21 international was one of the few bright sparks in a claret and blue shirt through Bilic’s botched start to the campaign. Obiang displayed box-to-box energy, was a growing shield in front of the defence and provided cohesion in possession.

Often when players are out for substantial periods of time – Obiang missed four months and 12 league games – it heightens their apparent contribution, especially when their replacements perform so poorly but the 26-year-old looks the only candidate right now to heal the wounds in West Ham’s midfield.

Jérémy Toulalan as his mobile, holding midfielder – it is crucial to his system.

Last season, Obiang ranked 10th among all Premier League midfielders for tackles per game with 3.05 and 37th for interceptions with 1.44. He also combined that with 1.38 take-ons (16th in the league), 1.15 aerial duels won (35th) and reasonable enough passing stats of 35.08 accurate per game (45th).

If you want to play in a 4-4-2 you need at least one all-round midfielder, who can play on the front and back foot. Granted, Obiang isn’t particularly creative – just 0.34 open play key passes and 0.02 xA – but Pellegrini signed Anderson primarily for that job.

If he wants to use Wilshere as an auxiliary playmaker, arguably his best position as it utilises his dribbling and negates the importance of him in a defensive sense, he needs greater protection than the slow legs of Noble and Rice, who spent last season as a centre-back and is still learning his trade as a Premier League footballer.

Obiang is solid, unspectacular and a worker who can cover ground and bring a physicality to a meek Hammers midfield. Exactly the sort of individual to bring identity and character back to the team, and ultimately restore some pride.