Leopards will be eager to end the campaign with an undefeated streak when they travel to face Nzoia Sugar on Saturday, 11 June. Nzoia Sugar are also unbeaten in the last three outings.

Though Nzoia Sugar didn’t lose in the last three attempts, the team has confirmed only one victory in the last ten games. On the other hand, Leopards have been consistent in the recent match days and won three of the previous four attempts, losing zero in the recent six duels. Back to H2Hs, the Leopards are also unbeaten in the last six H2Hs, winning two of them. So we think that the coming visitors will be a difficult challenge for the hosts and are likely to register the victory.

Nzoia Sugar will be hoping to continue the scoring string at home as they are scoring from the last three games consistently. In opposition, the Leopards’ attack has been impressive that didn’t fail to score in any of the outings of 2022. The teams have also contributed to the BTTS outcomes in three of the previous four H2Hs. Hence, we predict the same tendency to be repeated here in this duel.

Nzoia Sugar vs Leopards: Check out the best odds and the latest stats

Nzoia Sugar vs Leopards: Check out the team lineups

Nzoia Sugar ended the third game in a draw of the previous four visits previously against Gor Mahia. The team have confirmed only five wins in the season but a long run of draws restricted them to get into the relegation zone, standing at fifteenth with 31 points.:

The Leopards terminated their winning sequence in the last game but made a comeback in the second half against Nairobi City Stars to end the game in a 1-1 draw. With the help of 11 wins and 12 draws in the 30 attempts of the campaign, the team is currently present in the eighth position in the standings.

Questions About Nzoia Sugar vs Leopards 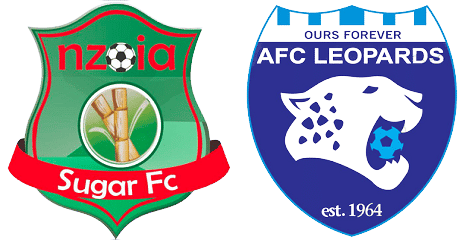 Where is the game being played? Sudi Stadium.