“The richest game in football” will be bellowed loud and proud this weekend. Except this bold declaration won’t be referring to events in Kiev as Real Madrid and Liverpool meet in the Champions League final but to the Championship playoff decider.

Cristiano Ronaldo, Sergio Ramos and Mohamed Salah may be competing for the biggest club prize in the global game yet the Bank Holiday weekend bonanza at Wembley, which kicks off two hours and 45 minutes earlier, is arguably of greater significance for the sides involved.

For Aston Villa and Fulham the prize of the Premier League awaits. And while for supporters that represents glamour encounters against the Manchester clubs, Liverpool, Chelsea and Arsenal, for club owners and external stakeholders, the pot of gold at the end of Wembley’s arch is even more appealing.

According to Deloitte, at least £160million is at stake for the winners on Saturday afternoon. By comparison, in monetary terms, the difference between victory and defeat for Liverpool and Madrid in Ukraine is a mere £4m; less than three months of Ronaldo’s salary at the Bernabeu.

Deloitte’s figures are based on one season’s earnings plus two in parachute payments, and an estimated additional £120million would be secured should Premier League survival be secured for at least one additional campaign.

For Fulham, who posted a turnover of £34.9million for the last financial year with losses of £23.3million – a notable and troubling increase from £12.5million in 2016 – the need to reach the Premier League promised land is obvious. 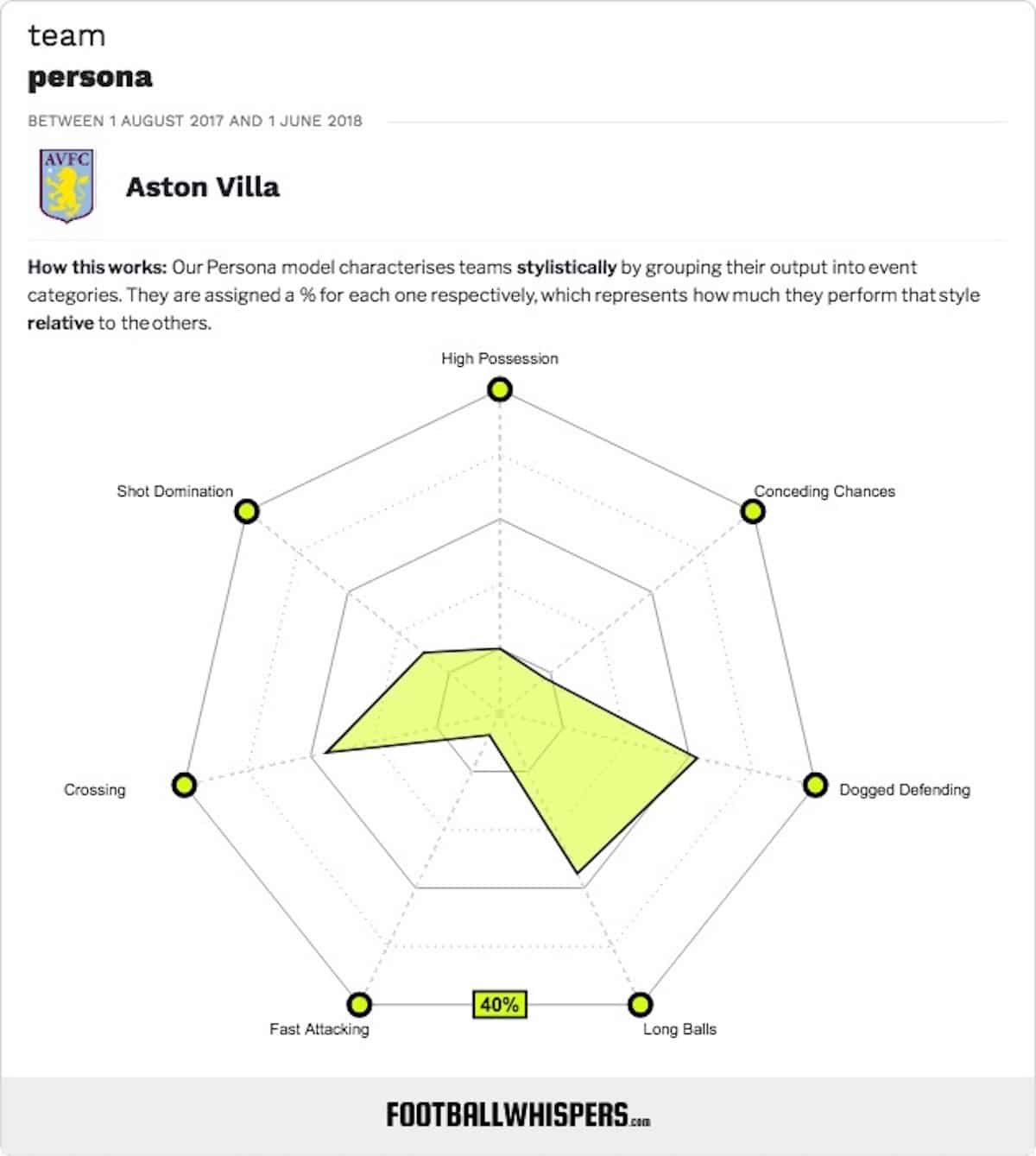 Aston Villa are a larger club than their west London opponents and their turnover for the financial year 2016/17 was reflective of this at £73.8million. However, it also highlighted the cost of falling out of the top flight it was a drop of £35million following their landmark relegation in 2016.

It’s a vicious circle to an extent, as trying to exist in the Premier League is extremely expensive and then once a club suffers relegation, it can take years to address the financial black hole. For Fulham and Villa Saturday represents a considerable financial fix.

The incentives are obvious when last season’s playoff winners Huddersfield Town are considered.

The Terriers, who finished 16th claimed £102,391,564 in total earnings from the Premier League pot: £4.8million from central commercial sponsors, £9.6million in prize money, £12.3million in facility fees (based on how many times their fixtures are broadcast), £34.8million in domestic TV revenue and £40.7million in overseas TV income.

For additional context, based on the most recent season, rock bottom West Brom still received £94,666,492 and have three years of parachute payments to follow.

Looking back, 2015/16 playoff winners Hull, who unlike Huddersfield, were relegated in their first season pocketed £97.3million. The 2014/15 playoff victors Norwich suffered the same fate 12 months earlier and headed back to the Championship with £67.1million.

These are figures to make Tony Xia and Shahid Khan very, very excited and present one agreeable reason as to why men with no discernible link with Birmingham or west London should choose to invest in English football clubs.

Promotion also increases security in the parachute payments that will follow should they be unable to remain in the top-flight, especially in the Cottagers’ case.

Following their relegation in 2014 Fulham received their final parachute payment this season of £16.3million plus £2.3million in TV distribution money. Should they beat Villa on Saturday, relegation 12 months later would put them in a new two-year parachute payment cycle of £74.4million (£40.9m for 2019/20 and £33.5million for 2020/21).

But if Villa triumph at Wembley, Fulham’s financial umbilical cord with the Premier League is cut.

As much as neither team wants to admit it, the division in which they are playing in dramatically affects the future and/or value of their prized assets.

Should Fulham beat Villa, they retain a glimmer of hope in keeping hold of Ryan Sessegnon. If that optimism proves ill-founded, selling the 17-year-old as a Premier League club is vastly different than as a Championship organisation.

It could be anything from a difference of £10million to in excess of £20million. The same rule applies to Tom Cairney or Ryan Fredericks, albeit on a smaller scale. Villa can apply the same logic to Jack Grealish.

The knock-on effect of life in the big time is that players cost considerably more money to buy and pay on a monthly basis, which may slightly negate this. But if you can cut your cloth accordingly it’s a hugely lucrative landscape.

A more attractive one as well as negotiating sponsorship deals and creating corporate partners overseas is made considerably easier by the elevated status of being a Premier League club. Figures are increased from the hundreds of thousands to millions straight away.

Xia and Khan may plead passion and desire for Villa and Fulham but they are very rich men investing in a business to make money. You can’t do that in the Championship and the Premier League gives clubs the spotlight and credibility to grow a brand on a global scale.

It also allows sides to construct a more viable business model and proposition to potential buyers should you choose to sell up. As former Villa owner Randy Lerner discovered to his horror.

In terms of a club’s basic income – what used to keep teams afloat – Premier League football undoubtedly has a considerable effect on gate receipts and merchandising plus then factor in the additional prestige of having a top-flight club, and the uplift that creates.

A study in 2013 by Cardiff University concluded Swansea’s first season in the Premier League was worth £58million alone to the city, while a report by EY concluded Leicester’s title victory in 2015/16 boosted the local economy by £140million, created 2,500 jobs and £78m in tax revenues.

Putting an exact figure on the borough of Fulham or ward of Aston in England’s two largest cities is difficult, but it’s safe to say in will at least be north of £30million.

When all these factors are considered alongside what the Premier League guarantees you in income, if anything £160million is undervaluing the importance of the result on Saturday.