Selling your best player doesn't ever initially seem like smart business. In isolation, it isn't. But if the money is then invested in the squad, properly, it could be the best thing a club does.

With this in mind, Arsenal should cash in on Pierre-Emerick Aubameyang this summer. The former Borussia Dortmund star is reportedly a target for Chinese clubs Guangzhou Evergrande and Shanghai SIPG, with both teams believed to be happy to pay the Gabonese speedster £300,000-per-week.

Inter are also interested in the soon to be 30-year-old with reports claiming Manchester United‘s valuation has put them off advancing with a move for Romelu Lukaku.

New boss Antonio Conte wants to bolster his attacking options and with the sales of Mauro Icardi and potentially Lautaro Martínez, plus the windfall from once again claiming Champions League football, the former Chelsea boss has cash to throw around.

The needs of the club 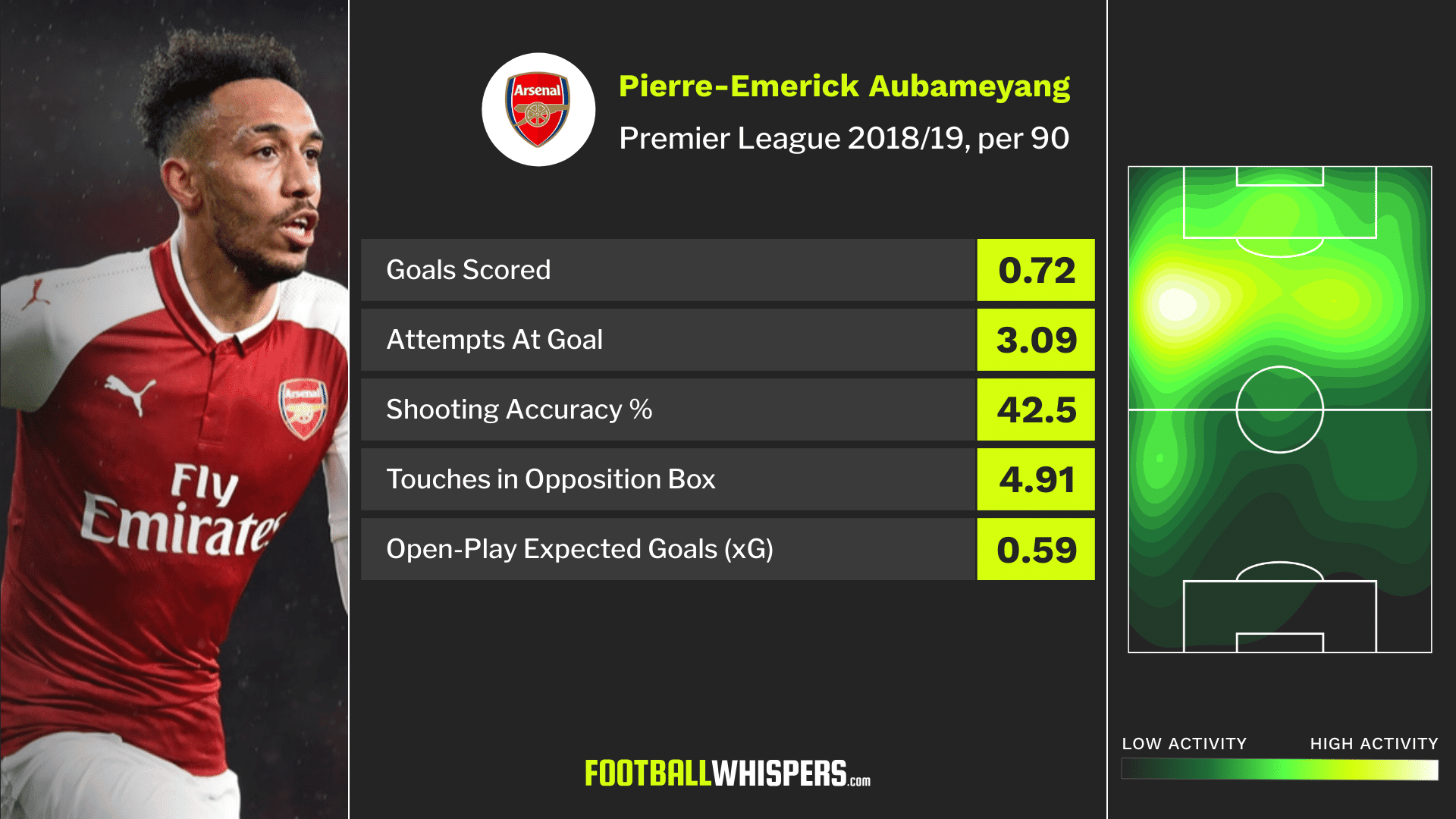 On paper, selling your prized asset in the same summer you're already losing one of your best midfielders isn't ideal. Aaron Ramsey's departure leaves a void in the Arsenal team, one which isn't going to be cheap to fill. But it is a void which needs to be filled.

The Gunners also need defensive reinforcements. No team in the top four conceded more than 40 goals in the Premier League during the 2018/19 campaign, Arsenal finished the season having been breached 51 times. In the top ten, only Manchester United and West Ham had a worse record.

High-quality defenders come at a price because they're the ones who'll help secure a top-four finish. The more resolute and reliable the defence is, the more points you win by scoring fewer goals.

With the Gunners missing out on Champions League football for a third successive season, recent reports claim Unai Emery will have just £45million to spend before sales.

Other than Aubameyang and strike partner Alexandre Lacazette, who do Arsenal have on their books who they can sell to boost their war chest this summer?

Mesut Özil's wage demands mean any fee to take him away from the Emirates will be minimal at best. Héctor Bellerín is still out injured so can't be sold. Henrikh Mkhitaryan‘s stock has dramatically fallen since moving to England.

Somehow, the Gunners need to improve their squad.

The curious case of Aubameyang

The simple solution would be to cash in on a player often used out of position on the left. Yes, Aubameyang was the club's top scorer last season, and he finished as a joint Golden Boot winner. But he can, at times, be wasteful.

For context, his open-play expected goals per 90 average for the 2018/19 season was 0.59, one of the highest in the league, but his post-shot expected goals average was 0.45. That shows his shot placement actually decreased the value of the chances he had. 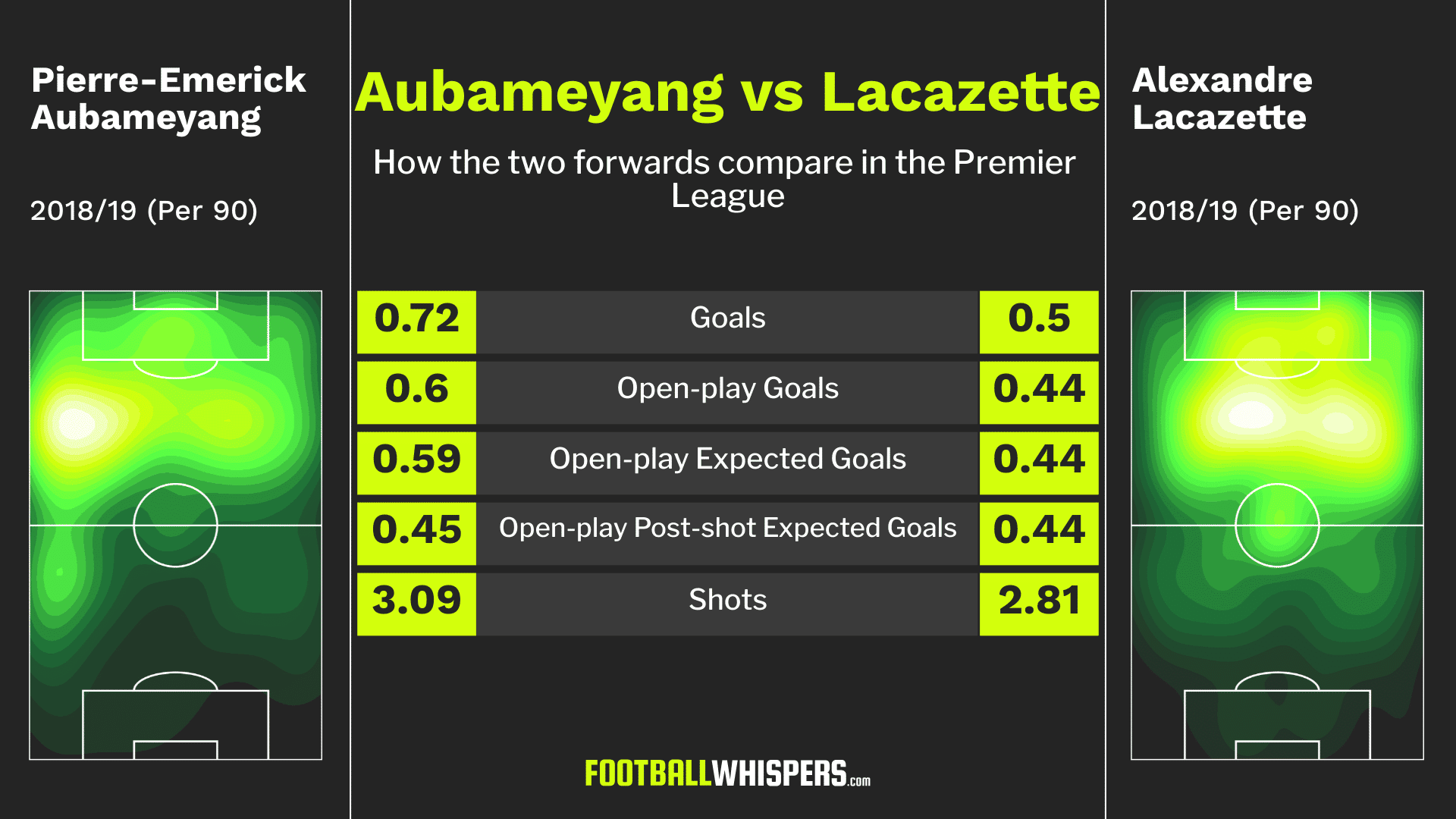 Lacazette, on the other hand, had an expected goals average of 0.44 and his post-shot total was identical. He didn't enhance his opportunities like some but he didn't lessen them either. The Frenchman is fairly reliable in front of goal.

Furthermore, Aubameyang is someone who thrives on service. During his time at Dortmund, he turned into a poacher.

With Ramsey leaving, Özil's relationship with Emery questionable and Granit Xhaka refusing to comment on whether the club has improved since Arsène Wenger's departure, you have to wonder where the chances are going to come from.

With all things considered, Arsenal have a 29-year-old poacher playing out of position, at times, to get into Emery's XI because he's too good and too valuable to leave out. That doesn't mean he can't do a job there – he obviously can – but he might not be the best man for that role.

Sometimes to improve as a club you have to make tough calls. Elite players are sacrificed in order to bring up the quality on show throughout the team. It may appear to be seen as a backwards move but without an endless supply of money, it's the only way teams can strengthen.

Liverpool are a good example of this. They sold Philippe Coutinho, in the form of his life prior to the move, in order to fund moves for Alisson and Virgil van Dijk. They went from top-four hopefuls to Premier League challengers, despite selling a player many deemed to be the best they had at their disposal.

With clever scouting, Arsenal could use the £70million from the Aubameyang to sign two attackers while using the £45million transfer budget to sign a centre-back and a midfielder. This window could be an opportunity for Emery to shape the squad how he wants, instead of being obligated to use the players he inherited.

According to Italian outlet Tuttosport, the Gunners have already had a £37million bid rejected for Sampdoria duo Dennis Praet and Joachim Andersen. That is exactly the sort of business they should be looking to do.

It could be a transitional summer for Arsenal. One that sets them up for years to come. Aubameyang's potential departure isn't the end of the club's dreams to compete at the top, it could be the beginning of the Gunners reclaiming their place in the Champions League.