We will preview the clash between these two middle-table clubs and give you our honest predictions, odds, and betting tips for the event.

Below, you can see what our Championship experts came up with in terms of free betting tips for the Notts Forest vs Huddersfield fixture.

Our recommended bookmaker for this match is Ladbrokes. You should check out the odds on the bookmaker page before placing any wagers because they might have changed by the time you read this.

Forest is five points ahead of Huddersfield, but their recent form speaks volumes they won or drew four out of their last five Championship games. Huddersfield's last ten away games ended with a single win, two draws, and seven losses, so they have a tougher time away from home. Also, the last win for the Terriers was more than a month ago against QPR.

Nottingham Forest scored the first goals in the first half on two occasions out of the last three games they played, while Huddersfield scored during the end of the match in their latest loss against Bournemouth.

In the table below, you can check out the latest head-to-head data for the fixture and make an informed decision.

Notts Forest vs Huddersfield: Match Preview and Latest News on the Event

Nottingham is in better form during the Championship and it's a no-brainer that we think they will win on Saturday. They are also most likely to score first, like in the last two wins against Cardiff and QPR.

Notts Forest only has two injured players – Harry Arter with a calf injury and forward Joe Lolley with a hamstring. Huddersfield on the other hand will be missing eight players due to various injuries, including H. Stefano Toffolo, Alex Vallejo, and Carel Eiting. 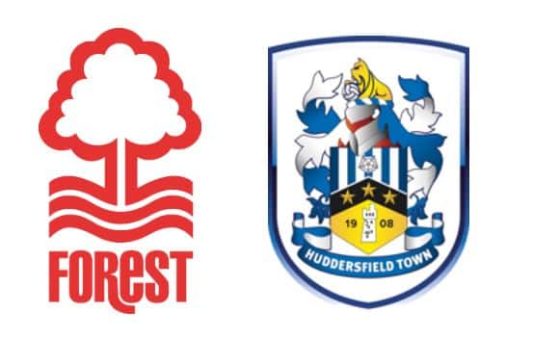 Questions & Answers Regarding the Saturday Fixture